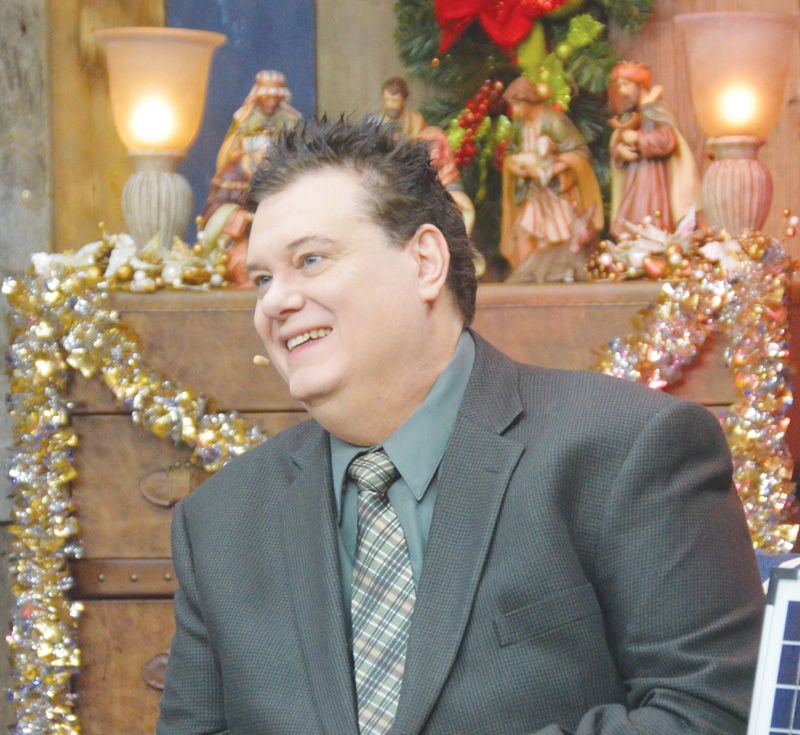 Kevin Shorey is all smiles as he greets the studio audience before “The Kevin Shorey Show.” 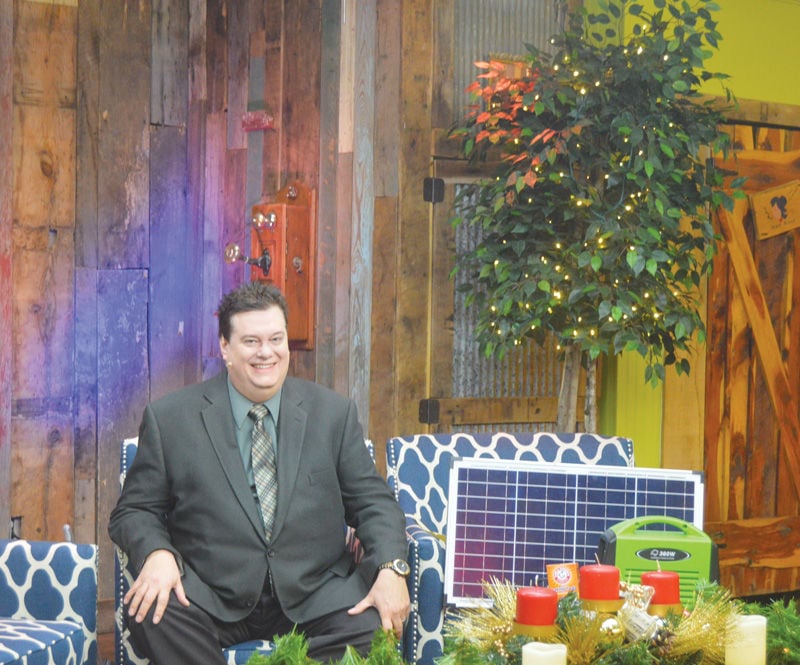 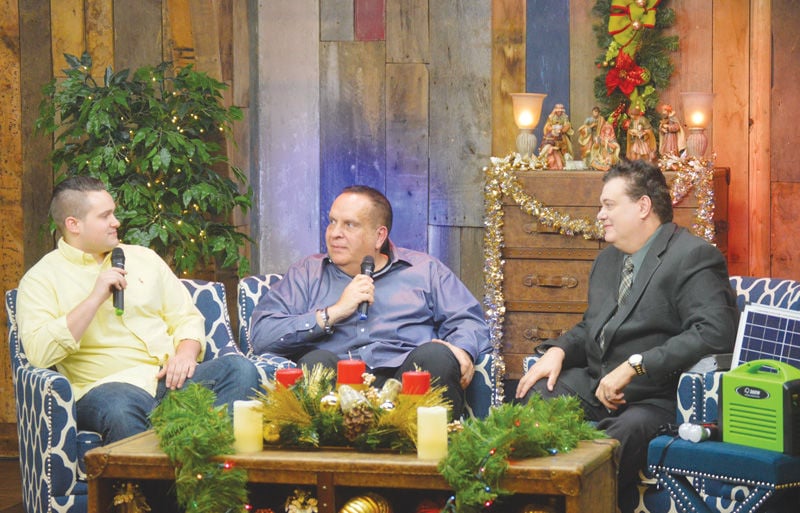 Jeff, from left, and his father Bill Mulder, join Kevin Shorey as he hosts “The Kevin Shorey Show” live from the Branson Mill Craft Village.

Kevin Shorey is all smiles as he greets the studio audience before “The Kevin Shorey Show.”

Jeff, from left, and his father Bill Mulder, join Kevin Shorey as he hosts “The Kevin Shorey Show” live from the Branson Mill Craft Village.

Local evangelist Kevin Shorey is using everything at his disposal to make sure his ministry not only stands out, but reaches as many people as possible.

“Our mission statement is to reach the world with the Gospel of Jesus Christ any way possible,” Shorey said. “I think my calling, as far as the ministry goes with the TV show and everything, it to be real, current, and relevant, because that’s the way Jesus was to me.

“I can’t be above people. I have to get to them any way possible with the tools that I have to reach them ... Wherever the people are, that’s where Jesus went.”

In a field where so much of the groundwork was laid out decades ago, Shorey said he’s looking to add his own spin.

“Insanity is repeating the same thing over and over again but expecting different results,” he said. “If Jimmy Fallon had gone on ‘The Tonight Show’ and did what Jay Leno or Johnny Carson did, it wouldn’t have worked. So I’m taking from all those guys, secular or not. I’m not going to reinvent the wheel, but I want to take those templates and be relevant to people.

“I want my show to be entertaining with a message, to have a hook everyone feels comfortable with and can actually be blessed by.”

In addition to a live streaming program, Shorey is also looking toward newer trends to spread his ministry.

“I believe social media is evolving to the point where I believe TV will be second,” he said. “We see people watching more videos and things on demand more and more every year. In fact, we also just signed up to be a part of the Roku network at WGAN, which will be open to the public here in the next few weeks.

“Getting away from cable and going to streaming and on demand services is the wave of the future, and I believe we’re right there.”

In addition to being an evangelist and TV show host, Shorey is a singer, songwriter and minister who got started very early in the church.

“I was born into church and pretty much grew up in the church,” Shorey said. “I first started singing in church with youth groups, then in the adult choir when I was 13 and and my voice changed. Puberty was very good to me.”

After graduating from high school, the Florida native attended school at Evangel University in Springfield.

“After two years at Evangel, I sent a tape to the ‘PTL Club Show’ and Jim and Tammy Faye Bakker flew me out to Charlotte to be a PTL singer,” he said. “I was there almost a year when I met another evangelist and began to travel with him. So my ministry kind of evolved between television and traveling evangelism.

“I just knew that was my heart, and what I was called to do. ”

Shorey began his international ministry while traveling with Lowell Lundstrom Ministries for more than five years as the lead singer in crusades throughout the United States and Canada. “Now I was traveling with a band in a bus, and we were going to do the ‘Billy Graham Crusades,’ and things like that all over the country,” he said. “I did that for about five years, and worked with several other evangelists before returning to Branson and marrying my wife Cindy.”

After returning to Ozark Mountain Country, Shorey decided to reach out to Bakker, who was producing a new show.

“Since I was here, and Jim Bakker was here, it was a natural reunion,” he said. “I did a guest spot on his show, then I was the guest co-host.”

According to Shorey, his appearance on the show garnered positive feedback from viewers, which led to him being the show’s regular co-host, as well as music director. Even though Shorey was a major part of the show, he continued to travel the world, with his ministry reaching Great Britain, Canada, Russia, Romania, Spain, Poland, Mexico, Haiti and the Bahamas.

After spending 10 years as part of Bakker’s crew learning the “ins and outs, and do’s and don’ts,” Shorey said he was called by the Lord last year to do something different.

“I had just hit 50 when Lord told me ‘You’re not getting any younger, if you don’t step out now ...’” he paused. “I was really getting comfortable being a sidekick there, and He doesn’t want us to live comfortable. So I just did what the Lord said and stepped out.”

Within six months of getting the call, Shorey found himself in a whole new ball game with his own Internet show.

“From the time I left Jim Bakker in May of last year until October, this great situation opened for me at the Branson Mill,” he said. “I have my own equipment, my own studio, and pretty soon, we’ll be signing contracts to go on TV.”

Now, Shorey and his team present “The Kevin Shorey Show,” which is streamed live online at 10 a.m. every Tuesday through Friday inside the Branson Mill Craft Village.

“When we go on TV, we’ll be an edited program airing Monday through Friday,” he said. “

Shorey said he’ll soon be making an announcement regarding the future of the show, including it airing in several regional TV markets.

The show streams live at kevinshorey.com at 10 a.m. Tuesday through Friday.