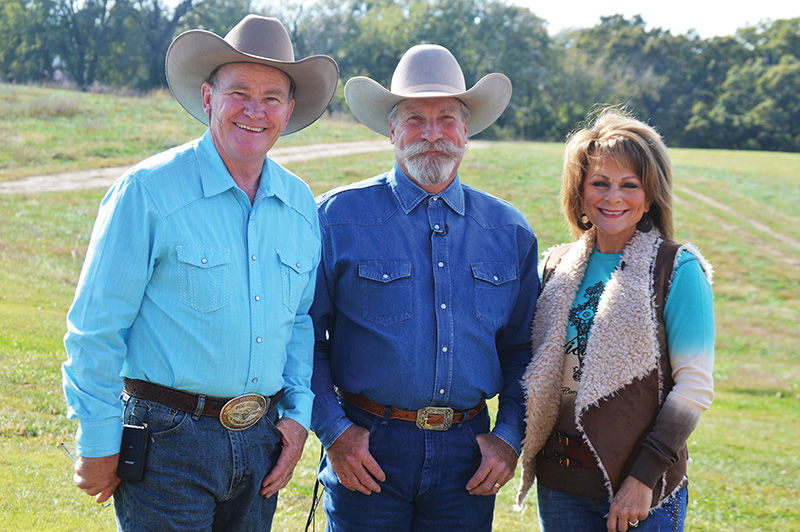 Co-Host Russ Weaver, musician Jeff Gore and Co-Host Susie McEntire pose for a photo during a break from shooting. 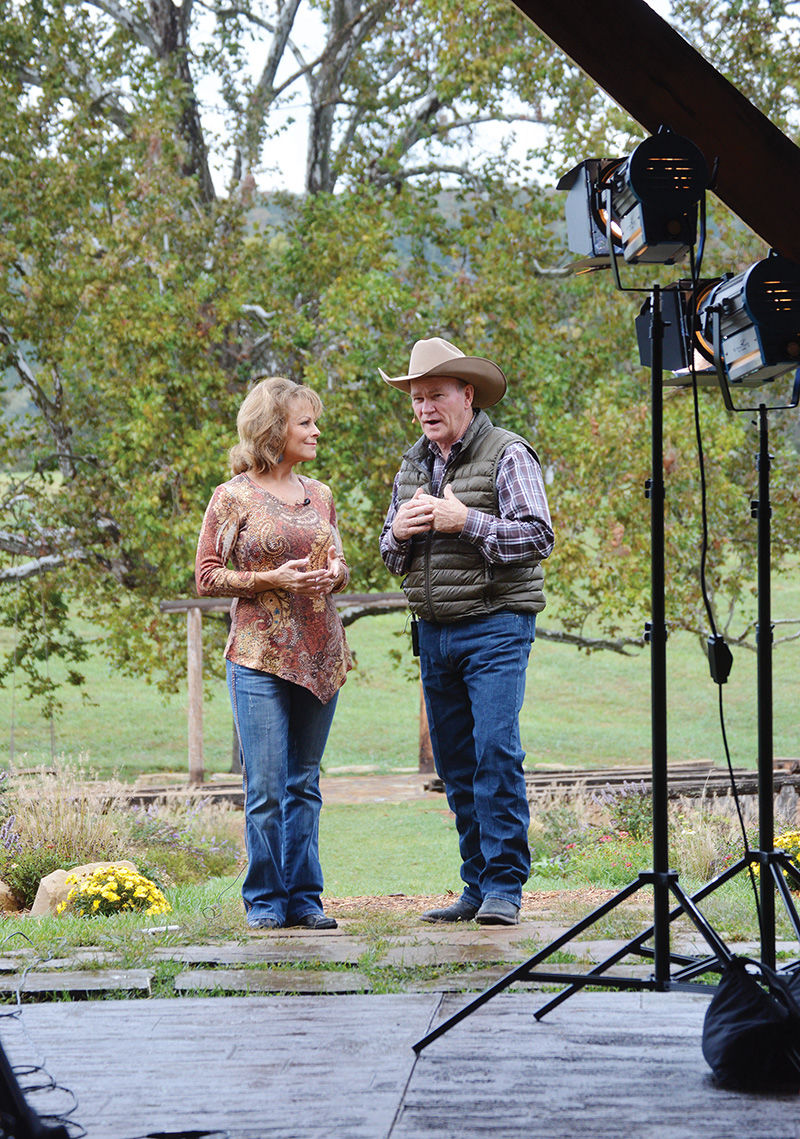 Co-Hosts Susie McEntire and Russ Weaver speak about their lines for the welcome scene. 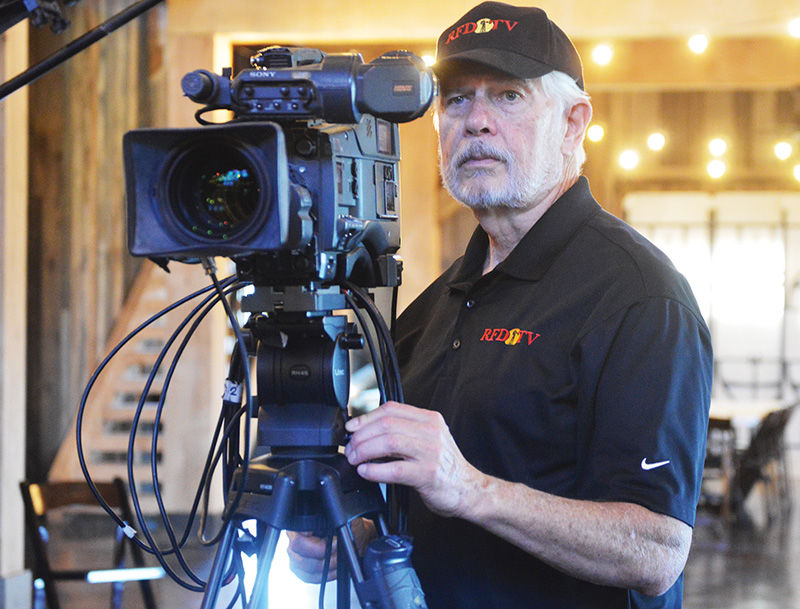 David Houseman adjusts his camera before shooting a scene for Cowboy Church.

Co-Host Russ Weaver, musician Jeff Gore and Co-Host Susie McEntire pose for a photo during a break from shooting.

Co-Hosts Susie McEntire and Russ Weaver speak about their lines for the welcome scene.

David Houseman adjusts his camera before shooting a scene for Cowboy Church.

More than a decade ago, an idea was shared among a group of three to start what is now called Cowboy Church.

Today, the show is a 30-minute program from executive producer Jim Odle, previous owner and manager of Superior Livestock Auction and creator of The American Rancher on RFD-TV. Cowboy Church will be broadcast on RFD-TV every week on Sundays at 5:30 p.m. EST. The show will re-air on Friday at 8:00am EST.

Co-Host Susie McEntire said she has a near-constant schedule of traveling intermixed with singing.

“I love the ability to go on the road, like we have this weekend, and visit places and get to know people and their vision for where they’re at,” McEntire said. “I love to go to different Cowboy Churches and hear from different pastors.”

With the holiday seasons approaching, McEntire and Co-Host Russ Weaver were in town for their Thanksgiving/Christmas episode at the Sycamore Creek Family Ranch earlier this week. She shared how much she enjoys the area.

“The people who are going now, retirement age and older, are coming to Branson, that will continue to stay that way because that’s their people they’re trying to entertain.”

Weaver is pastor at Shepherd’s Valley Cowboy Church in Egan, Texas, according to Cowboy Church’s website. He founded the church in 1997.