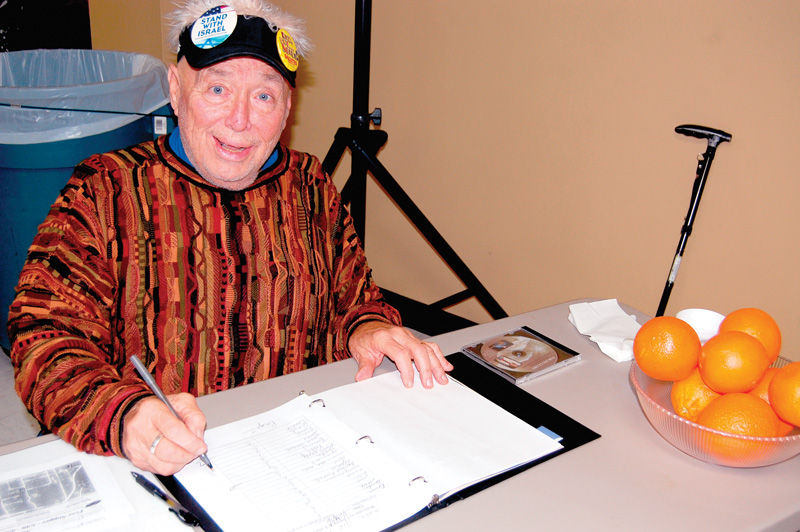 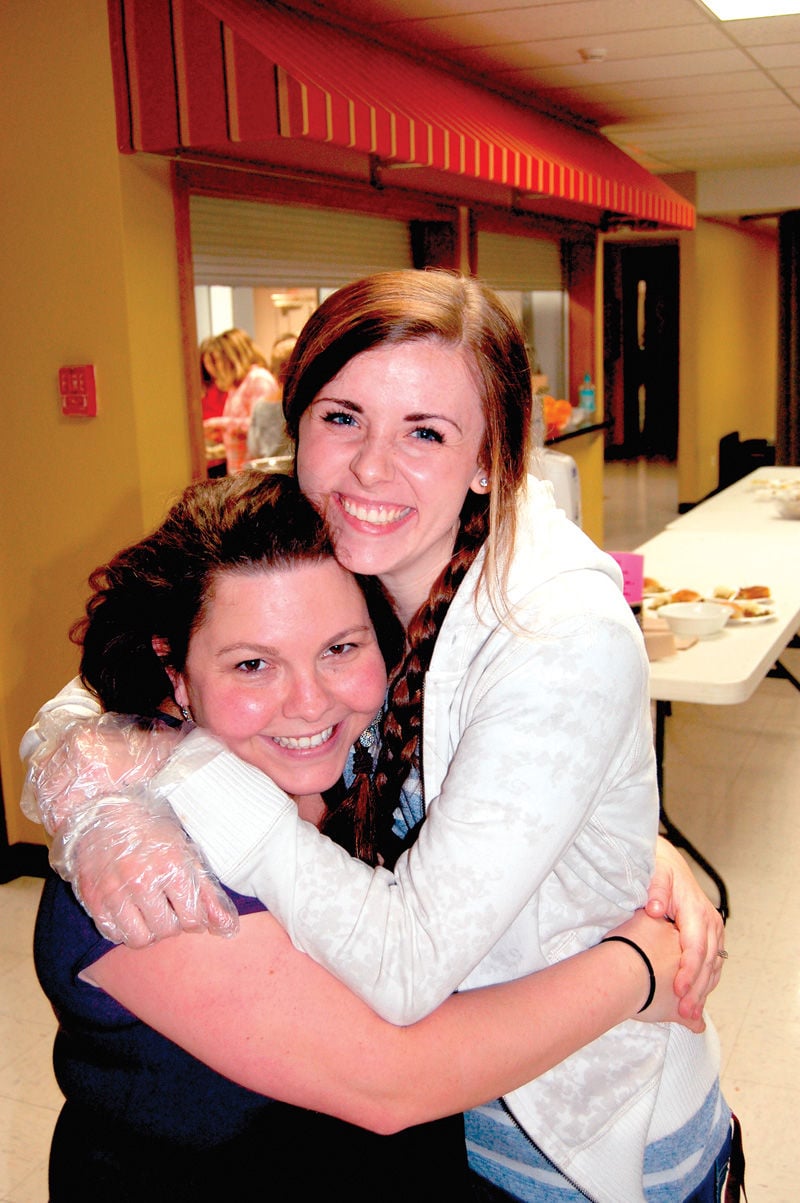 Rileigh Cline hugs Lauren Spencer, who was celebrating a birthday Monday. The pair were working as volunteers during a meal served by Loaves & Fishes. The program is operating 3-nights a week this year.

Rileigh Cline hugs Lauren Spencer, who was celebrating a birthday Monday. The pair were working as volunteers during a meal served by Loaves & Fishes. The program is operating 3-nights a week this year.

Changes continue to occur among the Branson Loaves & Fishes program.

The program is a collaborative effort among various groups working to provide a warm, nutritious meal at no charge for anyone in need during Branson’s “off season,” when high numbers of the work force is unemployed.

Changes in scheduling and sites have occurred from year to year. In 2008, the program operated five nights a week and served over 3,000 people. In 2009, meals were served seven nights a week.

In past years, an estimated 100 people per night were served meals from January through mid-March, but the program has been scaled down for 2016.

According to organizer Jim Lawson, there were times when the number of volunteers equalled the number of people being served. Operating seven nights a week took up a lot of time and was expensive.

Lawson said many people would stay away on cold nights when the program ran all week. He said the switch to three nights is effective in bringing people in.

“This is working well. We had 130 people tonight,” Lawson said as supper was served by the Woodland Hills Family Church at Branson’s First Baptist Church location.

The first person they encountered was greeter Richard Kesser, who is in his seventh year of volunteering. Kesser welcomed those coming, and greeted people on their way out.

“I love doing this,” Kessler said. “I love to meet these people, they are wonderful. Loaves & Fishes is one of the best programs that Branson has, and these people can have a hot meal.”

Kesser saluted the Woodland Hills youth, who were volunteering Monday.

“The object is to try to put a person at each table to talk to the people and get them drinks to try to make them feel they are being served,” Kesser said.

The youth were clearly enjoying the event.

Rileigh Cline, a student at College of the Ozarks, took time to hug her fellow volunteer Lauren Spencer, who was celebrating a birthday.

Spencer downplayed her birthday, saying she was there to serve, but responded enthusiastically when informed of a Native American tradition that features a person celebrating a birthday by having a giveaway.

“I love that, yeah,” Spencer said. “I would much rather do this than have a birthday party.”

“God is the one who gave me a birthday. I may as well serve him on it.”

Spencer is in her third year volunteering with Loaves & Fishes and plans to continue.

She relates the joy of witnessing first-hand the impact the program has on the lives of people receiving a meal.

“The first year I was here, a kid came and asked me what we were serving and I said ‘chicken.’ He just got so excited to have chicken. It was one of those God moments,” Spencer said.

In another testimony, Spencer recalled going through the checkout line at Wal-Mart and one of the cashiers told her the program got her through last winter.

“Churches have turf wars, but here at Branson we all work together. We’re all part of the body of Christ and that’s how its supposed to be,” Spencer said.

This year, the program will serve meals three nights a week through Feb. 29. Meals will be served from 5:30 to 6:30 p.m. at three locations, including First Baptist Branson at 400 South Sunshine St. on Mondays; Our Lady of the Lake Catholic Church at 202A Vaughn Drive on Wednesdays, and the Salvation Army at 1114 Stanley Blvd. on Fridays.