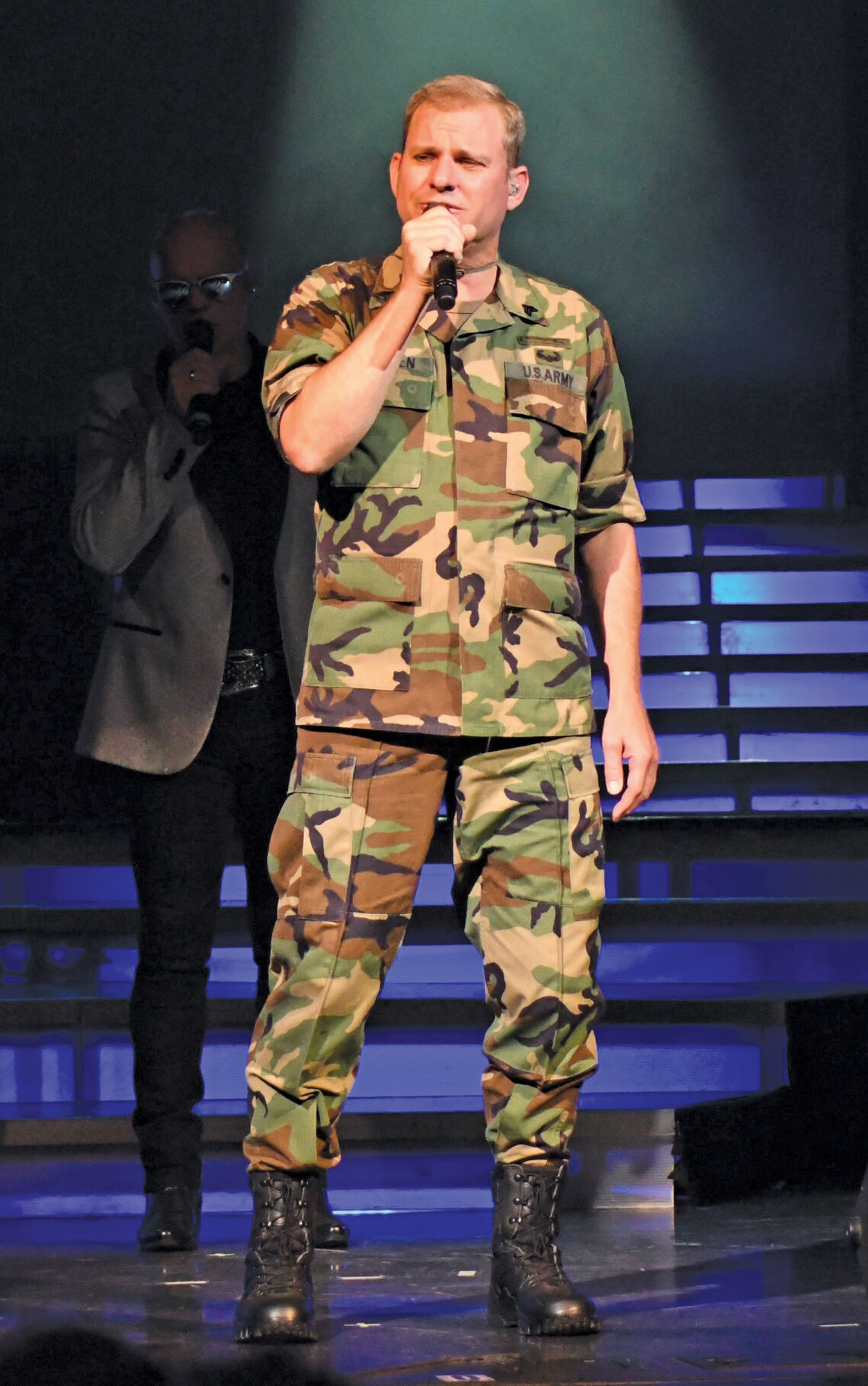 The newest member of Six, Charles Knudsen, is introduced to audiences during the veterans tribute in the show as he performs “American Soldier.” 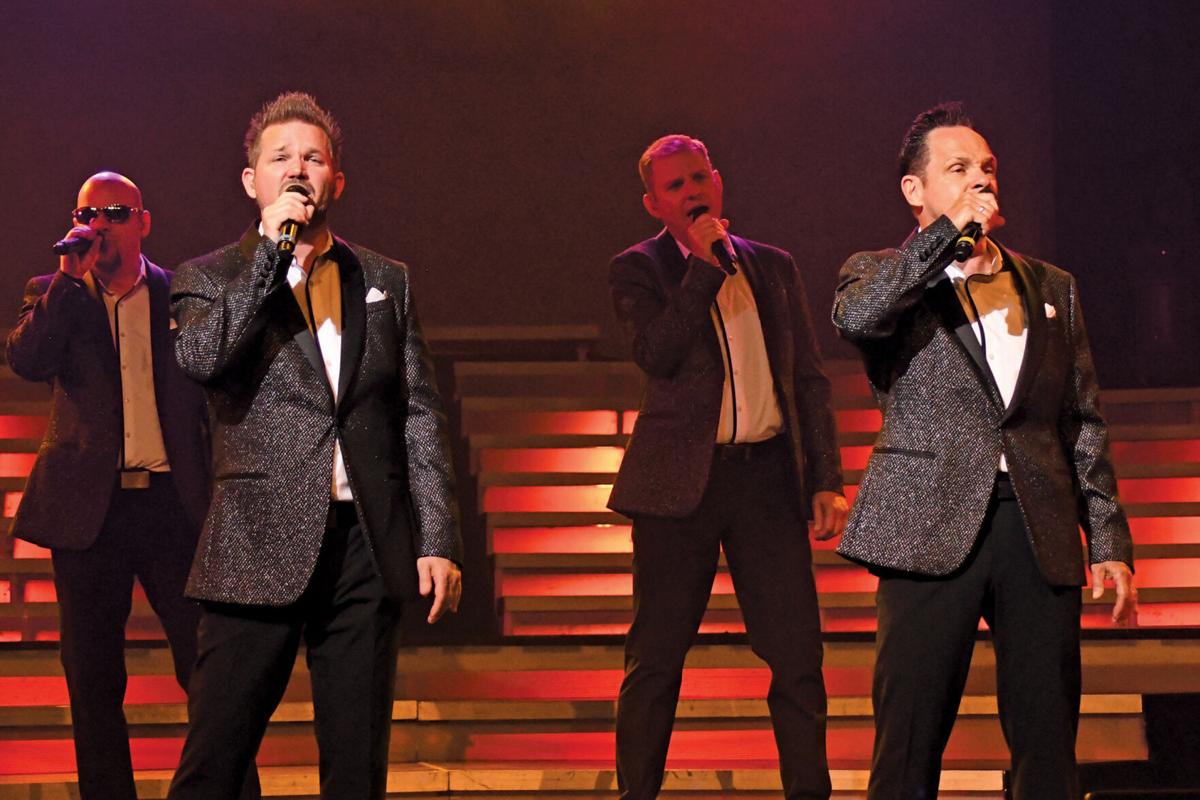 Charles joins his brothers Owen, Curtis and Lynn on stage for the finale of the show. 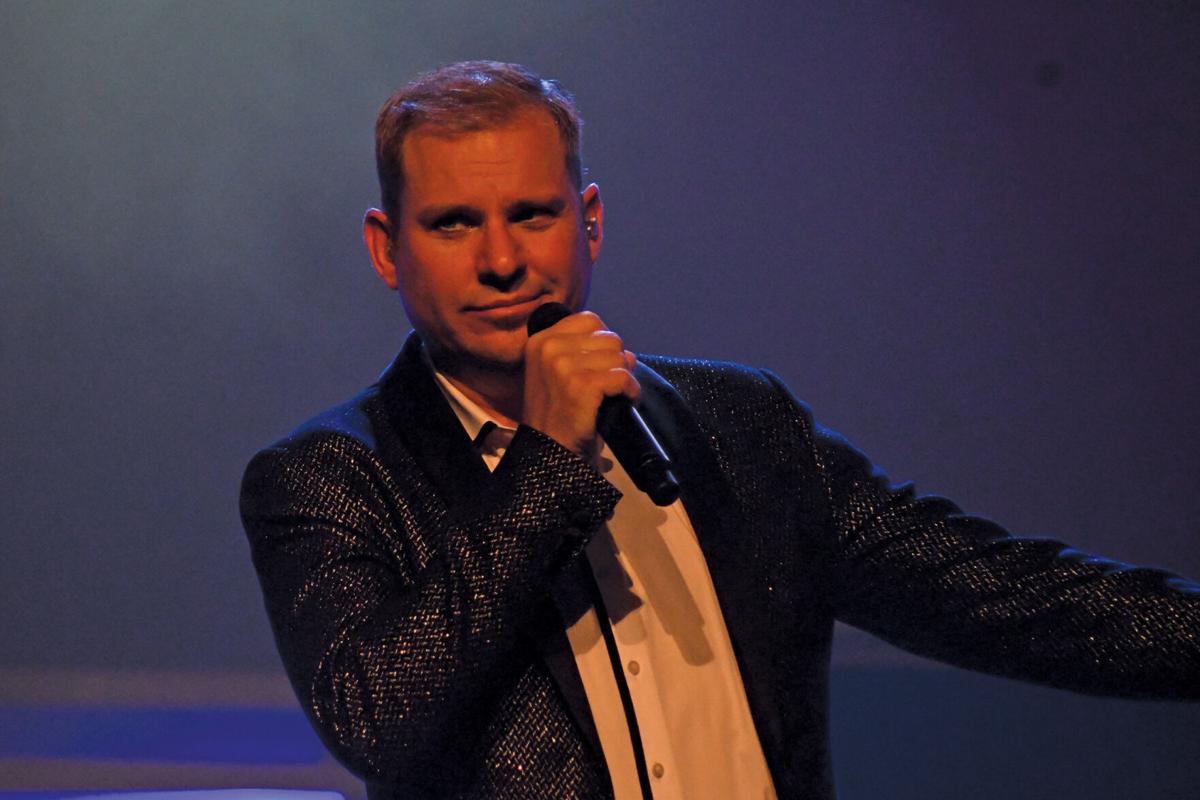 Charles Knudsen joined his brothers this year as the new sixth member in their long running Branson show.

The newest member of Six, Charles Knudsen, is introduced to audiences during the veterans tribute in the show as he performs “American Soldier.”

Charles joins his brothers Owen, Curtis and Lynn on stage for the finale of the show.

Charles Knudsen joined his brothers this year as the new sixth member in their long running Branson show.

Six is whole again as the performing siblings welcome a new member to the stage; their younger brother Charles Knudsen.

In 2020, the second oldest of the Knudsen brothers, Kevin, exited the long-running Branson show to pursue other interests. Following Kevin’s departure, the remaining five brothers Lynn, Owen, Barry, Jak and Curtis Knudsen were determined to move forward with the show.

“We had been four or five members in the past. We just relied on past experience to figure out how to make it work. It’s five guys on stage calling themselves Six, which is obvious to everybody that shows up to see the show. There’s not six guys on stage,” Lynn Knudsen said. “Our first goal was to get up and running as five and make sure we were as solid as we could be.”

After a few months as five, Lynn said he really began brainstorming ideas on how the now quintet could someday return to being a sextet.

“One night, I was really asking the lord for some help and went to bed with those thoughts of, ‘How do we get back to six? What would be the easiest, most logical way to get back to six,’” Lynn said? “I woke up the next morning with all these great thoughts. Very clear thoughts. We should bring Charles in. Let’s ask him if he’s finally ready to come into this group after we’d already been going for over 40 years.”

Lynn said he ran the idea by his brothers, who all surprised him when they all approved it. With the entire group in agreement, the next thing left to figure out how Charles would fit into the show.

“He’s a veteran. We really haven’t had a good veterans tribute in our show since the other brother left, it’s something we hadn’t gotten to. Honoring veterans is so important in Branson and they deserve it,” Lynn said. “The idea was to bring him in, just for one song. Surely we can teach him one song and he can learn it well enough to perform it with virtually no experience and we just went from there.”

Around the beginning of February Lynn gave Charles a call, pitched him the idea and formally invited his little brother to join Six.

“I’ve been watching them sing, my older brothers, in some form or another since I was 4. That’s been 45 years,” Charles Knudsen said. “I always thought it was really cool. I always thought it would be pretty great to sing with them. I had all these thoughts start going through my head like, ‘What is this going to do to my life? How much different is this going to be? Man I’ve got to really think this through.’ We ended phone call basically with Lynn saying, ‘Think about it.’”

Charles said he also had a conversation with Jak and another discussion with Lynn before committing to joining the Branson production. After saying “Yes,” Charles said he was quickly given a little bit of homework.

“I had to learn a song that I’ve probably heard my brothers do more times than I’ve heard it on the radio, ‘American Soldier’ by Toby Keith,” Charles said. “My job, such that it was, I did a significant amount of driving. By the time I was getting all my loose ends tied up, packing and getting ready to come out here, I probably estimate I listened to that song or sang along with it probably 600 times learning it.”

When Charles arrived in Branson on April 14, he said the brothers immediately had a rehearsal after their show that day.

“They put a microphone in my hands. We went through it and I was pretty nervous, because it was really the first time I had sung with them in a setting that I was actually having to prove something,” Charles said. “I’ve sung solos in church. I’ve done choir, I was in an a capella choir. I’ve done music theatre. I’ve even done community music theatre as recently as three or four years ago. It’s not like I don’t have any performing experience and I’ve never done anything, just not with them.”

After around a month of rehearsals, Six welcomed Charles to the stage for the first time in front of a live audience.

“The first show he was on stage with us, he just did the one song. He did it well enough that he got a standing ovation and it just worked,” Lynn said. “The next day we put him in for the other two songs that follow that new song, which are the last two songs of the show and that worked. It’s just been a slow gradual process getting him acclimated to this environment and this whole new job.”

In time, the group’s plan is to have Charles be a part of the entire show, but Lynn said Charles still has some things to learn.

“Based on how it’s gone, we’ll bring him in when he’s ready. That’s still going to take quite a bit of work with staging and choreography,” Lynn said. “We’re still in the middle of this process and it will be really when he’s ready.

As a veteran, Charles said it hits him differently when he’s performing his song during the veterans tribute.

“When I learned ‘American Soldier,’ I broke down a lot when I was learning it, just driving around. Sometimes I would just break down in tears,” Charles said. “(During the show) I’m in the back waiting and Jak asks all the veterans to stand up, I peek through the curtain to look at them. Most of them have combat experience and those guys are my heroes. When I go out to sing that song, I’m singing it for them, to honor them, because those guys are my heroes. I look up to them.”

While his older six brothers were making a living as performers, Charles said he chose a very different career choice after high school when he went into the Marine Corps Reserves.

“My plan was to join and get them to pay for college and upon graduating from college I’d get my second lieutenant butter bars. It didn’t happen. Life happened. I got married and had a kid on the way and I decided I wanted to go active duty,” Charles said. “Marines have to go around on Navy ships for extended periods of time. I didn’t want to be away from my family for that long, so I decided to switch to active Army.”

After his first few years in the Army, Charles said he made another change when he volunteered to go into the Army’s Honor Guard, which stationed him in Fort Myer, Virginia.

After three years of service in the Marine Corps Reserves and five years as active Army, Charles changed things up once again in 2001 when he moved to Denver, Colorado to begin working in IT, which he did for several years. Prior to receiving the call from Lynn, Charles was leading installer crews in Denver for a small family owned insulation company.

Six performs at Dick Clark’s American Bandstand Theater, located at 1600 W. 76 Country Blvd in Branson. Showtimes for Six are at 3 or 8 p.m. on select dates through the rest of 2021.

For additional information or to reserve tickets visit thesixshow.com or call the box office at 417-339-3003.