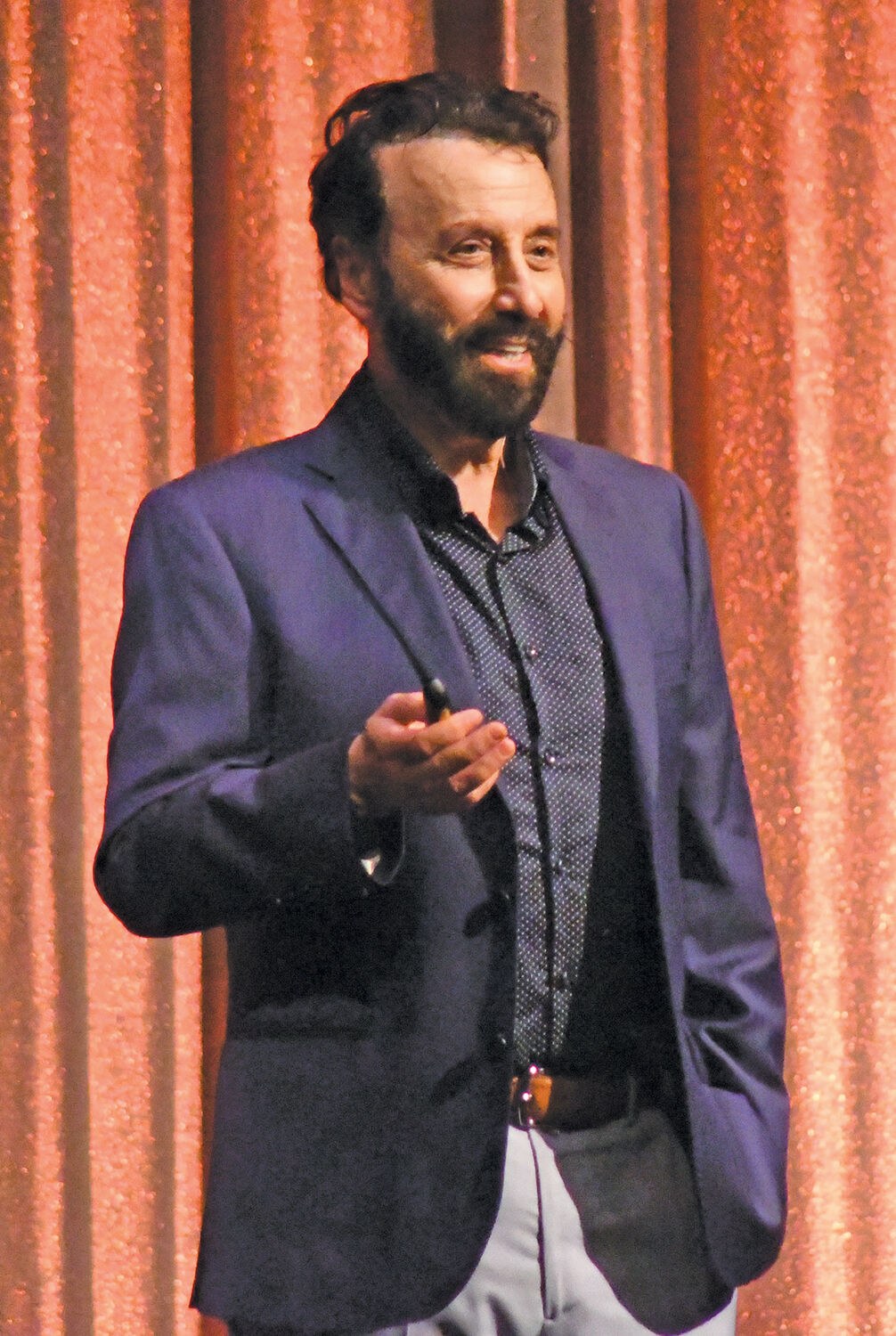 Yakov is returning to his theater for the 2021 Branson show season, starting with a performance on May 28. 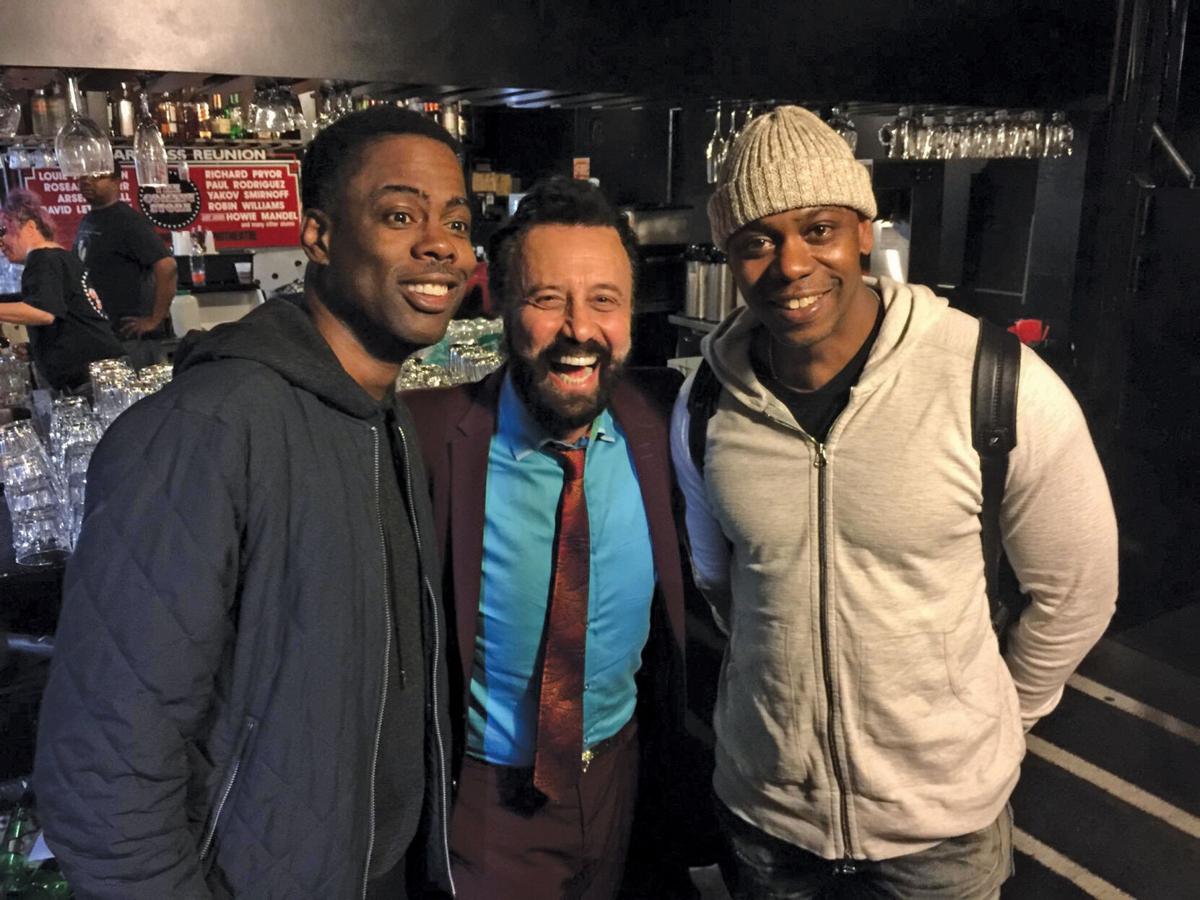 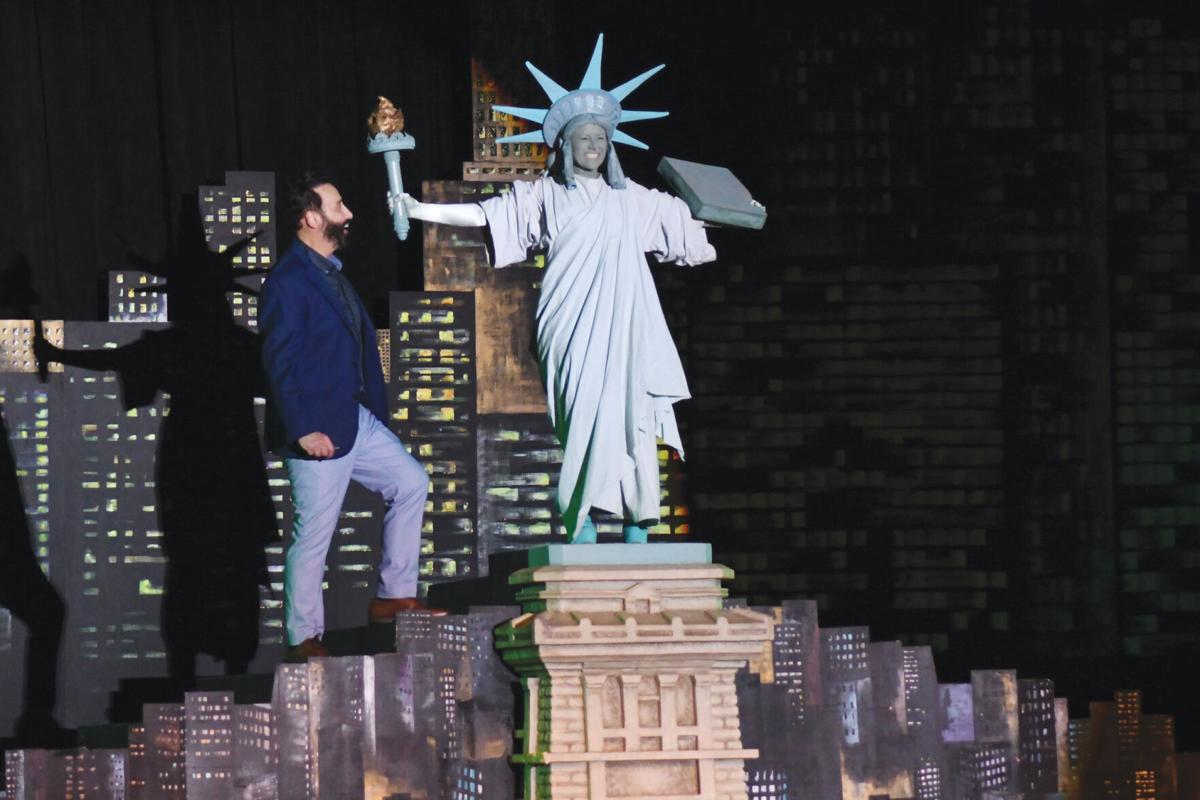 Yakov has titled his show this season “Laugh Your Mask-Off,” and will be performing a total of 60 shows in 2021.

Yakov is returning to his theater for the 2021 Branson show season, starting with a performance on May 28.

Yakov has titled his show this season “Laugh Your Mask-Off,” and will be performing a total of 60 shows in 2021.

Just days before his first show of the year, Yakov Smirnoff has announced his return to Branson for the 2021 show season.

For his show last fall, Smirnoff prescribed audiences with a “Laughter Vaccine” to help kill COVID-19. For this year’s show, Smirnoff has placed a creative twist on his past slogan, “Laugh Your Yak-Off,” and is inviting audiences to join him in 2021 to “Laugh Your Mask-Off.”

“My focus is people being cooped up and they are really tired of politics and they want to just let go and just laugh at silly stuff; and I have plenty of that. The other piece that American’s need is some kind of hope,” said Smirnoff. “This has been my privilege over the years to help people feel hopeful and look at America from a different angle.”

On Friday, May 28, Smirnoff will host his first show of 2021 at his theatre. While audiences are at his show, Smirnoff said his hope is that he’ll be able to take them away from their worries, even if it’s just for a couple of hours.

“When you’re laughing, you cannot be sad. Just at least for a moment … when you’re laughing the endorphins are just flooding your brain and you’re actually experiencing happiness. I think it’s paramount for people to just let their hair down and enjoy the comradery,” said Smirnoff. “Think about this. When you are watching something on YouTube and if it’s funny, normally you won’t laugh out loud. You will go, ‘Oh, that’s funny.’ But when you’re next to people who are laughing, it’s contagious and you laugh. But it’s a good contagious. It’s not a bad contagious.”

In total, Smirnoff will be performing 60 shows in 2021 on select dates in the months of May, June, July, August, October, November and December.

“I’m looking forward to it. To me it’s also interesting. What is the audience looking for? What are they responding better too? What is making them laugh more? What’s connecting? To me it’s always a puzzle,” said Smirnoff. “There’s some things that I know will work, but some things might need to be tweaked to make it better, to make them funnier and make them more impactful.”

Following the end of his 2020 Branson performing season, Smirnoff left the country and has been traveling the world with his wife.

“I was concerned after the election that there might be challenges in America, which thank God nothing major happened; but I grew up in the former Soviet Union, so I kind of anticipate things a little bit different. I’m going, ‘Oh boy. This could get hairy.’ My desire was, ‘You know what? If we’re somewhere away, we can kind of look and see what’s going on.’ We went to Mexico first for a couple of weeks,” said Smirnoff. “There’s a big Russian community in Indonesia, in Bali … (My wife) said, ‘You want to go to Bali?’ I’m going, ‘Okay, minus 10 degrees here in the winter versus 80 (degrees) year round in Bali. I’m in!’”

During their four months in Bali, Smirnoff said he found himself once again speaking Russian to do seminars on relationships.

“I really liked doing that. I like sharing knowledge with people and they were very interested,” said Smirnoff. “I started filming the conversations and got six of them filmed. Now I’m in the process of translating them into English and putting them onto YouTube to see what people say. It gave me something to do while I was there. Then I went to my wife’s home, which is in the Ukraine; we went to Kiev and spent two weeks there.”

Smirnoff explained that his decision to return to Branson was made after he learned of the change to the city’s face covering ordinance.

“I have a tough time with wearing a mask. Not physically, but mentally. I just have a tough time with that. I don’t think they’re really designed to protect us as much as they were designed to control us. One of my jokes … in my show I say, ‘Where is the logic that the fabric of your mask will protect you from the virus, when the fabric of your underwear cannot protect you from the smell of a toot,’” said Smirnoff. “You can now optionally wear a mask, which is great. I love choice. That’s why I came to America, because you have a choice.”

Smirnoff said that he felt he had gotten enough rest while overseas and was beginning to miss performing.

“It was great to come home. This feels like the good ole days, so that’s why I’m here ... I figure it might be a good year, because people have been cooped up for a year,” said Smirnoff. “I figure, while I’m here, why not do some shows … That’s how it evolved. It’s not been very long in the making, but that’s why you have your own theater, so you don’t have to book it far in advance.”

While he was traveling the world, Smirnoff said he had a few interesting encounters and new opportunities present themselves.

“I get a call from Ryan Reynolds. He has this Aviation American Gin. They said, ‘We’d like you to do a commercial with Ryan,’” said Smirnoff. “They paid me to do a commercial and film my part (in Bali) and they filmed his part in LA and now they’re putting it together. It should be out in the next month or so. That’s kind of exciting. They have like 20 million views or something for each of those commercials. I’m looking forward to seeing it. That was kind of fun.”

While in LA performing at The Comedy Store, Smirnoff shared he happened to bump into actors and comedians Chris Rock and Dave Chappelle.

“I’m thinking, ‘How can I get a picture with them?’ I don’t want to interrupt. I didn’t want to impose,” said Smirnoff. “Chris Rock comes over to me and says, ‘Yakov can we have a picture with you?’ I’m going, ‘Pinch me somebody.’ I said, ‘How do you even know me?’ He said, ‘When we were kids, we were watching you and we were learning comedy from you.’ It was like, ‘Wow! That’s so cool!’”

Smirnoff performed at The Comedy Store on the final night it was open, before it closed due to the pandemic last year. As it turns out, a producer who does documentaries for Netflix was in the audience that night and gave Smirnoff a call the next day.

“He said, ‘Would you be interested in doing a documentary on you for Netflix?’ I said, ‘Okay, that sounds great.’ So then he came to Branson, back into my library and videos, and spent three days watching everything. When I was in Bali, they sent me a deal that they’re going to do it this year the documentary on my life. So, all I needed to do is leave the country and I got more action than I’ve gotten in a long time,” Smirnoff said laughing. “I feel honored they’re going to do that.”

Smirnoff added that he believes Netflix will be coming to Branson to film the documentary sometime this summer.

For his Memorial Day weekend shows, on May 28 and May 30, Smirnoff is offering $10 area appreciation tickets for locals. For additional ticket information or to see Smirnoff’s full 2021 Branson performance schedule, visit yakov.com.

A funny, funny guy. Love his show and I agree with his take on wearing a mask. It is the control part of it that I don't like. Plus, I can't breathe with one on.

Glad you will be performing this year!

I used to make you & your crew breakfast at Bob Evan's in the past!