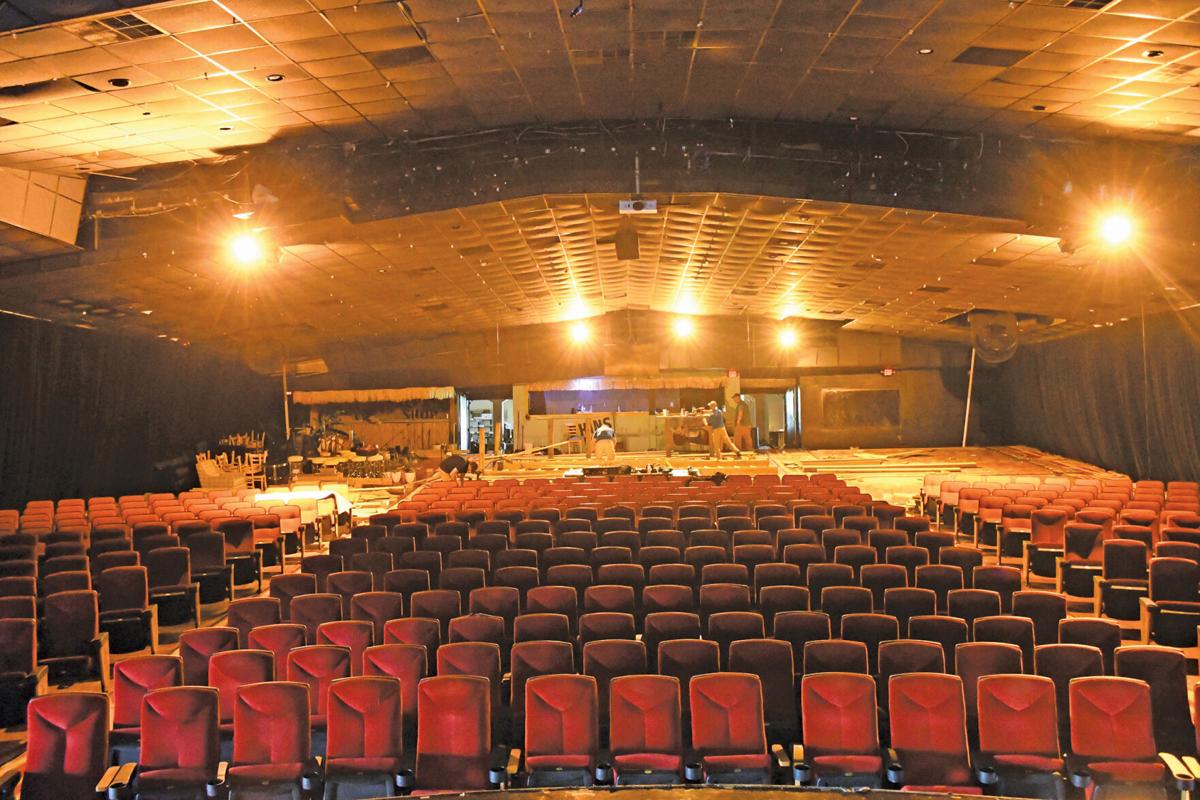 From the theatre seats to the lighting, everything inside the Jim Stafford Theatre is up for auction. 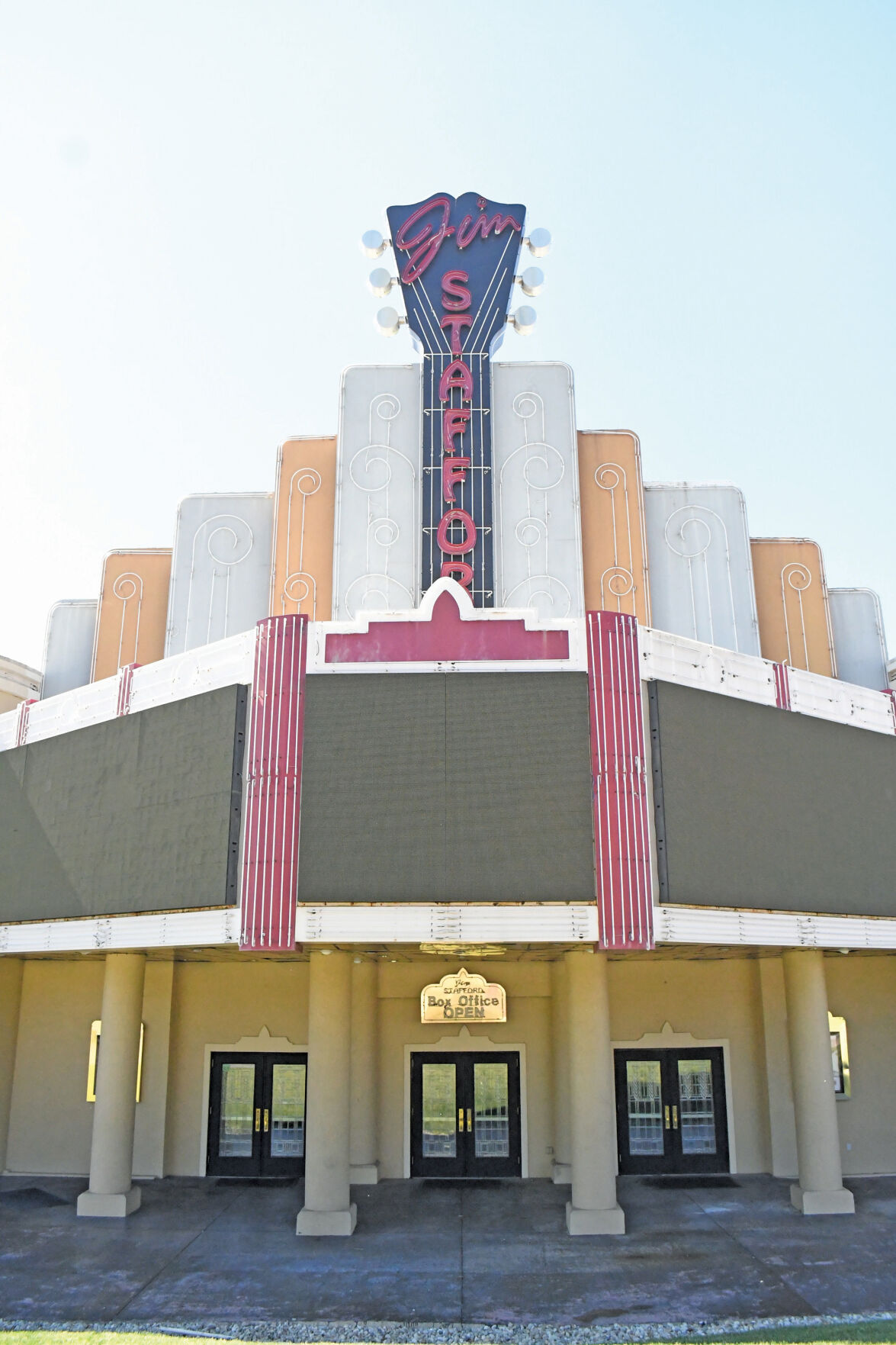 The Jim Stafford Theatre and all the contents within are being auctioned off on Monday, Oct. 25. 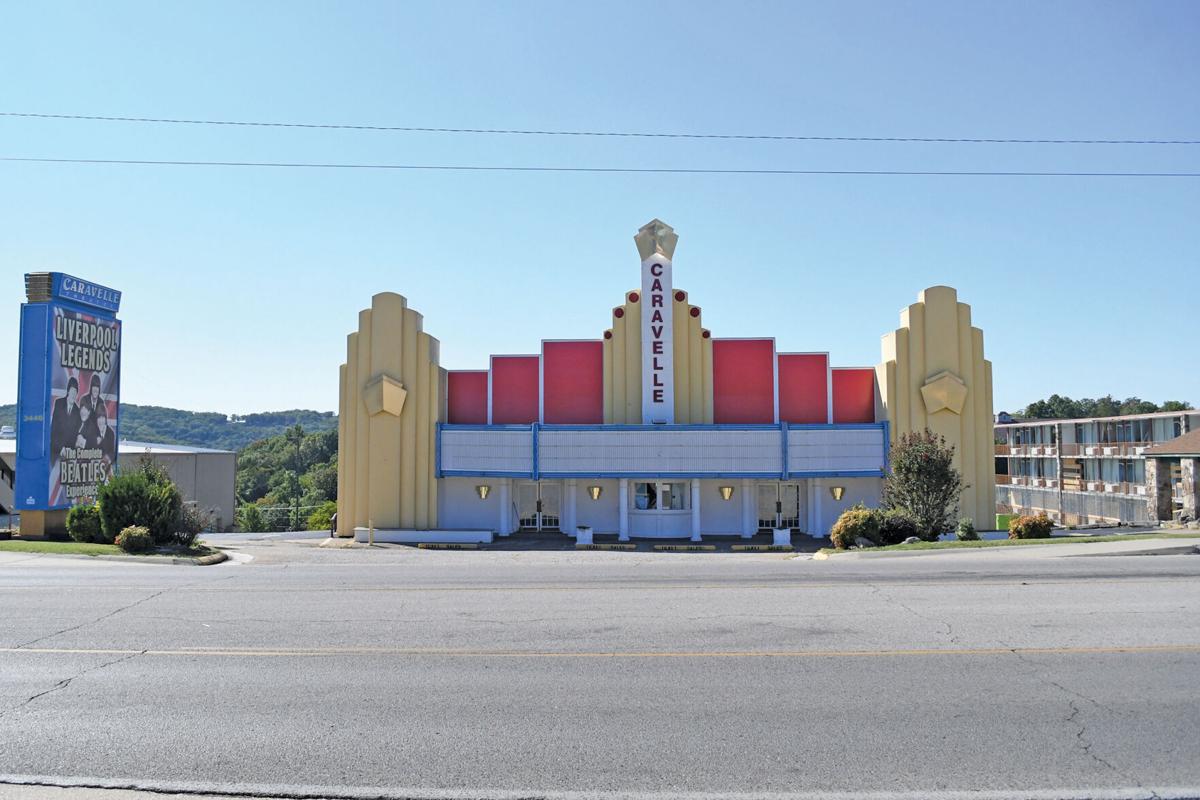 The Caravelle Theatre building itself will be sold off for salvage rights during the auction, as will the Jim Stafford Theatre and the Gateway Inn of the Ozarks. 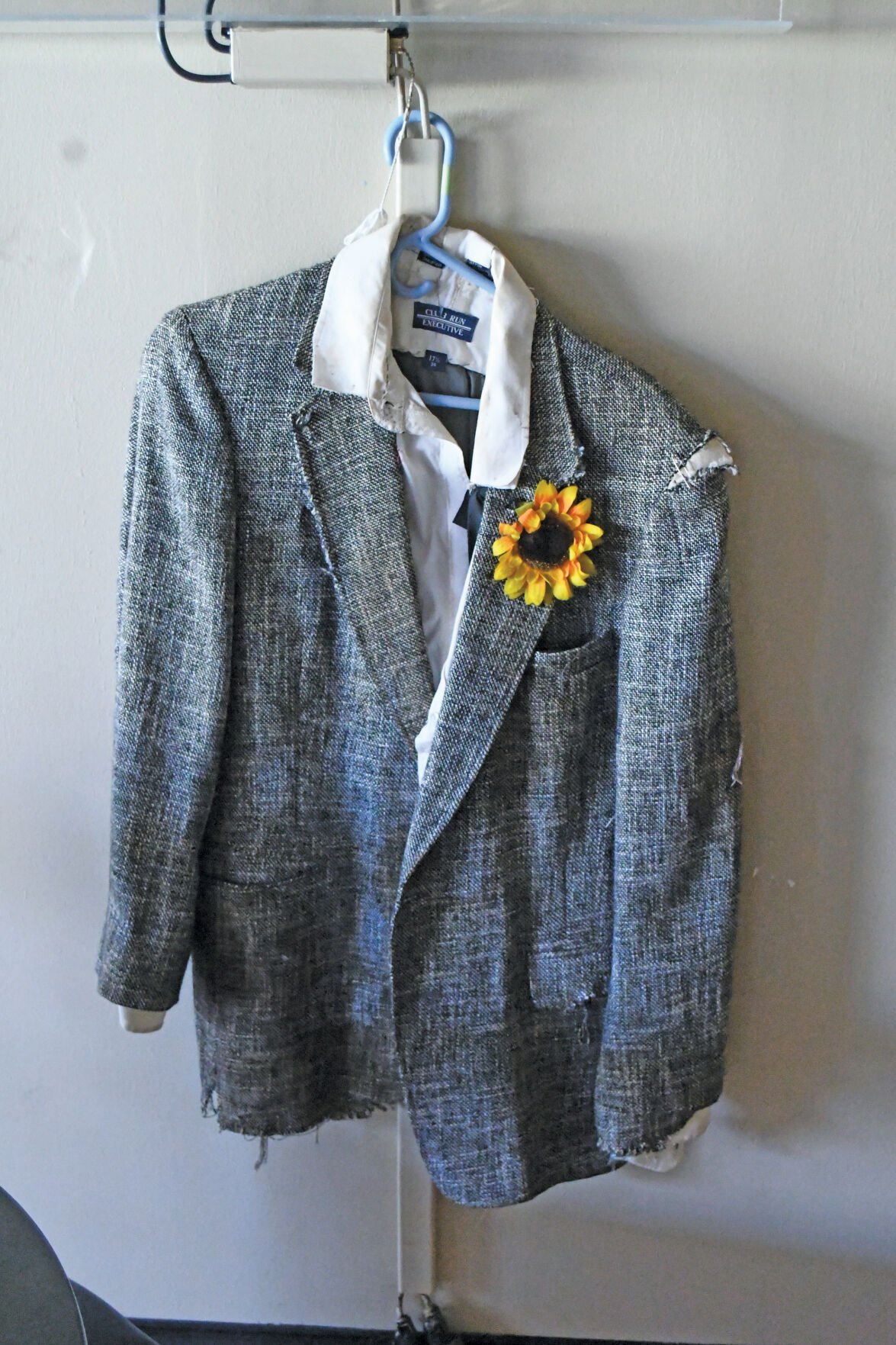 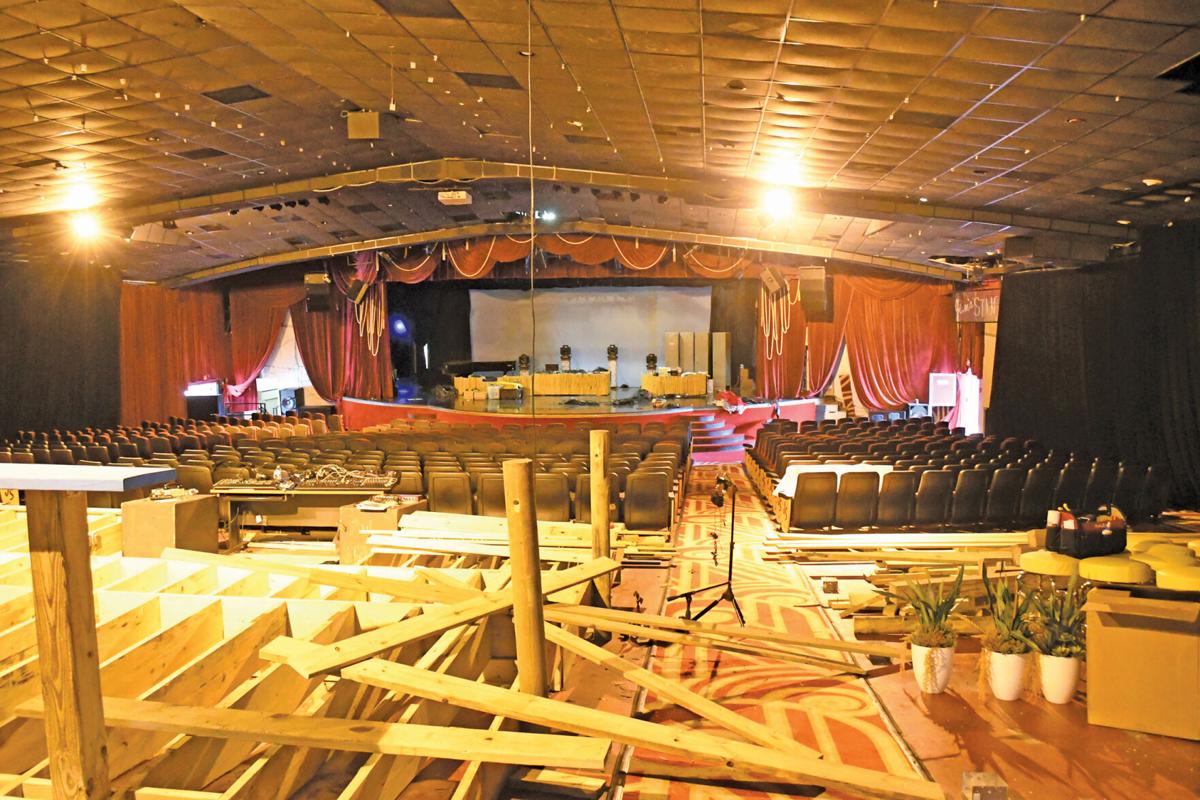 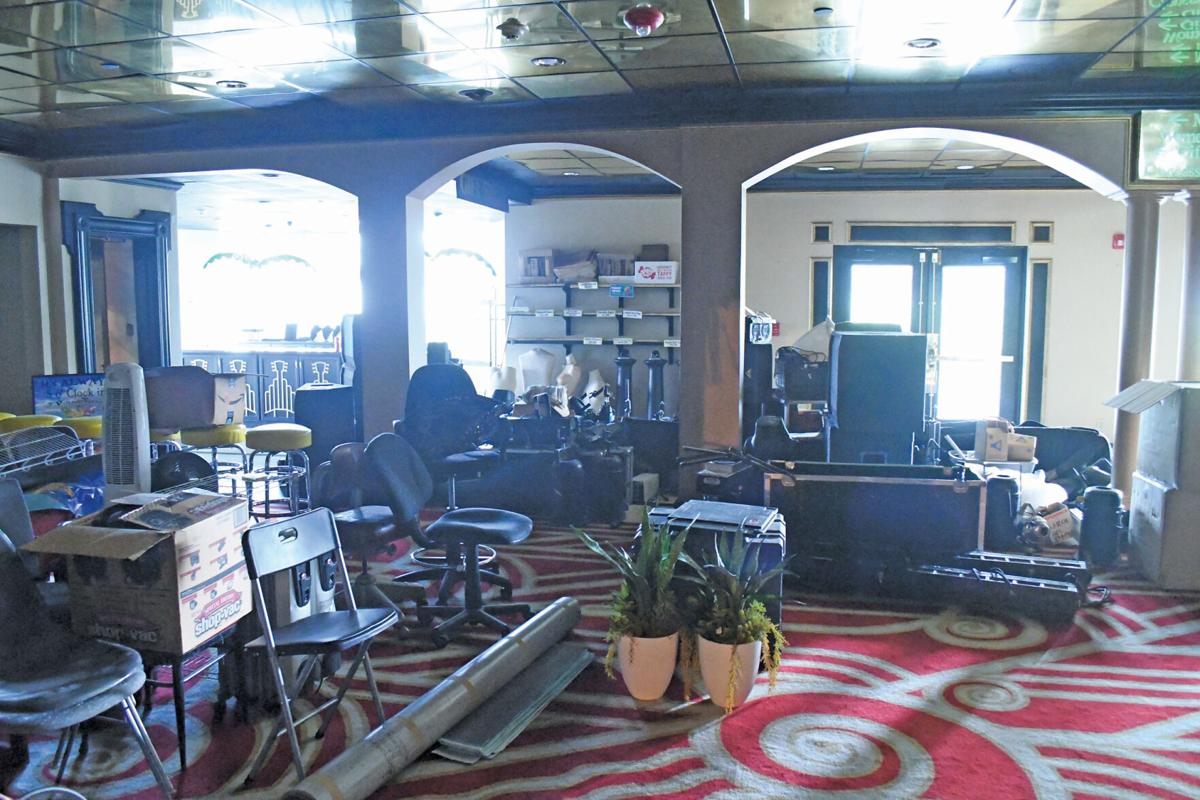 Inside the lobby of the Jim Stafford Theatre there are piles of stage/show/office equipment for auction. 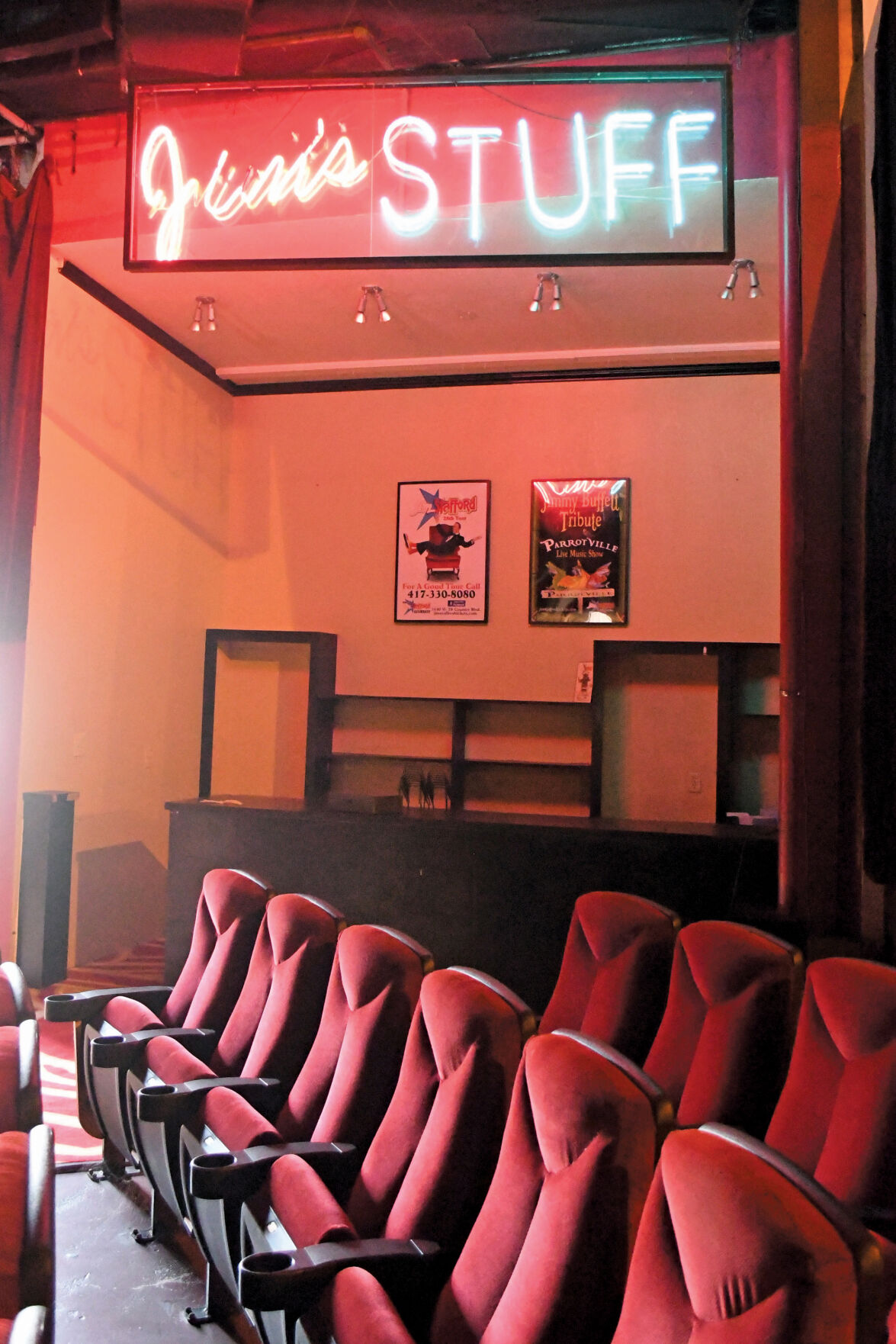 The illuminated sign, which reads “Jim’s Stuff” and stands above the old gift shop area will be auctioned off. 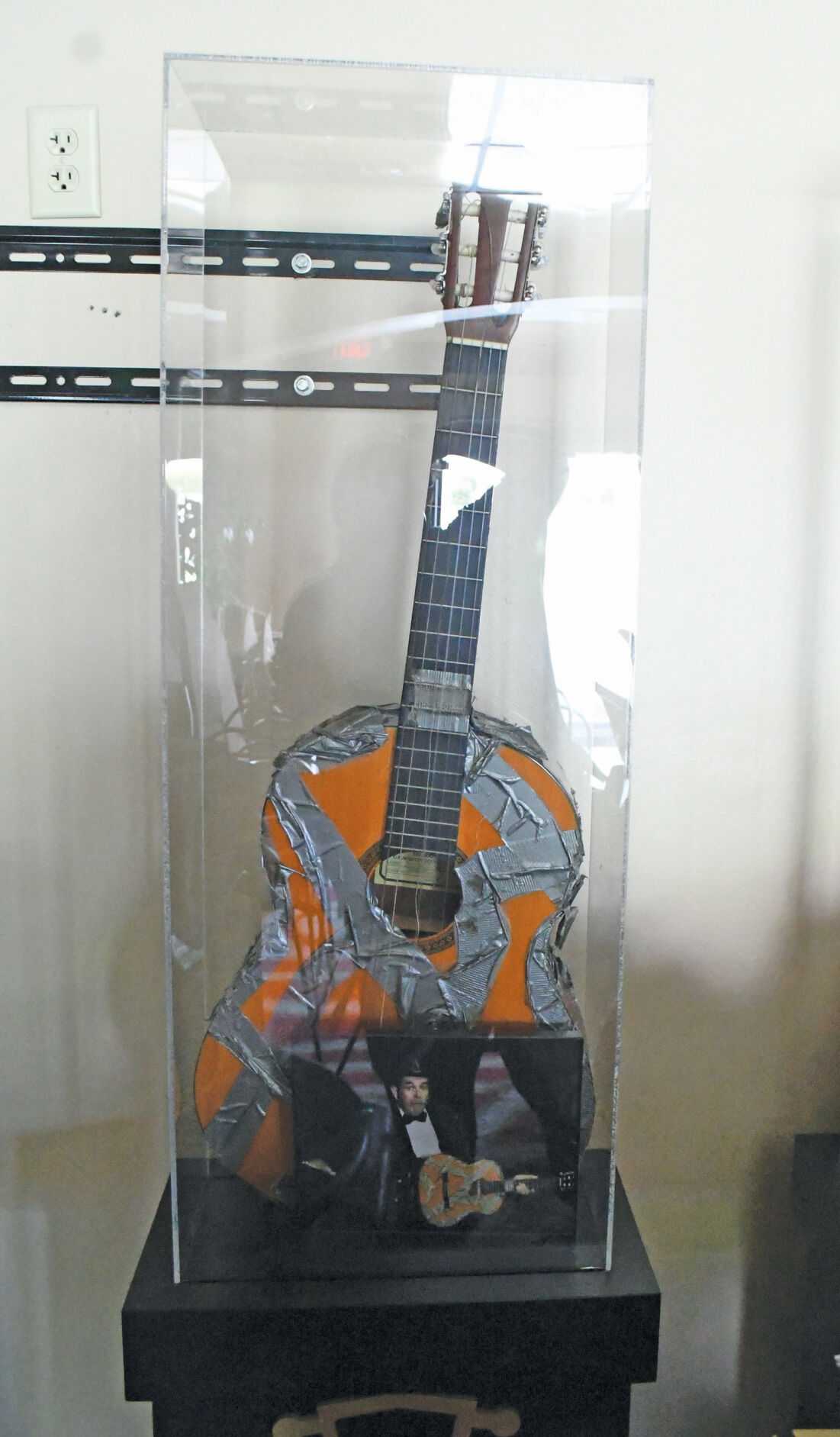 From the theatre seats to the lighting, everything inside the Jim Stafford Theatre is up for auction.

The Jim Stafford Theatre and all the contents within are being auctioned off on Monday, Oct. 25.

The Caravelle Theatre building itself will be sold off for salvage rights during the auction, as will the Jim Stafford Theatre and the Gateway Inn of the Ozarks.

Inside the lobby of the Jim Stafford Theatre there are piles of stage/show/office equipment for auction.

The illuminated sign, which reads “Jim’s Stuff” and stands above the old gift shop area will be auctioned off.

From the front doors to the theatre seating and beyond, Coon Ridge Auction Company’s Diane Clevenger will be auctioning off everything at the Jim Stafford and Caravelle theatres, and the Gateway Inn of the Ozarks in Branson in a pre-demolition auction on Monday, Oct. 25.

The auction, which is open to the public, begins at 9 a.m.

“We will start with the Gateway Inn and we will sell that as a whole for salvage rights to scrapers. We’re going to give them a couple of weeks to get everything out they want,” Clevenger said. “Then when we’re done with that, probably around 9:15, we’ll move to the Caravelle. There are a few items still in there we’ll sell separately, like sound, lighting and a few things people have interest in to sell separately than the building. We’ll sell that building as a whole for salvage rights.”

After a brief break, Clevenger said they’ll begin the auction at the Jim Stafford Theatre at 10 a.m.

“We will start with smalls, like lighting that’s not hooked up, any kind of sound system, the concession area, some of Jim’s collectible items like autograph stuff; we’ve got some of his outfits,” Clevenger said. “We’ll do that until around noon and usually around 12 o’clock is when we start the online bidding. If item No. 1 is a generator, we’ll start with that and however we have it listed, that’s how it will sell in order. Then we’ll finish up the day with everything, and eventually at the end of the day, we’ll sell this building. Whatever’s left that hasn’t sold, it will sell for salvage rights.”

Clevenger said the online portion of the auction won’t include everything, but will include the items, they believe, people who live outside of Branson, would be interested in.

“We’re guessing between 50 to 75 items that people have interest in, that can’t be here, so that’s the best way for us to do that,” Clevenger said. “We have the generator out back and it’s probably a $300,000 generator. Not a lot of people in Branson will be interested in that.”

The online auction is already posted through Three Creeks Auction and pre-bidding is currently being accepted. Items will not be shipped, so online purchasers will need to make arrangements to get their items. Online auction items can be viewed at threecreeksauction.hibid.com.

While the live auction is open to the public, those who wish to participate will need to register upon arrival in order to bid.

“For registration they just have to have a current ID with everything correct on it,” Clevenger said. “We take cash. We take pre-approved checks. When they come to sign in they have to get their check pre-approved before we ever let them bid on anything. We also do debt and credit. The public is welcome.”

Once the live auction has been completed on Monday, Clevenger said she estimates it will still be a couple months before the buildings will be completely demolished.

“They’re going to have to give the guys 45 to 60 days that actually buy part of the building to get that down and get it removed, but within 60 days,” Clevenger said. “They have taken a few bids on the demolition clean-up and they’ll do those on three separate bids. It’s sad to see, but it’s time for a change here. If the theatres aren’t being used and they’re just sitting empty. This company, which I can’t disclose anything they’re going to do at this time, but they build nice things and they’ll build something nice here.”

Since the auction was announced at the end of September, Clevenger said they’ve had several people reaching out to claim items in the three buildings.

“After we signed the contract, then we had people calling us wanting to come in and get things. We really can’t allow that. We have a contract,” Clevenger said. “I’m sure there’s some items in here that probably belonged to somebody four or five years ago. Well it’s been here four or five years, so now it belongs to whoever bought the building. We’ve had a little situation with that.”

At 10 a.m. on Tuesday, Oct. 26, Clevenger will also be hosting a warehouse auction, located behind 3630 W. 76 Country Boulevard in Branson. While the items in the warehouse are not related to either of the theatres or motel, Clevenger said there will be some good deals for folks.

“There’s a warehouse that actually belongs to the company that owns this (theatre),” Clevenger said. “It’s like overstock items that’s been stored for a long time. It’s going to be some good deals for some folks that buy and resale. There will be a lot of scrap metal down there…the little red and yellow three-wheel scooters that used to go down the Strip, there’s eight of those down there…It’s probably a 150 foot long warehouse. There will be some good buys down there, because this stuff has been sitting for a while.”

On Sunday, Oct. 24, from 2 to 5 p.m. the auction company will be hosting a previewing event for the theatres and the motel for anyone who wants to come and look around ahead of the auction.

The soon to be demolished theatres and motel are located at 3440 and 3446 W. 76 Country Boulevard in Branson. To view additional items up for auction visit auctionzip.com and enter Auctioneer ID 32112.