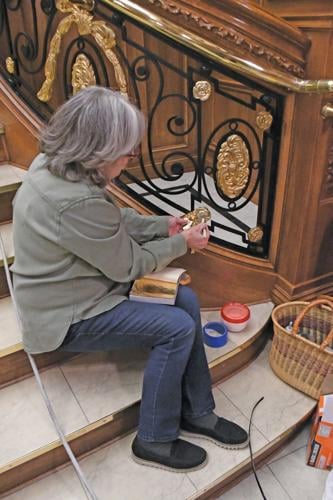 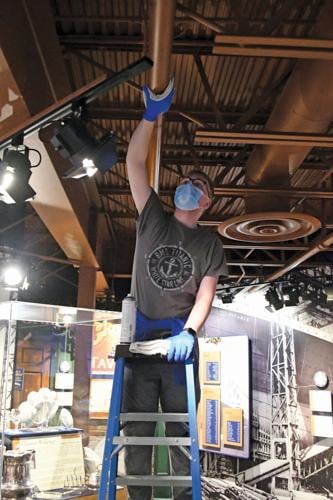 A member of the Branson Titanic Crew works to clean and polish the ship literally from top to bottom. 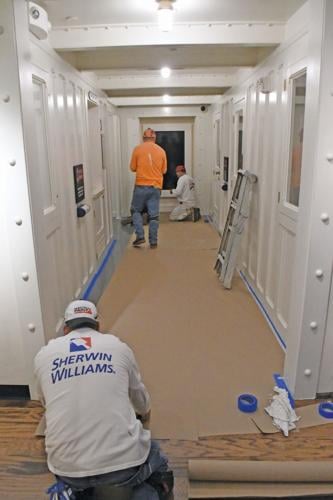 A paint crew prepares the ship to be painted as part of the 2023 season renovations. 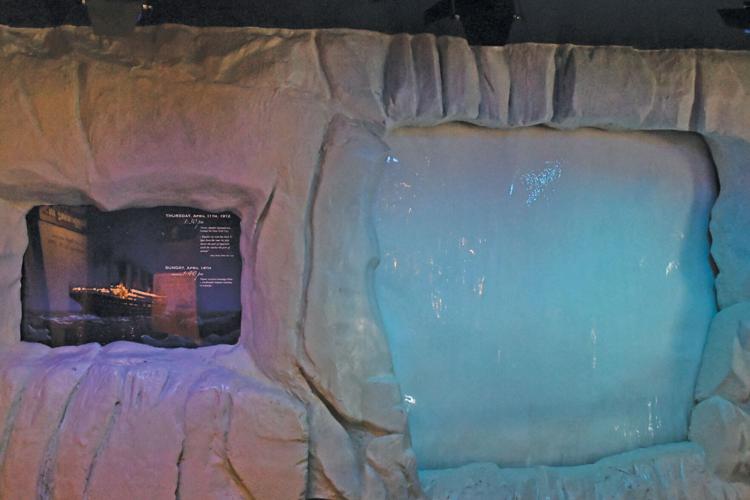 Every year, the Branson Titanic defrosts their iceberg wall to create a new one for the upcoming season. 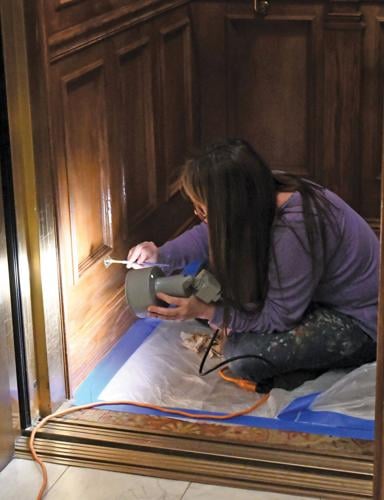 Even the inside of the elevator is cleaned and touched up to look brand new at the beginning of each season. 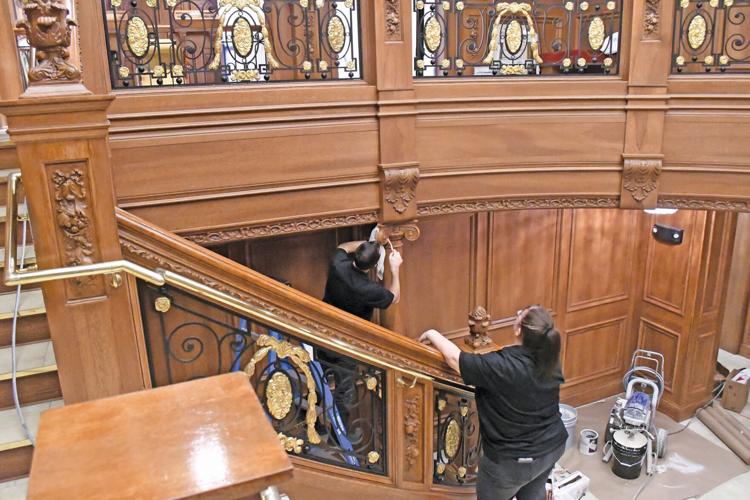 Two Titanic Crew members work together to insure every detail aboard the museum attraction receives attention.

A member of the Branson Titanic Crew works to clean and polish the ship literally from top to bottom.

A paint crew prepares the ship to be painted as part of the 2023 season renovations.

Every year, the Branson Titanic defrosts their iceberg wall to create a new one for the upcoming season.

Even the inside of the elevator is cleaned and touched up to look brand new at the beginning of each season.

Two Titanic Crew members work together to insure every detail aboard the museum attraction receives attention.

The Titanic Museum Attraction in Branson has reopened to the public after shutting down for four days last week for its annual renovations.

Branson Tri-Lakes News was given the opportunity to climb aboard to see firsthand the work taking place from Monday, Jan. 9 to Thursday, Jan. 12. During these four days, which are the only four days the attraction closes each year other than Christmas Day, the inside of the Branson museum is inhabited with a combination of nearly 50 Titanic employees and contracted crews diligently working together for a successful renovation.

“We have our inventory and also we do run some more cables for internet and we do take out artifacts and put in new artifacts during this time. It includes gold leafing the staircase, which is awesome to see,” Skehan said. “We do the elevator, which no one believes, but we make it look brand new again. Even in the gift shop, we’ll take everything off the case and repaint the cases. Paint throughout the ship what’s needed.”

The Titanic crew also takes this time to complete a variety of renovations throughout the ship, which resulted in the attraction’s toilets finding their way outside on the first day.

“We’re doing new tile in the bathrooms. We’re doing new ceiling tiles in our upstairs. We’re putting new tile in our vault. And we do have all kinds of workers here,” Skehan said. “We’ve got guys putting in tile, we’ve got electricians, we have computer workers and we have our outside team with Jeanne and she comes in and does the fine touches.”

Folks may have additionally noticed the sudden absence of the Titanic’s Christmas decorations, which are taken down and stored while the ship is closed.

“There’s about 10 people and it took about six hours this morning. We take them down, we label them all and we put them in our off-site, which is Ballparks of America,” Skehan said. “We set it up all nice, so next year when we have to put them all up, they’re all ready to go.”

Among the ship’s annual todo list, Skehan said they also clean and inspect the giant ship propeller, which hangs from the ceiling above the lobby entrance, and melt the ice wall.

“We call a company out of Springfield, Downhome Productions and they come down. They’re certified. We have to get a lift and take them up and they check out everything to make sure it’s safe for everyone,” Skehan said. “Also the ice wall, we take all the way down to nothing and rebuild it…This will probably take another day to melt and then we’ll start rebuilding. You just turn it on and spray it and it grows everyday.”

In order to make this process take only four days, Skehan said they begin their planning well in advance.

While most of the cleaning and renovations take place in January, Skehan explained there are some things left for other parts of the year.

“We just painted the ship this past summer. The whole ship and that’s a big one,” Skehan said. “We’ll be doing the parking lot as soon as it’s warm enough. It’s a year long process. We like to make things look brand new for them. We switch out artifacts all the time with our sister ship in Pigeon Forge, so there’s always something new at each place.”

Looking forward to the 2023 season and what the Titanic has planned, Skehan offered a slight tease as to what guests can expect.

Ticket reservations for the Titanic are required, as many days they sell out. The Titanic Museum Attraction is located in the heart of Branson at 3235 76 Country Blvd. in Branson.

For additional information or to reserve tickets call 417-334-9500 or visit titanicbranson.com.