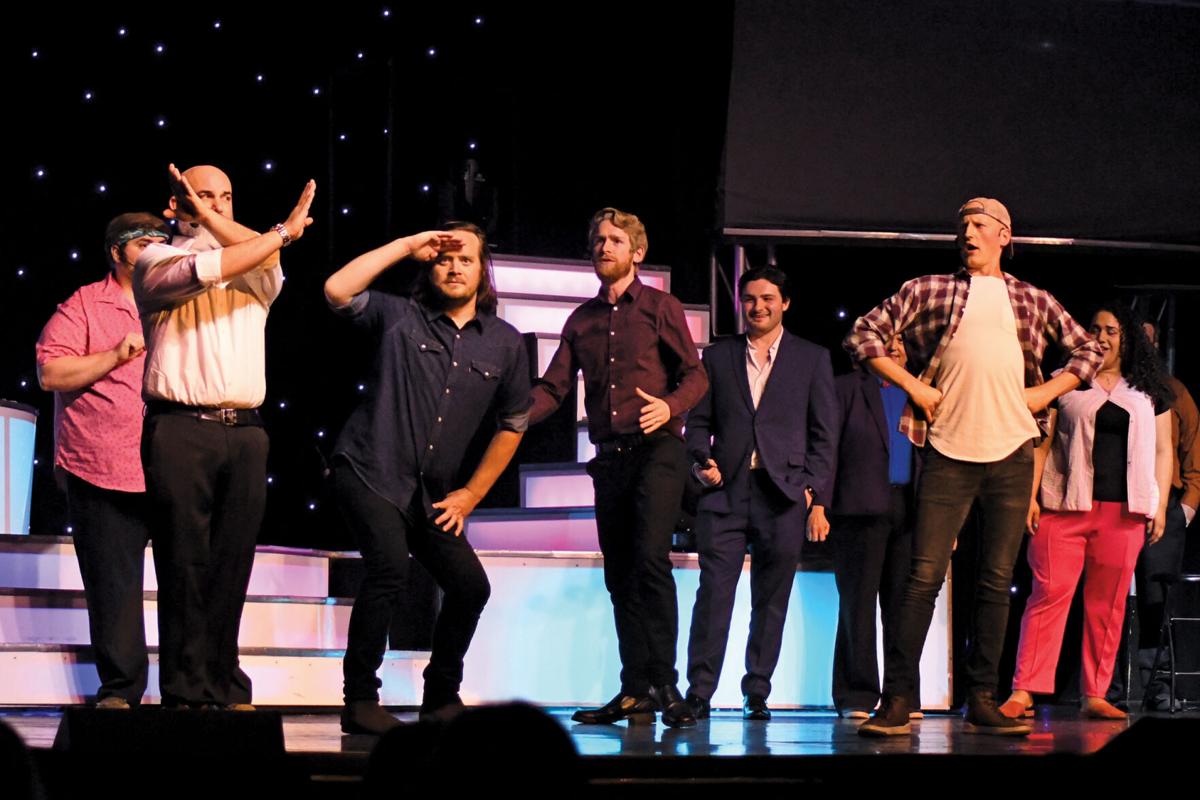 The Arena, a new improv show at the Americana Theater, debuted the first of four scheduled shows on June 4. 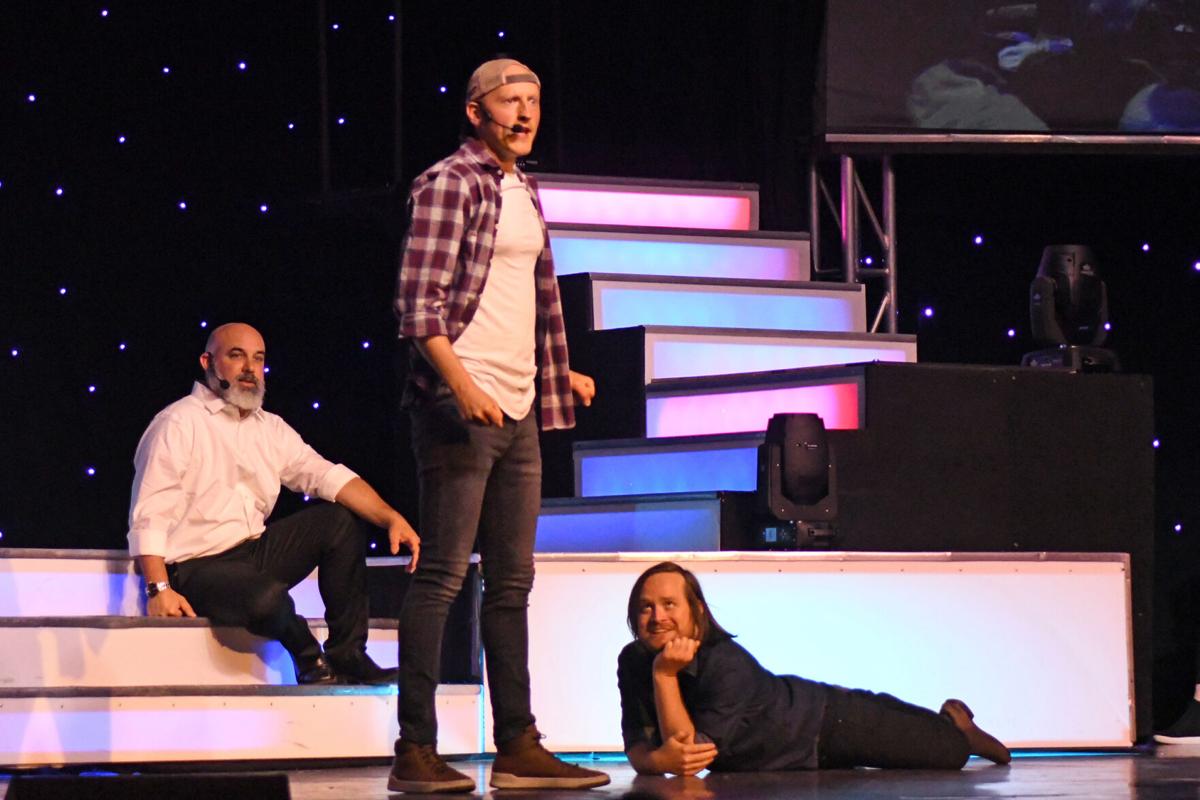 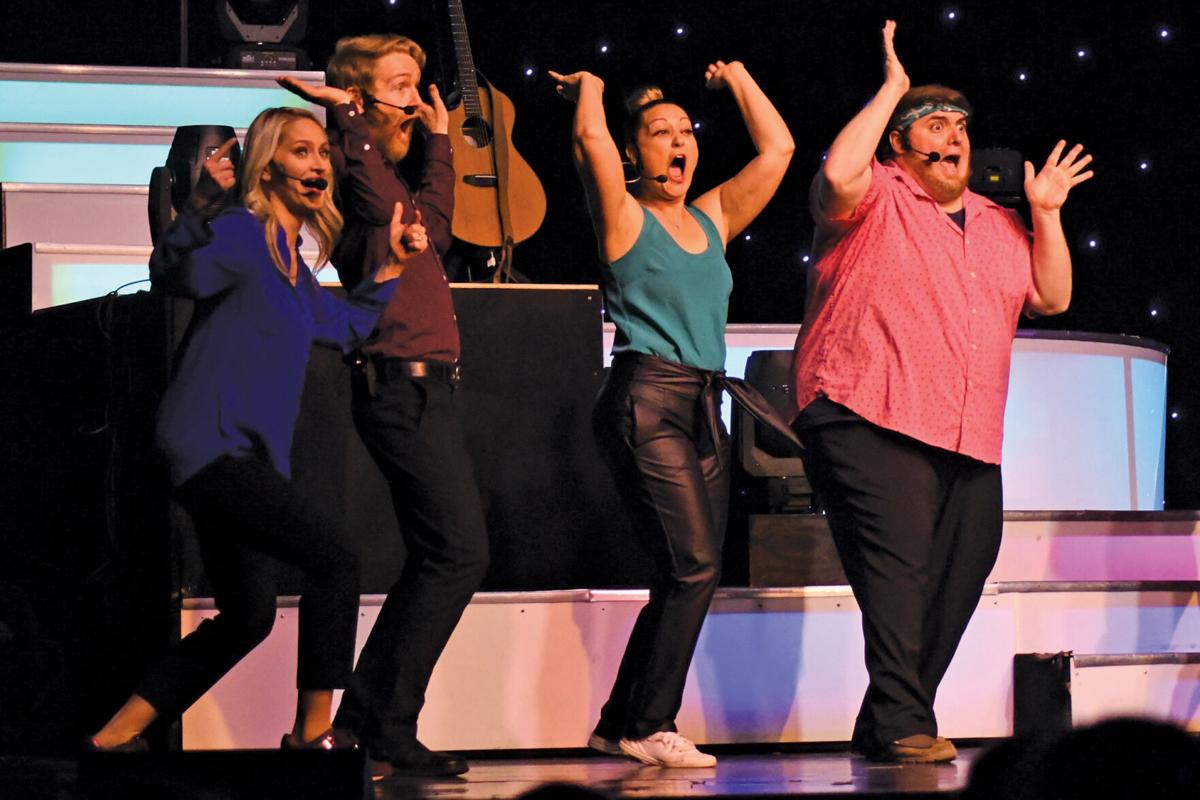 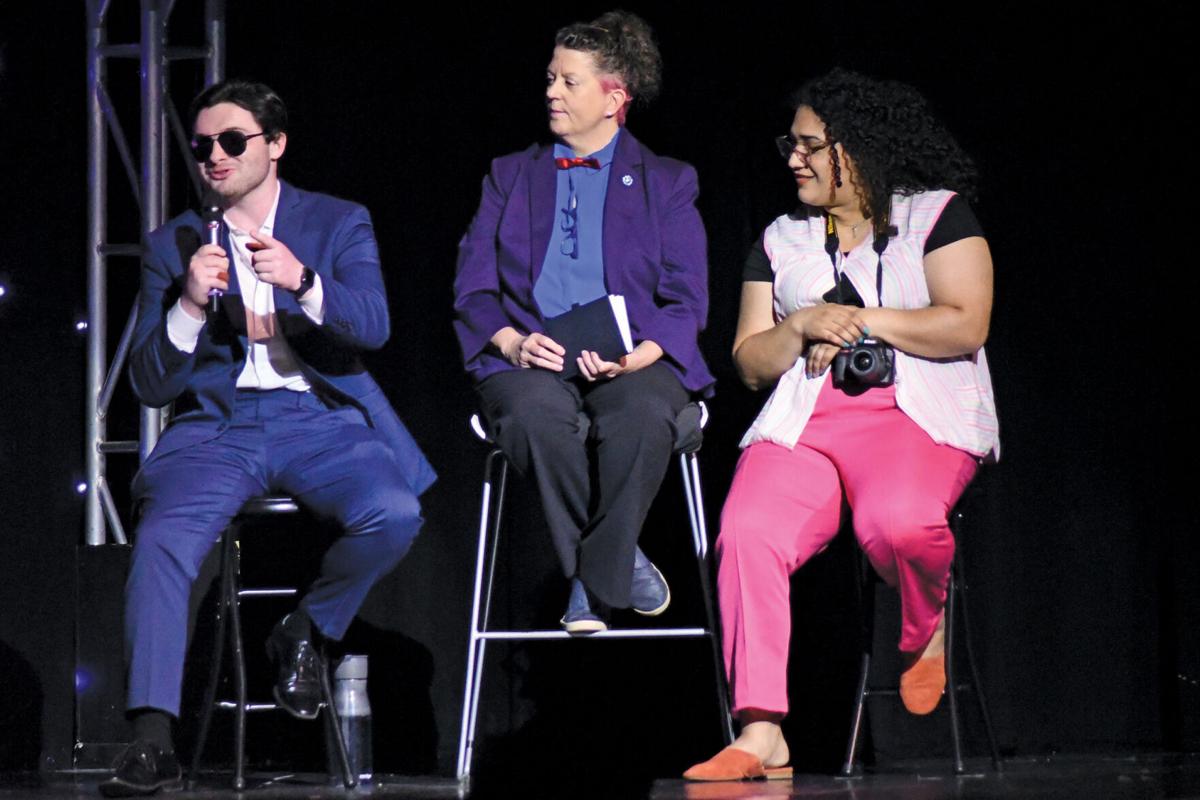 Kendall Howard, Grace Tomlinson and Carolina Buentello served as the judges for the inaugural performance.

The Arena, a new improv show at the Americana Theater, debuted the first of four scheduled shows on June 4.

Kendall Howard, Grace Tomlinson and Carolina Buentello served as the judges for the inaugural performance.

On Friday, June 4, the Americana Theatre hosted the first of four special performances of The Arena; a new improv show in Branson.

Billed as a high energy, interactive, family-friendly comedy show, The Arena promises a hilarious time for all ages, according to Producer and Director Doug Ewart.

“We have two teams of comedians that compete head-to-head for your laughs. We also have a panel of judges. The judges and the audience decide the winning team at the end of the show,” said Ewart. “It’s a very friendly competition and very funny. We play improv games, so if you’ve seen ‘Whose Line Is It Anyway?’ or familiar with ComedySportz and that kind of stuff, it’s very similar to that kind of format.”

Originally a native of Rolla, Missouri, Ewart said he grew up coming to Branson, which is what helped inspire the idea for the show.

“I’ve been coming to Branson for years thinking it needed an improv comedy show that would appeal pretty much to all ages,” said Ewart. “I started working on it back in March.”

Ewart said putting together this show during a pandemic was an interesting challenge, but they were able to still make it happen.

“We did all of our auditions on Zoom, we did most of our first rehearsals on Zoom and we managed to actually make it work really, really well. I thought that was kind of cool,” said Ewart. “We’ve been doing in-person rehearsals for the last three months and we do them in Springfield. I either fly up or drive up every week for rehearsals and … we’re currently rehearsing out of The Creamery Arts Building. We’ve also rehearsed at the YMCA and Springfield Little Theatre. A number of theaters have just been really gracious to us.”

Currently a resident of Texas, Ewart is no stranger to producing successful, long-running shows.

“I’ve been doing a show there, the longest running show in Texas for about 50 years now, called Esther’s Follies,” said Ewart. “I’ve been there for about 20 years and we actually do a vaudeville show there. It’s a very successful long-running show. We do about seven shows a week.”

As the show relies heavily on audience participation and improv, Ewart said if folks come and see all four of their shows this month, they’ll actually be treated to four completely different productions.

Ewart shared that this is his first show in Branson for his company Texas Comedy Productions and that his partnership with the American Theatre and General Manager Chris Newsom has been a bit of a godsend.

“I actually came up here this winter with this idea. I sought out probably three or four theaters and I just found that Chris was one of the nicer guys that I talked to and it just seemed like we clicked really well. He’s been really helpful in guiding me through this entire process of breaking into this market and getting the show up in Branson,” said Ewart. “As I did my research, the Americana Theatre kept coming up, so that’s also why I settled on it. For the style of show that I was doing, it was the size theatre I was looking for. Those guys are great. They also do a variety of family-friendly shows.”

“We’ve got three actors from Branson that are in the show, several from Springfield and a couple from Joplin. Then throughout the summer we’ll have guest performers coming in from Dallas and from Nashville,” said Ewart. “A lot of our improv games are music games. That brings in a neat aspect to the show too and you can’t do a show in Branson without doing some music.”

Although The Arena only has three more shows planned this month, at this time, Ewart said the plan is to hopefully add more showtimes this season.

“This is, right now, kind of a big experiment for us,” said Ewart. “We thought we would start off with four shows, see how it works, see if we’re doing everything right and see if there are things we need to change. But the intent is definitely for use to expand.”

The remaining three performances scheduled are June 11, 18 and 25 at 5 p.m. The length of the show runs for approximately an hour and 15 minutes, with no intermission.

For additional information visit thearenabranson.com or for ticket reservations contact the Americana Theater box office at 417-544-8700.