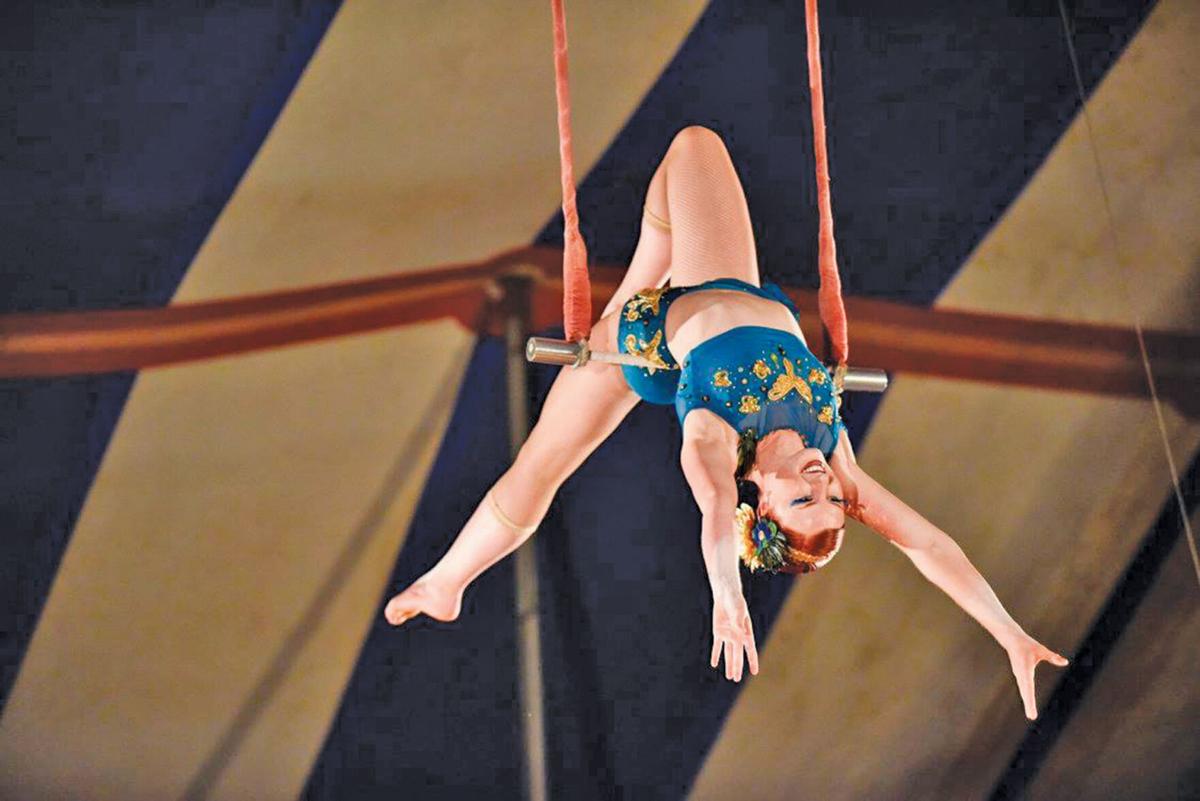 Simone Key performing on the Single Trapeze as part of the Culpepper & Merriweather Circus. 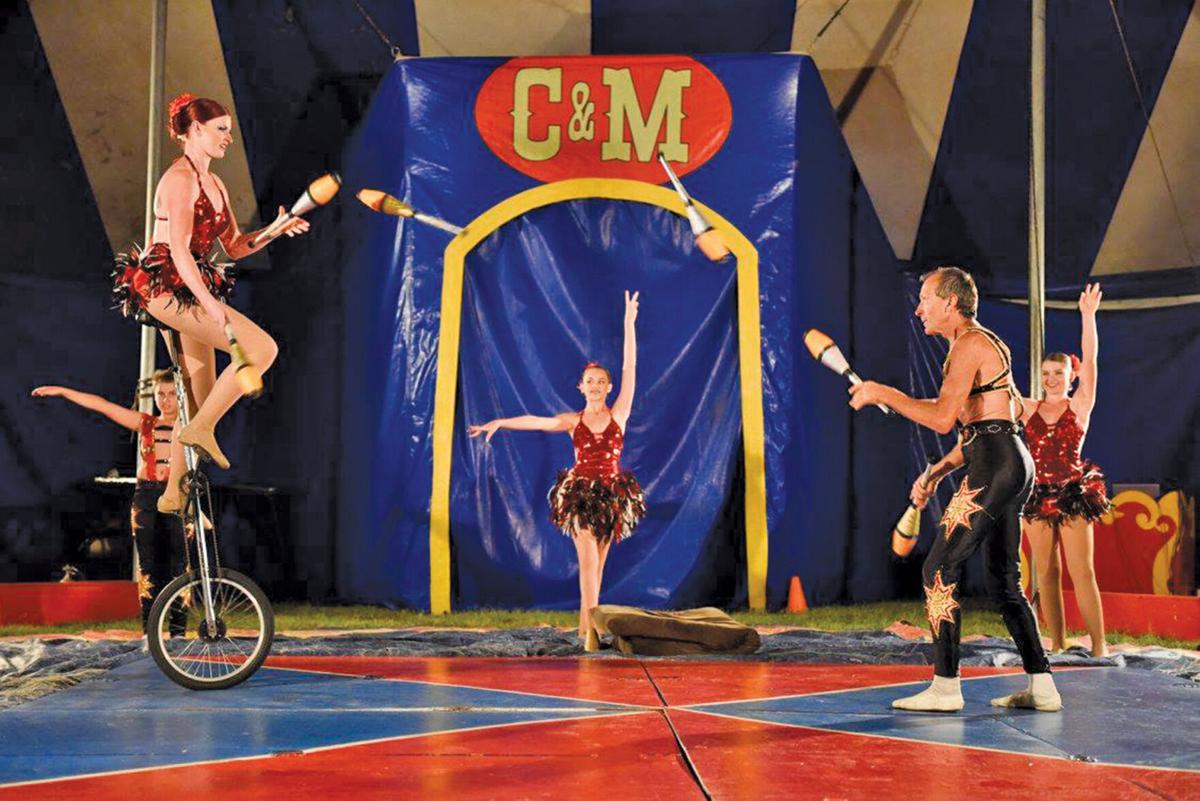 The Arlise Troupe wows audiences with their unicycle act as part of the Culpepper & Merriweather Circus. 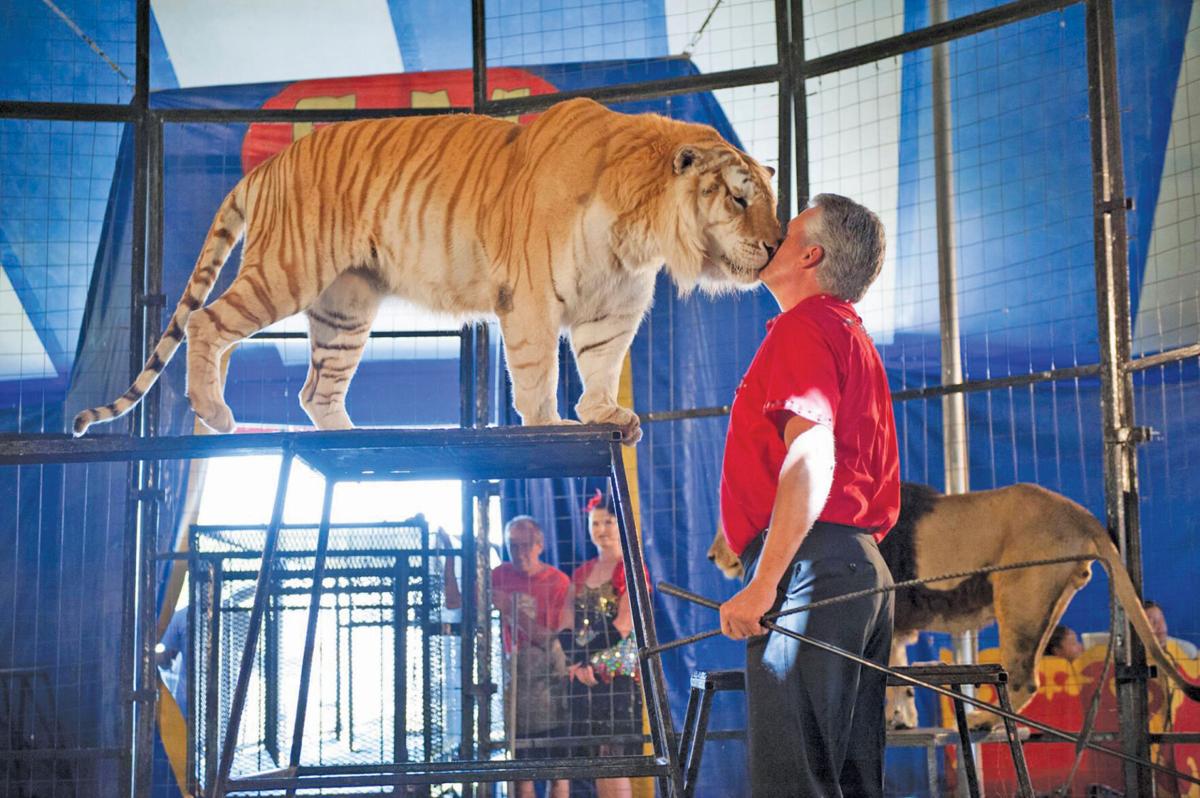 Solomon the Tiger shows some love to a member of the Culpepper & Merriweather Circus.

Simone Key performing on the Single Trapeze as part of the Culpepper & Merriweather Circus.

The Arlise Troupe wows audiences with their unicycle act as part of the Culpepper & Merriweather Circus.

Solomon the Tiger shows some love to a member of the Culpepper & Merriweather Circus.

The circus is coming to town.

On Friday, Sept. 17, Forsyth will welcome the Culpepper & Merriweather Circus to Shoals Bend Park for two back-to-back performances. Now in its 36th edition, the C&M Circus is an authentic one ring, big top circus, which has become internationally known for its quality family entertainment.

At the C&M Circus, they strive to create a reminiscent experience for folks who remember attending the circus as children, according to Trapeze Artist, Unicyclist and Announcer Simone Key.

“We try to keep everything real old school, really traditional. It’s a smaller tent, but a lot of the comments we get are that its really cool for people to see everything so close up, as opposed to being in a big auditorium or a colosseum or something like that. It’s very intimate and you get to see everything,” Key said. “No seat is further away than 40 feet from the ring, so you’ll get to see everything that goes on during the show and be right up in all the action.”

During the show, Key said audiences will be treated to all the different components that make up a traditional circus performance.

“We’ve got trapeze, unicycle, we’ve got tigers, horses, birds, daredevil acts and our clown is pretty awesome too,” Key said. “The show lasts about an hour and a half and we also have a little intermission in there in case the kids are getting antsy and wanna go run around for a minute.”

The C&M Circus is coming to Forsyth thanks to the sponsorship of the Forsyth Lions Club. Key said what she loves most about their circus is they have something for everyone.

“Things that anyone from nine months to 99 years old will enjoy. People will come away from it with different things,” Key said. “The kids love the high flying tricks and the things of course involving animals and things like that. I always like to see the varying different things that people take away and enjoy during the show.”

Joining Bell and her single trapeze act under the big top is Miss Paulina and her ‘Big & Little’ Prancing Ponies, The Arlise Troupe on their unicycles, Logan Jimenez with his Cockatoo Review, Emilie Dean with her amazing feats of aerial strength, the Wheel of Destiny and the Russian Swing by The Perez Family.

Before and after the show, as well as during intermission, Key said circus guests are invited to enjoy and take in the offerings of the midway.

“That has face painting, we have three inflatable rides, pony rides and a concession stand that has all your food groups represented: cotton candy, popcorn and snow cones,” Key said. “Just all the necessary treats that you of course have to partake in during circus day.”

On Friday morning at 9:30 a.m., Key said the circus invites folks to come out the park and watch the raising of the tent and to stick around for a free tour.

“People can come out, see us and meet us, and learn and ask any questions they have about the show. Of course get to see that the animals are all beautiful and healthy and taken care of. We’ve always thought it was really important to give folks a chance to see that before they buy a ticket,” Key said. “We’ve done that for as long as I’ve been here, which has been since 2003 actually. It’s just a really cool part about circus day and a cool part of what we do. We have school groups come out sometimes, even daycares and we’ve even had nursing home facilities bring out folks in wheelchairs to get to see the tent raising, so it’s always a really cool part of the day for sure.”

A common question this season has been regarding the circus’ COVID precautions. Key said they have been going by whatever regulations the city has in place at the time they’re visiting. If a city doesn’t have any regulations, then it’s up to the patrons on what they would like to do.

“We have some people who wear masks and who don’t. It’s just whatever your own personal preference is,” Key said. “Something we started doing this year is we lift up the sidewalls so the tent is better ventilated. We normally do on a hot day anyway, but we’ve just been leaving it up so we have more airflow and ventilation inside as well.”

Advance tickets for the circus are currently on sale at Country Mart and Scooters Express Gas in Forsyth.

“Definitely get your tickets early, because they’re cheaper when you get them in advance,” Key said. “We also have tickets online that will be available until 10 o’clock the night before the show. That’s the latest you can get the advance tickets. On circus day, the box office opens an hour beforehand and you’ll be able to get tickets the day of the show barring a sell out, which has happened a few times this year. That’s definitely something to be aware of.”