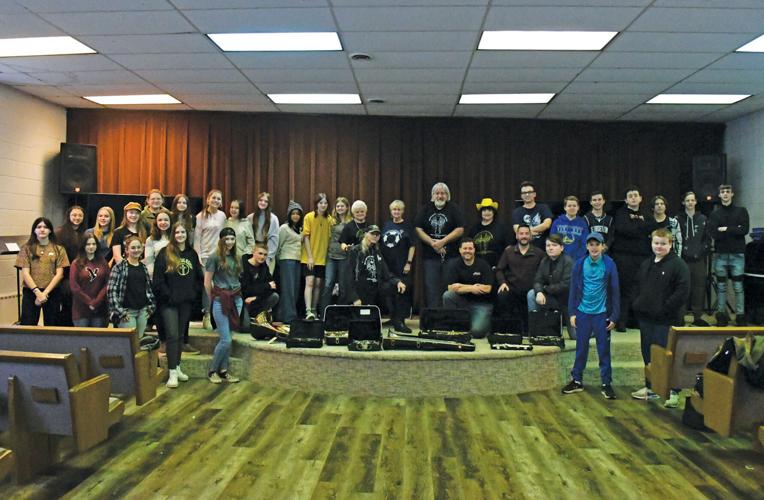 The members of the Jimmy Jack Foundation join the Trinity Christian Academy music class students for the presentation of the instruments on Friday, Jan. 6. 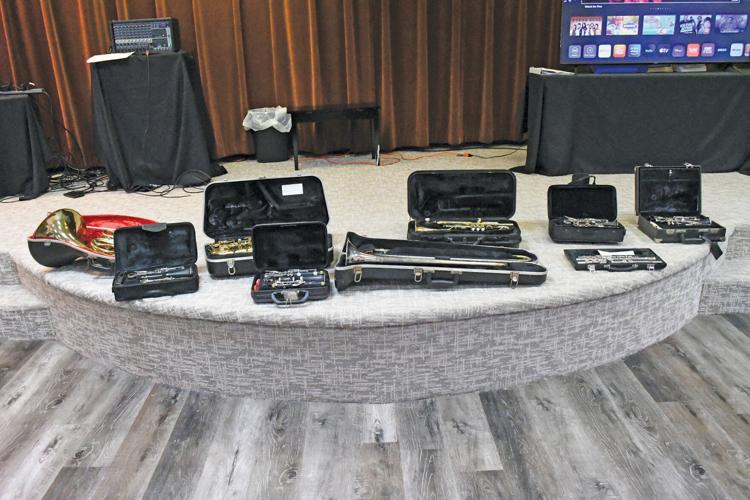 The Jimmy Jack Foundation made a donation of nine used instruments to Trinity Christian Academy in Hollister. 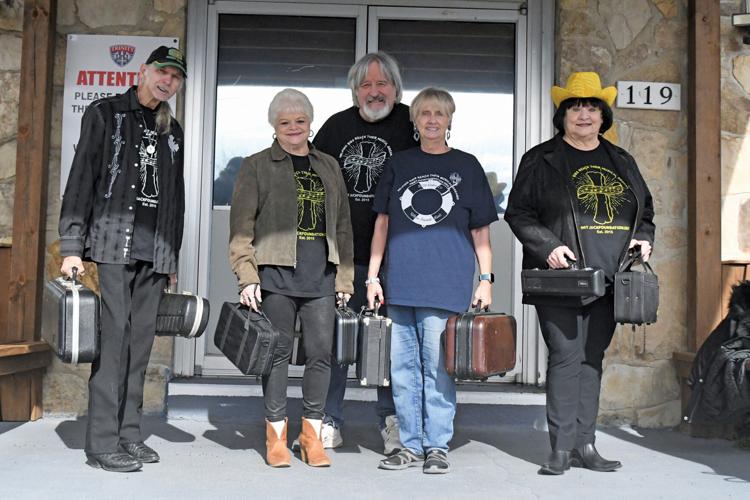 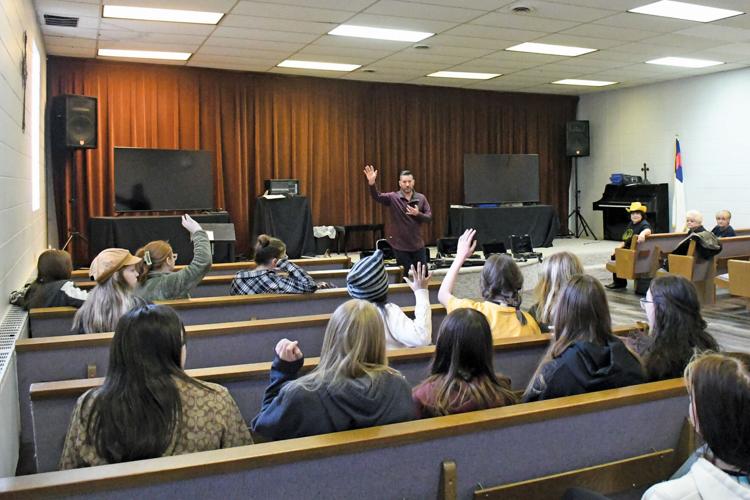 Trinity Christian Academy Music Teacher Jeremy Rouch welcomes his students to class ahead of the presentation.

The members of the Jimmy Jack Foundation join the Trinity Christian Academy music class students for the presentation of the instruments on Friday, Jan. 6.

The Jimmy Jack Foundation made a donation of nine used instruments to Trinity Christian Academy in Hollister.

Trinity Christian Academy Music Teacher Jeremy Rouch welcomes his students to class ahead of the presentation.

Trinity Christian Academy in Hollister has taken their first official steps toward the recreation of a student band thanks to a donation of instruments from the Jimmy Jack Foundation.

On Friday, Jan. 6, members of the Jimmy Jack Foundation gathered at the Hollister private school to formally present Trinity Music Teacher Jeremy Rouch and his music class with the donation of nine used instruments.

“It means a real music program for us, because private schools like ours don’t have the funding public school systems do,” Rouch said. “For private schools, foundations and organizations like the Jimmy Jack Foundation are very important for us to have a good successful music program. If we want to build a band or anything, we’ve got to have those instruments, so it’s really key to a really good music program.”

Jimmy Jack Foundation CEO and Founder Jimmy Jack Whitaker said their non-profit organization was made aware of the schools desire to start a band and get instruments by Entertainer Patrick Haygood, of the Branson performing family The Haygoods.

“This is the beginning of our eighth year and this is our sixth school. When we found out this school needs…we contacted them and they’re just starting a music program, so we jumped in on that and tried to give them a boost up,” Whitaker said. “We have six schools right now we do this with in different states and it’s kind of cool being right here by Branson or part of Branson basically that we’re able to help this school start their music program and help get it kicked off.”

Rouch said once upon a time Trinity did have a school band, but it  faded away when one of the school’s former music and band teachers moved away.

“It’s great, because I’ve got students like these who didn’t know before if they wanted to play,” Rouch said. “Now they see the instruments and they’re like, ‘Can we join?’…There’s a difference between just talking about it and bringing it to reality.”

Rouch added the students who take up an instrument will have a combination of class time as well as after school practices to perfect their music abilities.

“It’s really been cool. I never dreamed the schools would need it. When we started out, we were giving the kids their own band instrument, but we’re not guaranteed a fourth grader is going to play next year, much less the rest of school. So we changed it up a few years ago and went with the school bands,” Whitaker said. “Guitar is different. That’s got to be personal. We always tell them, if you don’t use it just give it back. But now we just give it to the band directors and let them decide and it works out really well.”

Whitaker shared one of the first opportunities the foundation had to donate instruments to a band was when they discovered the need schools had for instruments.

“One girl in Kentucky that was a band director there. It was about three or four years ago,” Whitaker said. “She had so few instruments, she was teaching and letting the kids borrow her clarinet that she used in college and everything else. The first things we brought were two clarinets and a trombone. Then we thought, there’s a need out there for the schools. In Wichita Fall, Texas we have a school we support there, but this is our sixth school. We take care of them if we can. If something comes in and I know they need it, we get it to them. It’s really been cool.”

Many of the instrument donations are used instruments that have been donated to the foundation, according to Jimmy Jack Foundation Donation and Advertising Coordinator Danny O’Neal.

“It’s all about God. It’s all about seeing and helping these kids. Watching the expression on their faces,” O’Neal said. “I always tell people when they want to thank us I say, ‘Don’t thank me, thank God.’ We’re the UPS guys. We deliver.”

“The cool thing is most musicians, as they get older, they’re looking at that instrument and the legacy of that instrument,” Haygood said. “They’re saying, ‘Man, I learned so much. That thing brought me so much.’ And the next step in that line of thinking is, ‘Man I wish someone else could have the same experience.’ The cool thing is, that’s where they go ‘Bam!’ Right there. They go, ‘Let’s be the conduit for all this stuff.’”

Haygood added, as a performer in Branson, he often here’s the same stories from fellow musicians.

“I can’t tell you how many guys and gals come to the show and they’re amazing musicians,” Haygood said. “They’re like, ‘Hey, I’ve got an old fiddle. My granddad played an old guitar. Who can I give it to? What can I do with it? I don’t want to keep it, but I don’t want to give it away to just nobody. I want somebody to play it.’ That’s the power behind what we discovered here that we’re excited about.”

In agreement, Whitaker confirmed the foundation and its members are just a conduit.

“I’ve given everything I’ve had away, except what I use on stage and I’d play all over the country. I’ve been blessed to do what I do and it’s all pyramided into this. This is what I dream about. I don’t think about, ‘I’m going to pick with Charlie Daniels tonight.’ I’m thinking, ‘What kid is going to need this’ That’s where I’m at,” Whitaker said. “Nothing is really ours. I didn’t realize that until I started this. Nothing is mine. I’m not taking anything with me. I had three Taylors and I’ve given them right off the stage.”

Headquartered in Snyder, Oklahoma, the Jimmy Jack Foundation also provides college scholarships for students and sponsors mission trips. To learn more about the foundation or to make an instrument or monetary donation visit jimmyjackfoundation.org.