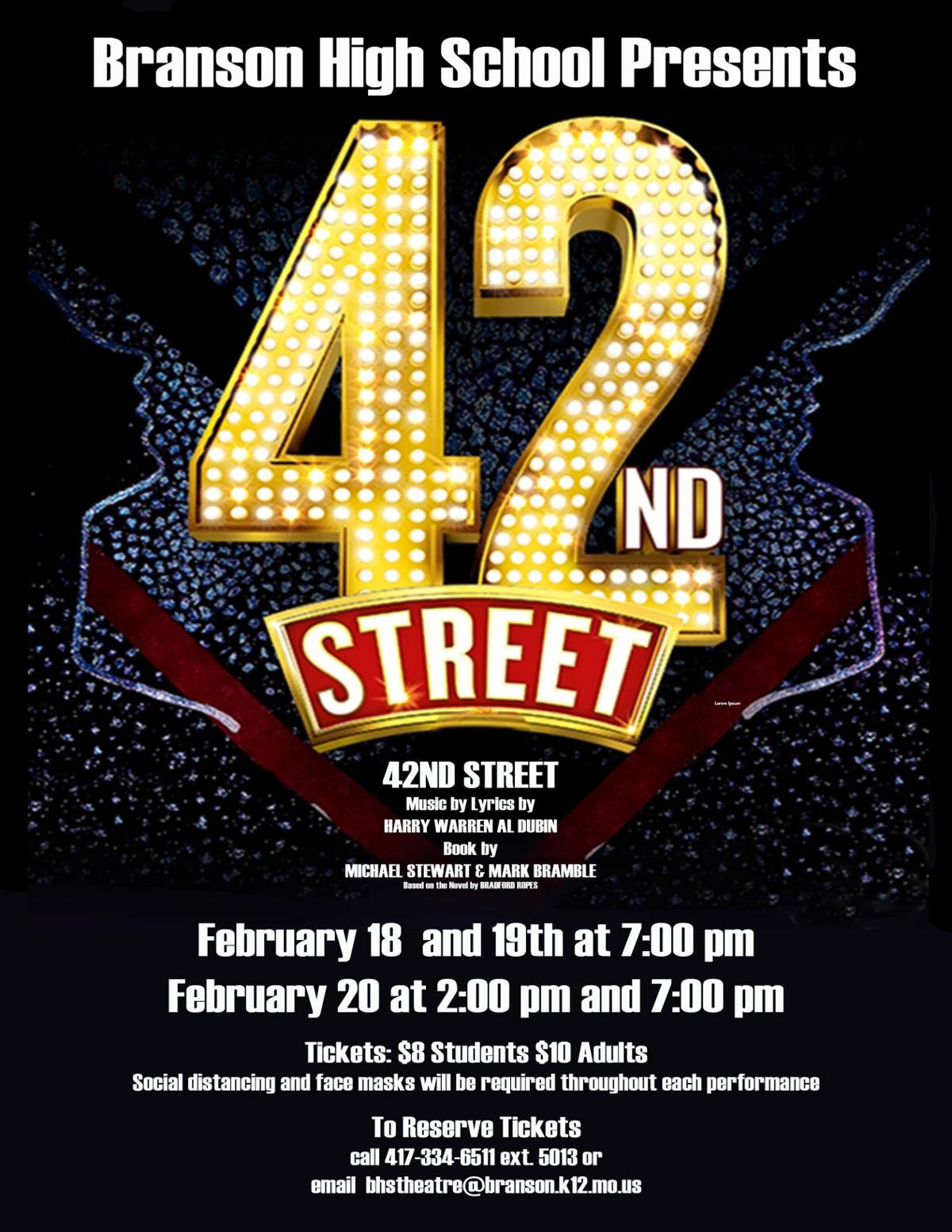 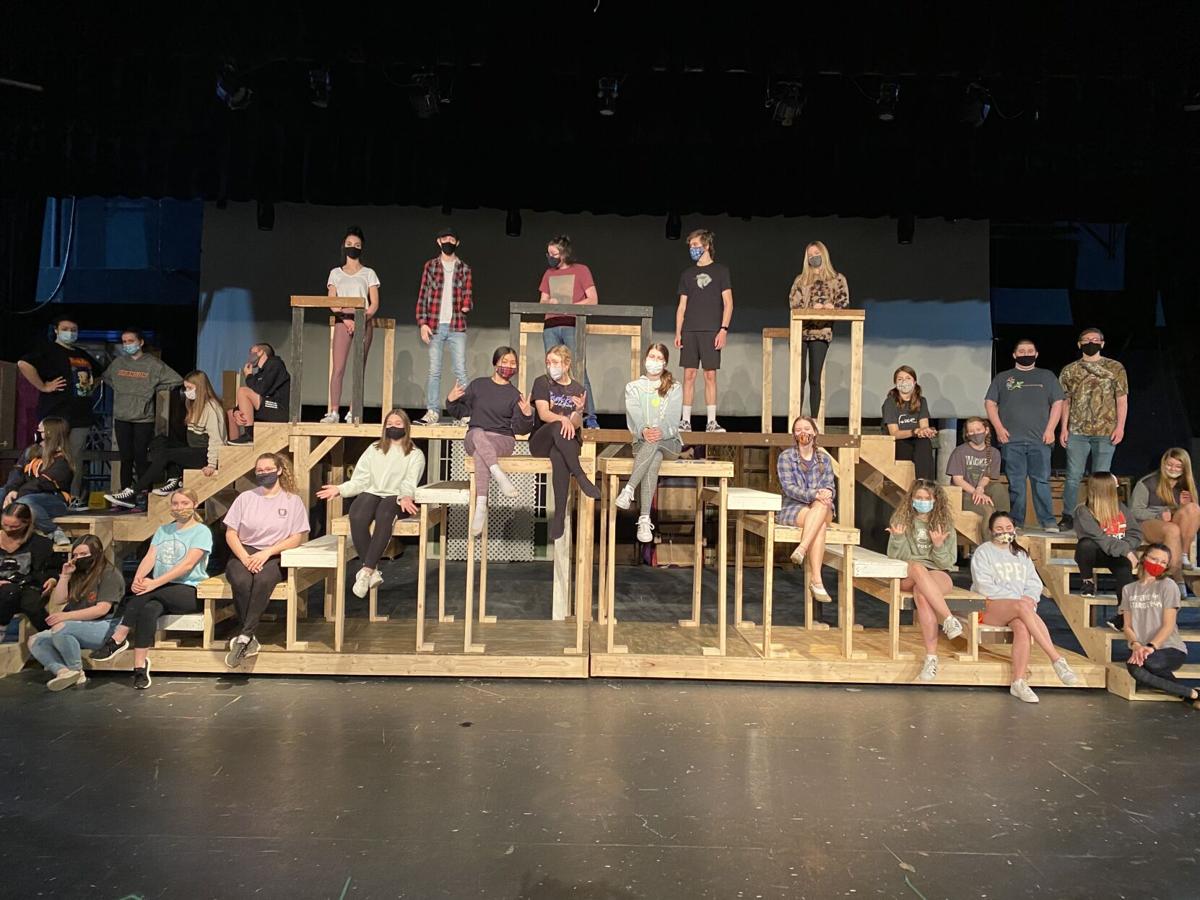 Based on the 1932 novel by Bradford Ropes and the 1933 Hollywood film adaptation, the musical “42nd Street” is by Michael Stewart and Mark Bramble, with lyrics by Al Dubin and Johnny Mercer and music by Harry Warren.

“This is just a great classic story of a girl who wants to make it big on Broadway and the different things that sort of stand in her way,” said Branson High School Theatre Teacher Erin Moody. “So this is a really simple, but fun plot line. This show is great for kids. There are so many dances and pretty costumes. So it really is just a fun outing for the whole family.”

In selecting “42nd Street” as the theatre department’s next production, Moody said her reasoning was really two-fold.

“Well I always take a look at my kids and I look at what talents I have. This year I have an overwhelming amount of super talented females, and I knew I wanted to showcase them,” Moody said. “So this show obviously has both male and female parts, but it does have these huge dance roles for strong females. So that’s kind of why I choose it. Also just because it is more of a classic show. I know last year with ‘Legally Blonde’ it was more modern, so I thought it was time to do a more classic production for audience members.”

For the set designs on stage, Moody said they had to figure out a creative way to showcase all the different locations the characters go during the musical.

“We decided to take a different kind of spin on it and we have a set background structure, but we have some movable pieces that move on and off stage to set those different locations. It’s definitely a challenge, but it is looking so great and I’m definitely excited for it,” Moody said. “We have tons of kids involved in this show. We’ve got a full student orchestra pit from our band department and then we have our choir program who helps us with our backstage chorus and then obviously the theatre program with our actors and singers on stage.”

The time period for the production is set in 1933. Moody said, in order to transport the young actors in the show back in time, they had to have the right attire.

“I actually have a great student designer, Lucy Thomason, and she’s done a good job helping with the time period for this show,” Moody said. “This is a huge costume show, so having as many hands on deck as possible is what’s going to make it so successful.”

While Moody admits that putting on a larger show during the COVID-19 pandemic hasn’t been easy, it has not stopped the Branson High School Theatre Department from rising to the challenge.

“Well considering there have been so many kids involved, that has been a huge challenge. I mean, we have about 50 kids on stage and probably 50 kids backstage and then we have the (orchestra) pit as well. It’s challenging for sure,” said Moody. “I’m just thankful that we’re able to continue our art that we love so much. We’re just trying to stay safe by wearing masks and social distancing when we can. We will require our audience members to wear masks as well.”

UPDATE: Due to the inclement weather, the opening night performance scheduled for Thursday, Feb. 18 has been cancelled. An additional show has been added to the schedule for this Sunday at 2 p.m. Those with tickets to Thursday's canceled show can message the email address listed above to move their tickets to a different show day or get a refund.