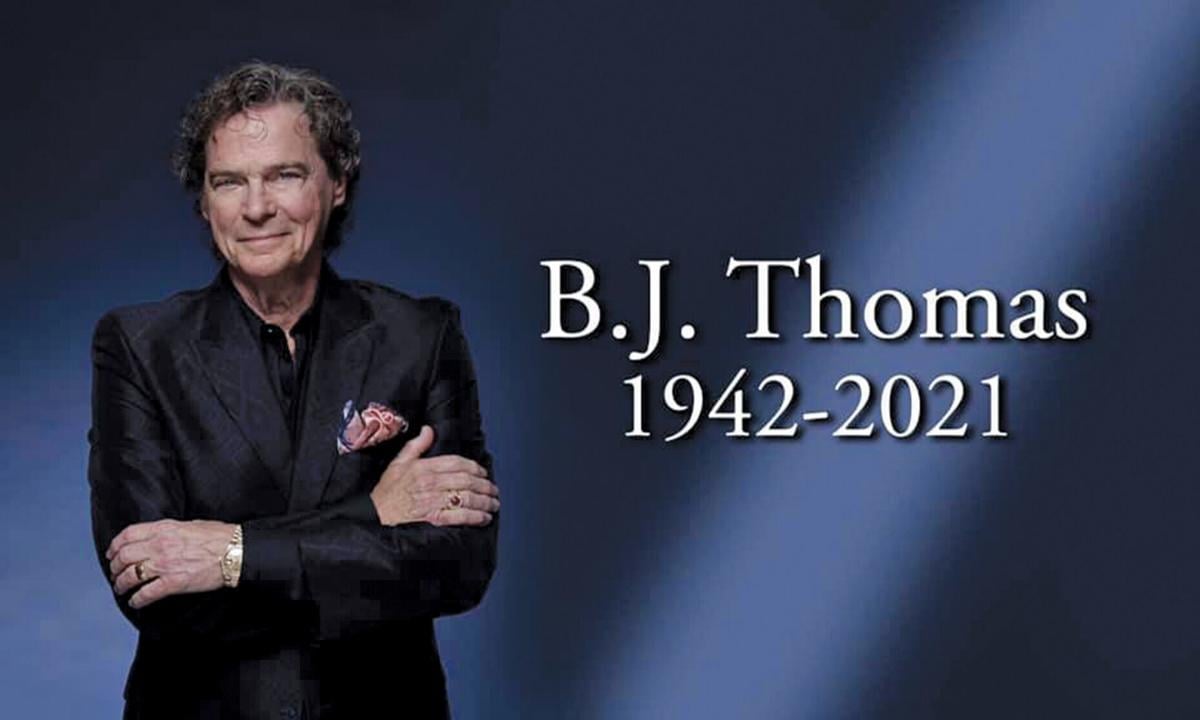 B.J. Thomas died at the age of 78 on May 29. He performed in Branson multiple times during his long music career. 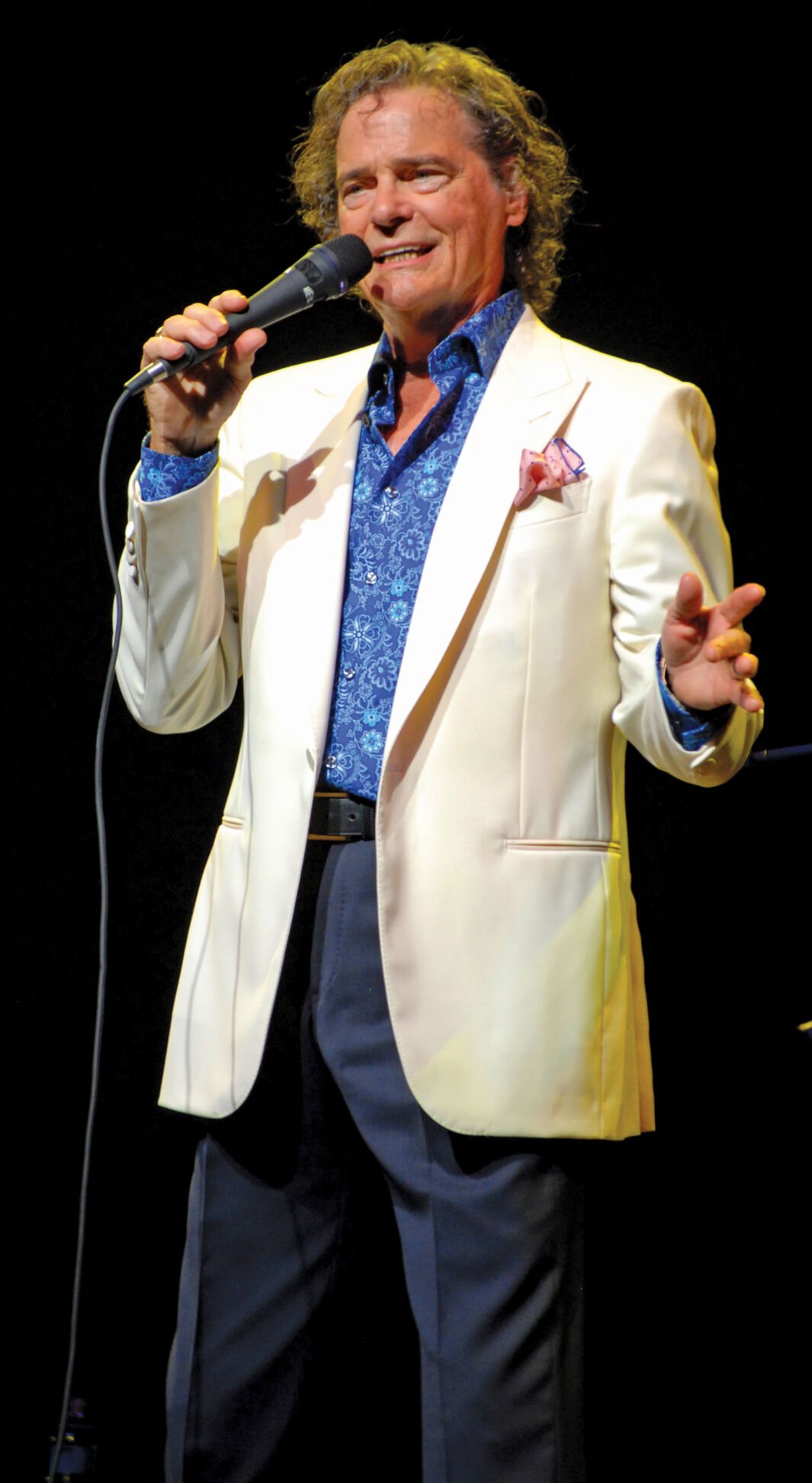 B.J. Thomas performing during an Up Close Concert event in October 2016 in Branson.

B.J. Thomas died at the age of 78 on May 29. He performed in Branson multiple times during his long music career.

B.J. Thomas performing during an Up Close Concert event in October 2016 in Branson.

One of the most distinctive voices in American pop music, B.J. Thomas, died on Saturday, May 29 at the age of 78.

Thomas was a Grammy winning pop-country singer, probably best known for his hits “Hooked on a Feeling” and “Raindrops Keep Fallin’ On My Head.” During his career Thomas found himself performing multiple times in Branson.

On March 23, Thomas revealed to the world that his doctors had diagnosed him with stage four lung cancer. At the time of his diagnoses, Thomas released a statement while receiving treatment at a health care facility in Texas.

“I just wanted to take this unique opportunity to share by gratitude to Gloria, my wonderful wife and my rock for over 53 years, my family, friends and fans,” said Thomas in the statement. “I’m so blessed to have had the opportunity to record and perform beautiful songs in pop, country and gospel music, and to share those wonderful songs and memories around the world with millions of you. I ask all of you for your prayers during this time and that my music can live on with you.”

Bob Cannella with Up Close Concerts welcomed Thomas to Branson on several occasions. Upon learning of Thomas’ death, Cannella submitted the following statement to the Branson Tri-Lakes News:

“I met B.J. Thomas about 10 years ago at the DFW airport while we were both waiting for a flight. I introduced myself and he was very friendly. We talked about the concert business and I asked him if he had ever performed in Branson. He said he had but his last experience with the venue where he performed didn’t go well and he hadn’t been back. I asked if he would give our company a try and he said he would. I contacted his management and we got our first dates booked quickly. We also learned that we lived about 10 minutes from each other, so it was a good beginning to working together on numerous dates since that initial chance meeting at the airport.

“B.J. is the very rare performer who has had major hits in multiple musical genres. He has topped the pop, country and Gospel charts throughout his career, and always included that variety of hits in his concerts. That made it possible for us to co-headline B.J. with artists as diverse as Ray Price, Herman’s Hermits, John Conlee and Brenda Lee. We were scheduled to host B.J. this past October 17 with Jay & The Americans, but the pandemic made it necessary to postpone the event. We were getting ready to promote the rescheduled date for this year when B.J. announced he was diagnosed with stage four lung cancer. There are few people in this business who are always a pleasure with which to work and always do a great show. B.J. was one of those people.”

Since his passing, Thomas has also been remembered by several others in Branson. Steve Morris with The Comedy & Music of Steve Morris show at the Branson Central Theatre shared his thoughts on the passing of his friend on Facebook.

“Rest In Peace my friend. Thank you for giving my career a ‘leg up’ all those years, and, even more important, being a nice guy and my friend,” said Morris. “I will miss you B.J. - the best voice bar none.”

The Branson Academy for the Advancement of Music and Theatre also took to Facebook to pay their respects to the music icon.

“Rest B.J. One of the very first ‘Stars’ to begin visiting Roy Clark’s Theater in Branson at the beginning of the #BransonBoom B.J. Thomas led the way in our industry and he led the way to Branson for many great entertainers,” said BAAMT. “May the souls of the faithful departed Rest In Peace and May the light of perpetual mercy shine upon them.”

Lee Greenwood, who has performed many times in Branson over the years, took to Twitter to express his condolences.

“B.J. Thomas not only had a great voice, but he was right for his time in the movie, ‘Butch Cassidy & the Sundance Kid’ with the song ‘Raindrops Keep Fallin’ On My Head,’ which was perfect for his career,” said Greenwood. “I knew him personally and he was a wonderful human being. He will be sadly missed.”

Thomas was a five-time Grammy award winner and Grammy Hall of Fame inductee. Additional Thomas hits include “Whatever Happened to Old Fashioned Love,” “As Long As We’ve Got Each Other” and his cover of Hank Williams’ “I’m So Lonesome I Could Cry.”