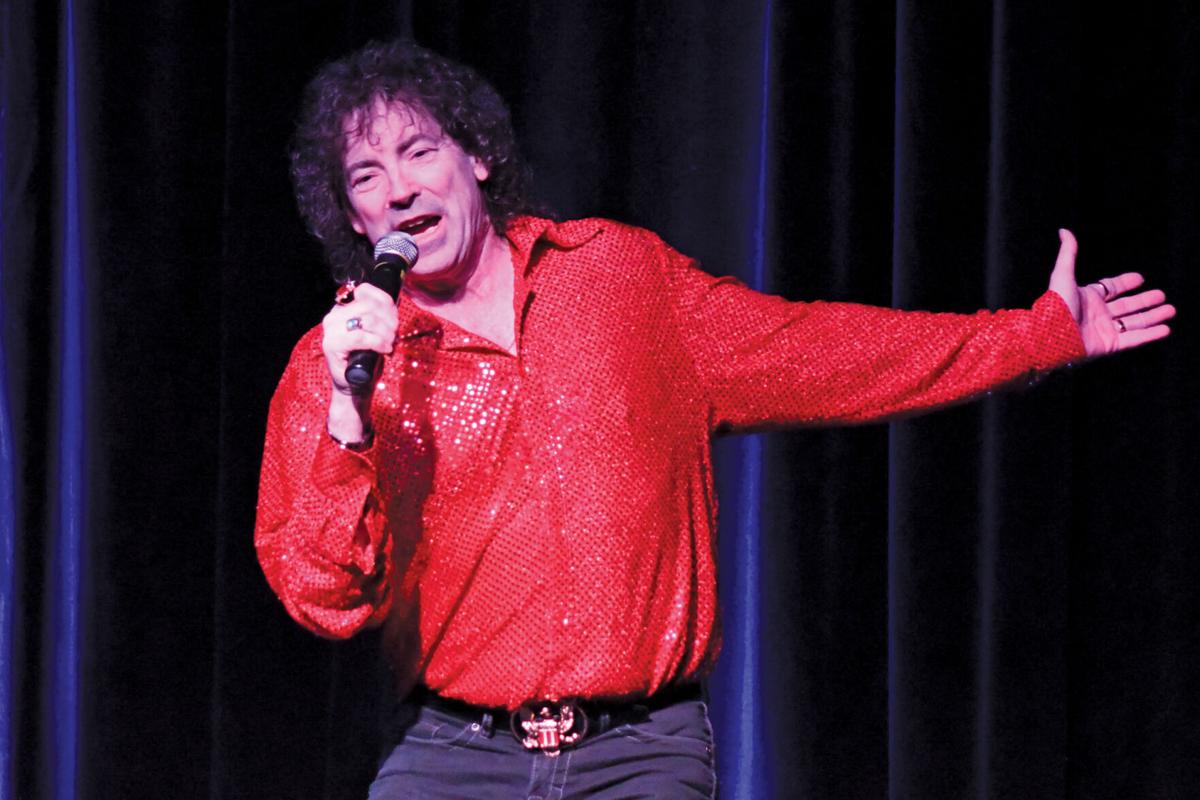 Mark Aldred’s Jukebox Live made its second season debut on Jan. 17 at the Branson Star Theater. 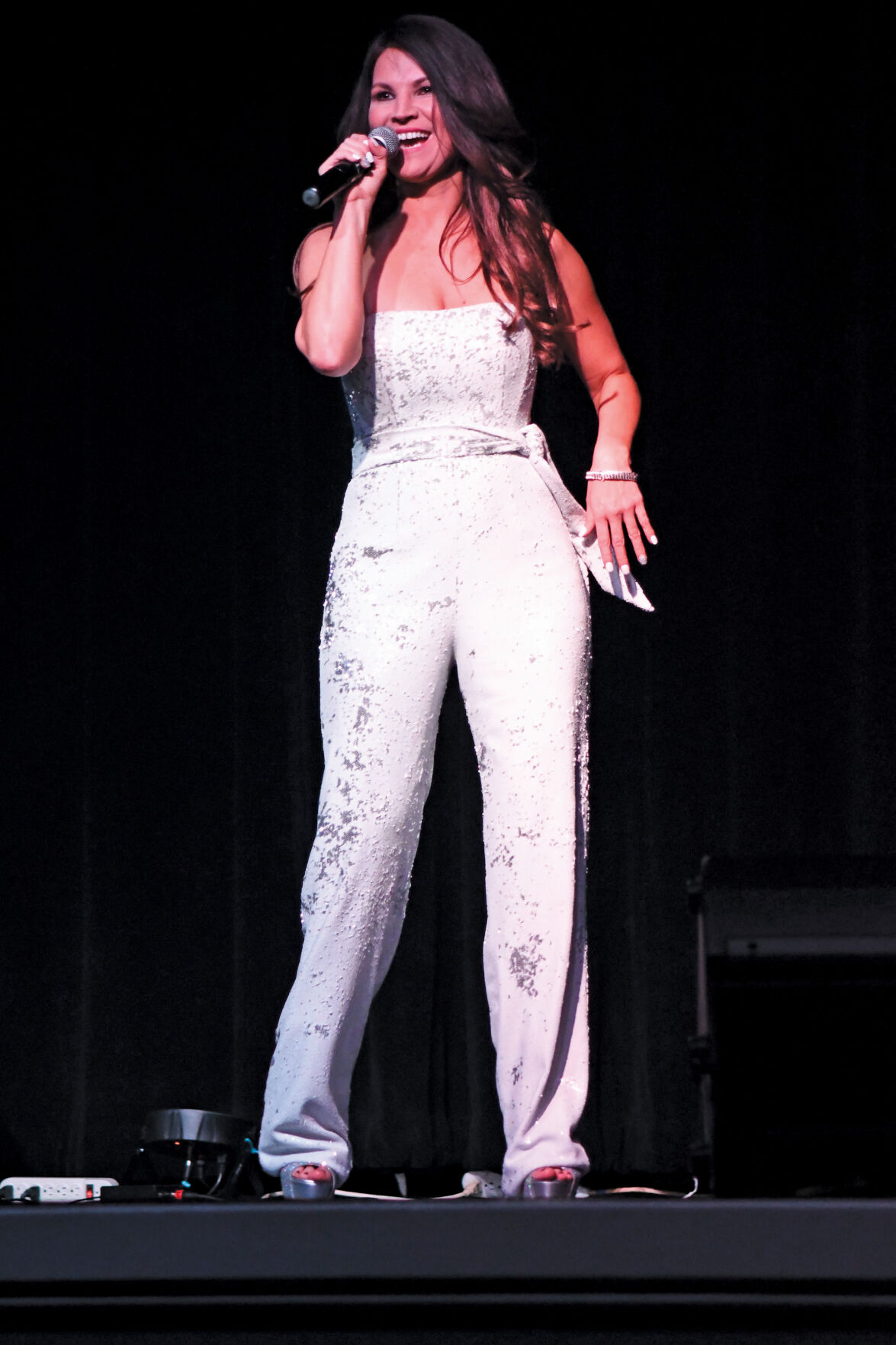 Racheal Johnson of Melbourne, Arkansas made her Branson stage debut during Jukebox Live on Jan. 17. 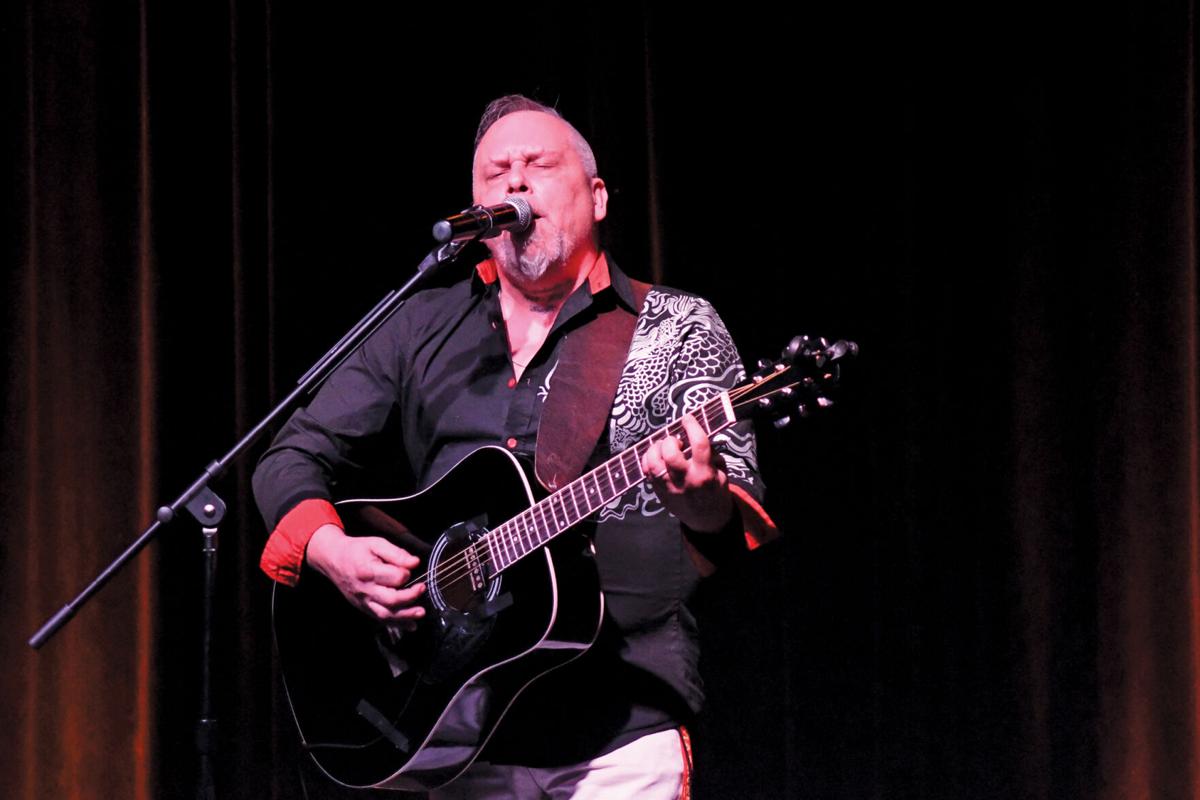 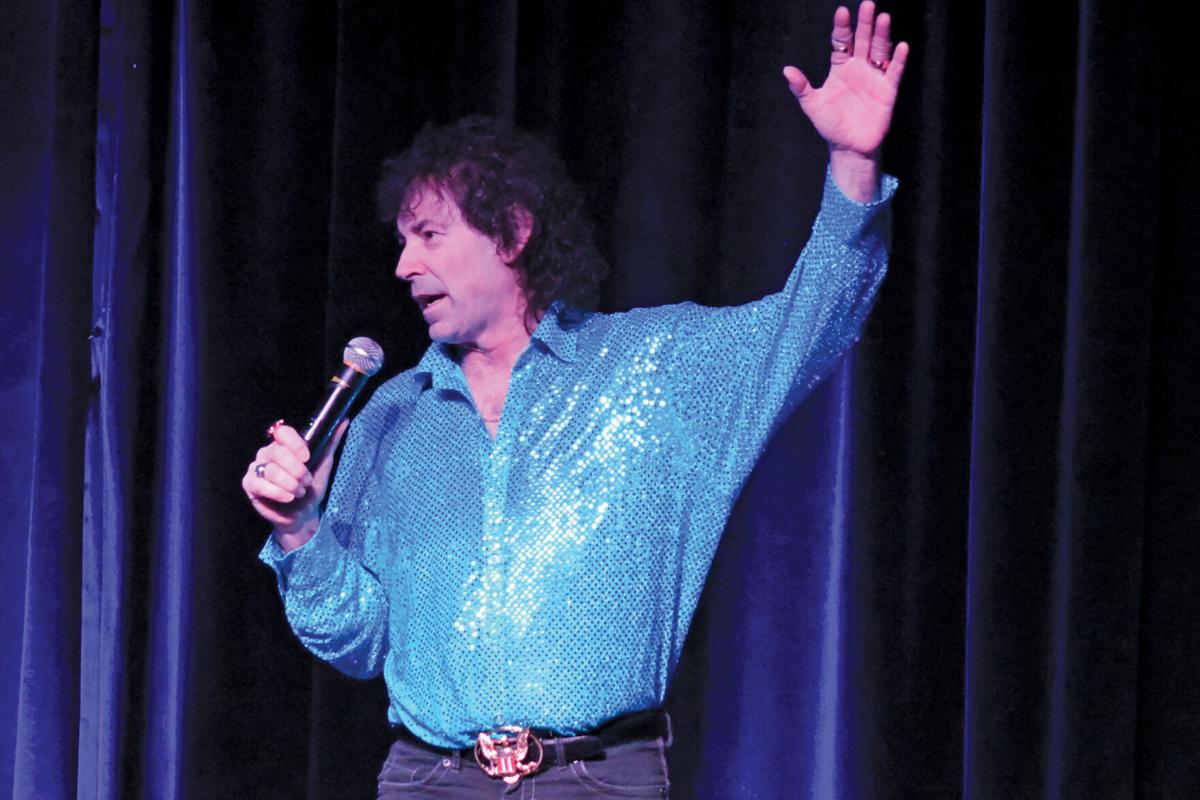 At the end of the show, Mark Aldred thanks the audience for joining him for an evening of fun. 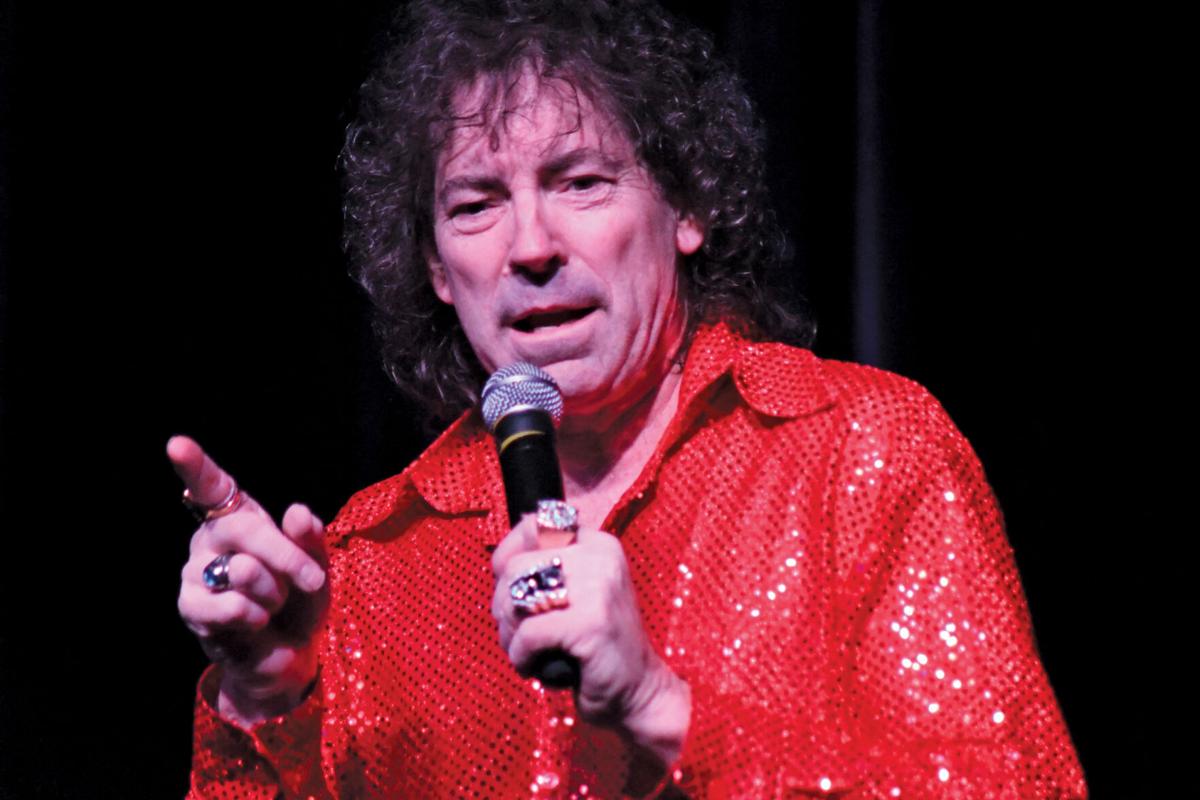 Mark Aldred can now been seen performing every Sunday night at 7 p.m. at the Branson Star Theater. 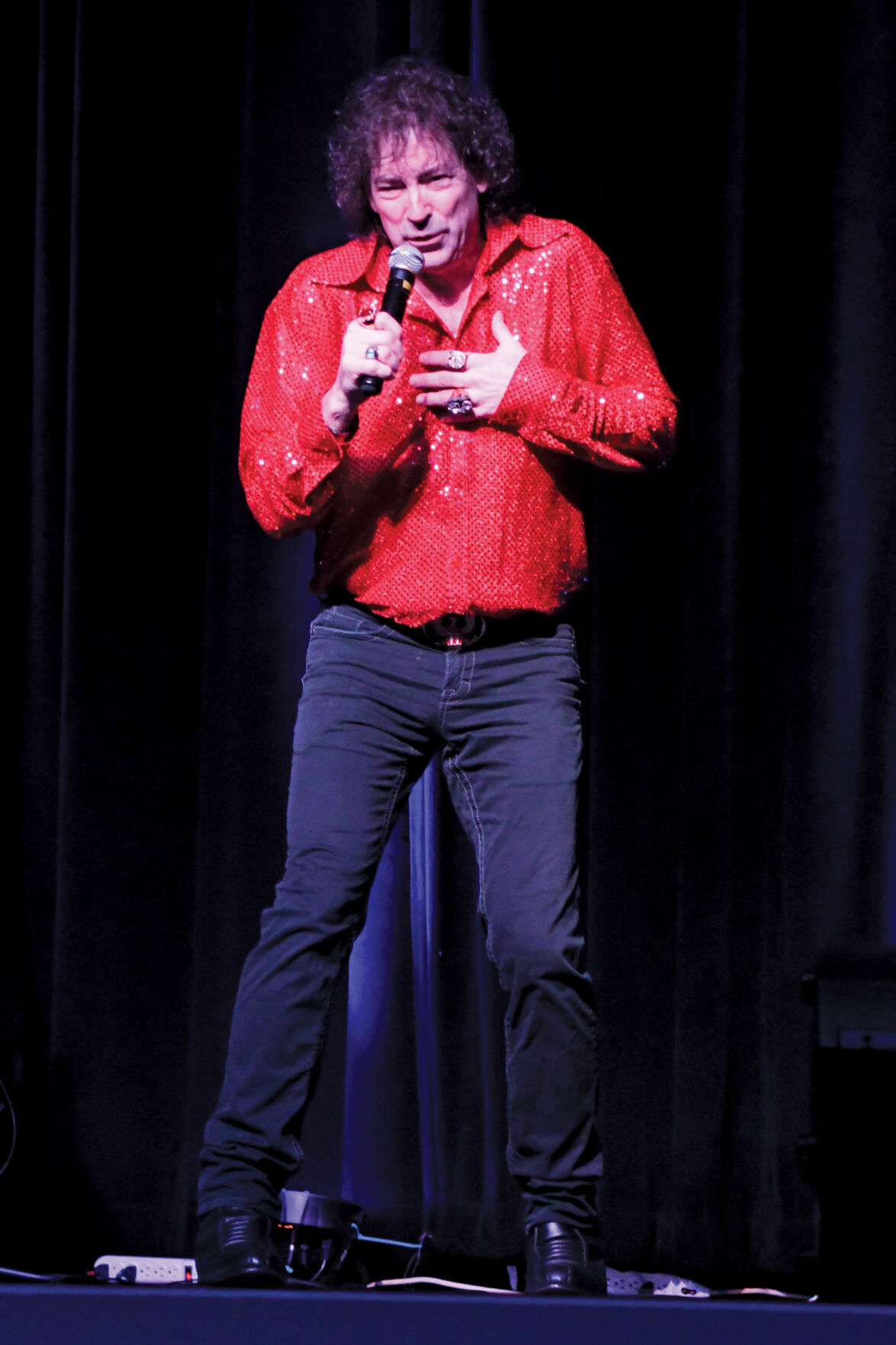 Mark Aldred sings one of the several classic hits he performs during Jukebox Live.

Mark Aldred’s Jukebox Live made its second season debut on Jan. 17 at the Branson Star Theater.

Racheal Johnson of Melbourne, Arkansas made her Branson stage debut during Jukebox Live on Jan. 17.

At the end of the show, Mark Aldred thanks the audience for joining him for an evening of fun.

Mark Aldred can now been seen performing every Sunday night at 7 p.m. at the Branson Star Theater.

Mark Aldred sings one of the several classic hits he performs during Jukebox Live.

With a multitude of songs at the ready, you never know what you’re going to hear at Mark Aldred’s Jukebox Live show at the Branson Star Theater.

On Sunday, Jan. 17, Aldred hosted the opening night for his show as it launched its second season at the Branson Star Theater. Aldred explained at Jukebox Live the audience can expect to hear a variety of songs, from a number of different eras.

“Each show is going to be a little bit different, instead of the same show every week. Because I figured with a jukebox you never know what you’re going to hear. So we’re going to do songs from the 50’s to today from country to rock to oldies. We even do an Elvis set,” said Aldred. “I do requests. So if you want to hear a certain song you can yell it out and if I know it I’ll do it for you. So it’s a lot different than a lot of shows in town.”

Aldred is a lifelong resident of the Branson area. Guests may also recognize Aldred as one of the train robbers at Silver Dollar City, which is a character he’s played for many years.

“I’ve always wanted to rob the train at Silver Dollar City and have my own music show. So I tell people to chase your dreams and don’t let anybody discourage you, because you never know how it’s going to turn out. So I’ve got to fulfill those dreams. I’ve been entertaining since I was 18. I’ve traveled all over the country singing.”

At one point Aldred had his own TV show in Texas for five years and currently hosts his own radio show on KRBC Radio out of Rockaway Beach.

“I’ve won Male Country of the Year in 2017 through an awards show in Texas. So I’ve just had music in my whole life and touring, but now it’s nice to be off the road and do what you love doing,” said Aldred. “I’ve had a lot of experience with music and what I’ve done and the career I’ve had. I’m blessed by it.”

While Jukebox Live features Aldred as the headlining performer, Aldred said he will have a number of special guests joining him on the stage this year. For his 2021 opening show, Aldred welcomed fellow Branson Star Theatre Entertainer Brian J. Clark to the stage, who will be joining Aldred periodically through the season.

“He’s going to be doing his own show starting in March called Out of the Basement, but he’s my sound guy here as well. So I’ll get him up every now and then. But I will have different guests each week or every other week or so,” said Aldred. “I know Barbara Fairchild is coming in, Isaac Kennedy whose album and CD just got released this week. He’ll come in. So I’ll bring in different guests periodically through the year, so be sure to check the website to see who I’m bringing on.”

Aldred also welcomed Racheal Johnson of Melbourne, Arkansas to the show, who made her Branson stage debut on Sunday.

“It was her first time in Branson, first time on a stage and I wanted to give her the opportunity,” Aldred said. “The stage for me is also to help people to get a start and to give them some experience on a stage. So it’s not all about Mark, it’s about helping people and making people happy and giving them a chance.”

Additional guests, Aldred shared that will be joining him on stage in 2021 include Adam Webster, Kari Garrison, Adam Napier and Jessica Delarber, with more guests to be announced soon.

When guests come to watch Jukebox Live, Aldred said he hopes audiences will leave the show feeling better than they did when they came in.

“We’ll do songs that may bring back memories. Like I do a lot of 50’s and 60’s, so maybe that’s like your high school days. Like ‘Sixteen Candles’ and ‘Unchained Melody’ and then do some fun songs,” said Aldred. “My goal is hopefully if you’ve got problems in your life, no matter what’s going on, when you come in here maybe there’s a song that means something to you that brings a smile to your heart, a smile to your face and you leave happier than you were when you came in. I want you to have a good time here. That’s what it’s all about.”

While 2020 is behind us, the pandemic is still ongoing. Aldred shared how he and the Branson Star Theatre are navigating the pandemic as they begin to reopen their shows for 2021.