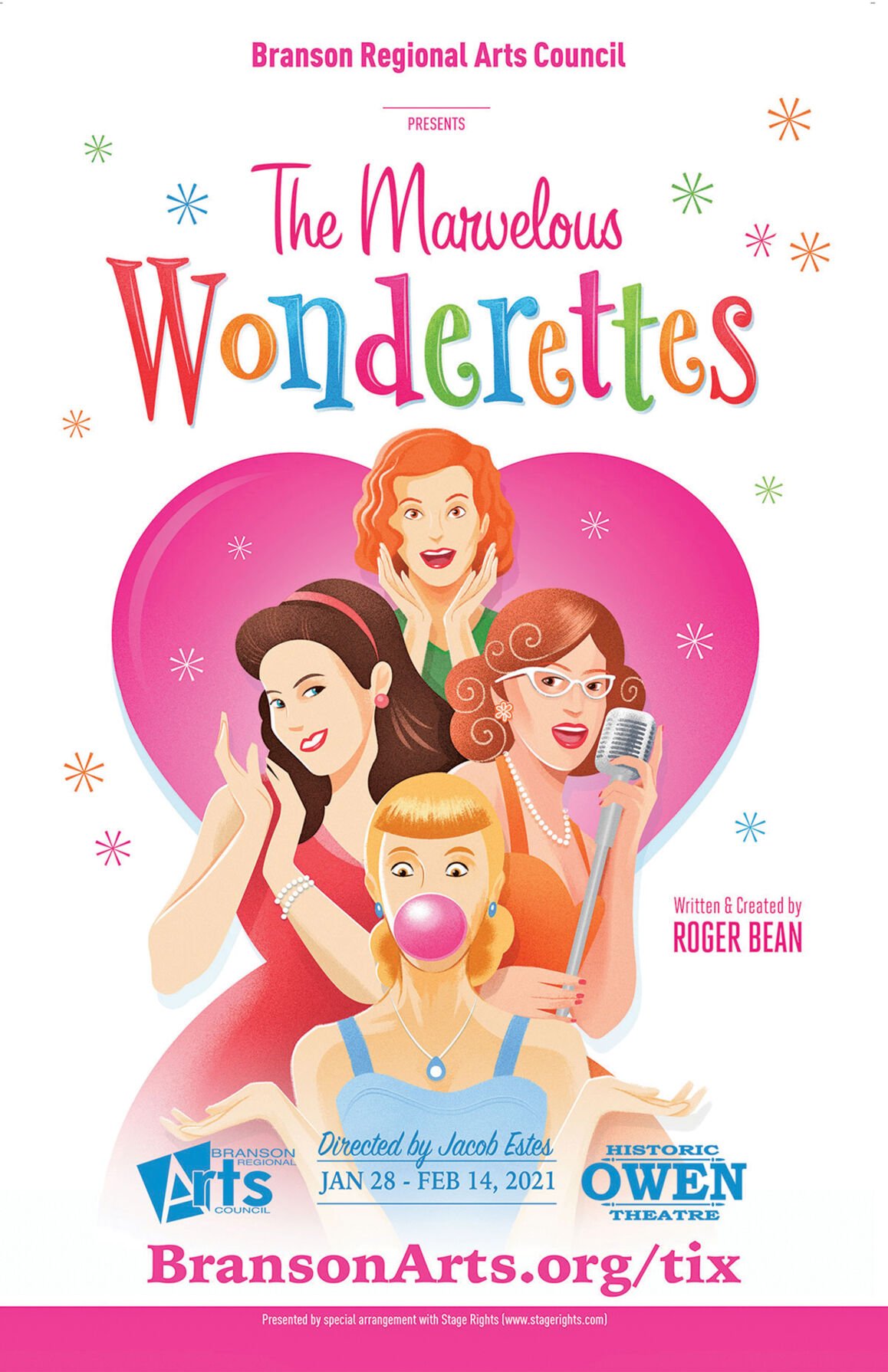 The BRAC production of “The Marvelous Wonderettes” premiered this week at the Historic Owen Theatre.

The BRAC production of “The Marvelous Wonderettes” premiered this week at the Historic Owen Theatre.

“The Marvelous Wonderettes” opened this week at the Historic Owen Theatre.

Presented by the Branson Regional Arts Council, the musical held its first performance on Thursday Jan. 28. A total of 12 performances will be held through Feb. 14. Showtimes for the production will be Thursdays, Fridays and Saturdays at 7 p.m., with a 2 p.m. matinée on Sundays.

“The Marvelous Wonderettes” is a smash off-Broadway hit, written and created by Roger Bean. The musical takes audiences to the 1958 Springfield High School prom to meet Betty Jean, Cindy Lou, Missy and Suzy, who are four girls with hopes and dreams as big as their crinoline skirts, the release stated. While sharing about their lives and loves, the girls serenade the audience with classic 50s hits, including “Lollipop,” “Dream Lover,” “Stupid Cupid” and “Lipstick on Your Collar.”

In act two of the musical, the Wonderettes take the stage to perform at their 10-year class reunion and the audience is introduced to the highs and lows the girls have experienced in the past decade. “The Marvelous Wonderettes” also features more than 30 classic 50s and 60s hits that promises to bring smiles to the crowd as the girls take them on a musical road trip down memory lane.

Due to the pandemic, all seating in the Owen Theatre is socially distanced. Those selecting their seats in advance online are assured by the BRAC that the seats directly in front or behind and on either side of them will be left vacant. The maximum capacity of the theatre has been reduced by approximately 25%, so shows are expected to sell out quickly, so advance reservations are encouraged.

Be sure to check out Wednesday’s edition of the Branson Tri-Lakes Newspaper for an in-depth interview with Musical Director Jacob Estes and photos from the production.