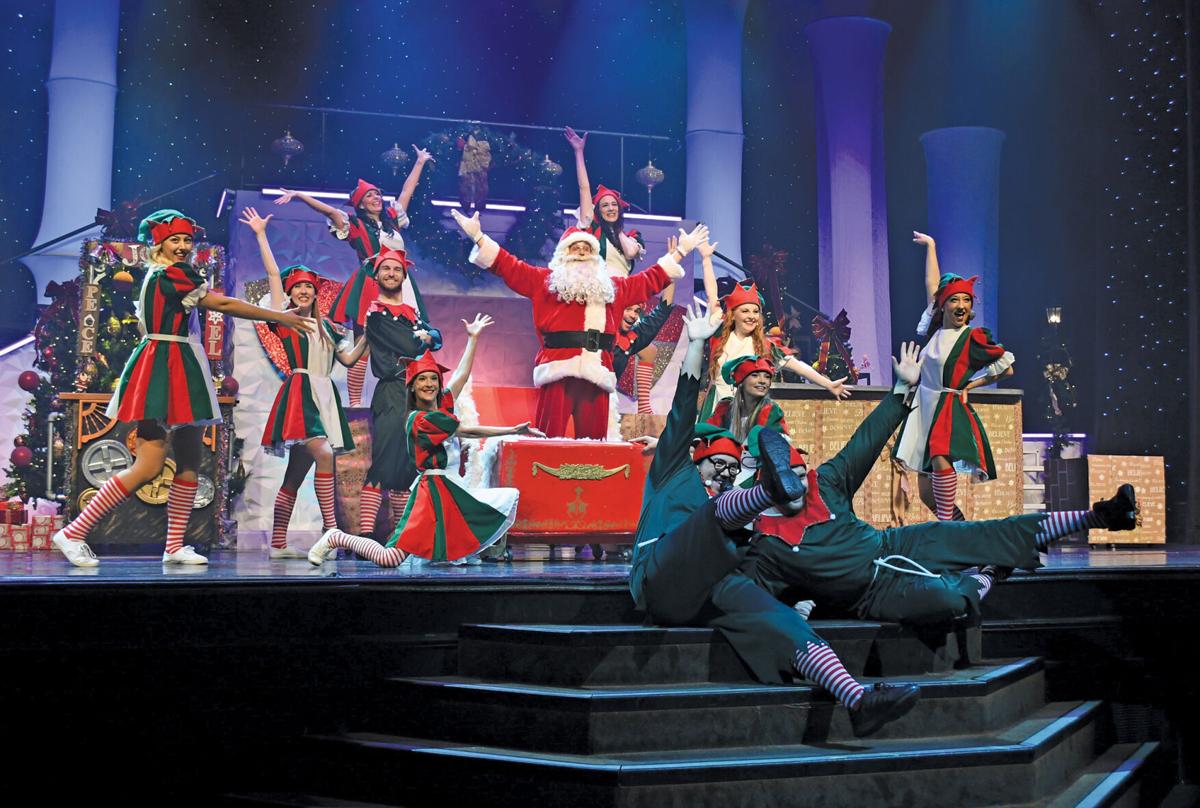 Branson’s Christmas Wonderland features multiple residents of the North Pole including Santa and his elves. 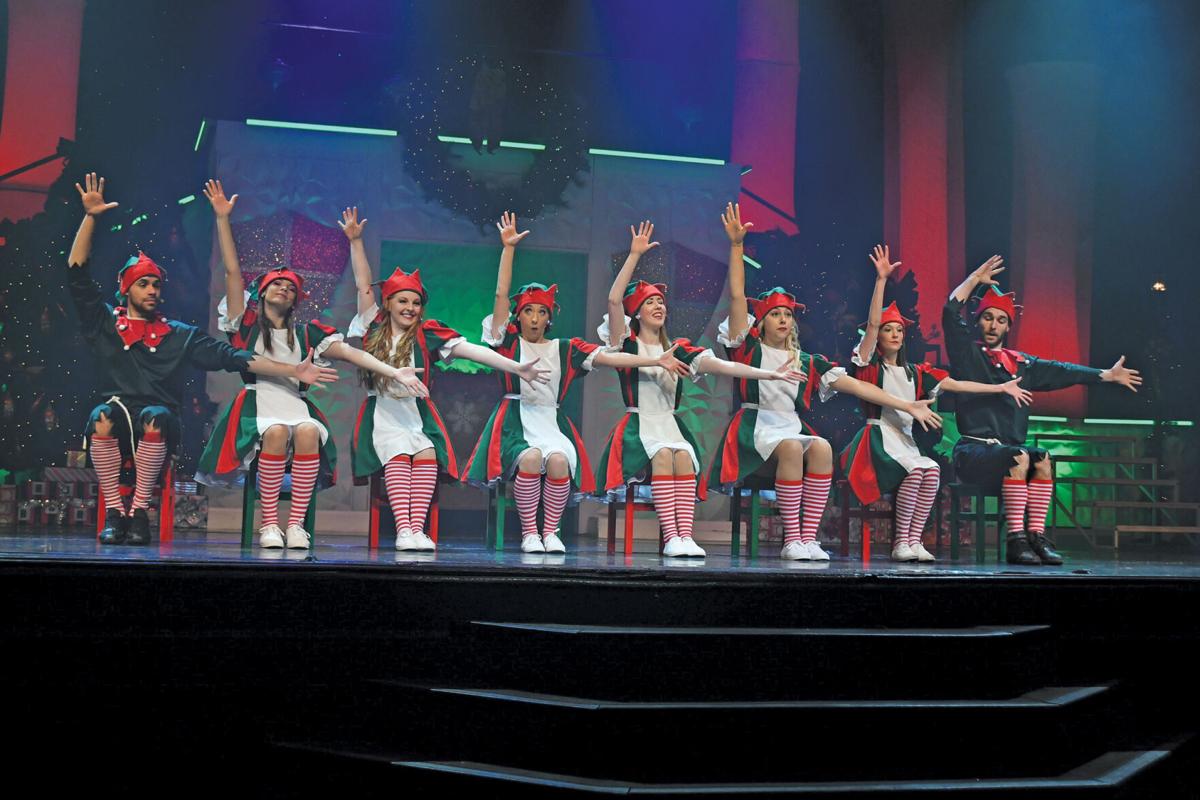 Santa’s elves showcase their rhythmic talents on stage with a full scale performance all while sitting down. 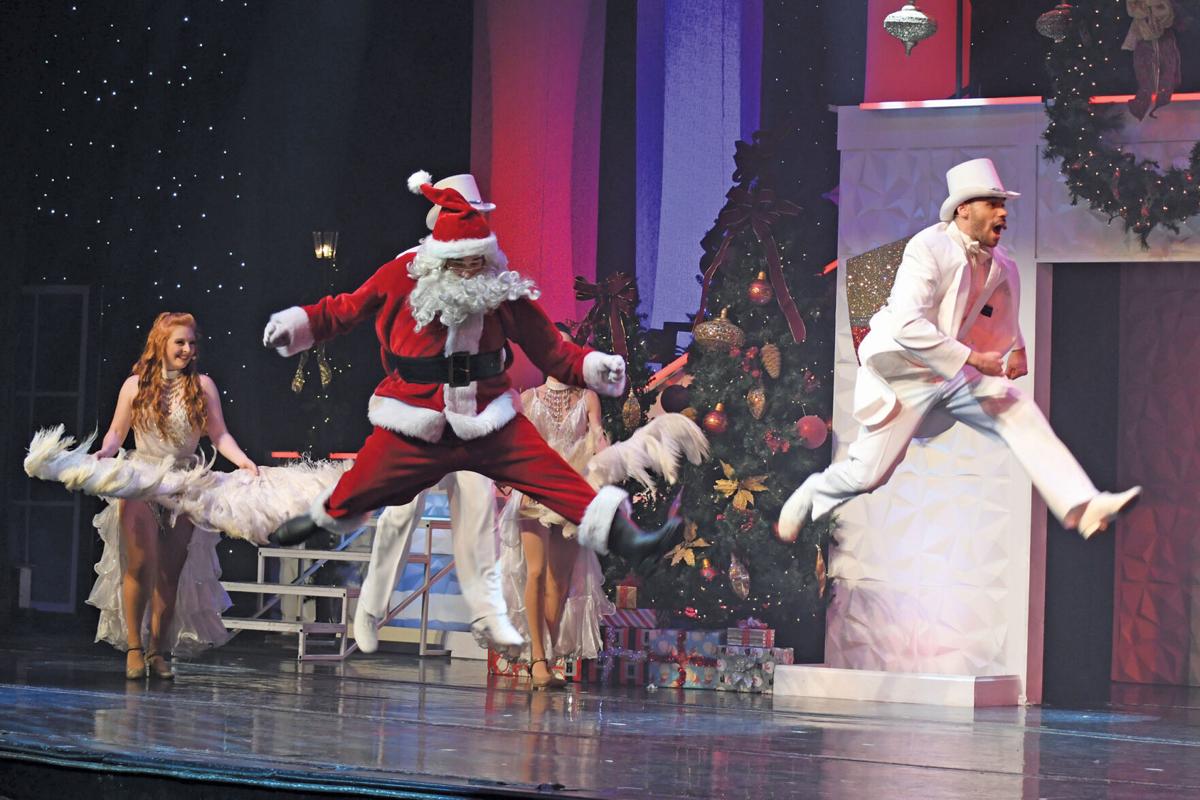 Santa Claus practices his flying skills with Kelvin Wright as they jump for joy during the show. 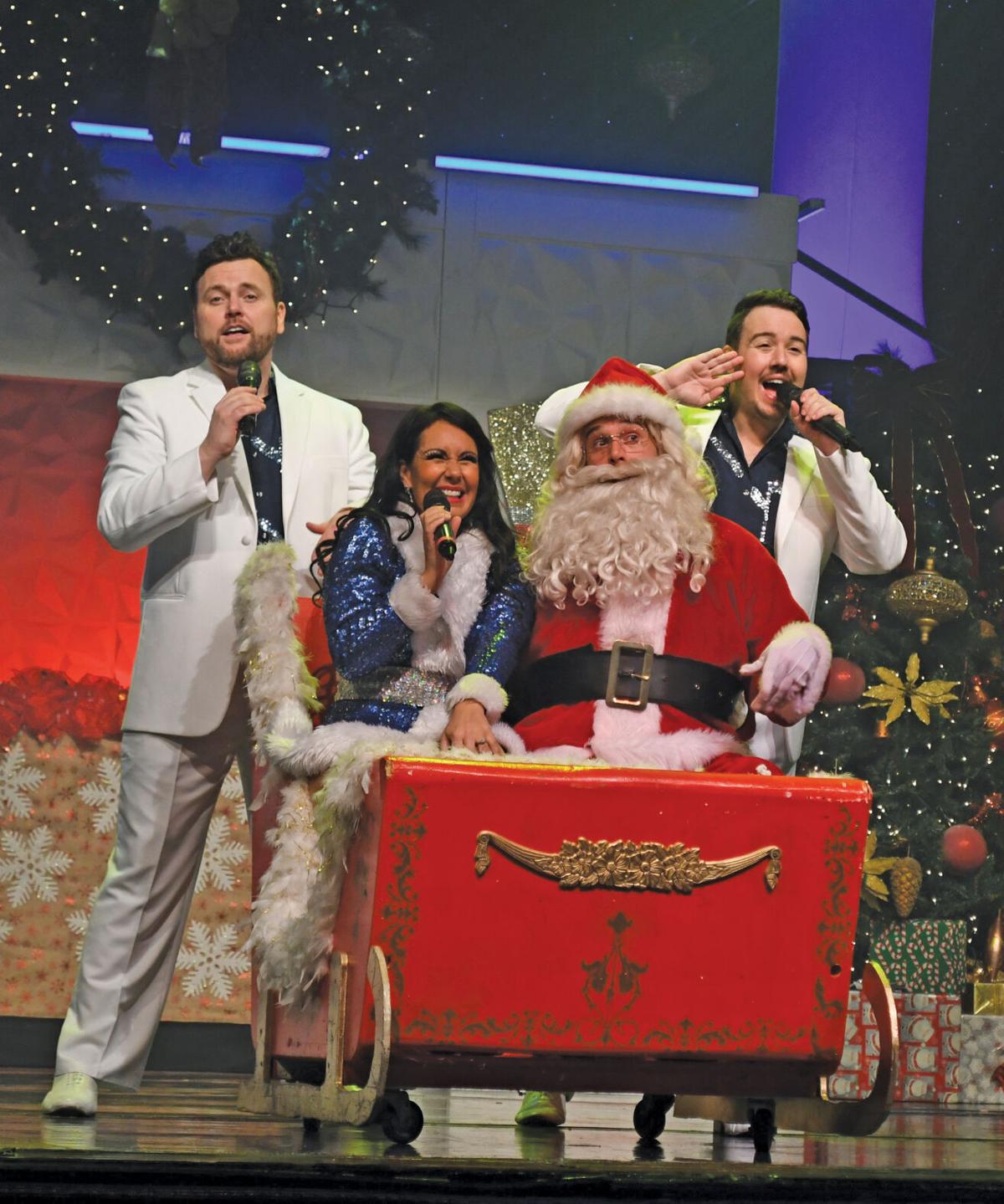 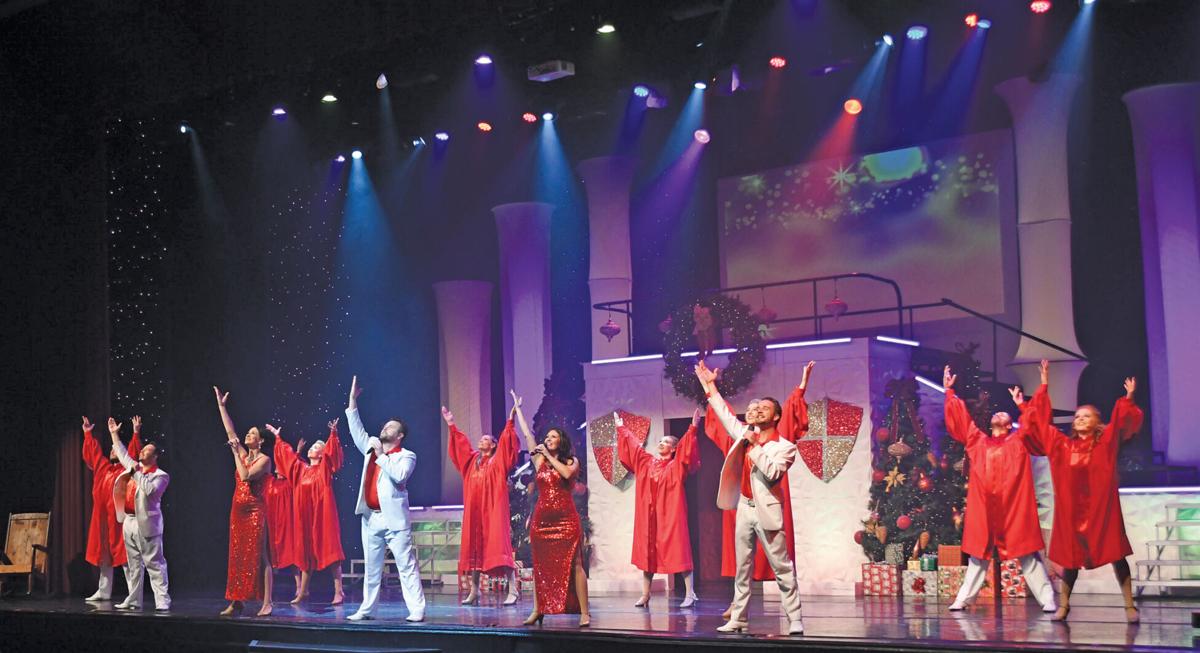 The entire cast of Branson’s Christmas Wonderland comes together to perform some joyful, joyful music. 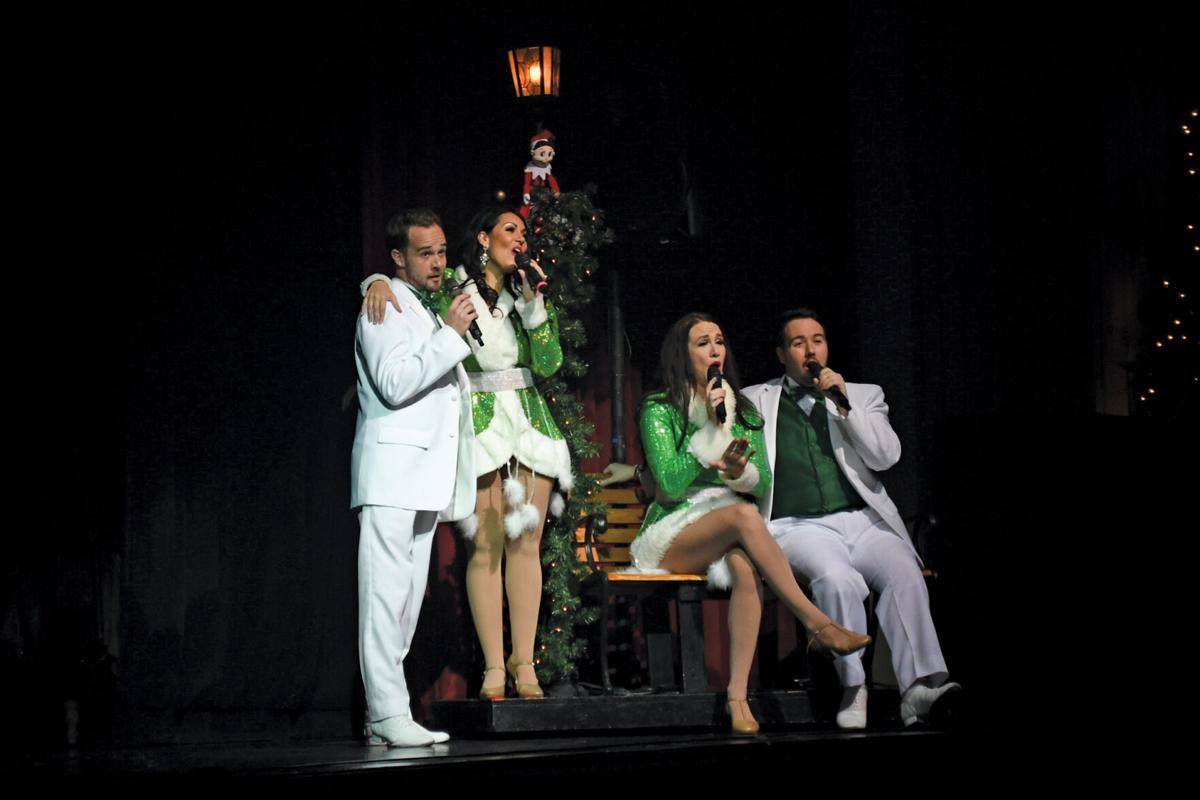 Branson’s Christmas Wonderland features multiple residents of the North Pole including Santa and his elves.

Santa’s elves showcase their rhythmic talents on stage with a full scale performance all while sitting down.

Santa Claus practices his flying skills with Kelvin Wright as they jump for joy during the show.

The entire cast of Branson’s Christmas Wonderland comes together to perform some joyful, joyful music.

Christmas in Branson is in full swing and the folks at the King’s Castle Theatre are raising the holiday spirit bar up another notch as they welcome guests into Branson’s Christmas Wonderland.

While the show itself has been called a number of different things over the last two decades, King’s Castle Theatre General Manager and Branson’s Christmas Wonderland Director Jacqui Bell shared there’s always been one consistency, it remains a traditional Christmas show for families.

“Basically it is two hours of nonstop feel-good Christmas singing and dancing. You’ll see, we’ve pretty much covered every single Christmas song you could ever wish to hear. Some that you may not have heard before. We’ve got a phenomenal cast of singers and dancers, beautiful costumes and sets and a singing and dancing Santa,” said Bell. “Our Santa Claus just isn’t any ol’ Santa Claus. He’s an all-singing and all-dancing and quite the entertaining Santa Claus. We have dancing elves, penguins and tapping tap dancers. I mean everything.”

Bell explained that Branson’s Christmas Wonderland is produced each year specifically just for the holiday season.

“Christmas Wonderland is just pure, nostalgic Christmas fun. We’re getting rave reviews. People are loving it. I think it gets better every year. Every year we add new bits, and it’s pretty happy stuff. There’s not much down time. But I have to say the show, especially this year, is really touching people’s hearts,” said Bell. “The audience members, when I get to see them when they come out, they’re so emotional. Some people are in tears, because they’re just so overwhelmed by what they saw, and it touched their hearts and gave them some hope. That’s what we want to give this time of year, all around good times here this Christmas.”

Bell said, in order to get ready for their annual Christmas show, they begin rehearsals more than a month in advance, which in a busy theatre can be a challenge.

“We can’t close the theatre down four weeks prior to Christmas, because October is still a busy time. So the challenge is finding the time to rehearse in-between doing two or three shows every day on top of that. So we get little hours here and there and whenever we can. We do close down for two days prior, so we do get two full days to rehearse, but that is the great challenge,” Bell said. “We’ve got a very, very talented professional cast, so it’s not too difficult to get the show together.”

Bell said what really helps rehearsals is that many of the Christmas show cast members are also members of the other King’s Castle Theatre productions.

“We have a few new members, because we have more cast in the Christmas show than we do in the other shows. We go all out at Christmas, so we had to hire a few new people,” Bell said. “But the majority of the cast that we have all year and then we flip over into the Christmas one. So we keep everybody on board all year. We don’t want to let them go, they’re too good.”

Despite the challenge of producing a Christmas show, Bell said it’s something the cast and crew look forward to doing every year.

“For eight months, we do that same show, so it’s fun to get your feet into something new. Christmas season is only eight weeks. People always say it’s so early when people start doing Christmas shows on Nov. 1, but it’s only eight weeks worth of Christmas time. So we’re happy to get it, and audiences are loving it. We really enjoy Christmas,” said Bell. “Luckily we don’t have any Bah-Humbugs or Grinches in this company. That’s not allowed. Everyone’s quite happy to start singing Jingle Bells on Nov. 1, so that’s good. That’s a good thing and clearly the public is ready for it, too, because they’re coming.”

As the world entered into the holiday season and the pandemic has yet to show any signs of wrapping up, Bell said they are extremely grateful to still have the opportunity to present a Christmas show.

“I feel like this year the performers and everyone that works at the theatre, I feel like people are very thankful that we’re still getting to do this whole thing. We’re a tiny, tiny minority of the world right now that’s able to do this. People aren’t taking it for granted. People are appreciating it. It’s an awesome thing to be able to do,” Bell said. “We know we’re lucky. We know we’re blessed, and we’re not taking it for granted. Just living every day, because you never know when it’s going to stop. Who knows what’s going to happen. We’re just taking every day as it comes and making the most of it and trying to spread some Christmas cheer.”

“We’re loving it. The audiences are also loving it,” said Bell. “So that’s good for us. When we see people happy and cheering and crying and all the feels. It’s a good day for us. It means we’re doing something right.”