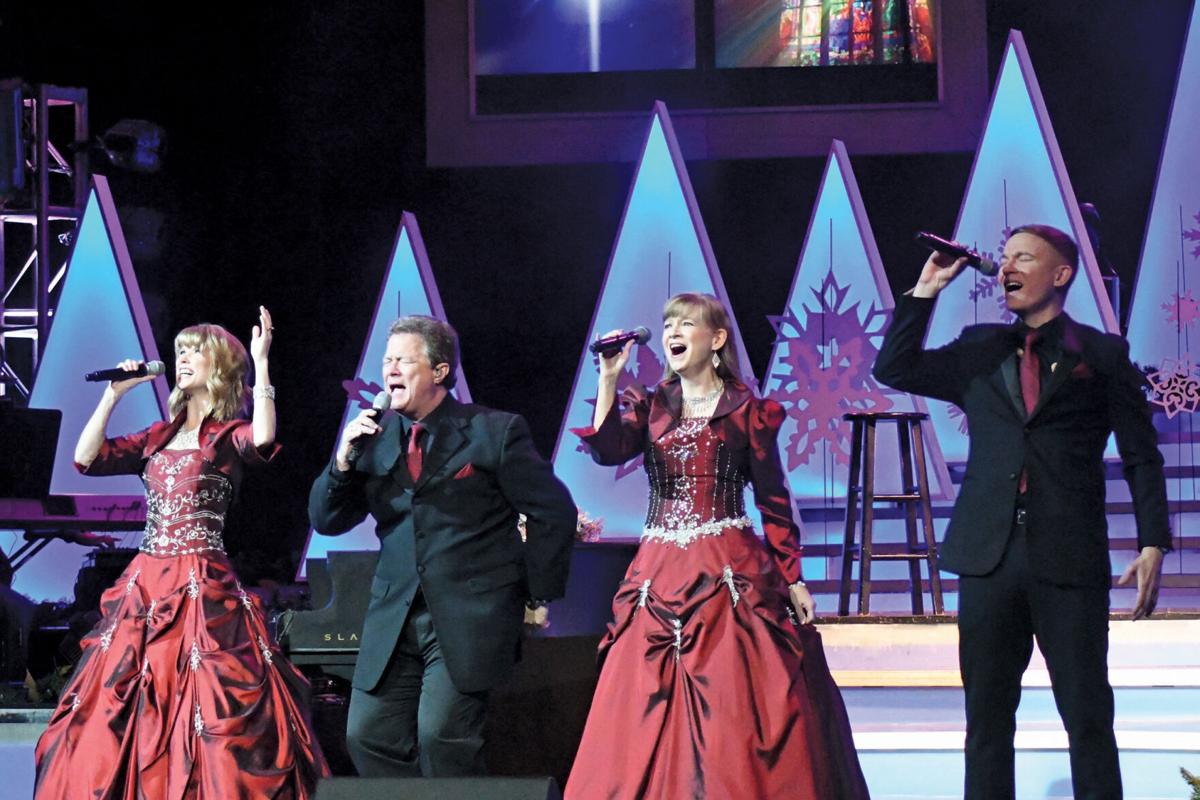 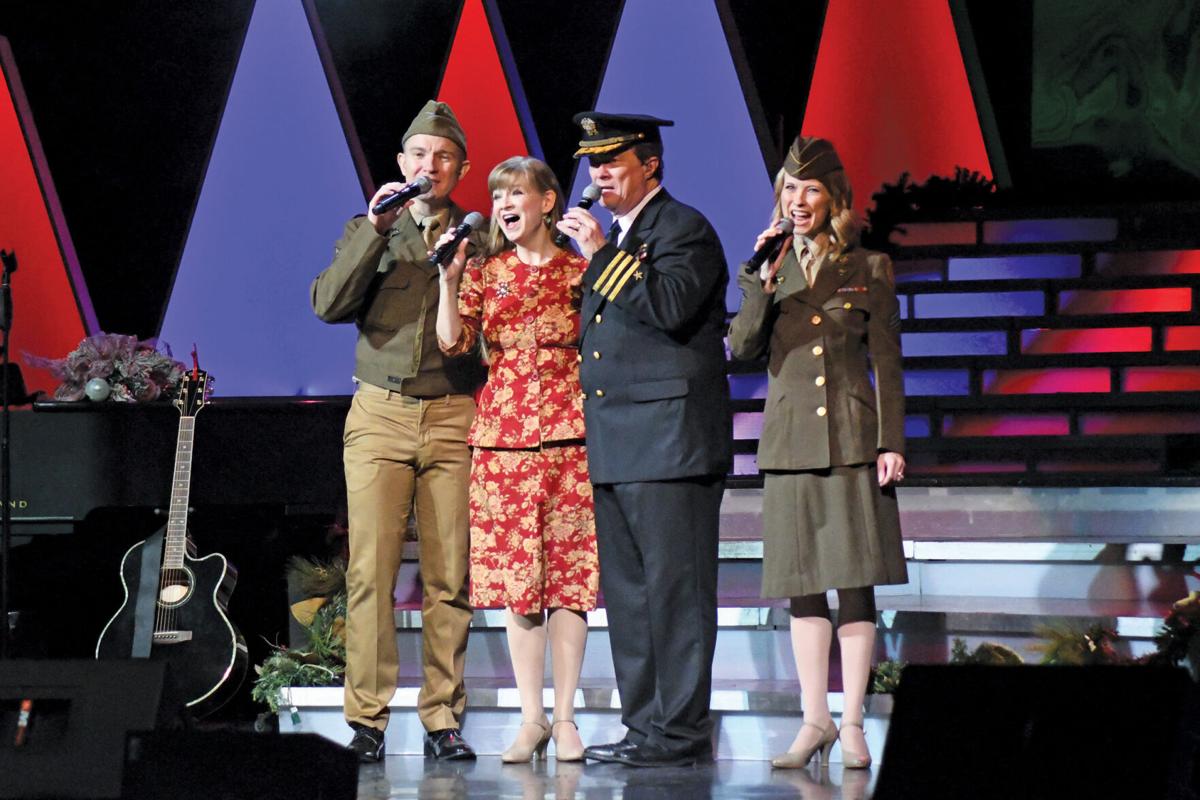 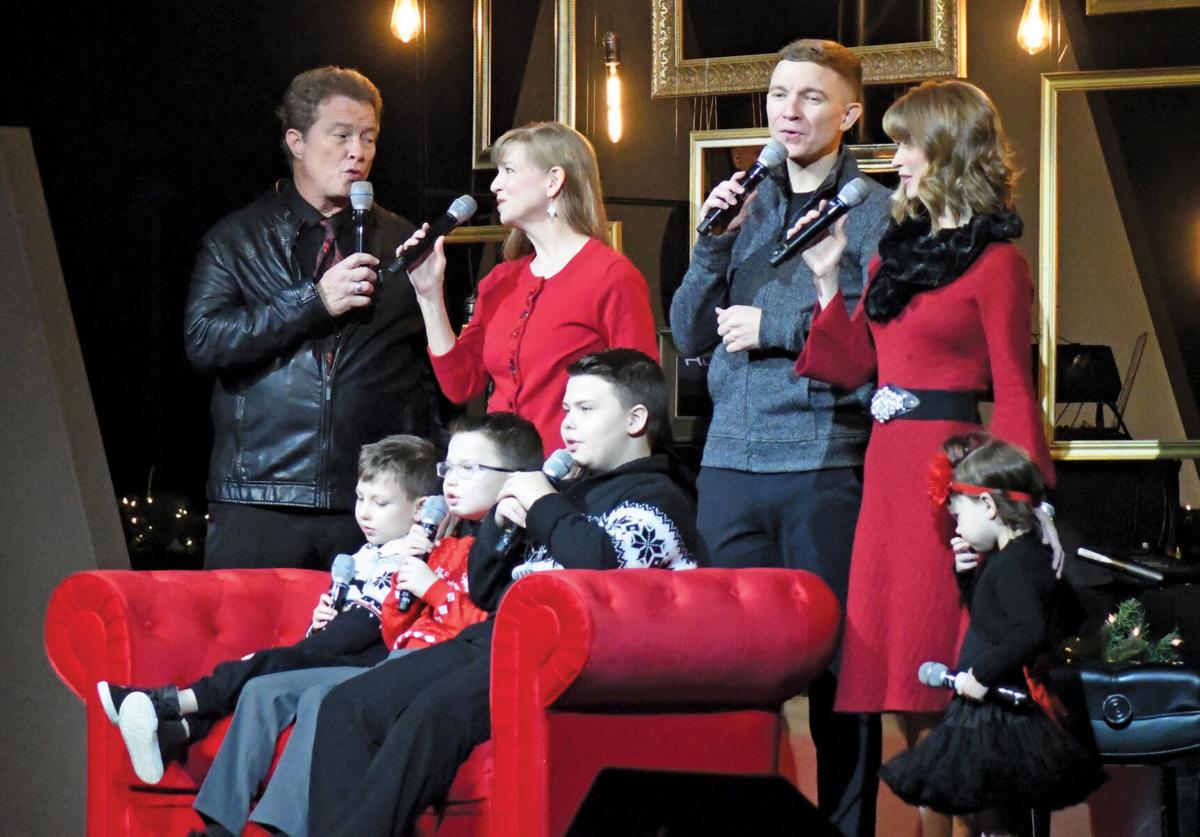 For a special segment in the show, Briahna’s four children join their mother, uncle and grandparents on stage. 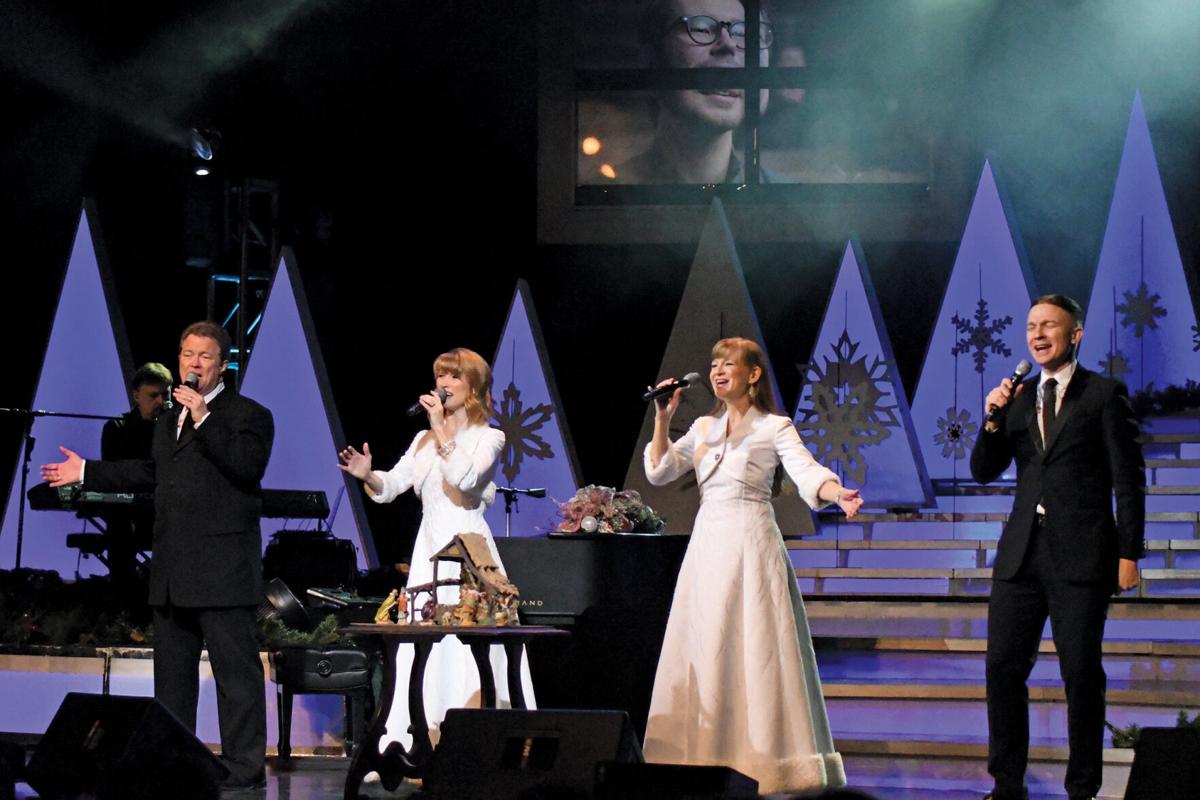 The Bretts perform songs to honor the reason for the season. 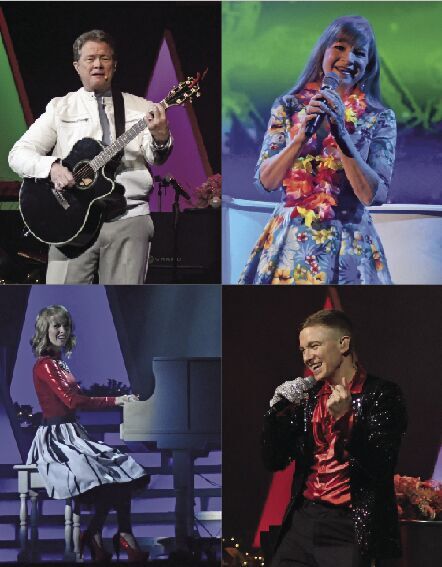 For a special segment in the show, Briahna’s four children join their mother, uncle and grandparents on stage.

The Bretts perform songs to honor the reason for the season.

After a year hiatus, A Brett Family Christmas has returned to the stage of Dick Clark’s American Bandstand Theater for a new season of performances.

Featuring world-class singing, dancing and comedy, The Bretts, Tom, Andrea, Briahna and Brydon, are offering audiences of their 10 a.m. show a production instilled with 100% Christmas.

In 2018, The Bretts made the decision to step back from doing regular Branson season shows and place all of their focus into their annual Christmas production. When that decision was made, Brydon Brett said the goal was to then match the energy and production value of a regular season show for their Christmas show.

“There are only so many Christmas songs and how do you reimagine them to make them engaging and not just do the traditional arranging. I think it’s the arrangements and the flow. It’s the production value,” Brett said. “It’s pretty fast paced and then the veteran tribute is special and the way we end the show with the sacred set is really special, especially our rendition of ‘Hallelujah’ that my mom wrote. As far as what to expect with the show, you’re going to get 100% Christmas, high production value, high energy and a really fantastic veteran tribute that is pretty much second to none in Branson.”

As their Christmas show is their only production, Brett said they have really sunk all of their efforts into it, which he also believes makes them unique from other Christmas productions.

“This is our primary thing, so you’re going to get 100% Christmas, with a lot of care and attention to detail. I think that’s what really makes it stand out for me. The video production is really great, the media is really good and the lighting of the stage is pretty beautiful. There’s a lot of good stuff going on there. I think it’s the fact that we’re probably one of only two or three shows that only does 100% Christmas.”

Before the end of the first half of the show, the audience is transported to the World War II era, as the family presents their veterans tribute by way of a patriotic mini-play titled “I’ll Be Home For Christmas.”

“It’s World War II themed, but I think it relates to anyone who’s served in any campaign or any generation. The whole thing, starting with my mom’s poem, is a good 15 to 20 minutes where you get this arch of what it might have felt like to be a family during that era. Through that lens, people are able to experience their own veteran story,” Brett said. “I think that’s one thing we’ve always tried to do, is not just honor the veterans, but also the veterans families, the widows and widowers of veterans, family members of anyone who’s served whether they’re in active service today or otherwise, because they sacrifice as well.”

When The Bretts welcome folks back into the theatre from intermission, they immediately ramp up the energy with a caroling medley.

“I’ve never been a big caroller, but we said, ‘Hey, let’s do this caroling medley’ and it ended up being really fun. The audience sings along with all these classic carols that we’ve arranged. I enjoy that,” Brett said. “We try to hit some good energy and fun in the front end because we’re going to end the song with this sacred, epic set that’s a little more serious. The front end is fun. I enjoy the caroling melody.”

While not on stage, the family also welcomes son, Garon, via video to sing his song “Cocoa,” which Brett considers a highlight of the second half of the show.

“‘Cocoa” is sort of a tearjerker. It’s really cool,” Brett said. “It’s not as fun and upbeat, but it’s a really cool moment. I really enjoy that.”

In many shows in Branson, you’ll see a high level of respect to veterans usually shown through a musical tribute at the very end of the show. At A Brett Family Christmas, Brett said they chose to end the first half of their show with the veterans tribute, so they could then end the show with a tribute to the reason for the season.

“We intentionally said, ‘You know we’re going to give a huge portion of time and genuine attention to our veterans at the end of the first half,’ because we used to end the show with the veterans, but we swapped. We said, ‘We’re going to end with a focus on Jesus and the centrality for this season.’ Everyday it’s such a cool experience to have that spirit of reverence and worship. I think if people want to experience something really genuine from the heart, as far as a reverent and reflective experience that is really pretty epic, I think they’ll want to experience this as well.”

Due to the pandemic last winter, The Bretts made the nearly impossible decision to cancel their 2020 show. Brett said it’s exciting to once again feel that adrenaline rush when he steps onto stage to perform this year.

“We’ve done so many shows that sometimes it can get a little old hat and you don’t always experience an energy rush when the curtain opens; honestly because you just did it yesterday. It’s always a new audience and it’s fun, but opening day…I felt legitimate adrenaline and I felt it coming back from the audience. It’s like we’ve been cooped up for so long and they’re so excited to be out, so excited to be experiencing this with us, there’s a genuine energy. It was really nice. I wasn’t expecting it and it really boosted my energy level and I gave a better performance because of it.”

Showtimes for A Brett Family Christmas are at 10 a.m. Mondays through Saturdays, now through Saturday, Dec. 11. There are no shows on Sunday and they will be off on Thanksgiving Day. Dick Clark’s American Bandstand Theater is located at 1600 W. Highway 76 Country Boulevard in Branson.

A Brett Family Christmas is also offering area appreciation from Nov. 22 to Nov. 27. Residents of Stone, Taney, Christian, Douglas, Ozark, Greene, Carroll, Boone and Marion counties can get tickets for $10 per person. To receive the $10 ticket rate, guests must present a valid drivers license.

For additional information or to reserve tickets online visit thebrettshow.com.