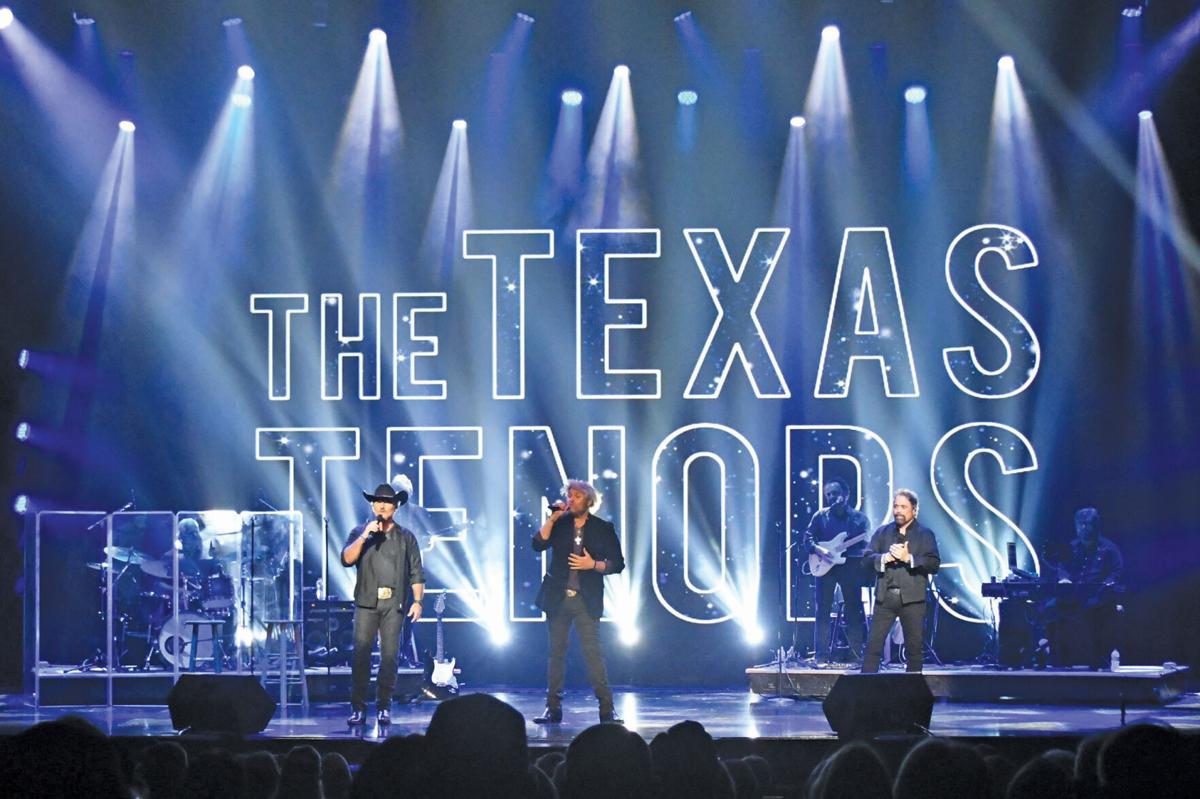 The Texas Tenors, JC Fisher, Marcus Collins and John Hagen, are back in Branson from Sept. 21 to Sept. 24 for performances at The Mickey Gilley Grand Shanghai Theatre. 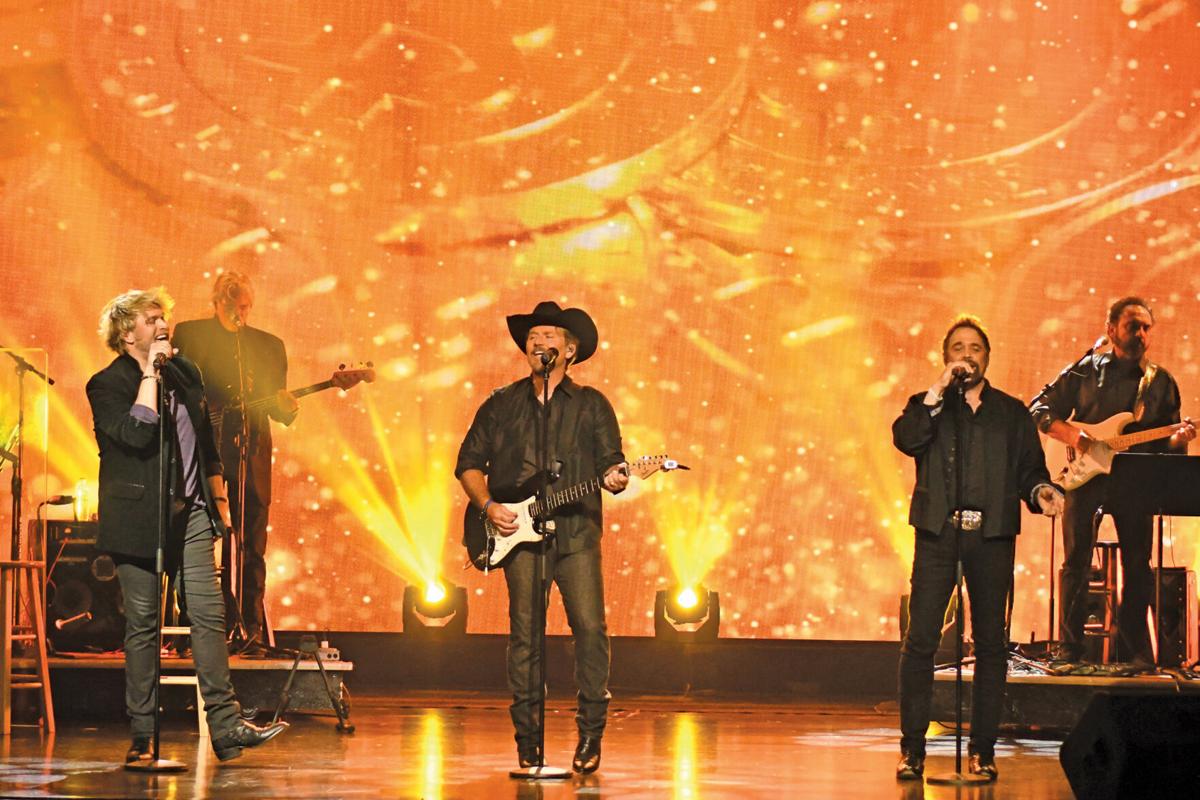 The Texas Tenors found a new home at the Mickey Gilley Grand Shanghai Theatre in 2021. 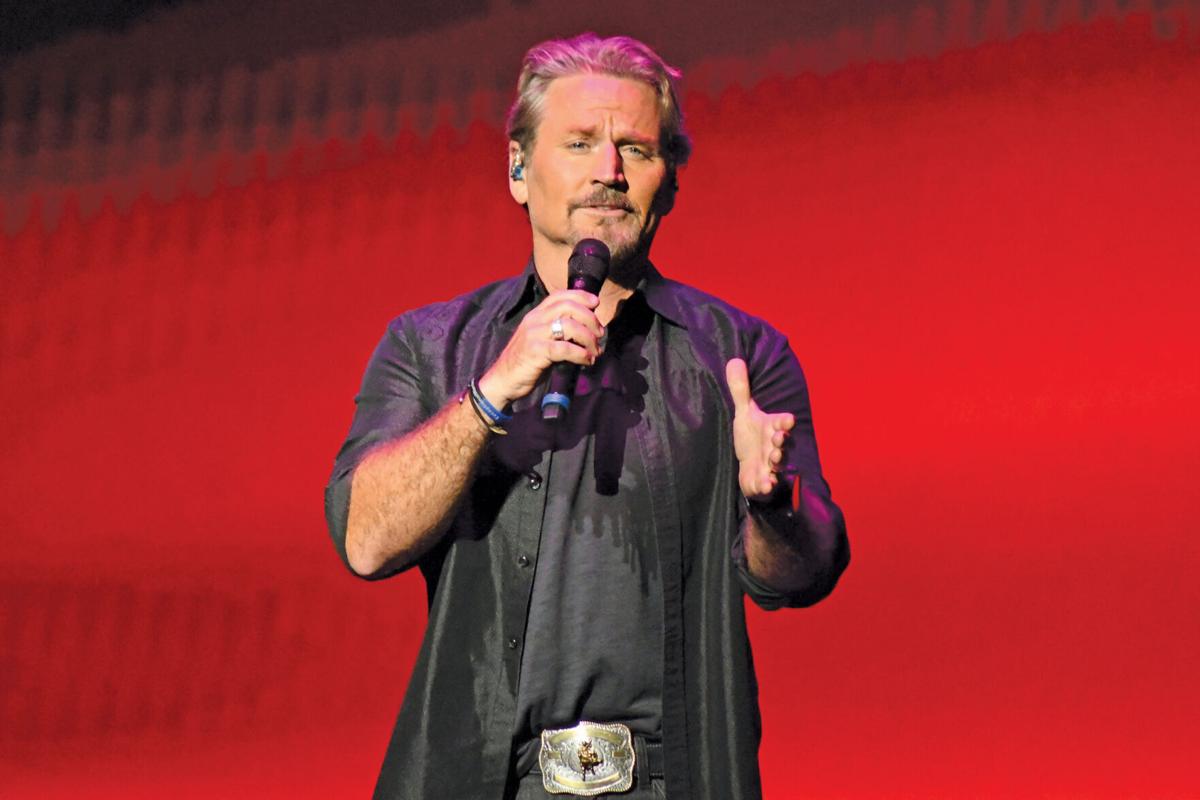 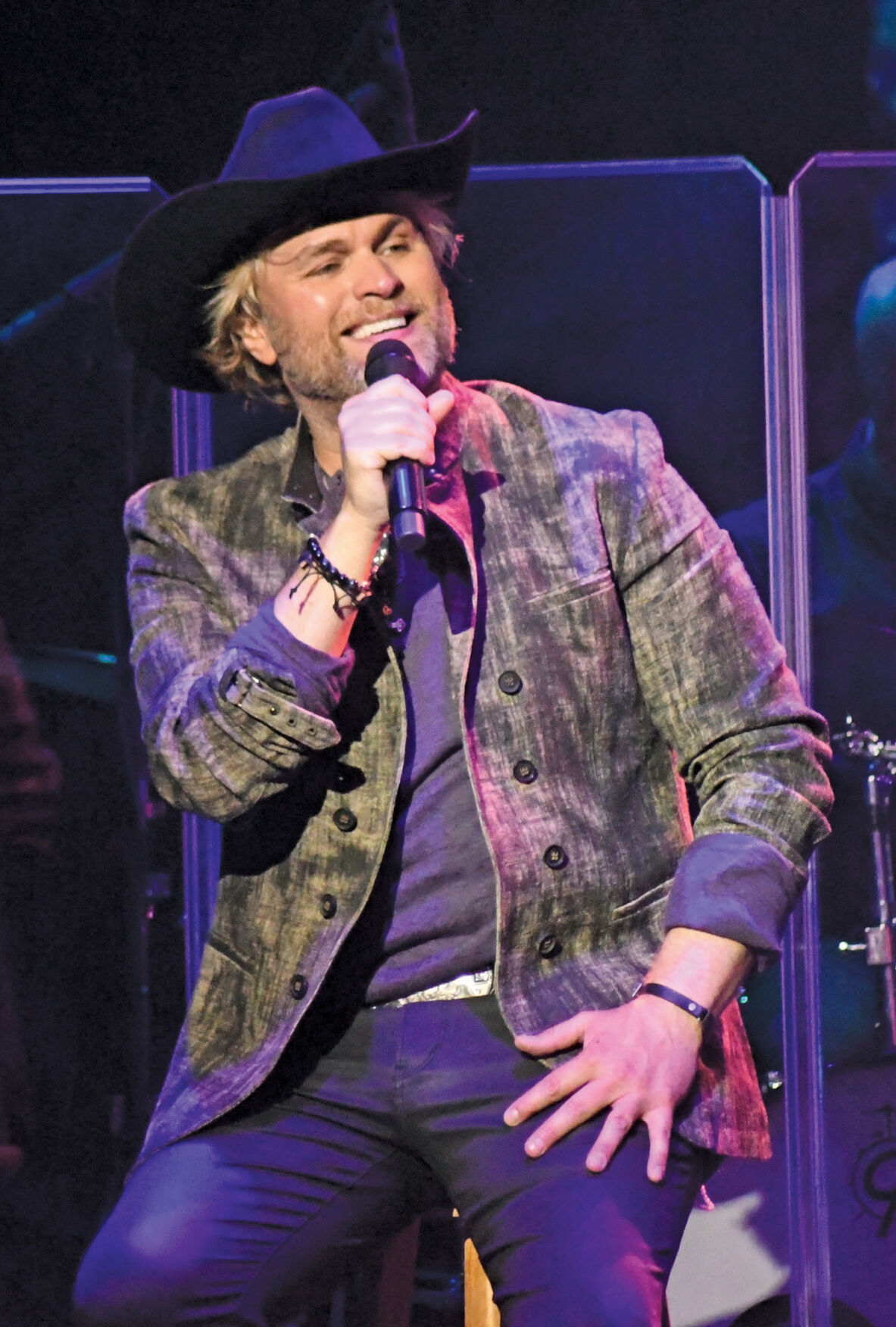 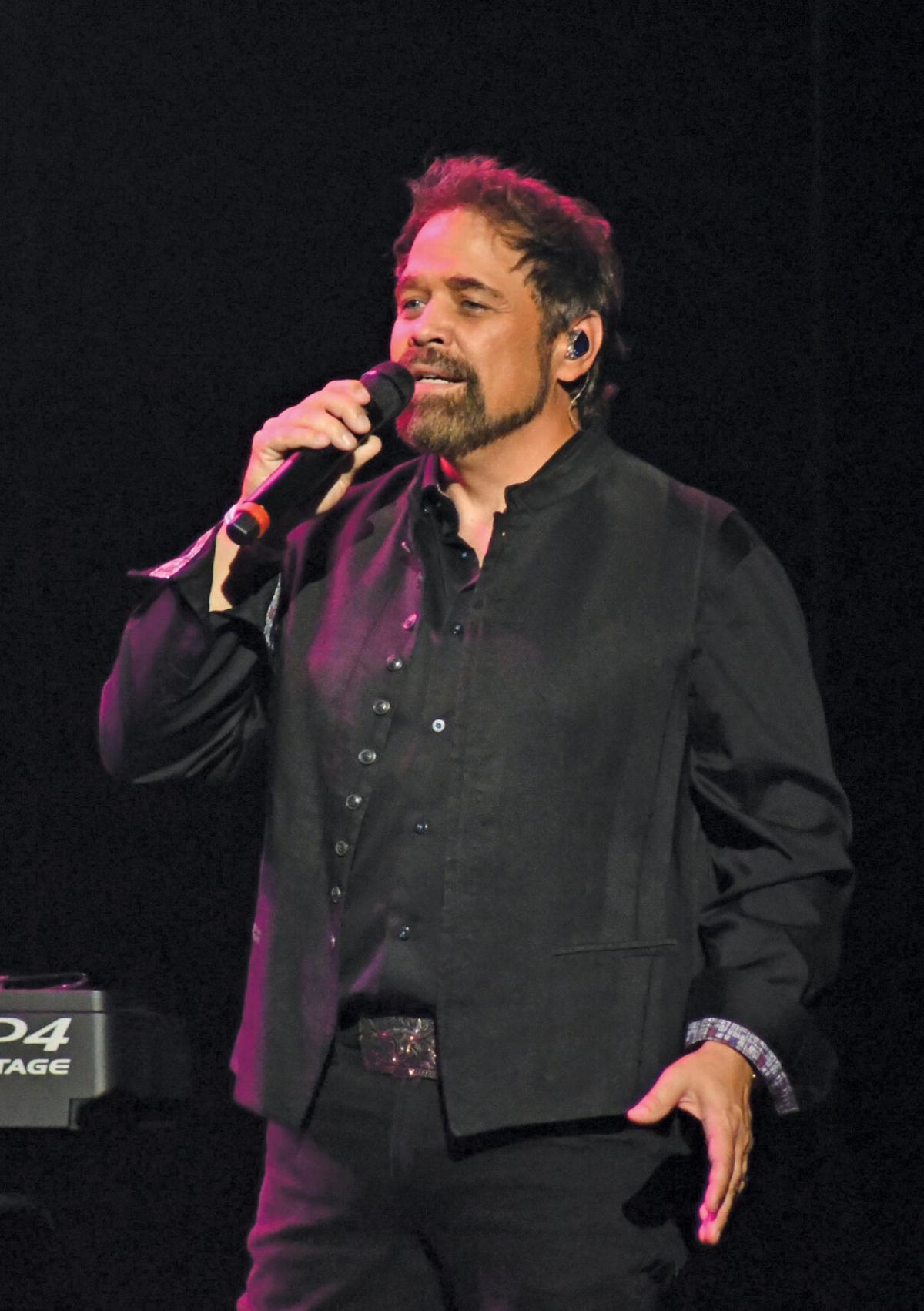 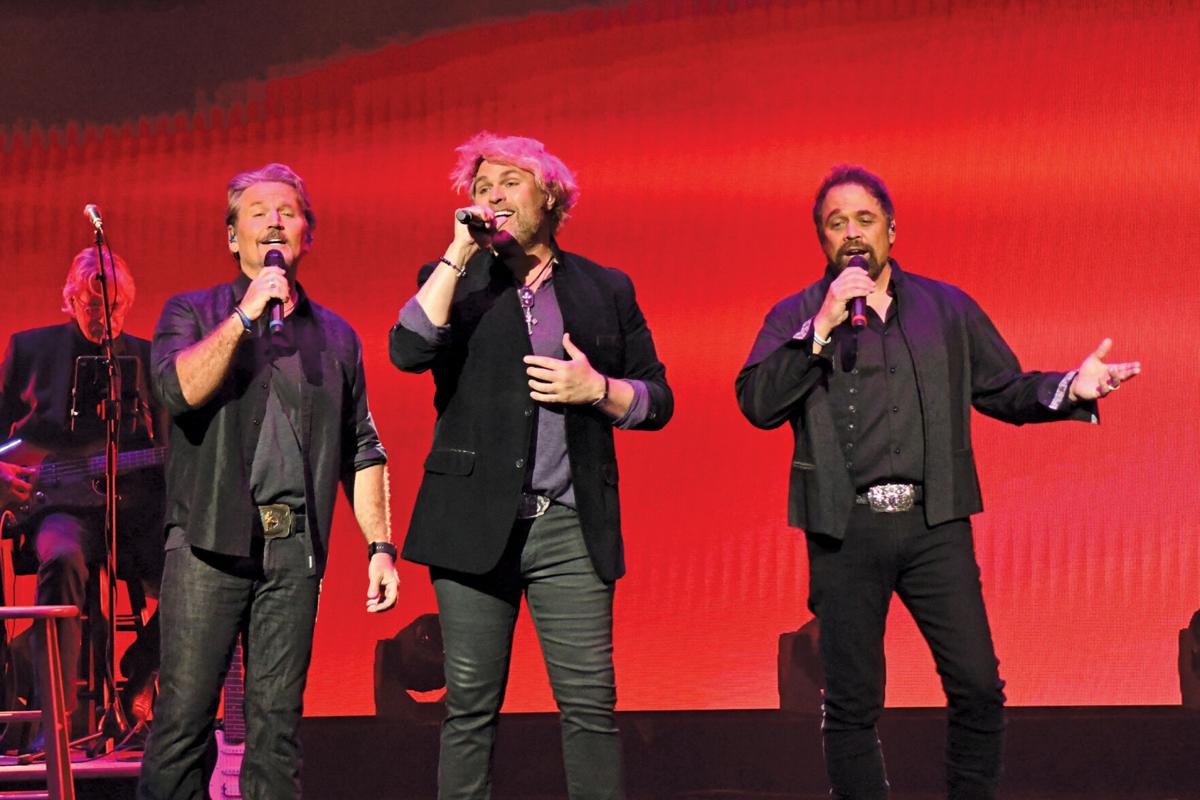 The Texas Tenors, JC Fisher, Marcus Collins and John Hagen, are back in Branson from Sept. 21 to Sept. 24 for performances at The Mickey Gilley Grand Shanghai Theatre.

The Texas Tenors found a new home at the Mickey Gilley Grand Shanghai Theatre in 2021.

The Texas Tenors are returning to their newest Branson theater home this upcoming week for four performances.

The Texas Tenors feature the combined talents of John Hagen, Marcus Collins and JC Fisher. After several years at the Andy Williams Performing Arts Center and Theatre, the trio made the move to the Mickey Gilley Grand Shanghai Theatre at the beginning of the 2021 season.

When the Andy Williams PAC began going through some changes last season, Hagen, aka ‘The Tenor,’ said they thought it was a good time to make a move.

“We had the opportunity to come over here and we’re very excited about that, because we like the things that are going on here,” Hagen said. “The Andy Williams Performing Arts Center was kind of hanging in the balance. They really didn’t know what was going to happen. It’s been up for sale. It made sense of us to go another direction…We’re very happy here and I think this is a place we can grow.”

When they began looking for a new home base for their production, Hagen said leaving Branson was never in the cards.

“We’ve been coming to Branson since 2010 performing, so Branson’s always been a part of the puzzle. Branson is a great place. It’s nice to be able to sit down in the same theatre for multiple days and work through a show,” Hagen said. “The audiences, the people that come to Branson, it’s just a wonderful synthesis that happens. We enjoy that and we’re going to make it a bigger part of the puzzle again next season. I think this year we’re doing 28 or 30 shows, but I think next season we’re back to doing 50 to 55 shows.”

When folks come to check-out the show, audiences will be treated to a mixture of both new music and classic favorites, according to Collins, aka ‘The Contemporary Tenor.’

“(We perform) John’s arrangements of songs from America’s Got Talent and songs from our first few albums,” Collins said. “We have songs from our new record, Outside the Lines and includes ‘The Show Must Go On.’ We also have covers of ‘Sweet Child of Mine,’ ‘Dream On,’ some ‘80s rock, but also some originals and songs like the Kenny Rogers ‘Lady,’ that’s new. The new original ‘Texas Sky,’ which was written by John and Larry (Hanson) in our band.”

Collins said while they’re in Branson they like to keep the production fresh for returning audiences, which is why each show features new material.

“We have new songs. We switch songs in and out everyday. Yesterday we did ‘Beyond the Borderline,’ an Alabama cover, which Larry (Hanson) co-wrote with them,” Collins said. “Today we did ‘The Show Must Go On’ and tomorrow we’ll do our ‘Les Miserables’ melody, which is a 12 minute tribute to ‘Les Mis’ instead of Phantom of the Opera and ‘Somewhere.’”

At a point during the show, The Texas Tenors turn the show over to their band, composed of Larry Hanson on bass, Mitch Kerisey on guitar, Josh Hanlon on keyboard and Peter Generous on drums, and allow them to showcase their instrumental and vocal talents.

“They’re all really seasoned musicians. We always try to make sure we alway have a real top notch band,” said Hagen. “These guys have all been music directors of bands themselves and they’re really great musicians. They deserve that. We respect them and they deserve that kind of respect.”

For folks who have never witnessed a performance of The Texas Tenors, Hagen said he wants people to know they’ve created the show to be accessible to new viewers.

“It’s such a variety of things and music, and all these different genres of music. We’ve kind of always lived by the creed that all genres are good, it’s just finding good music with any genre of music and we try to do that. We love doing things, like taking some of these ‘80s rock tunes that we’ve done on the newest album and twisting them around a bit and making it ours,” Hagen said. “I think, the thing we’ve heard year after year is there’s something for everybody and maybe people who are diehard country fans appreciate the other things we do and make it accessible. Then the people who are diehard say classic fans or pop appreciate that.”

As all three of the entertainers have backgrounds in different areas, Hagen said they sometimes take the audience by surprise when they jump from a country genre of music to Broadway.

“We’ve all been classically trained, but Marcus was really into pop and Broadway type stuff and JC’s done country and my background is really steeped in the classical,” Hagen said. “I’d done everything too, but not to the extent these guys had. We really each had our own thing, but we all love everything, so we thought, ‘Let’s take these three different voices and put them together.’”

Collins added their unique combination of voices can be traced back to their upbringing.

“We’re all from small towns, farming communities and wearing cowboy hats and belt buckles is natural for us. With the classical training it just kind of makes sense,” Collins said. “We’re from the country. This is who we are. (Our first album) Country Roots, Classical Sound. That’s just who we are. I think also, when people come to the show, they get to know us a little bit.”

The Texas Tenors newest record, Outside the Lines, came to be as a result of the pandemic. When things began shutting down and shows were being postponed or canceled, Collins said they realized it would be a good time to make something happen for themselves.

“We thought we better get busy ourselves and record a new record. We found a studio in Kansas City that we had worked at before with John and JC recording there and then I recorded in Waxahachie. I found a husband and wife team that works at a church and they have a studio in their house,” Collins said. “It debuted at No.1 on the classical crossover charts on the billboard. There’s a duet with Kechi (Okwuchi) on there from ‘America’s Got Talent.’ John recorded a solo classical record called My Passion and I recorded a solo record called Brand New Life. So we stayed busy during COVID.”

After the October performance, The Texas Tenors will return to Branson on Nov. 3 to kick-off the Christmas season at the theatre.

The Mickey Gilley Grand Shanghai Theatre is located at 3455 W. 76 Country Blvd. in Branson. For additional information or tickets visit grandshanghaitheatre.com or thetexastenors.com.