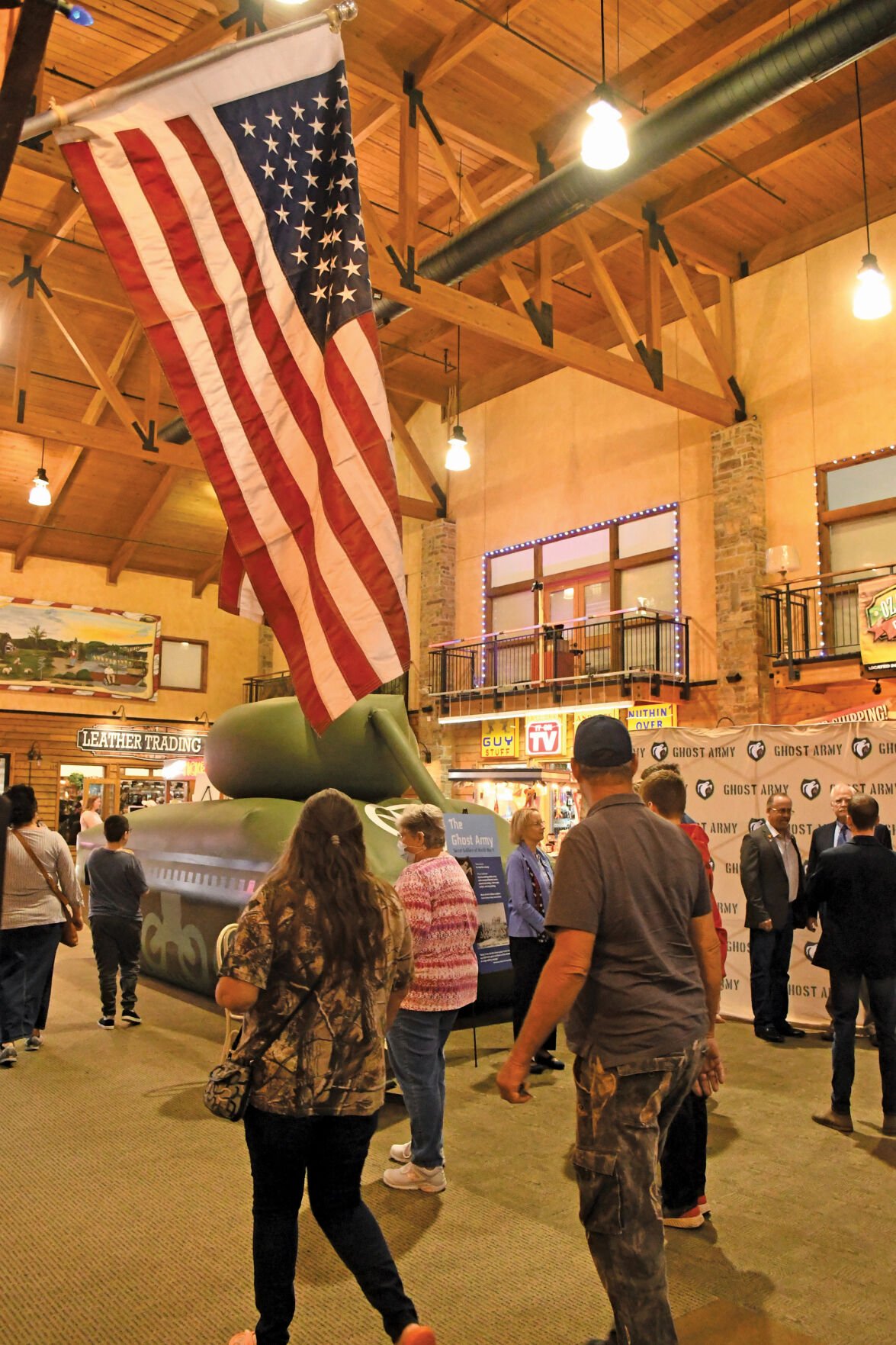 In the lobby of the Branson Imax, an inflatable tank, along with additional information, was on display for attendees. 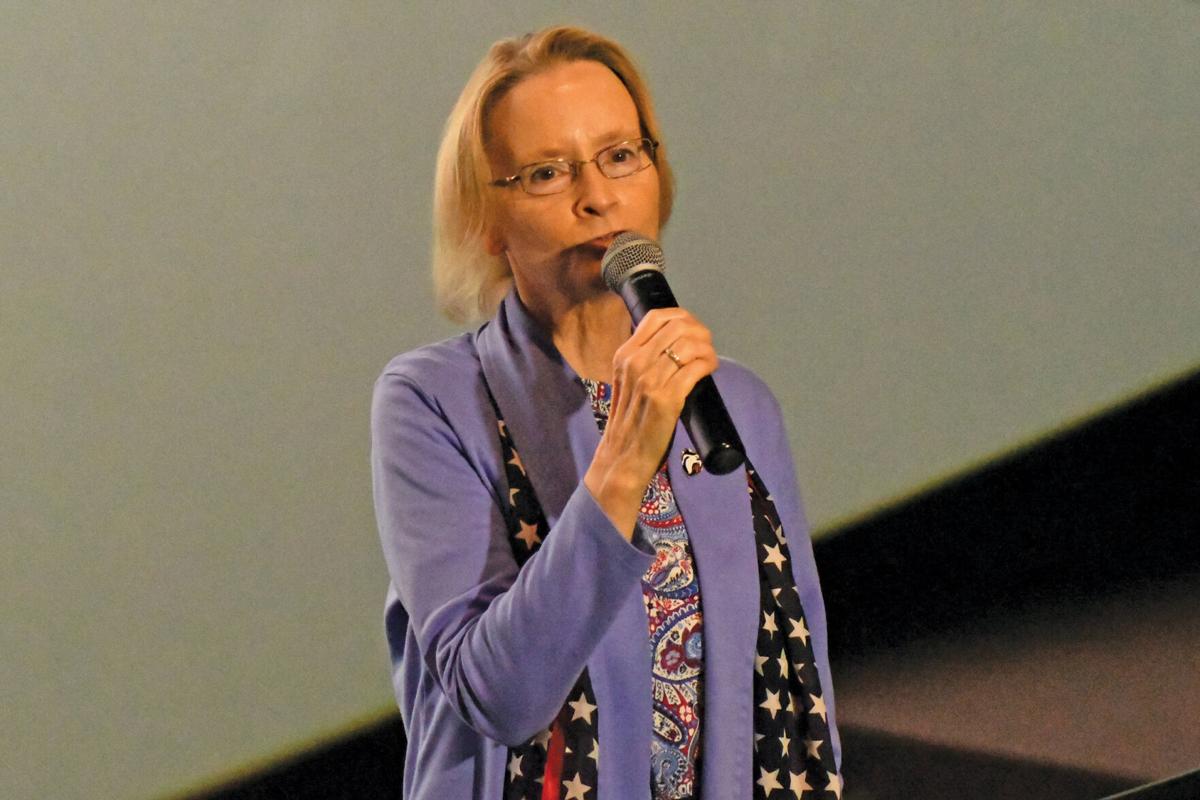 Documentary attendees had the chance to hear from Carolyn Spence Cagle ahead of the films screening at the Branson Imax. 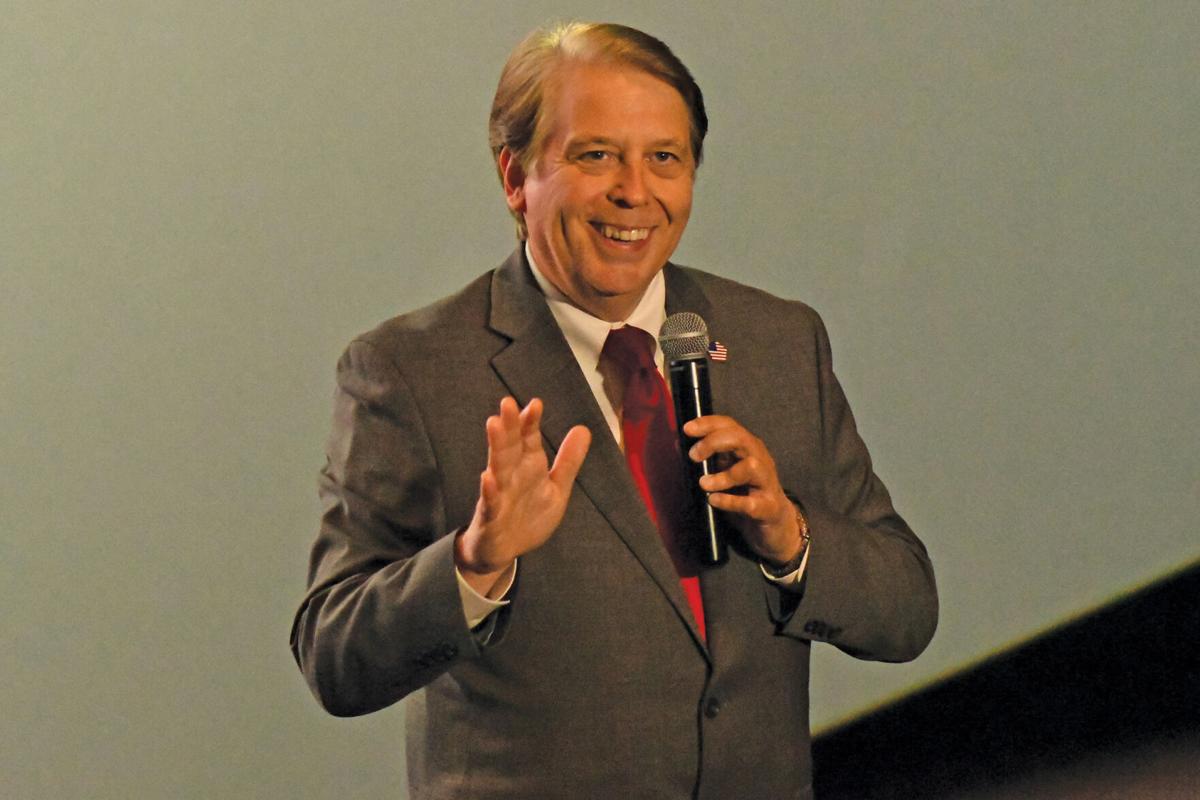 Documentary attendees had the chance to hear from Dean Dohrman ahead of the films screening at the Branson Imax. 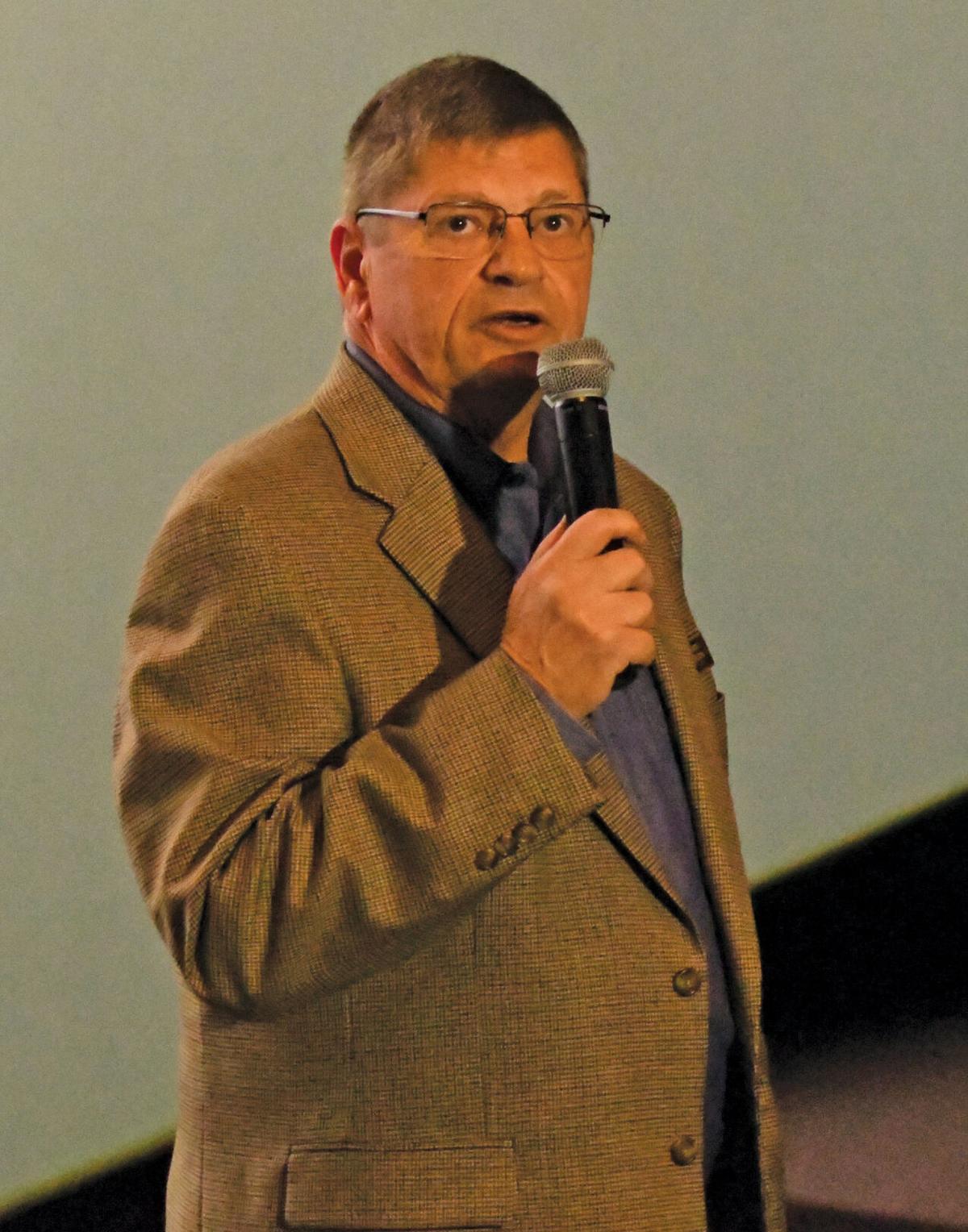 Documentary attendees had the chance to hear from Branson Mayor Larry Milton ahead of the films screening at the Branson Imax.

In the lobby of the Branson Imax, an inflatable tank, along with additional information, was on display for attendees.

Documentary attendees had the chance to hear from Carolyn Spence Cagle ahead of the films screening at the Branson Imax.

Documentary attendees had the chance to hear from Dean Dohrman ahead of the films screening at the Branson Imax.

Documentary attendees had the chance to hear from Branson Mayor Larry Milton ahead of the films screening at the Branson Imax.

On Sunday, June 6, the Branson Imax Entertainment Complex welcomed more than 200 attendees as they paid tribute to The Ghost Army as a part of the inaugural Missouri Ghost Army Recognition Day.

As part of the recognition day, the Branson Imax played Director Rick Beyer’s “The Ghost Army” documentary on the giant screen, had a small exhibit on display and held a short reception afterward inside McFarlain’s Family Restaurant.

Ahead of the documentary showing, attendees had the opportunity to hear from a handful of guest speakers, including Ghost Army Legacy Project Board Member Carolyn Spence Cagle.

“We are delighted to see so many of you participating in this first Ghost Army Recognition Day. This is the first event, because Gov. Parson last July signed legislation and that means this year is the first opportunity of scheduling an event in Branson, as well as in Jefferson City; where there is an exhibit at the capital museum in the Veterans Gallery,” said Spence Cagle. “Also, Roy (Eichhorn) just this week did an event at Fort Leonard Wood, so three events the first year we’ve got is pretty good for a planning group of about four people.”

Also in attendance was Branson Mayor Larry Milton who offered a few words before the film started.

“I’m really honored to be here today. When I first heard about The Ghost Army, quite honestly, I was blown away,” said Milton. “I often ask myself the question, ‘Would the results have been different if we didn’t have that Ghost Army?’ It’s fitting that Gov. Parson designated today June 6 as The Ghost Army Recognition Day. The film we’re going to see today I think has all the earmarkings of a Hollywood movie. Inflated tanks, deception, radio communications; and again with their impact on the war, the creativity of our military and those that served in The Ghost Army is to be commended. I think like many of you I was shocked that it was kept quiet for this long. I’m not sure what the reason was, but they’ve sure deserved to be honored for 40 years now.”

Before Gov. Parson signed The Ghost Army Recognition Day into law, the legislation was proposed by Former Missouri District 051 Representative Dean Dohrman, who shared the story of how the recognition day came to be.

“When I met Rick (Beyer) I was at a conference and I knew we had to do this. About 30% of The Ghost Army went through Camp Crowder (in Missouri), so we are the patriotic heartland of the country and we need to be on the map saying we want the Congressional Gold Medal for The Ghost Army,” said Dohrman. “I came up for my last session last year and I said, ‘What am I going to do? I’m out of time.’ Then I had a flash of insight. Why don’t we have a commemorative day. We do this all the time. We name highways and we … call that the commemorative omnibus bill. I put it on as an amendment and got it through. Everybody in the House was great and a lot of Senate cooperation. I want to thank everyone who voted for it and the governor for signing it.”

Also present at the documentary screening was Lisa Saylor, the director of constituent services from the office of Congressman Billy Long. Saylor brought with her a letter from Long, who was unable to be there, to read to those in attendance.

“The story of The Ghost Army is certainly unique and I’m pleased to see that they are beginning to earn recognition for their important contributions. Using trickery, deception and multiple other uses of spy-craft, The Ghost Army likely saved the lives of thousands of allied troops and their story is one that needs to be widely known and applauded,” Saylor said as she read from the letter. “I was proud to be the co-sponsor of House Resolution 707: The Ghost Army Congressional Gold Medal Act that will officially recognize The Ghost Army with the Congressional Gold Medal and I’m urging my colleagues in the U.S. Senate to do the same and to help get this done.”

“Email and call, whatever you can do to communicate to Senator Blunt and Senator Hawley about the need of them to serve as co-sponsors,” said Spence Cagle. “We need to have 67 senators sign-on as co-sponsors in order for that particular bill to enter the Senate for discussion and hopefully for approval.”