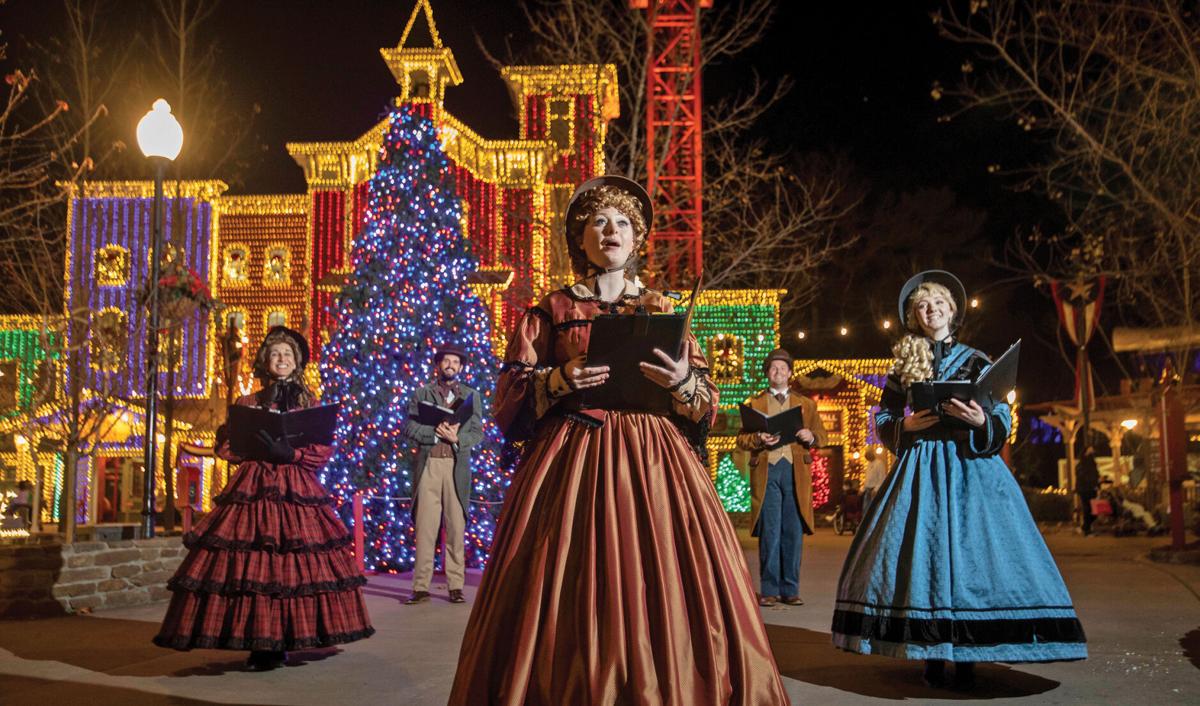 Silver Dollar City’s An Old Time Christmas runs now through Dec. 30 and features all the traditional sights, sounds and smells of Christmas. 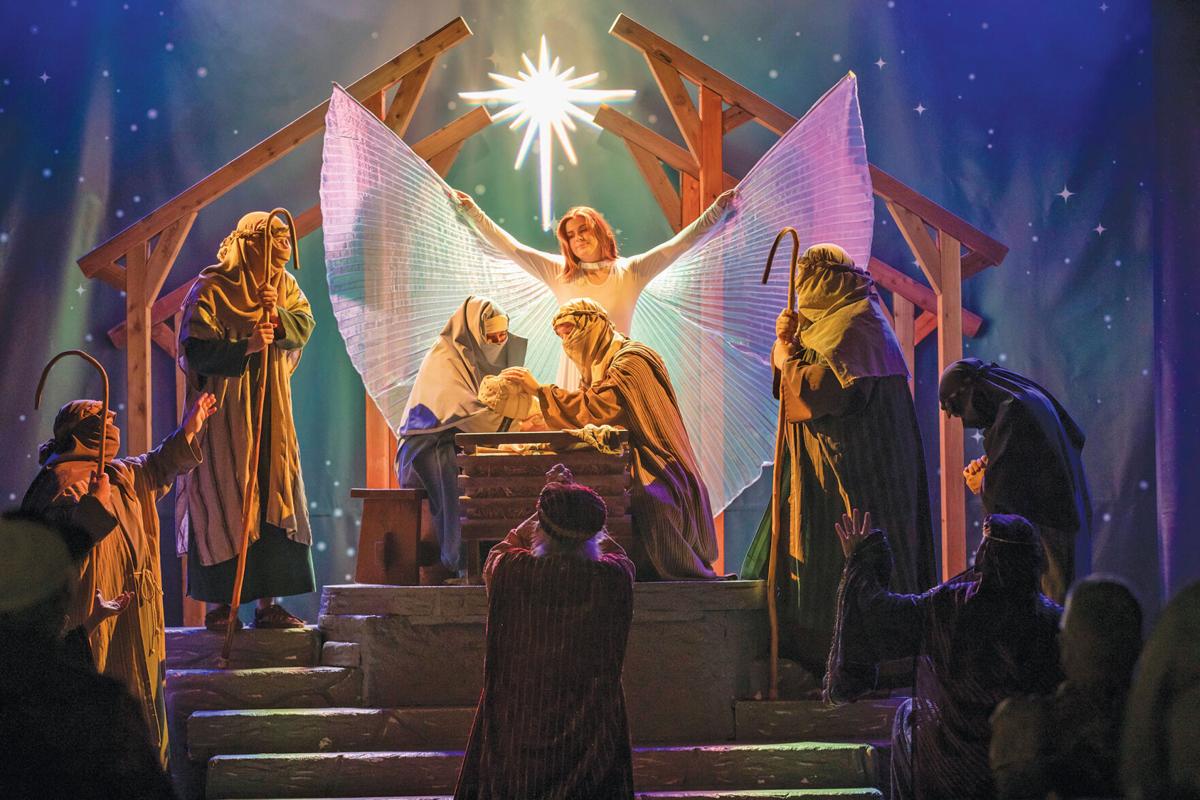 The Living Nativity will transport your family to ancient Bethlehem and experience life as is may have been that clear and silent night so many years ago. 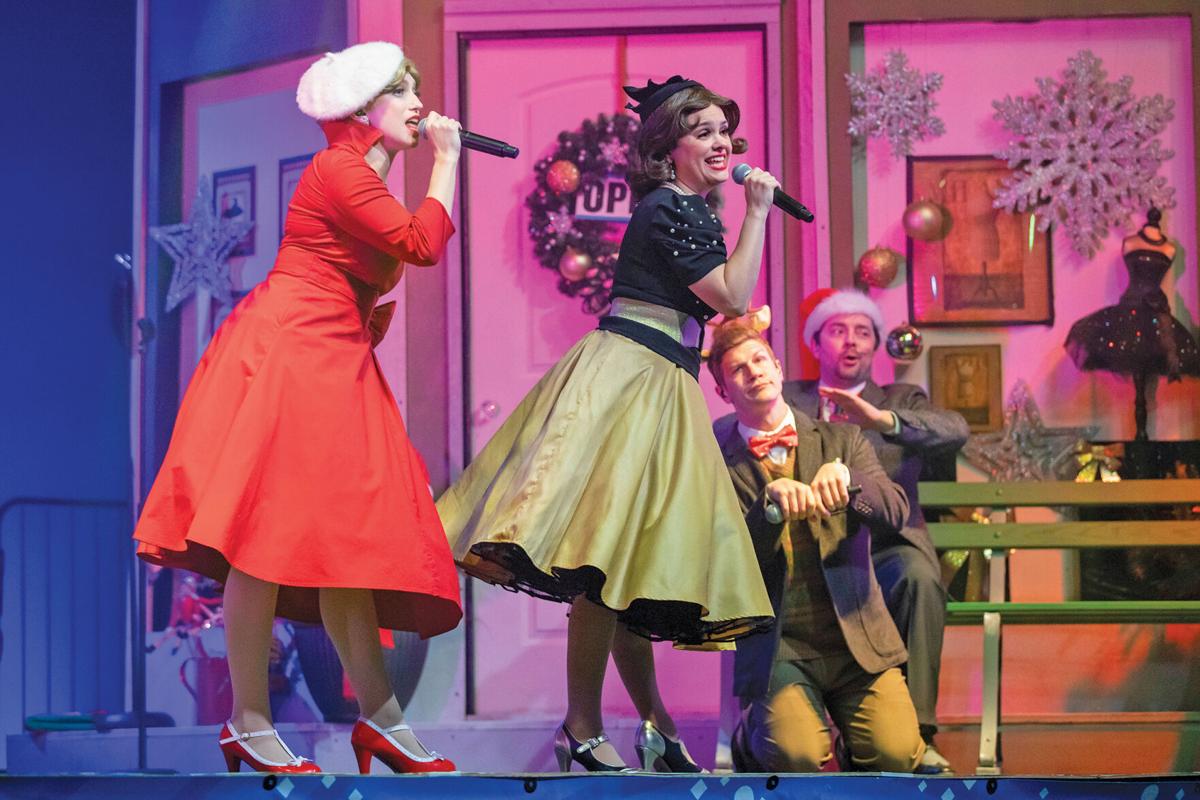 The all-new show Cool Yule on the Plaza Stage features your favorite jazzy holiday hits with a vintage flair.

Silver Dollar City’s An Old Time Christmas runs now through Dec. 30 and features all the traditional sights, sounds and smells of Christmas.

The Living Nativity will transport your family to ancient Bethlehem and experience life as is may have been that clear and silent night so many years ago.

The all-new show Cool Yule on the Plaza Stage features your favorite jazzy holiday hits with a vintage flair.

Guests of the 1880s theme park can still be a part of all the festivities before the award winning festival and the Christmas season prepares to come to an end. As park visitors walk the streets Silver Dollar City, they can take in the sights, sounds and smells of Christmas.

Now through Dec. 30, the Branson-based attraction will host a variety of outdoor performances as a part of their COVID response to continue providing live productions in the park during the pandemic. In the Dockside Theater, guests are invited to transport themselves back to ancient Bethlehem and experience life as it may have been on the night of the birth of Jesus. The reason for the season is revealed in dramatic fashion by the angel Gabriel in a musical account of The Living Nativity.

“People are finding that coming to Silver Dollar City at Christmas gives them a warmth that we haven’t felt much of (in) 2020 — a sense of ‘normal’ family togetherness,” said Silver Dollar City Entertainment Manager Casey Robertson in a press release. “It seems many of us took that feeling for granted, yet being in the beautiful outdoors in a lighted City celebrating the true meaning of the season helps give it back to us.”

Traditionally set up inside the Silver Dollar Saloon, the Frontier Fa-La-La Follies has also transported their show onto the Plaza Stage this Christmas. During the show, the saloon gang takes audiences on a hilarious holiday adventure as they sing and dance their way through the season. This 30-minute Wild West Comedy show features Bart, the girls and the Silver Dollar Band as they showcase a variety of Christmas carols and comedy.

Additional Silver Dollar City adventures include the Frisco Silver Dollar City Sing-Along Steam Train, which takes passengers on a musical journey through the park and includes a visit from Grandpa who shares the story of the Christ Child’s birth, and Santa’s Cottage, where families can come up to see and visit with Santa through the window of his cottage until Dec. 23. Elves will also be on hand to take photos at the cottage, which is located at the Carousel Barn.

For the 2020 Christmas season, Silver Dollar City has also dawned 6.5 million Christmas lights, for which 1.5 million of those can be found in the Christmas in Midtown. On Main Street, park guests will find the Silver Dollar City Christmas tree, which soars 80-feet into the air and features hundreds of thousands of dancing high-resolution Christmas lights, with the infinite ability to combine color, music, light and animated imagery. As part of Joy on Town Square, the Christmas tree is joined by the surrounding buildings, trees and landscapes as they immerse the town square with additional illumination from the more than one million LED lights.

Also lighting up the city each night is Rudolph’s Holly Jolly Christmas Light Parade, which features Rudolph the Red Nosed Reindeer as the grand marshal. Folks are invited to line the streets of the park as Rudolph leads a musical procession of nine lighted floats and 45 costumed characters, including Bumble the Abominable Snow Monster, at least twice a night during the festival.

During An Old Time Christmas, folks will also have the chance to catch performing groups like the Spoken 4 Quartet, the Sons of the Silver Dollar and the Homestead Pickers.

Silver Dollar City will be closed on Christmas Eve and Christmas Day. Park hours, tickets and additional information can all be found at silverdollarcity.com.