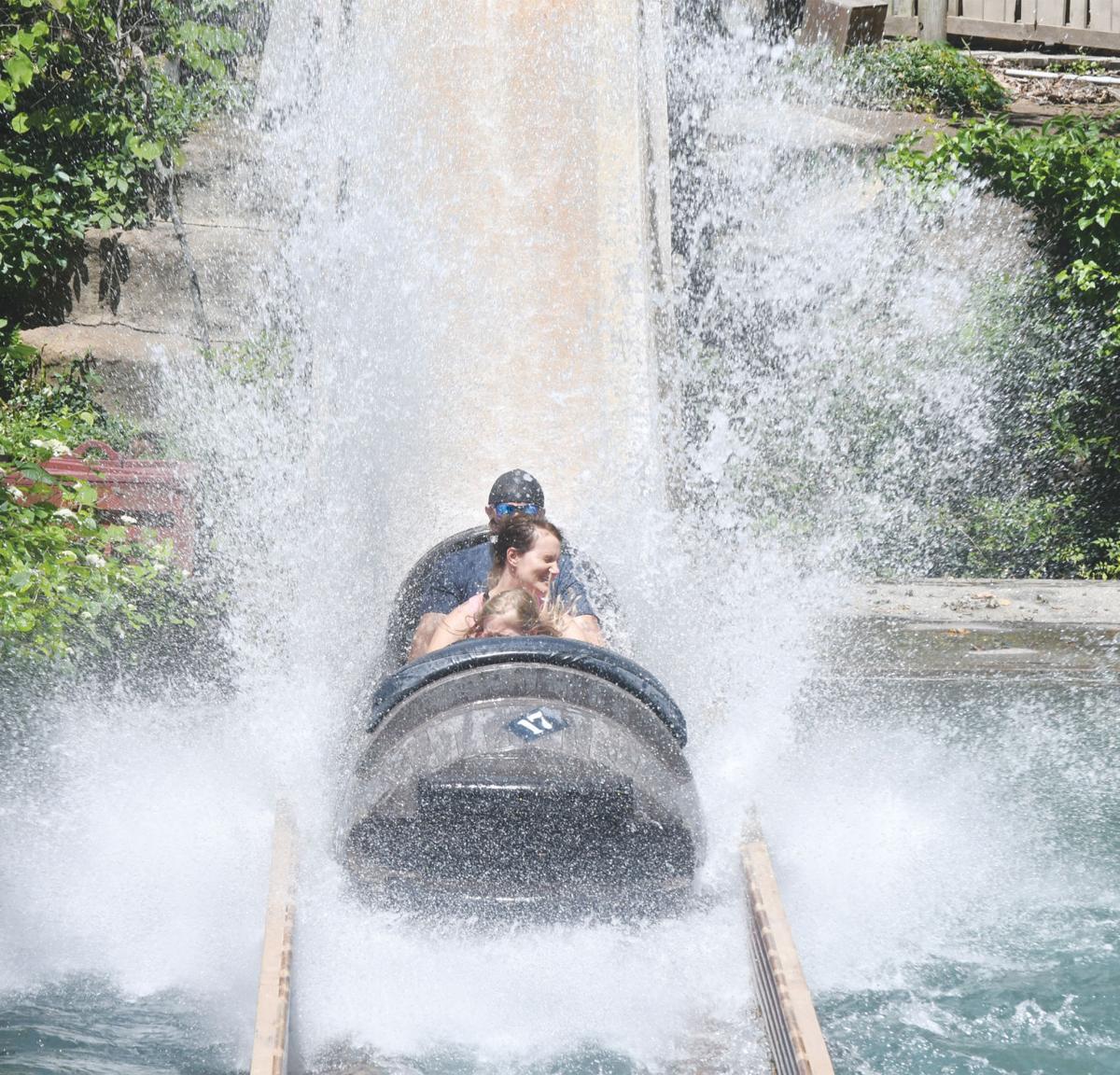 Most of Silver Dollar City’s more than 40 rides and attractions, including the Great American Plunge, will be on full display when the park opens Saturday for season pass holders, Monday for everyone else. Reservations, masks and temperature scans are all mandatory in order to visit the park. 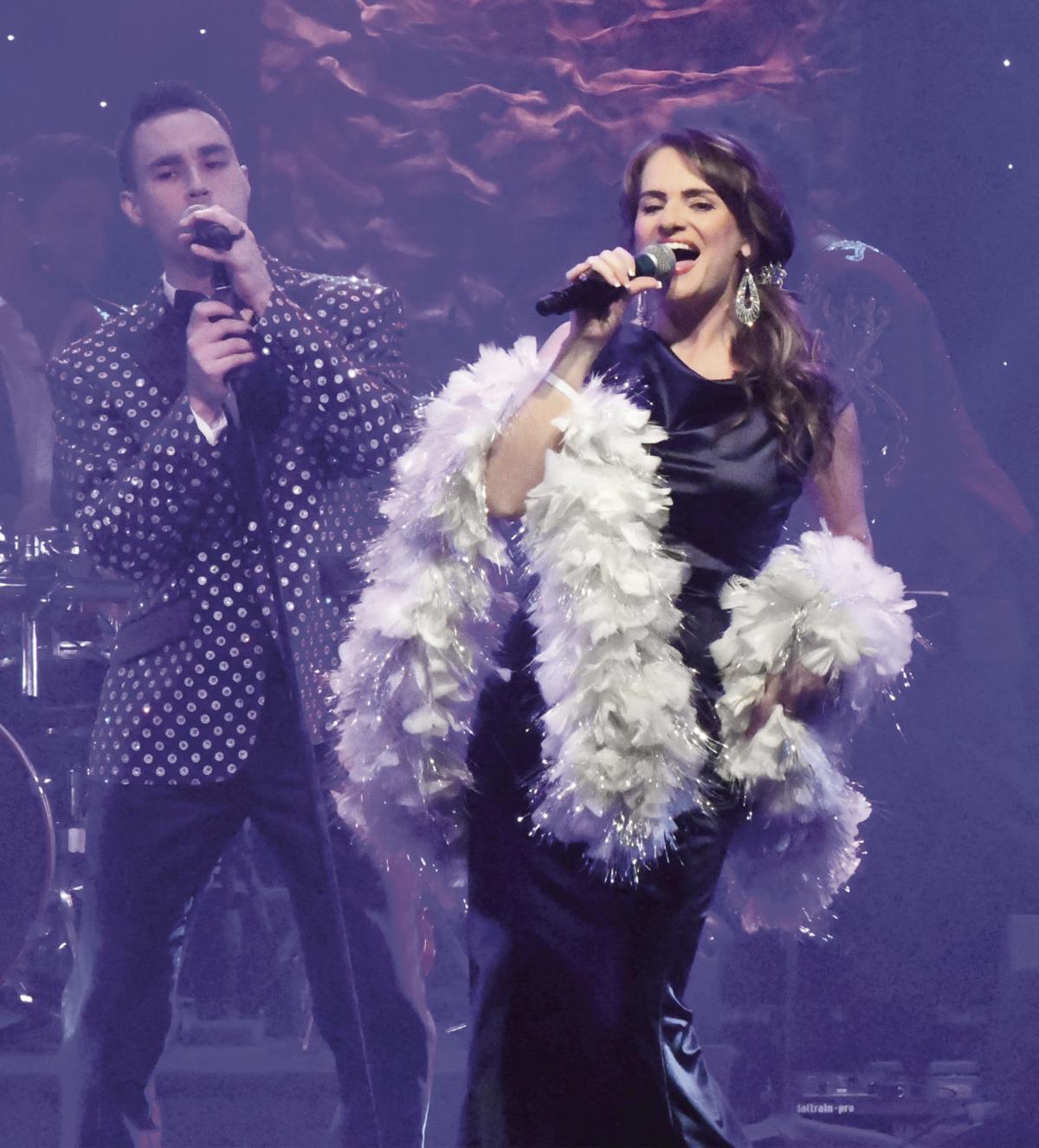 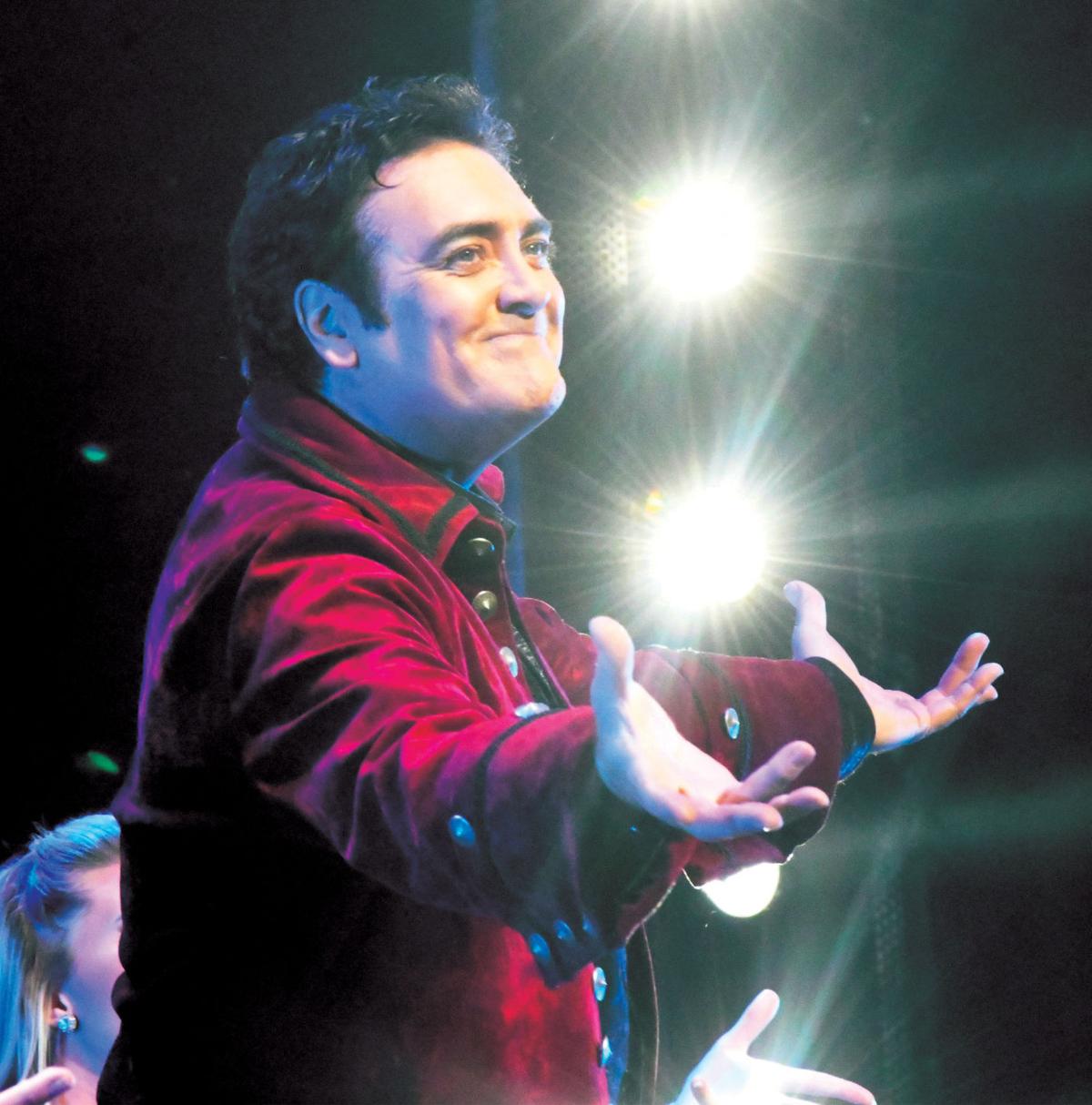 Rick Thomas and his “Mansion of Dreams” will return to the Andy Williams Performing Arts Center & Theatre June 19.

Most of Silver Dollar City’s more than 40 rides and attractions, including the Great American Plunge, will be on full display when the park opens Saturday for season pass holders, Monday for everyone else. Reservations, masks and temperature scans are all mandatory in order to visit the park.

Rick Thomas and his “Mansion of Dreams” will return to the Andy Williams Performing Arts Center & Theatre June 19.

Greetings my Loyal Reader(s), and welcome to the latest edition of the Branson Beat, your home for all the news on the Branson entertainment scene.

As always, feel free to drop me a line at jclark@bransontrilakesnews.com, or send me a message via our Branson Tri-Lakes News Facebook page.

Wednesday sees two of, in my humble opinion, the best productions as “Clay Cooper’s Country Express” and “Grand Jubilee” will return to their respective venues.

I wasn’t able to catch the new show in March when it opened for the first time this year, so it is most assuredly high on my list.

Fortunately, I was  able to catch “Grand Jubilee” earlier this season, and believe me Loyal Reader(s), it’s fantastic. This year’s

“Jubilee” features a perfect blend of comedy and country, rock ‘n’ roll, gospel and patriotic tunes, performed by one of the most talented lineups in this, or any other town.

Be sure and put this on your list, as it will be quite a difficult task to top this year’s “Jubilee.”

In addition to two awesome shows, Wednesday will also see the reopening of the Butterfly Palace & Rainforest Adventure.

According to a release, they “will be following CDC Guidelines and State of MO protocols, including mandatory face masks for anyone over the age of 4, which they will provide, limited capacity, social distancing and proper hygiene stations located throughout.

Also, they will not be holding the scheduled butterfly releases or critter encounters, but nectar flowers will still be available for guests and will be sanitized after each use.

Another important thing to remember is no advanced tickets on their website or through other vendors until capacity restrictions are no longer in place, thus all tickets are available at the door.

In addition to “The Boys” of New South, David Ragan, Jon Drockelman, Mark McCauley and Luke Menard, and the Grand Band, this show also features Jackie Brown and Jamie Haage, as well as the awesomeness of “Mr. Piano” Tracy Heaston.

This two-hour “southern gospel extravaganza” stretches from the “early roots of southern gospel to the hand-clapping gospel hits of today, from the Jordanaires to Bill Gaither.”

“New South Gospel” is performed every Thursday afternoon at 3 p.m.

According to Woods, “Nashville Roadhouse” will also feature national touring acts, starting Thursday night with the Swon Brothers, who appeared on “The Voice.”

The Swon Brothers, Zach and Colton, gained national exposure as finalists on NBC’s “The Voice,” and released their self-titled major-label debut the following year. The album’s first single, “Later On,” was the duo’s first Top 15 hit. The brothers have also received CMA and ACM Award nominations for “Vocal Duo of the Year,” as well as a CMT Music Award nomination for “Duo Video of the Year.”

They have also joined Brad Paisley on his Country Nation World Tour and Carrie Underwood on her Storyteller Tour, and constantly tour on their own, treating their loyal fans to “Swoncerts” everywhere.

According to a recent social media post, the band Blackfoot will perform at the Branson Star June 2 and 3.

The venue is also home to a smaller theatre featuring daily shows including “The Kenny Rogers Experience featuring Rick McEwen,” “Women of Country Music,” “Fusion: Where Metal meets Classical,” “That 80’s Rock Show (With Love),” and “HardRock Nite,” featuring Chip Znuff from Enuff Znuff, as well as a full bar with live entertainment.

Finally, Saturday morning sees Silver Dollar City open to season pass holders. The park will open June 15 for everyone else.

In addition to required reservations and touchless temperature checks, masks will also be required for anyone over the age of 3.

The park, which is set to celebrate the 60th Diamond Jubilee Anniversary in 2020, was originally scheduled to open March 17, but that date was delayed in response to the COVID-19 pandemic.

When the park opens Saturday, so to will the all-new Rivertown Smokehouse,  as well as the new Cinnamon Bread Bakery. The highly anticipated Mystic River Falls river raft ride is set to open “later this summer.”

The Americana Theatre’s “CJ Newsom’s Classic Country and Comedy” returns June 14, while June 15 sees the debut of the Ruby Room Theatre & Lounge at the Majestic, which will house “Dancing in the Streets – a Motown Revue” and “Doo Wop & the Drifters.”

The general public will be able to visit beginning Wednesday, June 17.

White Water is also set to have similar guidelines as those put in place for Silver Dollar City, including a contactless temperature scan prior to entry, reduced daily capacity limits, capacity adjustments for rides and restaurants and a requirement to wear a mask or face covering.

The show itself features several dozen performers, more than 100 live, animatronic and puppeted animals, and a 40-foot-high Ark that is built right before our eyes.

‘Mansion of Dreams,’ ‘Acrobats’ back June 19

In addition to opening the show, Thomas and his crew at the venue are following all “health and safety standards recommended by the CDC.” In addition to new “social distancing” seating chart, or “COVID capacity” as I like to call it, the theatre is also making “modifications to the lobby, as well as how they interact with guests.”

The oldest of six children, Thomas started practicing magic at the age of 7. By the time he was 13, Thomas was performing magic shows for small crowds. He went on to perform at the Disneyland Hotel while attending Long Beach City College in California, as well as aboard cruise ships and in Europe before beginning an extended run in Las Vegas.

After performing more than 500 shows every year and honing his craft, Jimmy Osmond said he felt the time was right for Thomas to come to Branson, which he did in 2014.

Thomas has also been featured on numerous national TV specials, including “The World’s Greatest Magic” specials on NBC as well as his own special for ABC that aired in Asia.

“Mansion of Dreams” is a sentimental, passionate and even emotional journey into the mind and heart of Thomas, who shares who he really is, and what he truly loves each and every night on that stage, connecting with his audience the way few others can.

This is a fantastic show, and I’m stoked Thomas and company will be back soon.

As far as the “Amazing Acrobats of Shanghai” at the Mickey Gilley Grand Shanghai Theatre, 2020 has forced many changes for the production.

Despite having their troupe stuck in China following the travel ban in February, the “Amazing Acrobats of Shanghai” opened earlier this year with “an all-new cast.” Obviously things changed when everything was forced to close, and as of press time, the only details I have are it will be their “biggest show ever” when the show returns June 19.

I’m very much looking forward to discovering exactly what they’re talking about, and as soon as I find out, I’ll pass it along to my Loyal Reader(s). Visit amazingacrobats.com.

Due to social distancing requirements, only a limited number of seats will be available for this show.

This cat is one of the best entertainers working today, and the only way I can describe a Dean Z concert is to call it a “happening.” Do yourself a favor and go check this one out.

“Down Home Country” is slated to return Sept. 9

There are several shows and business which haven’t announced a return date, but as soon as they do, you can read all about it right here, or in Branson This Week, or at bransontrilakesnews.com.

I believe they are shooting themselves in the foot by requiring people to wear masks everywhere, i.e. SDC and White Water. Wearing a mask in the heat and water? Seriously. I won't be partaking in any of those places.

Total agree. It is all BS..

Silver dollar city should have just staid closed. With the heat and the hills in that place they are just asking for people to die, and not from C19 but I am sure that is what they will mark down. It is a big scam. I want my money back for the season passes.

Billy, Billy you are still so silly posting this at the crack of dawn. Over 114,000 deaths since March and you are still calling it a scam. Also a light surgical mask can't be any hotter than the tin foil hats conspiracy buffs wear.

PS, stayed, not staid. Don't make that mistake when you go for your refund!