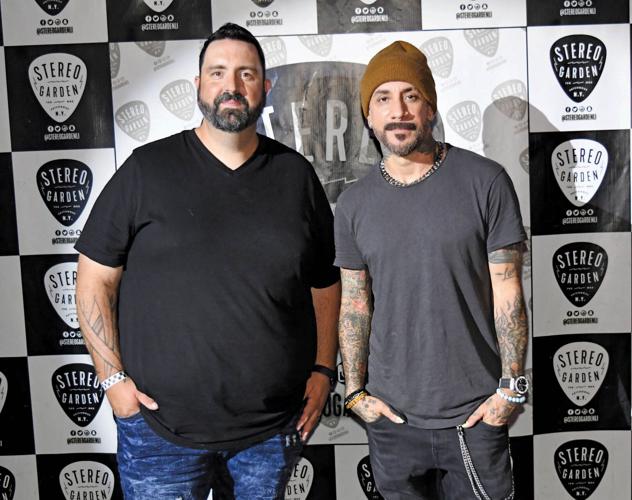 DJ Lux with his All The Cool Kids partner AJ McLean of The Backstreet Boys. 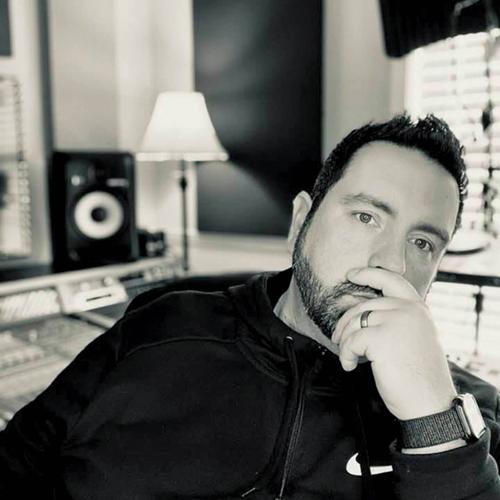 DJ Lux is currently touring with The Backstreet Boys on their 2022 DNA World Tour. 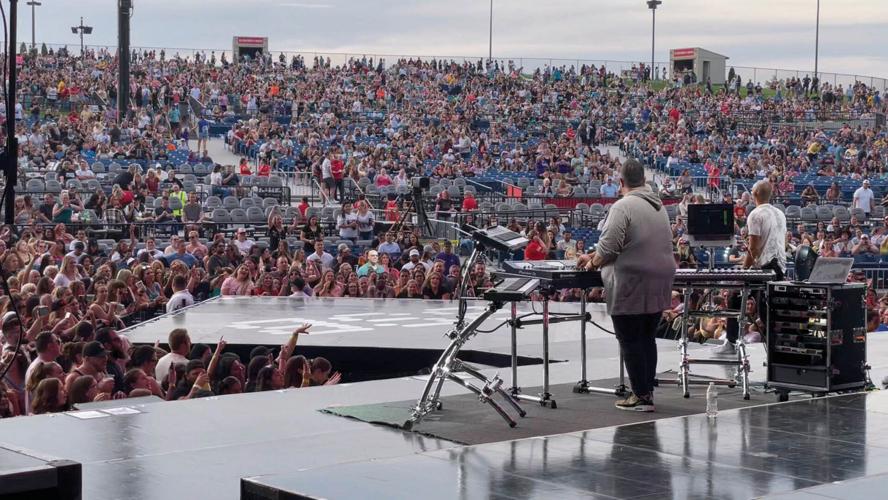 DJ Lux performing in front of an audience at a crowd earlier this month ahead of The Backstreet Boys during on of their several tour stops.

DJ Lux with his All The Cool Kids partner AJ McLean of The Backstreet Boys.

DJ Lux is currently touring with The Backstreet Boys on their 2022 DNA World Tour.

DJ Lux performing in front of an audience at a crowd earlier this month ahead of The Backstreet Boys during on of their several tour stops.

A multi-instrumentalist, billboard-carting Top 40 and Hot A/C Producer, Writer and Remixer from Branson is now on tour with The Backstreet Boys.

DJ Lux, or as he’s known to his neighbors Brandon Mashburn, is currently traveling alongside The Backstreet Boys on the second leg of their 2022 DNA World Tour. The tour, which runs from Aug. 4 to Sept. 14, is taking DJ Lux and the boy band across the United States and Canada.

“On the tour, we like to consider ourselves a little unique versus the typical DJ act in the sense that we actually play remixes, our remixes and other remixes that we’re a fan of live,” Lux said. “We supplement that with live keys and drums and other future artists that come out.”

One of the artists joining Lux is Francesco Yates, who is best known for his 2015 hit ‘Sugar, Sugar How’d You Get So Fly.’

“Francesco comes on and he plays lead guitar in some of our things and it sort of just becomes this revolving door of talent and every time someone else steps out on the stage it’s just this new element,” Lux said. “I think that kind of sets us apart from maybe what a fan would expect a ‘DJ’ to do. Yes I do have a DJ deck, yes I am DJing records, but we take it to the next level and bring our skill set as record producers and musicians onto the stage with us while we perform.”

Since the tour began at the beginning of this month, DJ Lux said it’s been going really great.

“We’re the only opening act on the tour, so we have a 30 minute set right before the guys go on. We play at 7:30 every night and we play for 30 minutes and then the guys come on after us,” Lux said. “I will say this is the largest tour I have ever opened. We’re playing 16,000 to 18,000 seats a night, sold out. We were sold out last night in Concord, California, we were sold out the night before in Mountain View, California. The crowds have been incredible. The crew and of course the guys have been really warm and accepting.”

DJ Lux explained his duo with McLean is not a new concept to fans of The Backstreet Boys, but this tour is exposing their music to a wider audience.

“AJ has spoken openly about this project. When we got out on the road and the fans started seeing what AJ’s been talking about for four years already,” Lux said. “They’re now seeing us with their Backstreet Boys ticket rather than having to find us at our own event some other place. It’s really been a great opportunity to join forces with them and hopefully elevate our brand to the next level and make some new fans.”

Before heading out on this month and a half long tour, DJ Lux shared he’s had multiple projects on his plate.

“I had the opportunity to do a remix for Jennifer Lopez, which we hope will be coming out here shortly. Of course I’m still very involved with 98 Degrees camp as well. Something that is lesser known in town about me is that I’m actually the MG for 98 Degrees, so I tour with those guys as well as producing their records. We’re continuing to be creative, cutting new songs and singles for the upcoming album to celebrate their 25th Anniversary.”

When not working on collaborations with other artists, DJ Lux said he’s staying busy creating his own music.

“I have single out now that we’re really working called ‘Little Heartbreaker’ that can be found on all major DSP’s and of course at every Backstreet Boys concert between here and Sept. 14,” Lux said. “‘Little Heartbreaker’ has been the theme, the anthem of our summer, to really just forging the path into what those DJ Lux sounds like in the studio when I start putting music out and just honing in on what that is. I think we’ve got a good grip on it and this fall is going to probably have a couple more songs coming out from me.”

As a resident of Branson for more than a decade now with his wife and new children, DJ Lux shared he enjoys having his base of operations in such a talented community.

“We’ve been there for 12 years and we’ve got reach in the community and I definitely don’t see that changing on a personal level,” Lux said. “On a professional level, I obviously have a lot of good friends in town that I love and support.  I think they’re wildly talented people. Collaborations are always fun, but I‘m just enjoying my time in Branson with my family and then I travel for work as needed.”

DJ Lux added Branson shares a special connection with ATCK, which many people might be unaware of.

“AJ and I have our project together called All The Cool Kids and it was something he and I started together four years ago and ironically enough started in Branson,” Lux said. “That was the first time we ever performed, was on the stage of The Mansion Theatre where we shot a promotional video for the project.”

As he’s making his way across the U.S. and Canada with The Backstreet Boy, DJ Lux said he hopes some of what he’s doing will rub off on Branson.

To stay up to date with everything happening in the worlds of DJ Lux, ATCK and The Backstreet Boys visit their pages on Facebook. Music from DJ Lux, including “Little Heartbreaker,” can be found on all major digital streaming platforms.