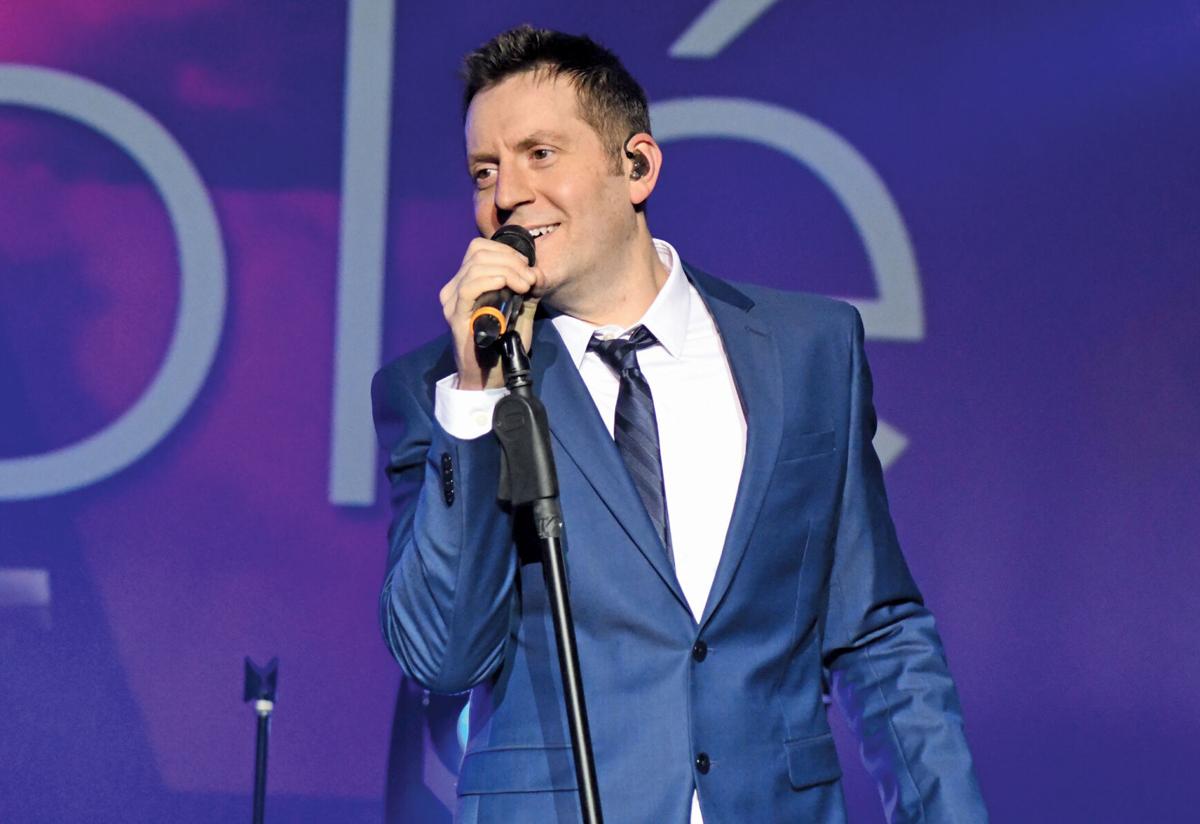 During an impressions segment, Matt Gumm performs as Michael Bublé during the Matt Gumm and Company show. 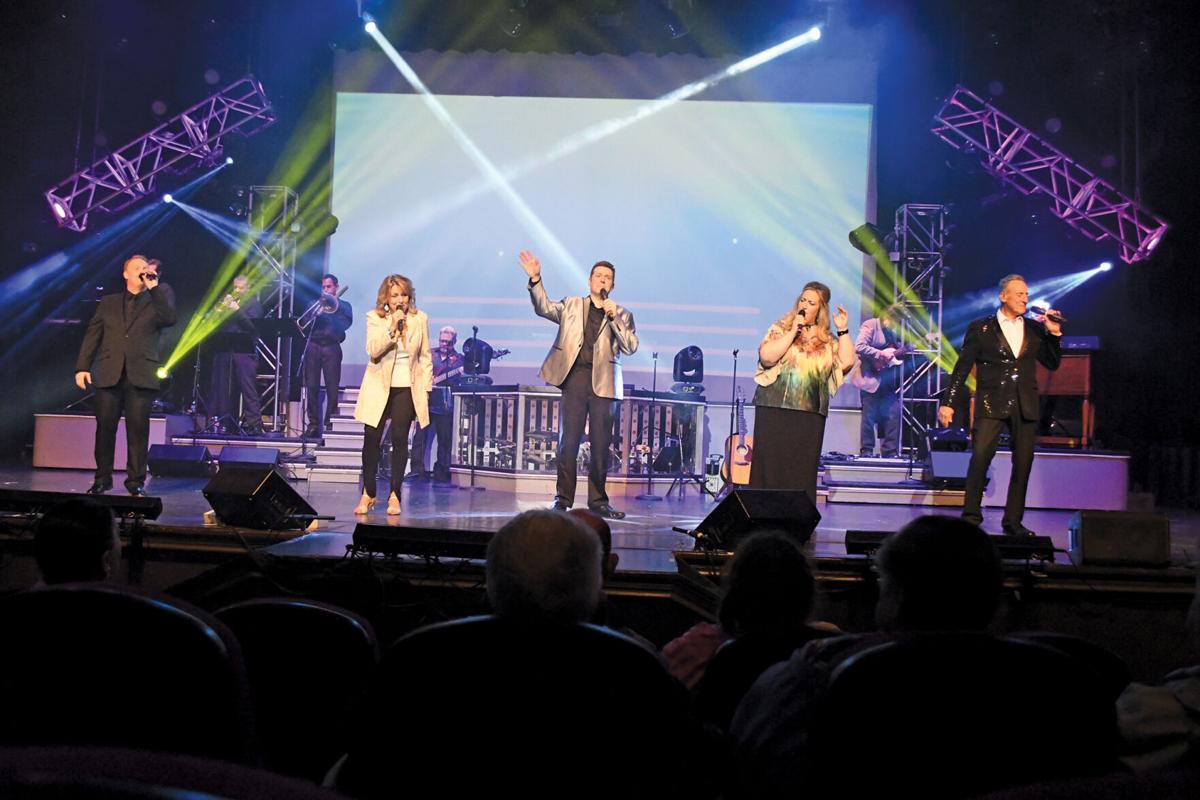 Matt Gumm and Company is performed at the Clay Cooper Theatre and is offering five more performances in 2021. 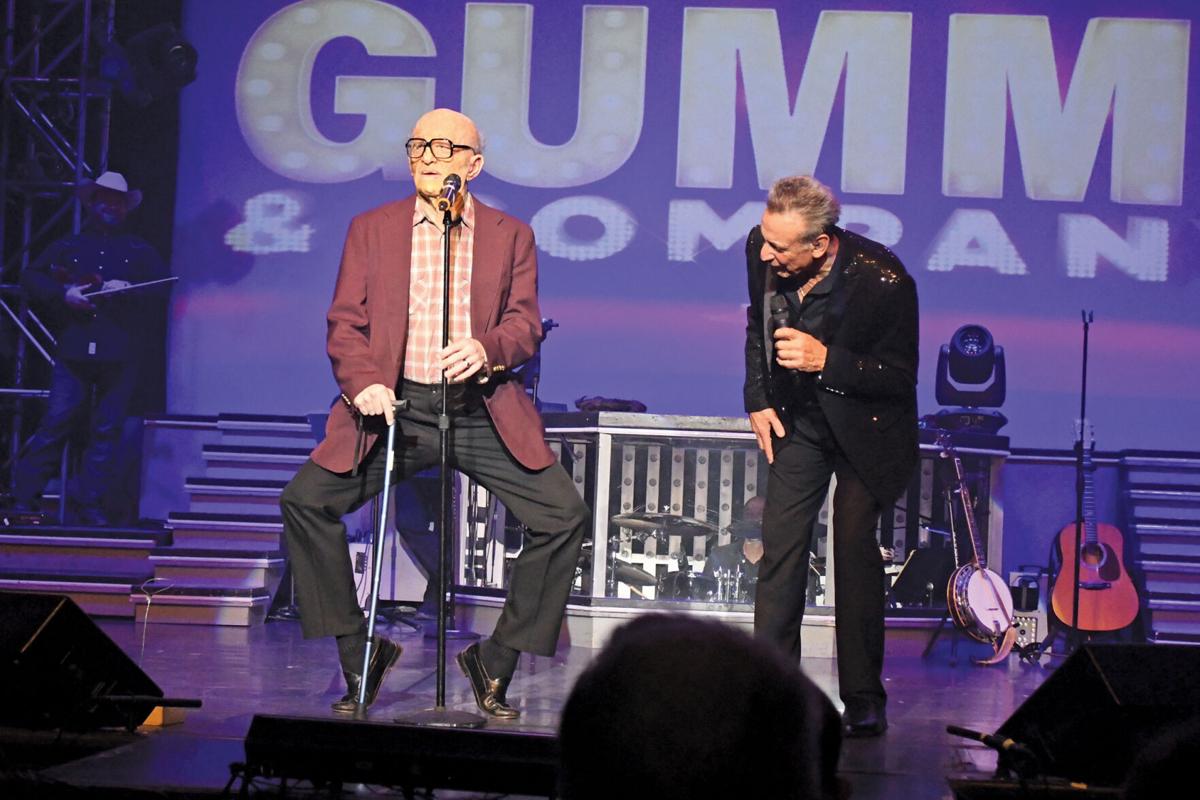 Thomas ‘Gabby’ Gumm invites his old friend Bob Cobb onto the stage to showcase his dance moves in the show. 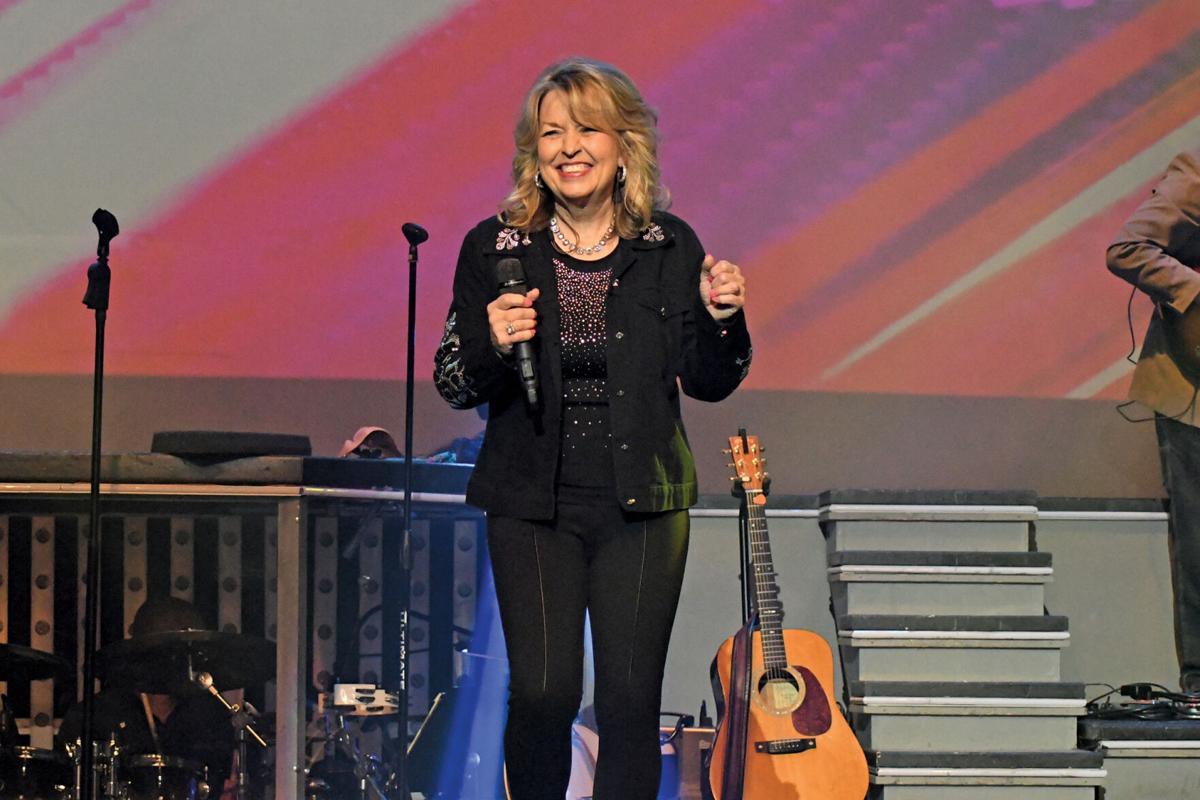 Sandy Gumm showcases her excitment during the show. 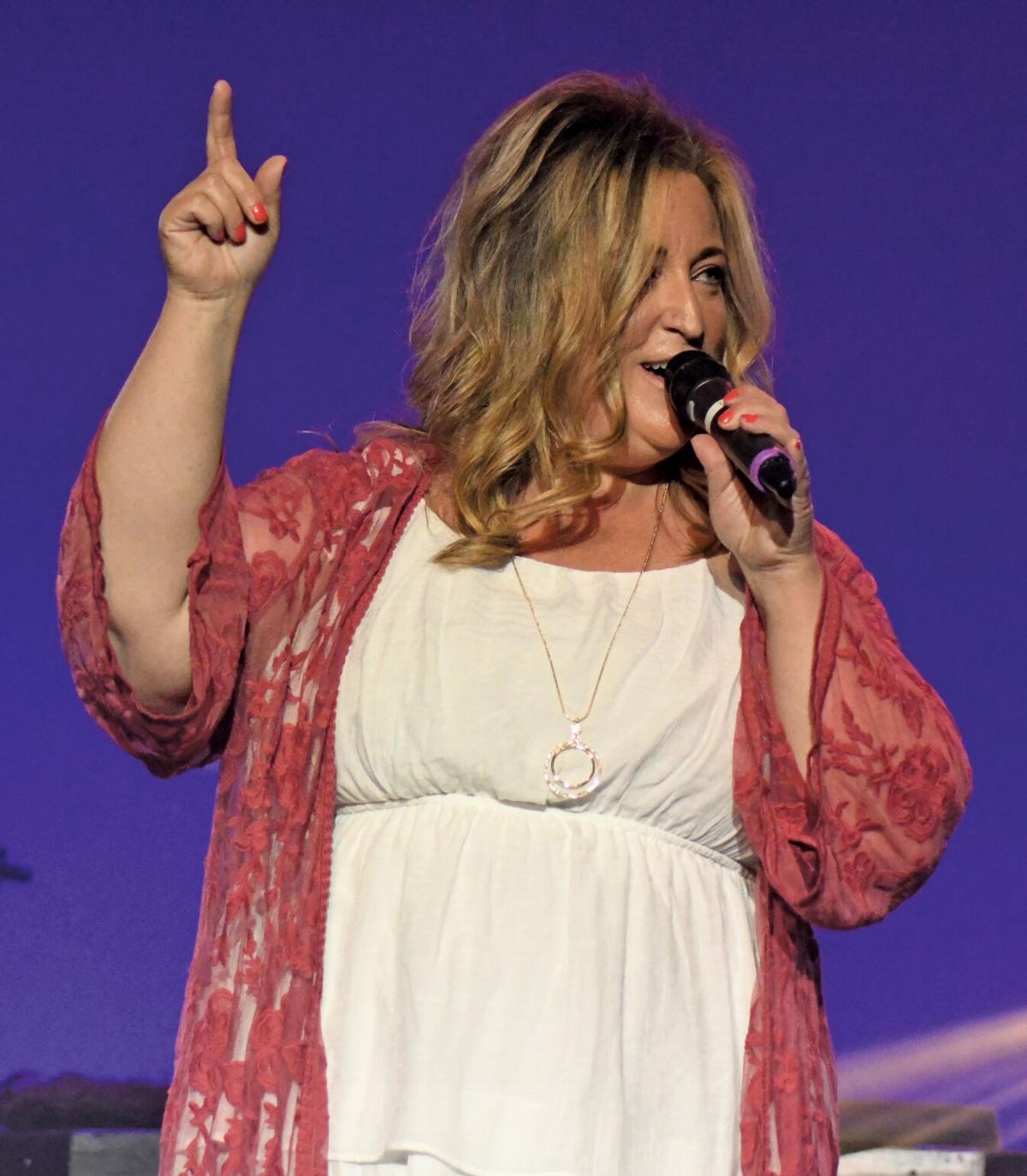 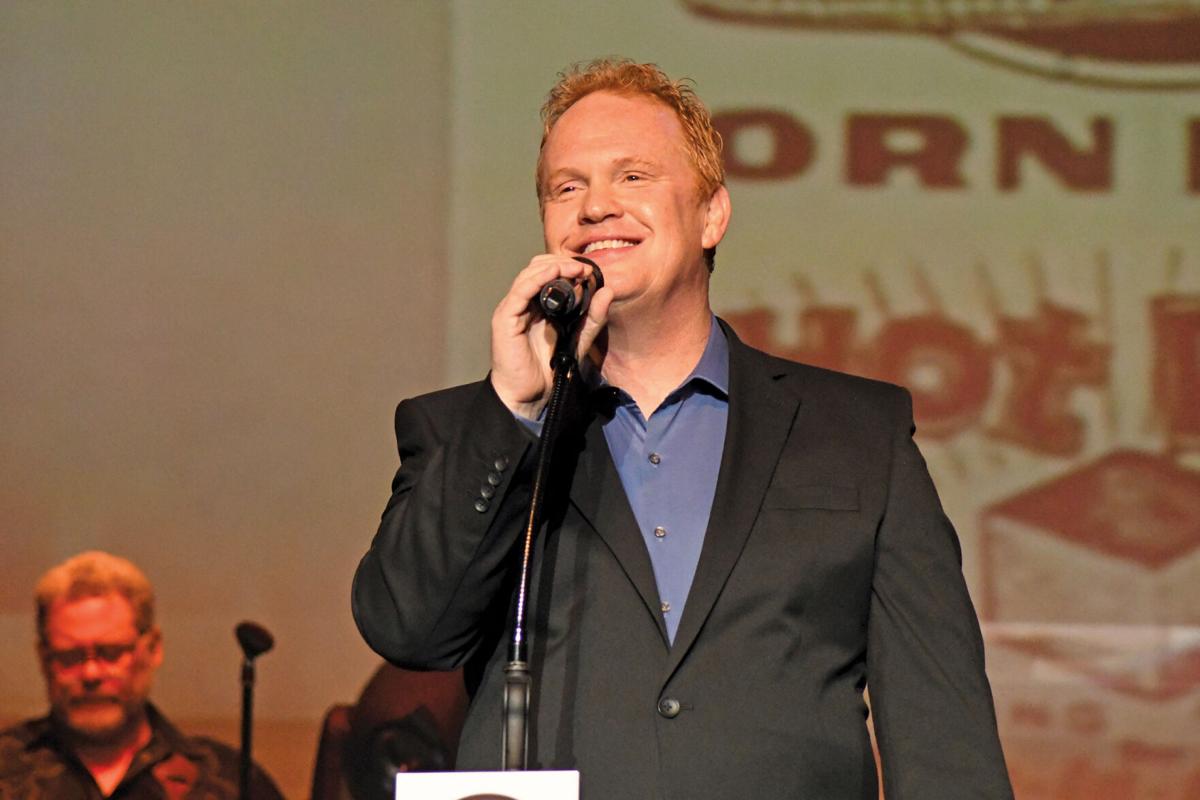 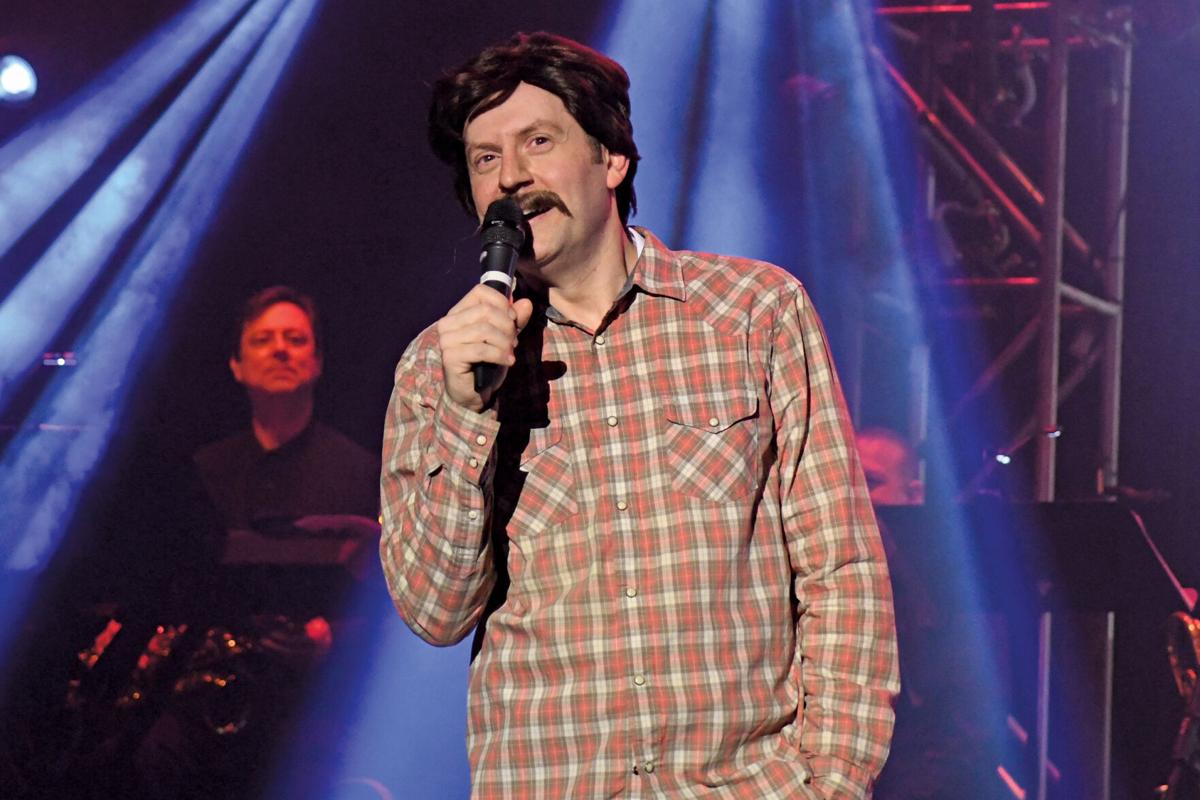 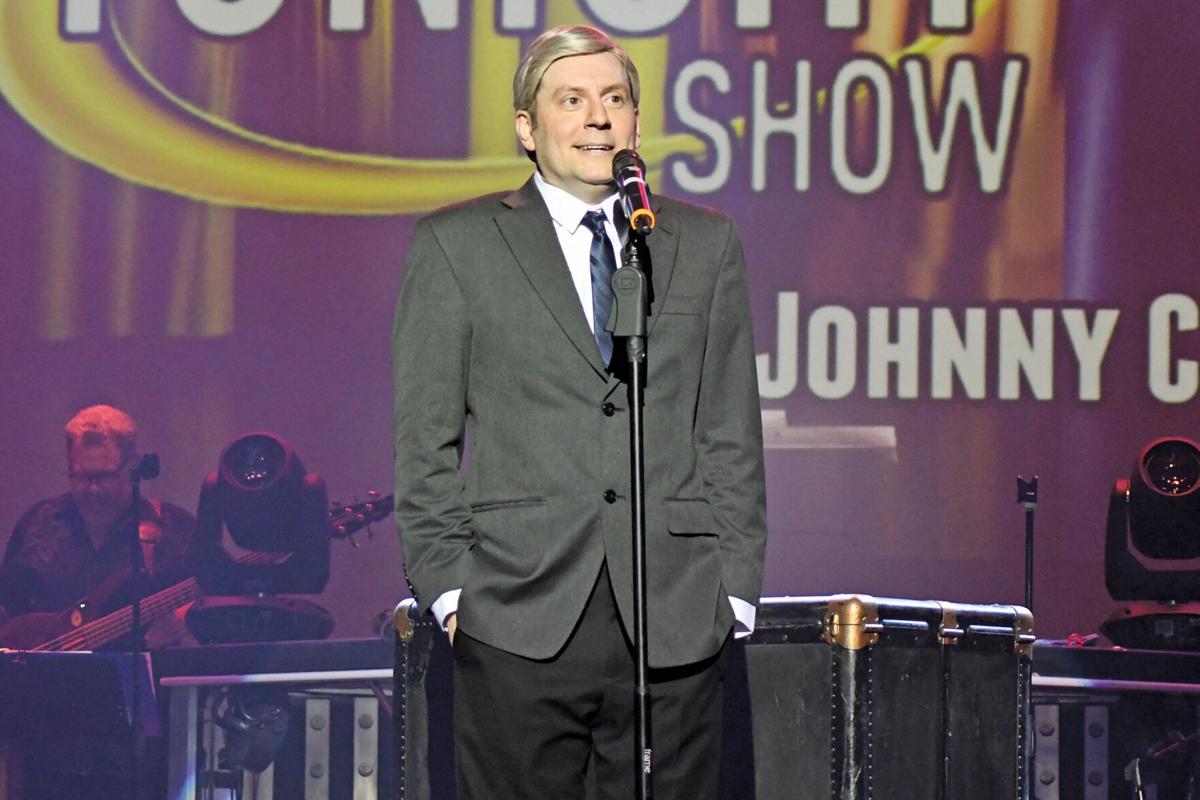 Matt Gumm brings Johnny Carson back to the stage with an impression of the late night talk show host. 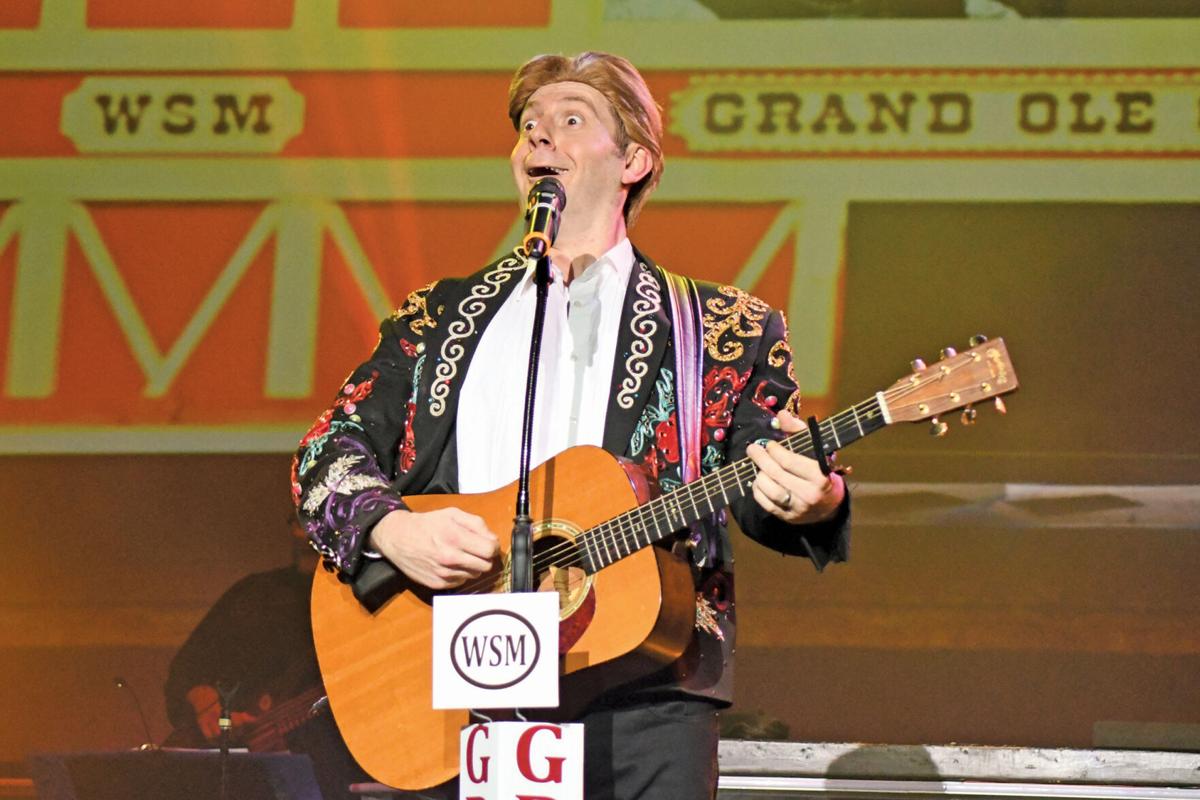 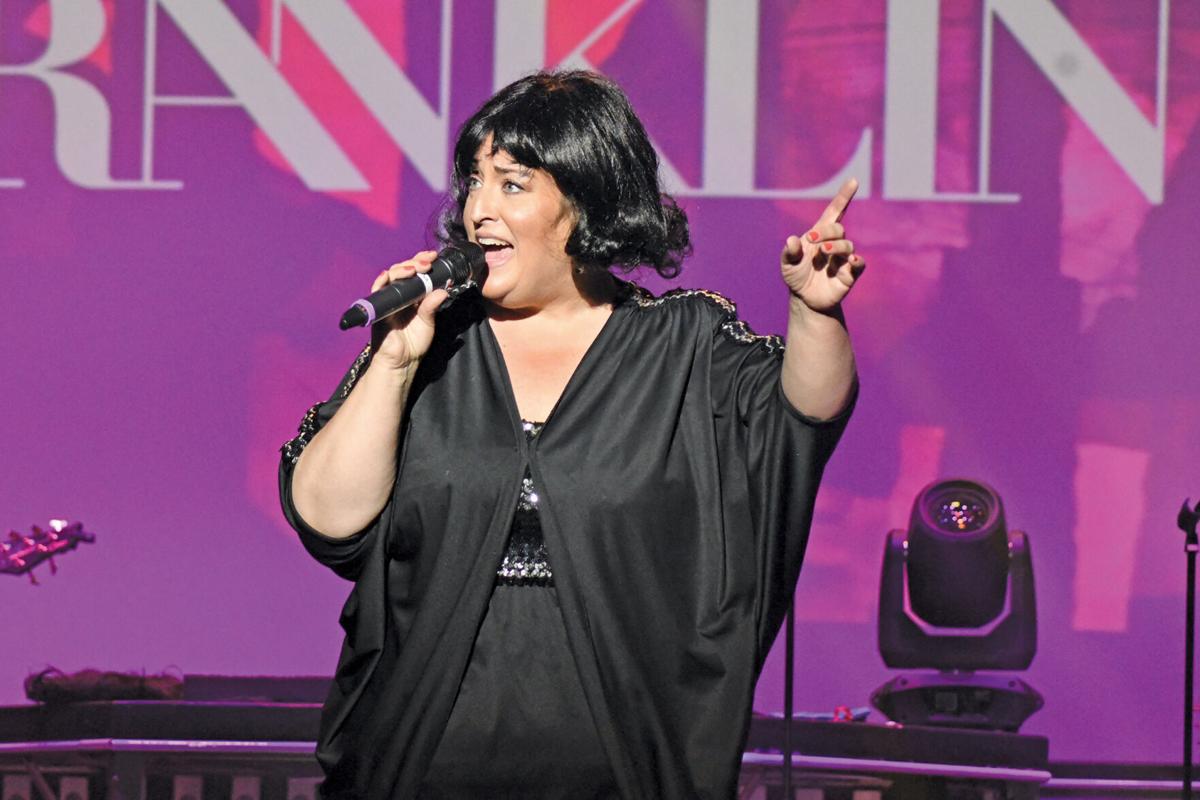 Jamie Gumm performs a song during a tribute segment as Aretha Franklin. 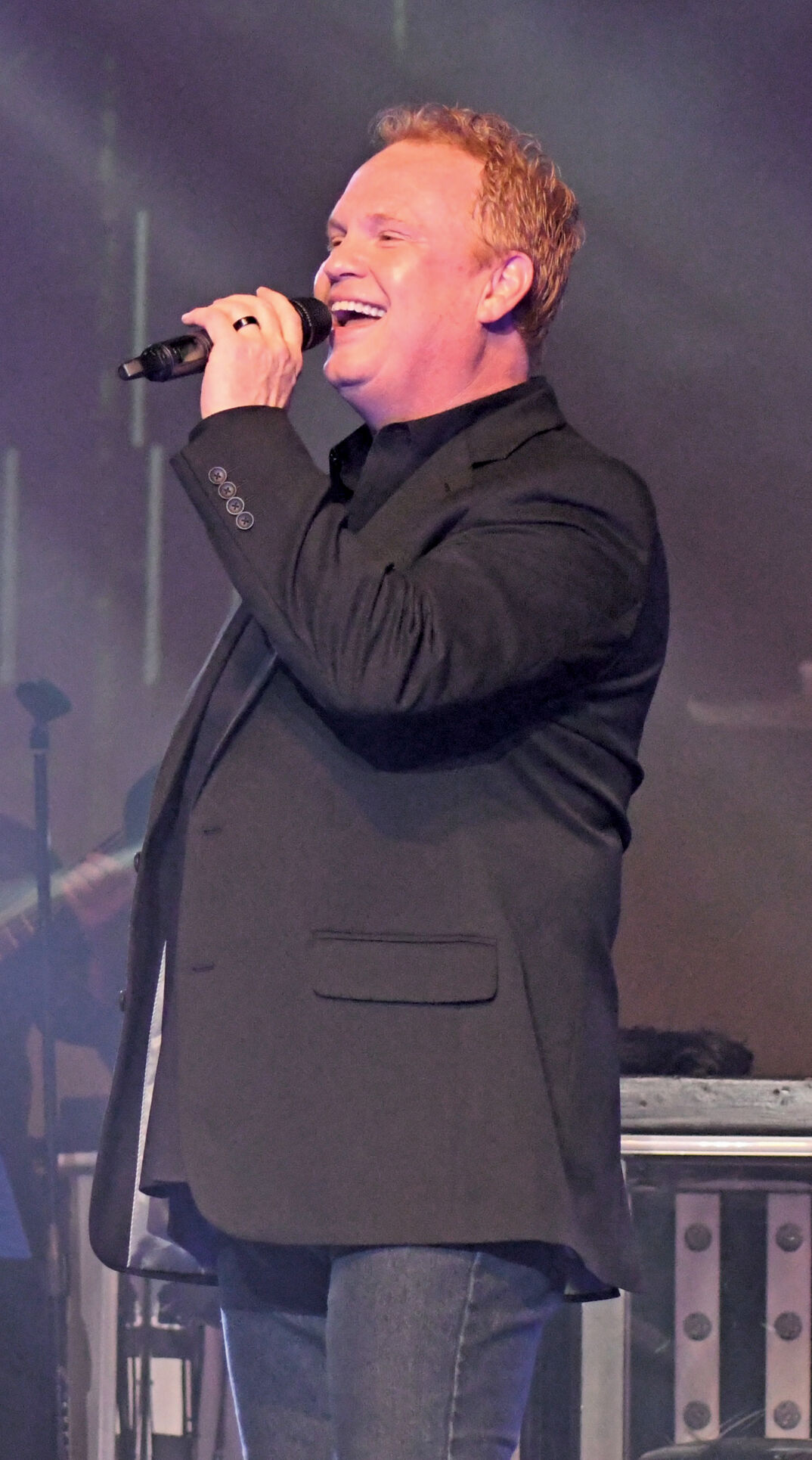 Travis Spratt performs a solo number at the start of the show. 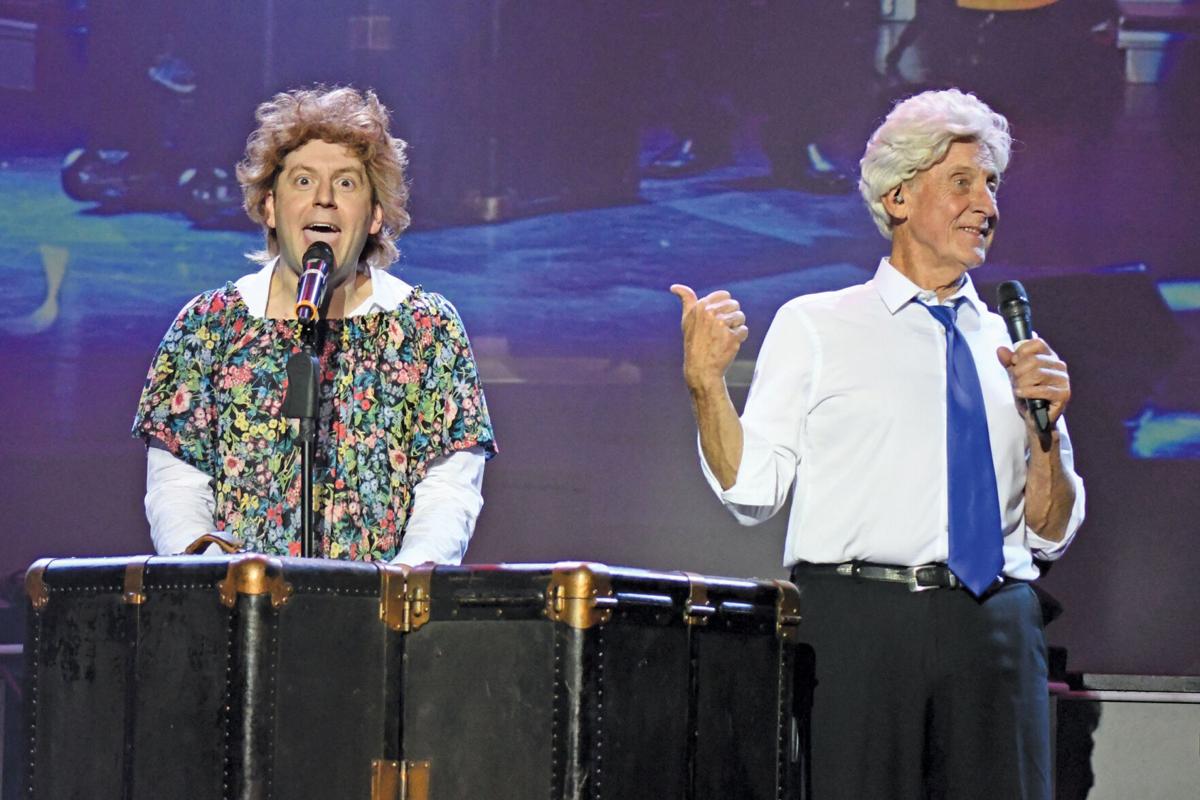 Matt Gumm and Thomas Gumm sings a song as Archie and Edith Bunker. 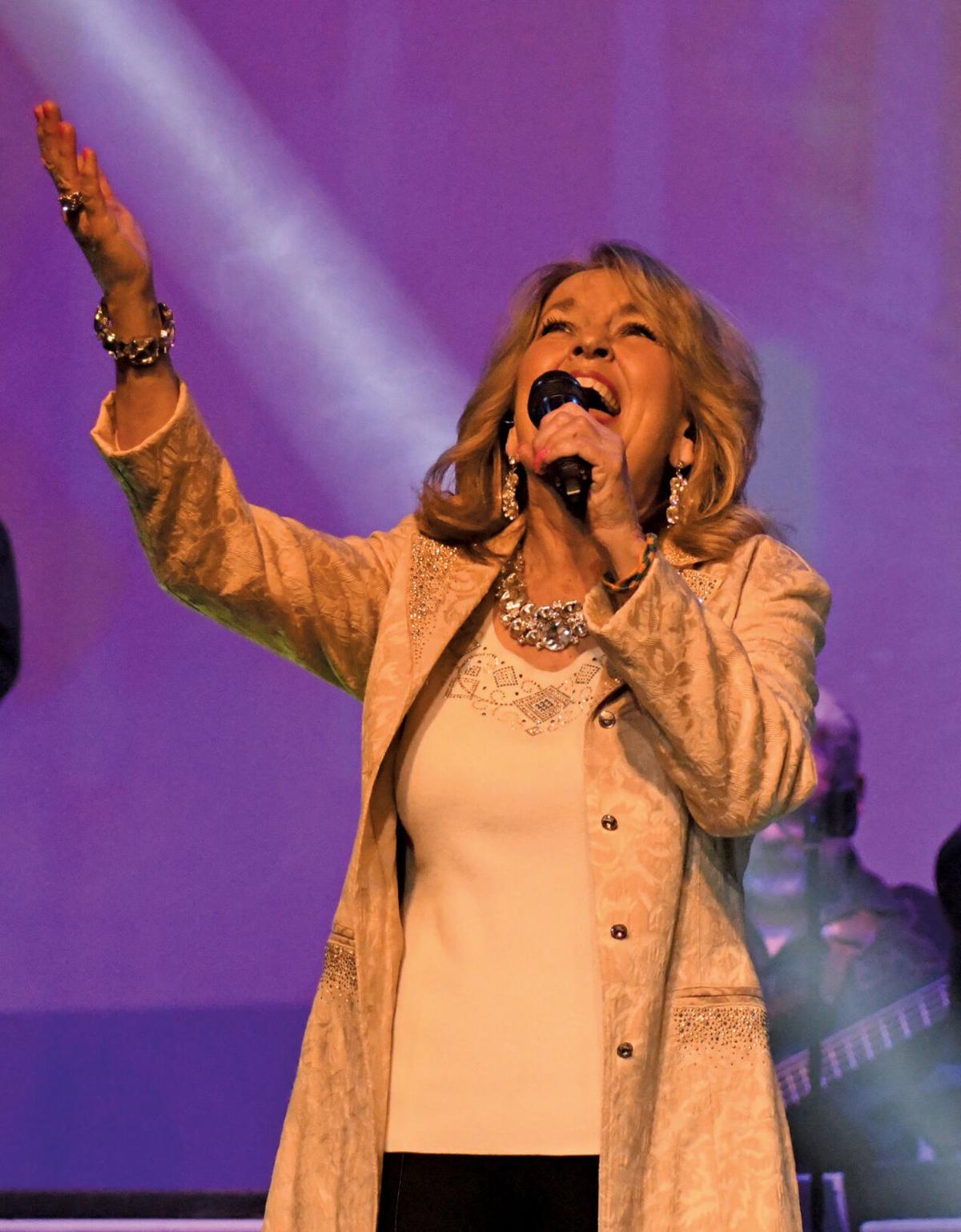 Sandy Gumm sings a gospel tune during the show.

During an impressions segment, Matt Gumm performs as Michael Bublé during the Matt Gumm and Company show.

Matt Gumm and Company is performed at the Clay Cooper Theatre and is offering five more performances in 2021.

Thomas ‘Gabby’ Gumm invites his old friend Bob Cobb onto the stage to showcase his dance moves in the show.

Sandy Gumm showcases her excitment during the show.

Matt Gumm brings Johnny Carson back to the stage with an impression of the late night talk show host.

Jamie Gumm performs a song during a tribute segment as Aretha Franklin.

Travis Spratt performs a solo number at the start of the show.

Matt Gumm and Thomas Gumm sings a song as Archie and Edith Bunker.

Sandy Gumm sings a gospel tune during the show.

With one show already in the books, folks still have five chances to take in one of the remaining Matt Gumm and Company 2021 show specials.

Hosted by the Clay Cooper Theatre, Matt Gumm and Company features the talents of longtime Branson Comedian, Vocalist and Musician Matt Gumm in a production unlike anything else in Branson.

The show is very much a family affair as Gumm is joined on stage by his father, Thomas ‘Gabby’ Gumm, his mother, Sandy Gumm, his sister, Jamie Gumm, and his best buddy Travis Spratt. The featured artists on stage are also joined by the Country Express Band, which is led by Gumm’s father-in-law, Music Director HP Harrell.

Additionally Gumm’s wife, Katie Gumm, serves as co-producer of the show. Katie explained their show is a variety show, featuring a blend of both great music and comedy.

“The first half is really focused on country music, so we’re doing lots of country music; kind of down through the decades. Some older country, newer country and we’ve brought in an additional musician for our first half. If you’re going to play in Branson, you’ve got to have a fiddle in the band, so we’ve brought in Cortlandt Ingram to play fiddle with our band in the first half since we’re doing lots of country,” said Katie. “Then in the second half we’re doing a lot of rock ’n’ roll and retro music, so we have added three brass players to our second half, which is really excited.”

When it comes to the comedy, Katie said audiences are not going to want to miss out on what they have planned for this year.

“You can’t have a Matt Gumm show without a lot of comedy, so we basically guarantee a good belly laugh every five to 10 minutes in this show,” said Katie. “Matt’s really proud of a particular comedy bit that he’s doing this year that involves some celebrity impersonations. It’s really special.”

Matt Gumm and Company made its Branson debut back in 2019. For folks who have caught the show the past couple of years and have plans to see one of the shows again this year, Katie said they’ll be treated to a lot of new material.

“I say our show is roughly 95% different this year, which is a lot. To flip a show that much it’s quite a bit of an undertaking. We wanted to bring something different, especially since we’re only doing a limited number of days. We hope that those who love Matt, the fans and the friends, will come back and see us, so we want to have something new to give them,” said Katie, “We have a couple of fan favorites that we’re including from last year, but it’s pretty much all new, so we’re excited for people to see it.”

Born and raised in Lake of the Ozarks, Matt Gumm grew up performing alongside his parents in their shows at the Main Street Opry. Katie shared approximately 15 years ago, Matt came to Branson on the invitation of Clay and Tina Cooper, who saw Matt performing during a vacation to Lake of the Ozarks.

“They were very intrigued by Matt, being a jack of all trades. Being a musician, vocalist and comedian,” said Katie. “They came back to Branson and gave Matt a call and said, ‘Hey, we’re getting ready to start our own thing here in Branson, Clay Cooper’s Country Express, and we would love to see if you would like to be a part of it.’”

Katie said she was first introduced to Matt when she saw him on stage in Branson.

“My dad, RP Harrell, is the musical director and production manager at the Clay Cooper Theatre,” said Katie. “I went to the show opening night to see my dad and ‘Oh, there’s a new guy in the show, Matt Gumm.’ The rest is history at that point. I meet Matt through the show, and through my dad, and we’ve been married, this year will be 12 years. Now we get to work together, putting his shows together and it’s a pretty special thing.”

As the world begins heading toward, hopefully an end to the pandemic, Katie said people need the chance to laugh.

“We definitely consider ourselves lucky, privileged and very blessed. We hope families are blessed by our family and we’re excited we get to bring them this really special show. We need laughter now more than ever I feel like,” said Katie. “That is something you’re guaranteed every five to 10 minutes you’re going to have a good belly laugh in this show. Great music and lots of great comedy. We hope people come see us.”

Due to the effects of the pandemic, Matt Gumm and Company only had the chance to host a handful of shows in the final few months of 2020. This year, Katie said they’re really grateful that they’ll be able to have performances throughout the entire Branson show season.

“From what I can tell, and from what I see, Branson seems to be booming right now. The strip is busy. People are coming to town. It’s really exciting. We are grateful that we get to launch our show during the busy season,” said Katie. “(We had one show in April), we’ve got another one the end of May, we’ve got one in the summer and then we’ve got a couple in the fall and then one at Christmas. That was sort of our intention, was to hit all the different seasons that bring all the different folks to town and make these dates available to everybody and try to hit those key groups that are here throughout the season.”

Katie said she thinks their production is extra special and that’s due to the family dynamic of the show.

“There’s nothing like doing something you love with your family. Matt attributes his upbringing, his ability and where he’s at in his career, completely attributes that to his parents. He grew up watching his dad do comedy and he grew up watching his mom sing and play instruments, so he was incredibly inspired by his parents,” said Katie. “To have it come full circle where Matt can headline his own show and bring his parents into the mix as well as his sister and my dad being the production manager, and the musical director of our show as well, it really is a family affair and there’s really nothing better than that.”

To reserve tickets for the show call 417-332-2529 or visit mattgumm.com or claycoopertheatre.com.