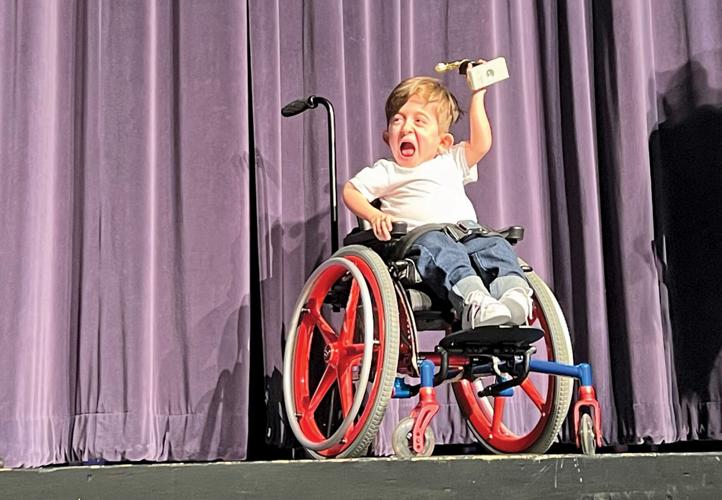 Bennett Stamoulis took home a win at the 2023 Talent Show. 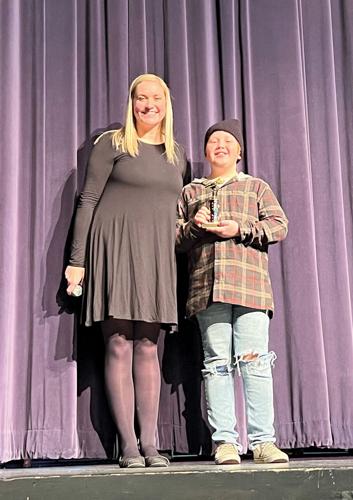 Chance Nobles took home a win at the 2023 Talent Show.

Bennett Stamoulis took home a win at the 2023 Talent Show.

Chance Nobles took home a win at the 2023 Talent Show.

Two Hollister students were recognized for their talents after winning the Hollister School District Talent Show on Friday, Jan. 13.

The talent show returned to Hollister after several years of being away, mostly due to the COVID pandemic. The 2023 show featured 21 Hollister Students, ranging from grades kindergarten to 12th grade, took to the stage to showcase their abilities in front of close to 200 attendees.

This year’s talent show can be credited to Hollister Middle School and High School Choir Director Lauren Reedy, who organized the return of the annual fundraising event. Tickets for admission into the talent show were $5 for adults and $3 for students and senior citizens. Reedy explained the funds raised during the show will benefit the Hollister Choir Department.

“The show choir and the marching band are currently working on a trip to Disney World during spring break,” Reedy said. “So we are using every opportunity we can to fundraise money to help the students get there. That is where the money this year will be going.”

As part of the evening of entertainment, The Blue Harmony Show Choir also performed their show “See Me In A Crown.” This performance was their first and only public performance before the group travels to Mt. Vernon on Saturday, Jan. 21, for their first competition of the semester.