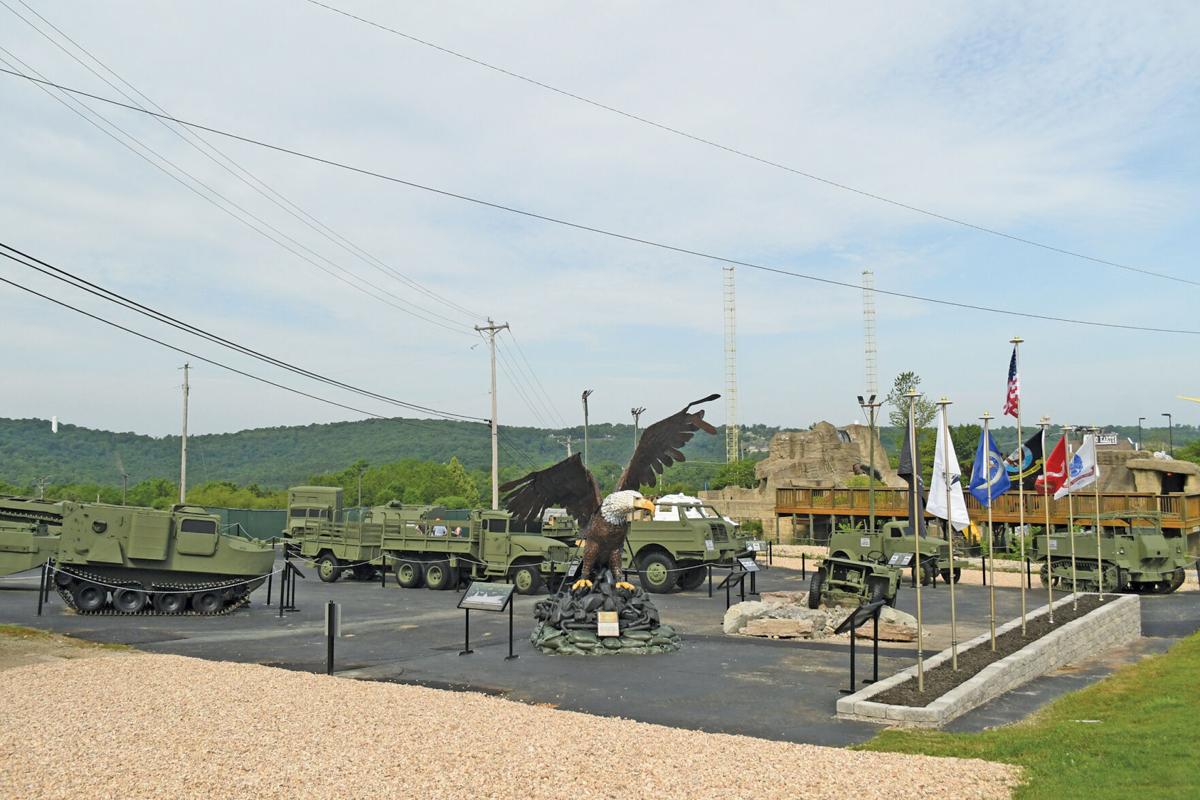 A total of 16 military vehicles are on display in this free, outdoor exhibit next door to Ripley’s Believe It or Not. 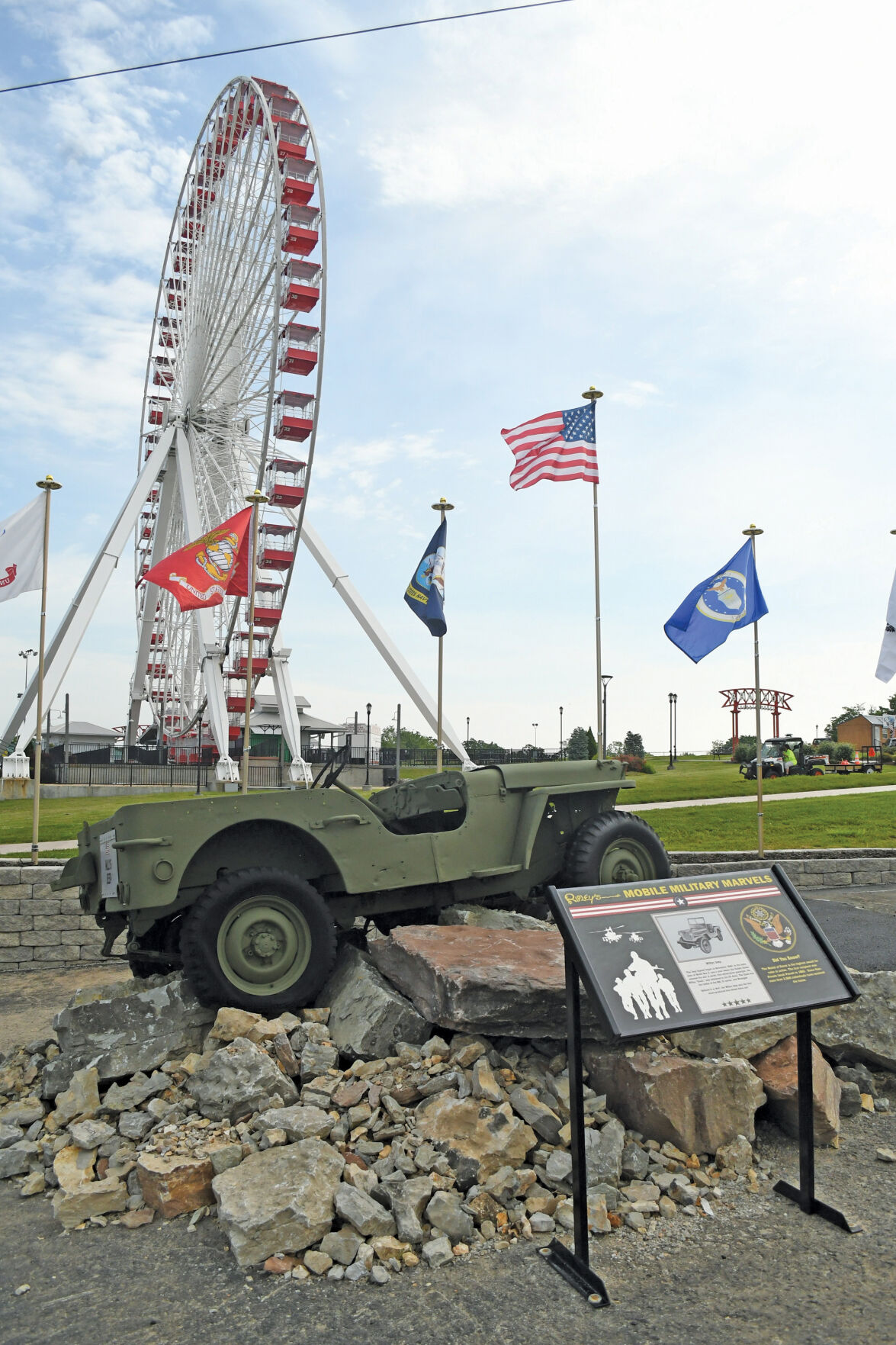 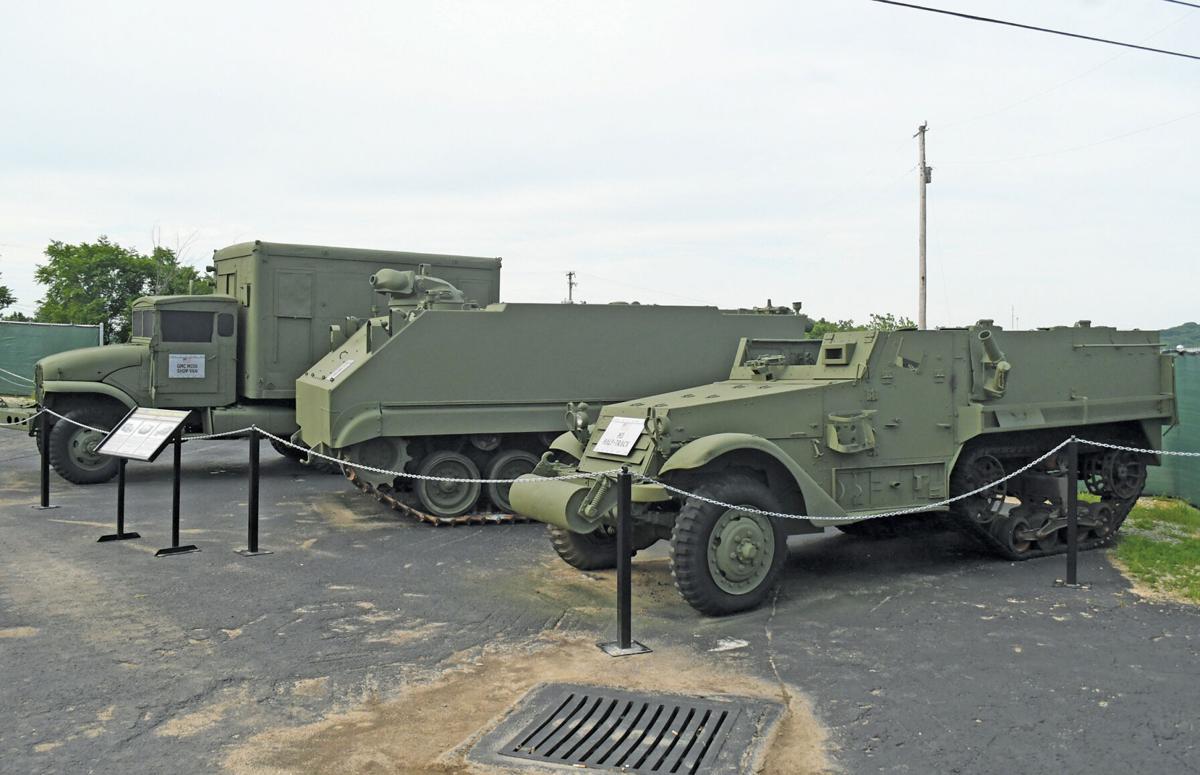 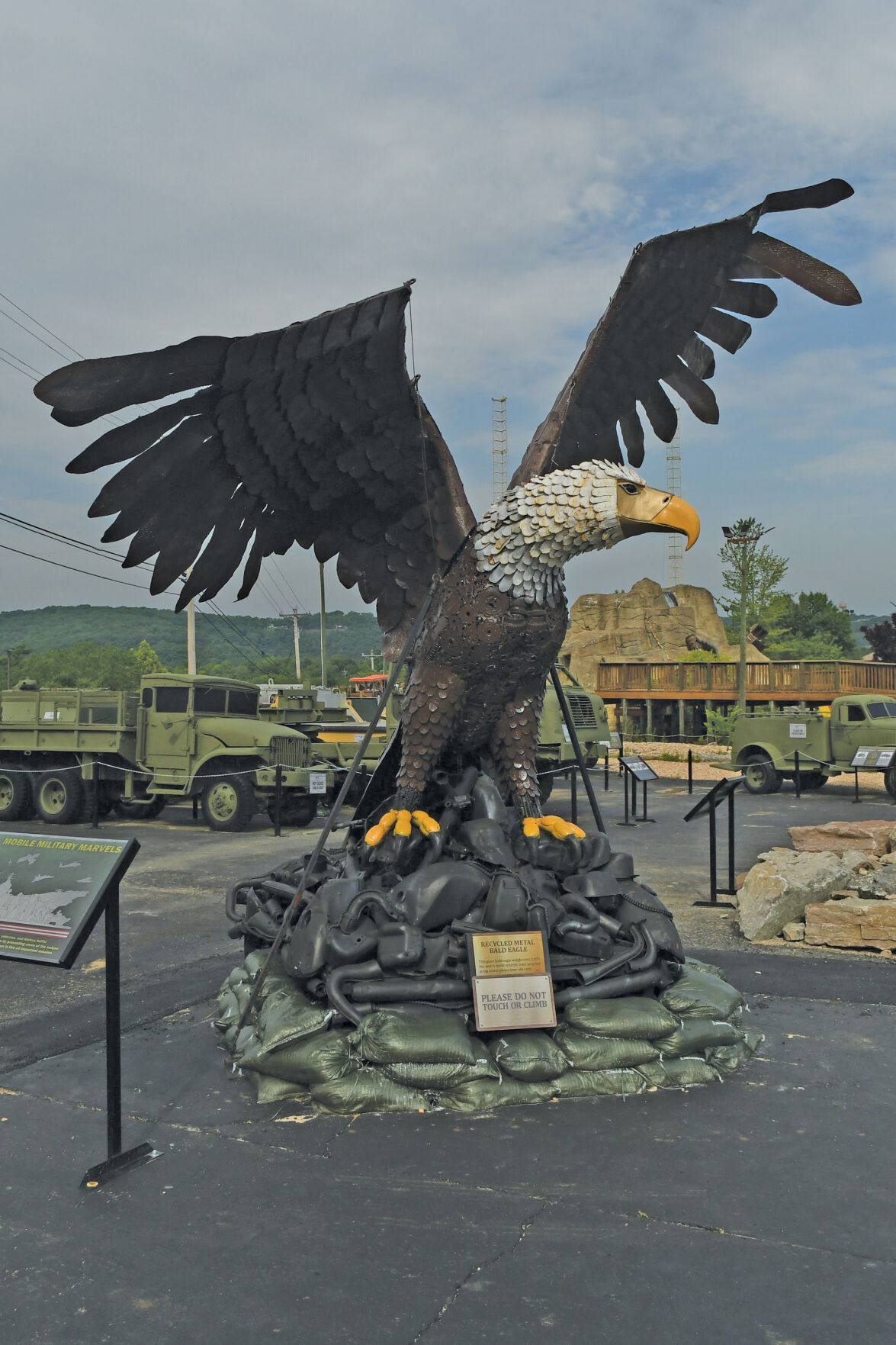 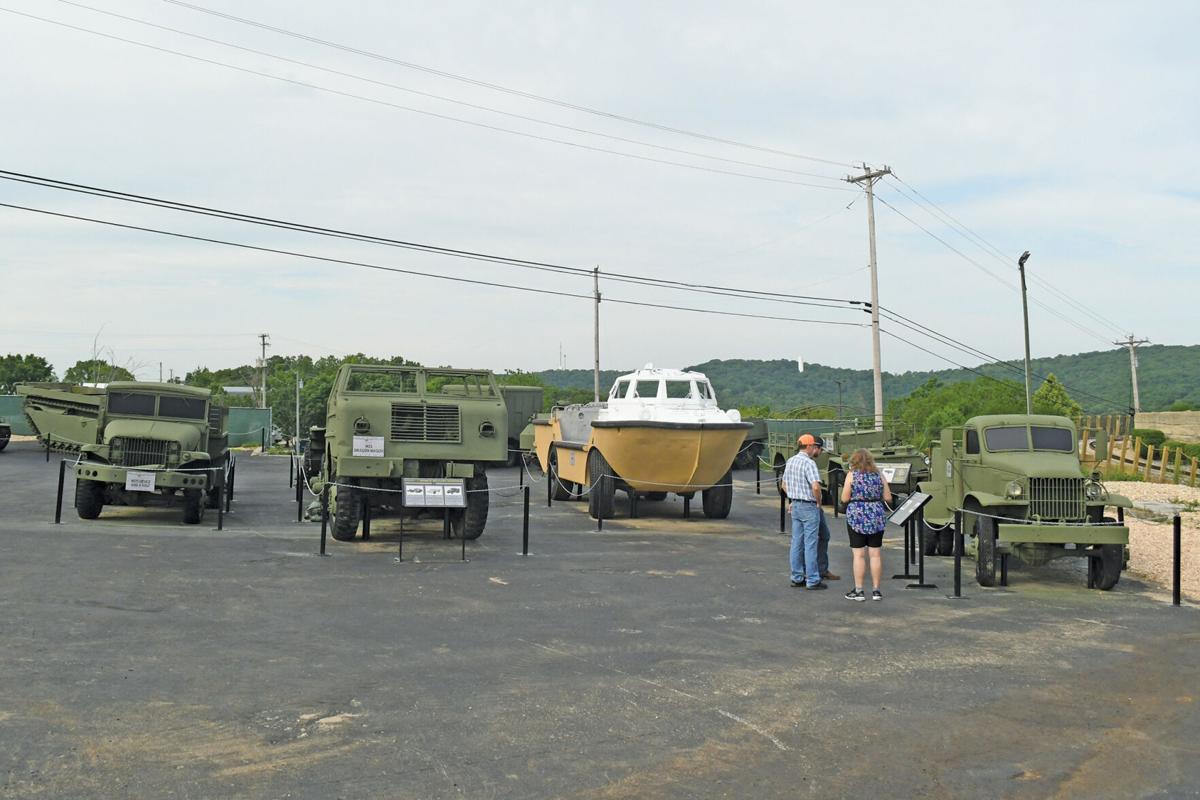 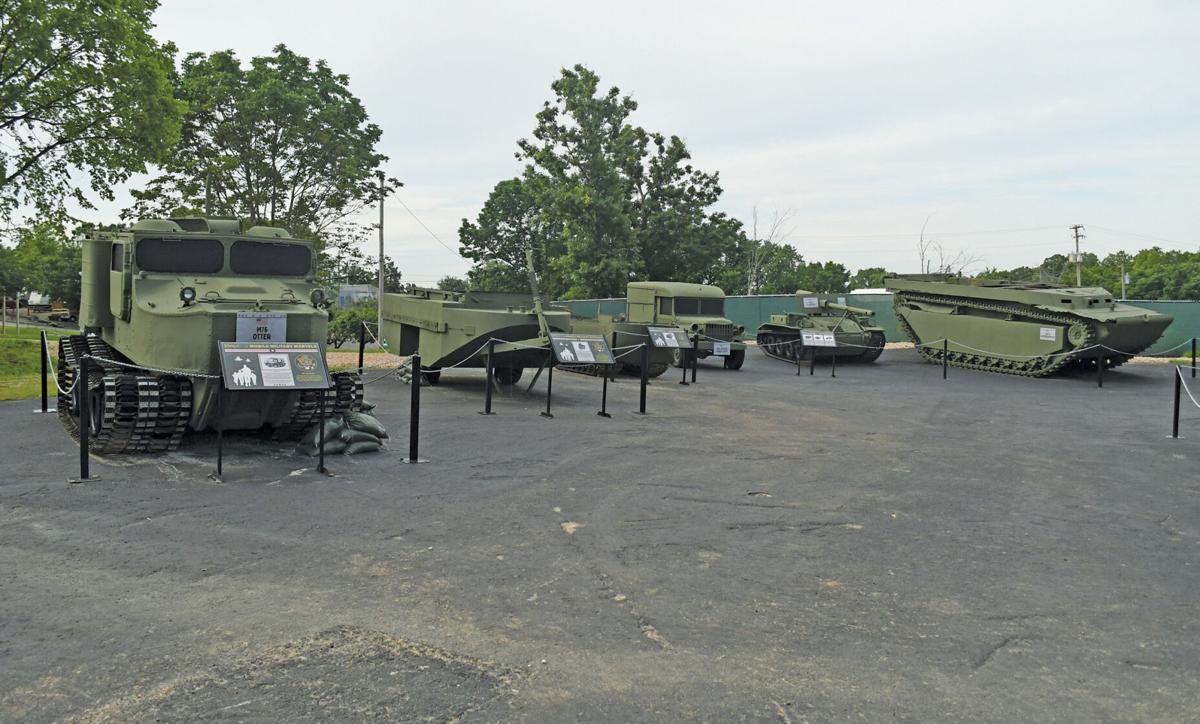 A total of 16 military vehicles are on display in this free, outdoor exhibit next door to Ripley’s Believe It or Not.

Just in time for Memorial Day weekend, Ripley’s Believe It or Not! Odditorium in Branson unveiled its new exhibit showcasing military vehicles and equipment used throughout history.

On May 25, Ripley’s Mobile Military Marvels opened to the public. The free, outdoor exhibit is conveniently located right next door to Ripley’s odditorium. The 16-unit display offers guests with a historical look at some of the vehicles that were used in combat by the various branches of the United States Armed Forces since World War II.

“We had some access to some old military vehicles that we thought would be really fun to display next to our believe it or not museum,” said Ripley’s Branson General Manager John Dixon. “It’s kind of an extension of what we call our art garden next door. It is free to the public to come in. We’ve got a couple of good photo ops, we’ve got a huge eagle made out of recycled metal parts and we’ve got flags for each branch of the military; including the Space Force, which is pretty neat. Basically it’s just a free walk-through tour. We’ve got little show cards describing the vehicles and it’s just our salute to servicemen who’ve severed our country and made a lot of sacrifices for us.”

The exhibit features the vehicles and their description, but also includes some unbelievable, but true facts such as:

—The M56 Scorpion, armed with a 90mm M54 gun and simple blast shield. The self-propelled tank destroyer was manufactured by the Cadillac Motor car division of General Motors;

—The LVT 4 Water Buffalo, designed in 1943, the LVT 4 was the first to feature a rear ramp for the unloading of personnel and cargo;

—The M76 Otter, made almost entirely of aluminum, this amphibious carrier was designed to carry cargo or personnel or up to eight troops over shallow rivers and swap terrain;

—The M25 Tank Transporter, this heavy tank transporter and recovery tractor was nicknamed the “Dragon Wagon,” because of the flames that would periodically burst forth from the truck’s exhaust.

Dixon shared that for anyone wanting to take a tour of the outdoor vehicle exhibit, they do not have to check in at the Ripley’s front desk first.

“They’re more than welcome to come check it out if they want. They can come see the believe it or not museum and then come over here, or come over here and go to the believe it or not, or just walk through this little exhibit we have,” said Dixon. “Come check it out. It’s really interesting stuff and it’s a good salute to our military members who have sacrificed a lot for us.”

Dixon said this is just a starting point as his plans include continuing to evolve the vehicle exhibit with some additional military pieces.

“We hope, in the future, to add additional pieces as we come across them and maybe make some different displays over here,” said Dixon. “We’re hoping it will be popular come Branson Veterans Week and that kind of stuff. We invite everybody to come on down.”

To go along with the new outdoor attraction, Dixon said they’re also going to be beefing up the inside of the museum with some additional military items.

“We’re going to make sort of a military gallery in there with some interesting pieces of memorabilia and recreations. Right now we have the USS Forrestal Aircraft Carrier (made of 48,000 match sticks) and we’ve got really cool paper-mache soldier that’s really neat looking,” said Dixon. “One of the pieces we have come across was a cannon shell casing that was on the USS Missouri. When we signed the treaty with Japan and the surrender that was held on the deck of the USS Missouri; that shell was on there when that happened, so that’s a neat believe it or not thing.”

As a special thank you, Ripley’s is currently offering a 30% discount for admission to their museum to active and retired service members and their families at the door.