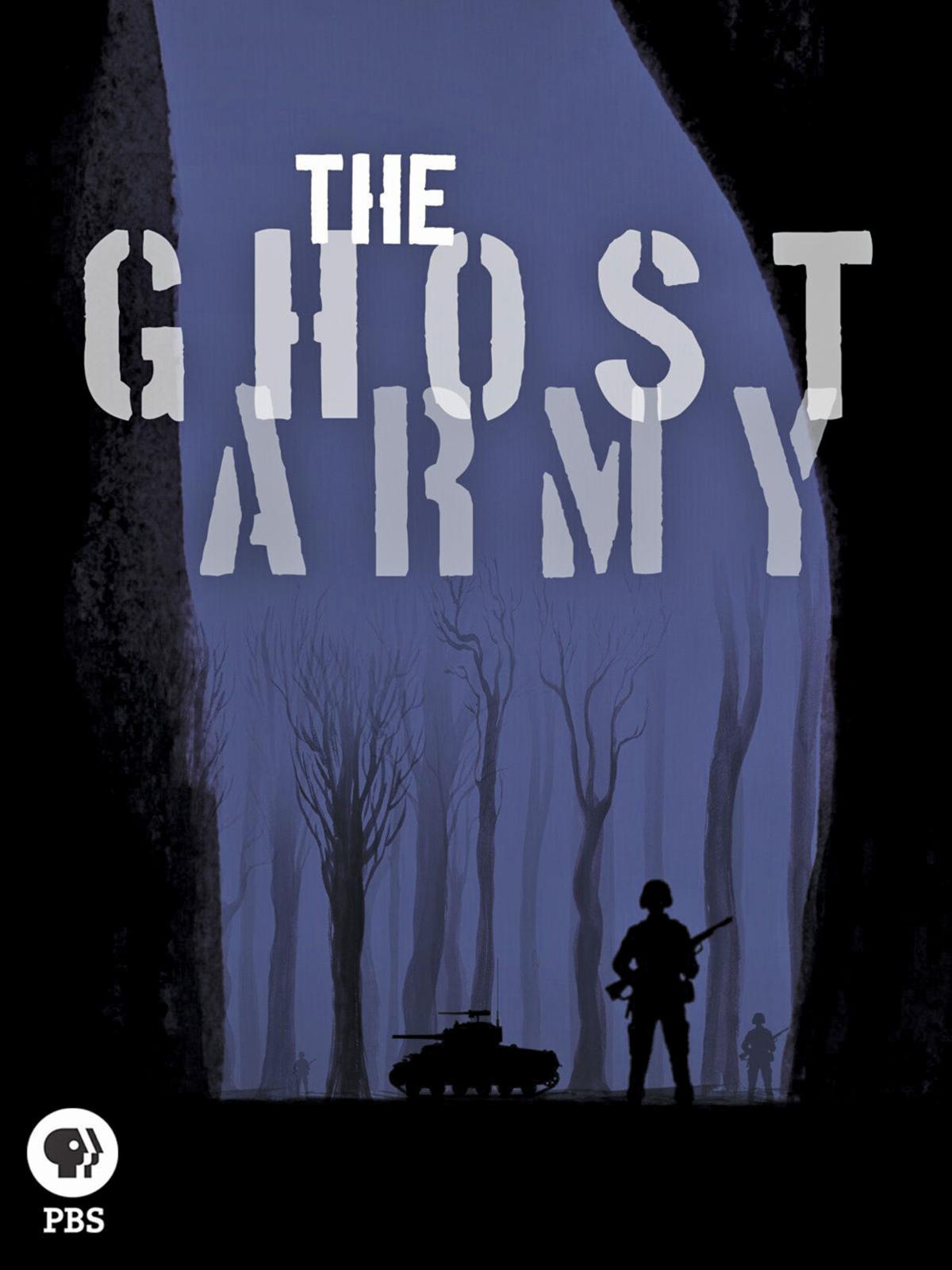 The Branson Imax is hosting a special screening of “The Ghost Army” documentary on Sunday, June 6. 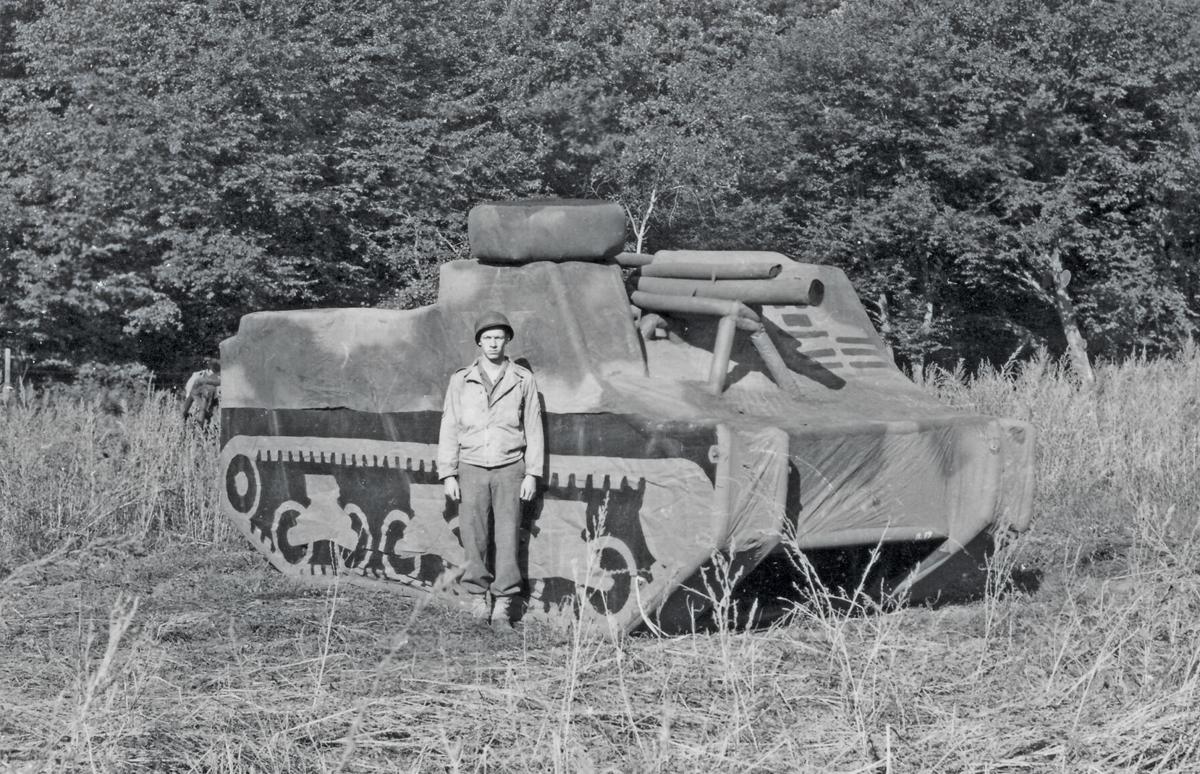 The Branson Imax is hosting a special screening of “The Ghost Army” documentary on Sunday, June 6.

“The Ghost Army” documentary is making its return to the Branson Imax Entertainment Complex for a special showing in honor of Ghost Army Recognition Day.

On Sunday, June 6, the Branson Imax will host the 11:30 a.m. event, which will feature a short program with several guest speakers in advance of the screening of the documentary, a Ghost Army exhibit and a reception afterward.

Ghost Army Legacy Board of Directors Member Carolyn Spence Cagle explained that during the war, The Ghost Army used inflatable tanks, sound effects, radio trickery and impersonation to fool and divert the enemy away from advancing troops.

“The Ghost Army was comprised of 1,100 men. Many were architects, artists or people that really had an innovative kind of spirit and experience. Many of the people that were a part of the Ghost Army, they were quite talented as far as their intelligence,” said Spence Cagle. “There were four different units as part of The Ghost Army. My dad was a member of the 603, which was the group that really focused on the deception for The Ghost Army.”

Cagle shared that her father’s unit specifically created deceptive messages such as signage and vehicle tags that represented non-allied activity.

“They created a lot of fake shoulder patches and impersonated German officers and Russians and that kind of thing in order to go into bars and really have conversations with people that represented the Russians or the Germans,” said Spence Cagle. “(They) would create rumors like, ‘These Russians or Germans are in our community,’ but indeed it was just all bogus. The guys were just trying to represent other units, rather than their own.”

The Ghost Army also includes two sonic units, who focused on fake radio transmissions, as well as a security unit, which was in charge of keeping the entire division safe. Although The Ghost Army was credited for saving an estimated 30,000 lives, their work during the war remained top secret until 1996.

“The Ghost Army really was kept secret for about 45 years,” said Spence Cagle. “My father, when he came back in 1944, basically was told he could not utter a breath or a word about what he did in the war. He never really talked about it, until one day he walked into his study and said, ‘I have just received notification that I am able to talk about what I did in the war.’ He went into a chest and pulled out these medals that he had received from the French government in acknowledgment of their gratitude for how many lives he had saved, along with his compadres during World War II.”

“Essentially the bill said citizens of this state are encouraged to participate in appropriate events and activities to commemorate the deceptive operations carried out by The Ghost Army that were essential to allied success in Europe during World War II,” said Spence Cagle. “We hope we can get Senators Hawley and Blunt or at least a representative from their offices to come (to the screening). Then we do have the Branson Mayor, Larry Milton, and I’ve invited other small city dignitaries in the area to attend as well.”

For a handful of years now, The Ghost Army Legacy Project members have been working to have legislation passed in congress that would award The Ghost Army with the Congressional Gold Medal. Spence Cagle said that in May those efforts took a big step forward.

“The U.S. House of Representatives passed the Congressional Gold Medal Act for The Ghost Army on May 18. Overwhelming the representatives supported that, but it took us five years to get to that point,” said Spence Cagle. “We’re now trying to get the senators support. Senate 1404 is the bill number and in the virtual lobby room we’re sending pleas to them to go ahead and support to co-sponsor Senate 1404. Then we’re providing information, supporting material that really supports the reason The Ghost Army deserves to have this medal. It’s ongoing. It’s a real significant push right now to get that passed by the Senate.”

Spence Cagle added that their personal goal and hope is to have the Senate pass the act by Veterans Day this year. Once the legislation has been completely approved, the actual gold medal for the Ghost Army would be displayed at The Smithsonian in Washington D.C.

While The Ghost Army Recognition Day event is taking place in Branson, the Missouri State Museum in Jefferson City will also have an interpretive display of The Ghost Army in the museum’s Veterans Gallery. The exhibit will include an honor roll spotlighting the Missourians who served with the unit and will run until the end of June.

“The Ghost Army” documentary was released in 2013 and directed and produced by Rick Beyer. Additionally Beyer co-authored of the book “The Ghost Army of World War II,” which he wrote with Elizabeth Sayles.

The screening of the documentary is free and open to the public, however attendees are asked to register online in advance for tickets at ghostarmybranson.eventbrite.com.