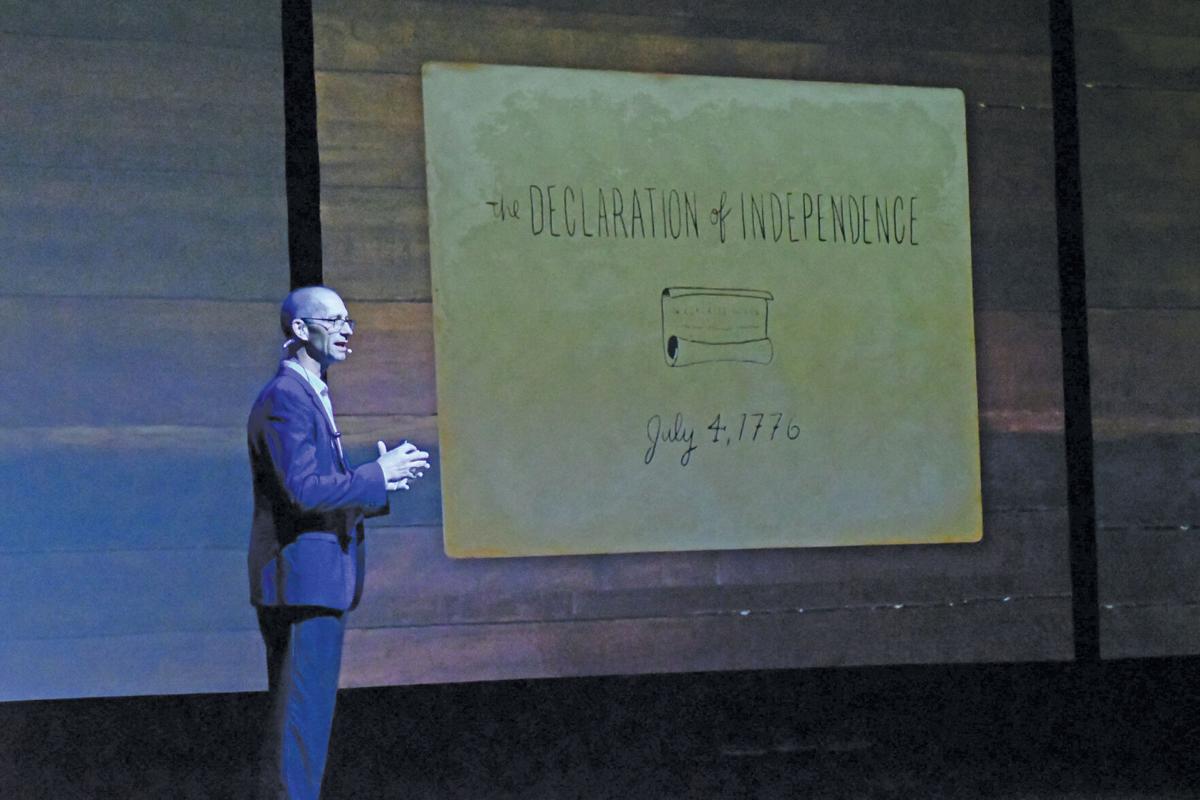 Darren Myers, director and producer of Freedom Journey, discusses the Declaration of Independence. 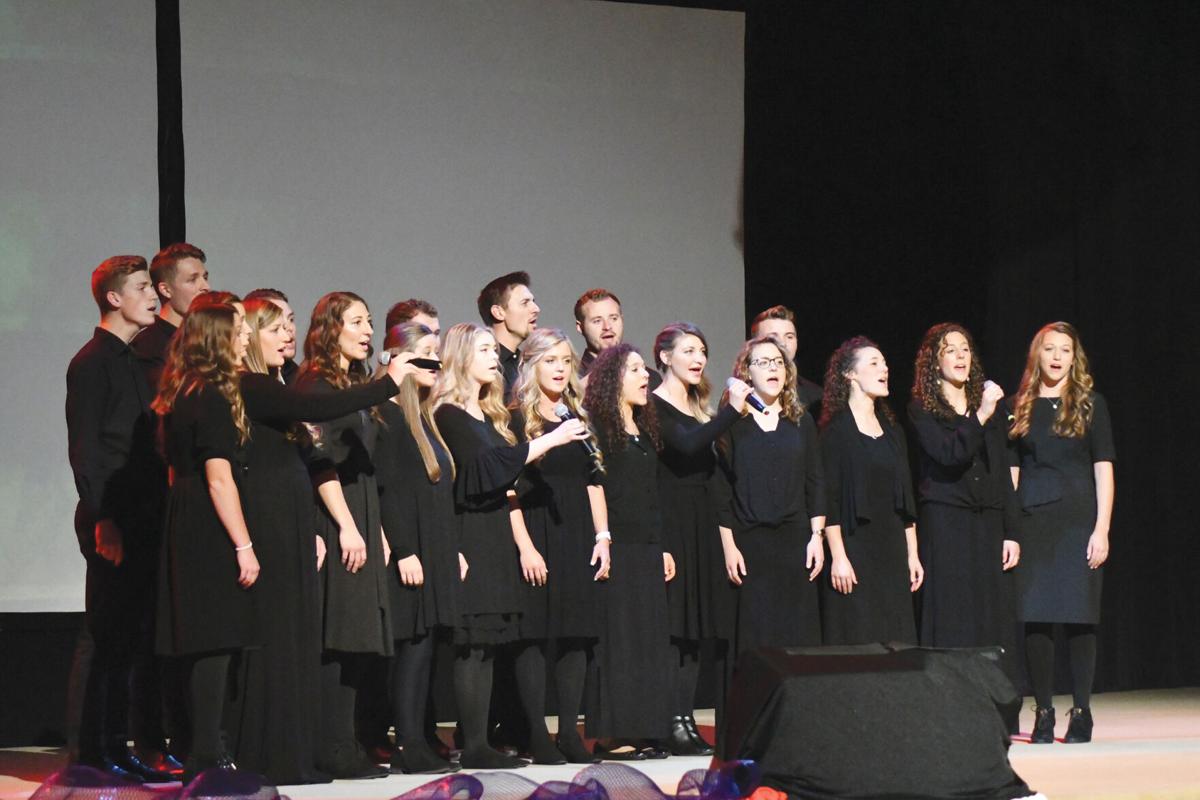 The Freedom Journey Young People’s Choir sings as part of the show on Saturday.

Darren Myers, director and producer of Freedom Journey, discusses the Declaration of Independence.

The Freedom Journey Young People’s Choir sings as part of the show on Saturday.

Freedom Journey, the story of tyranny, faith and freedom, took the stage over the weekend at the former Yellow Ribbon Theatre in Branson.

As one of the many events being hosted as part of the 2020 Veterans Homecoming Week in Branson, the 4th Annual Freedom Journey show held performances on both Friday, Nov. 6 and Saturday, Nov. 7. For the show, Freedom Journey uses the story telling methods of monologuing reenactors, a full choir, individual singing performances and videos shared on a 42-foot widescreen to tell the story of how the combination of tyranny, faith and freedom resulted in the founding of America.

Throughout the show, Freedom Journey Director and Producer Darren Myers also comes onto the stage to share different pieces of history and fact to help the audience better understand the importance of both tyranny and freedom.

“We’re trying to reconnect modern Americans with history and the birth of America. We use a lot of quotes from the founders and those who have gone before us to tell the story. We spend some time talking about tyranny, because you really can’t appreciate freedom unless you stop to consider the tragedy of tyranny,” Myers said. “America was born out of tyranny and blazed a trail for other nations to throw off the tyrant and embrace a government of the people, for the people and by the people and literally change the world.”

On top of the message of tyranny and freedom, the show will also tell the story of faith and the direct effect it had on the foundation of the United States.

Myers explained during the show that they’re also working toward becoming a permanent fixture in the Branson entertainment industry at the former Yellow Ribbon Theatre.

The former Yellow Ribbon Theatre is located at 3220 Falls Parkway in Branson.