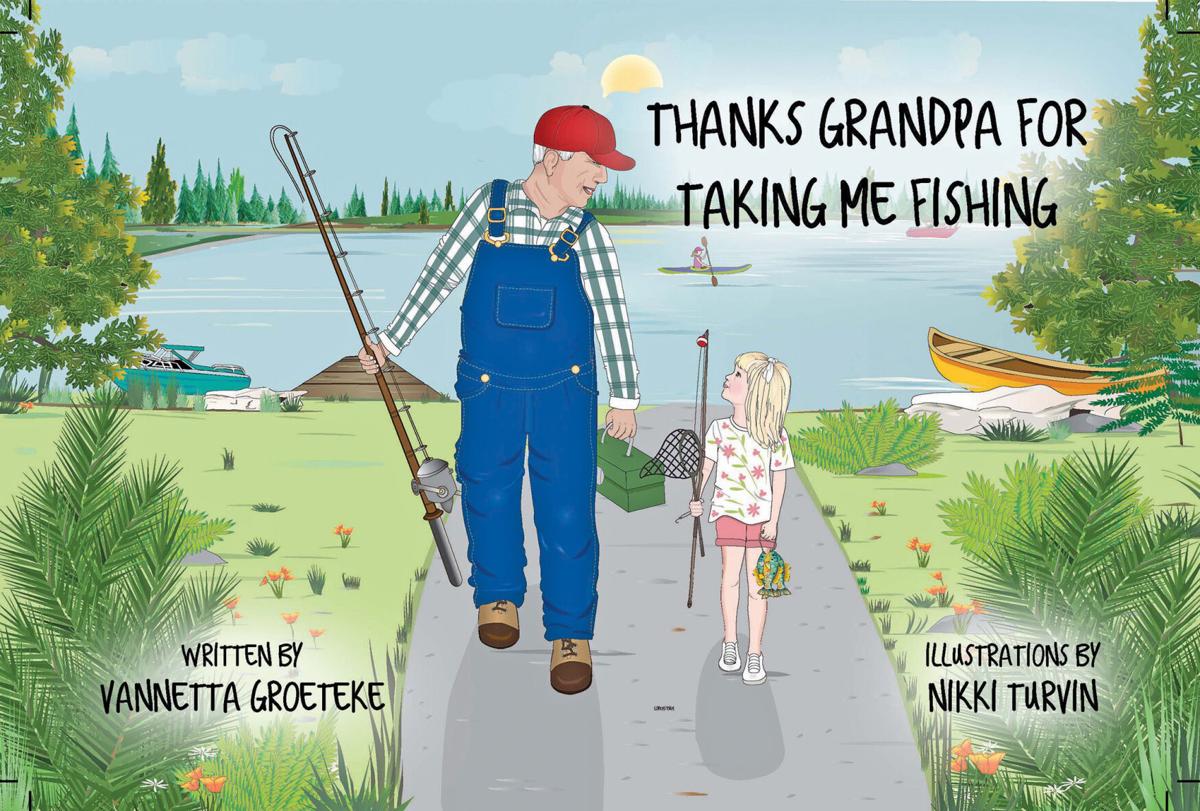 “Thanks Grandpa For Taking Me Fishing” was written by Vannetta Groeteke, a Reeds Spring resident, a professional bass fisherman and an official with Major League Fishing. 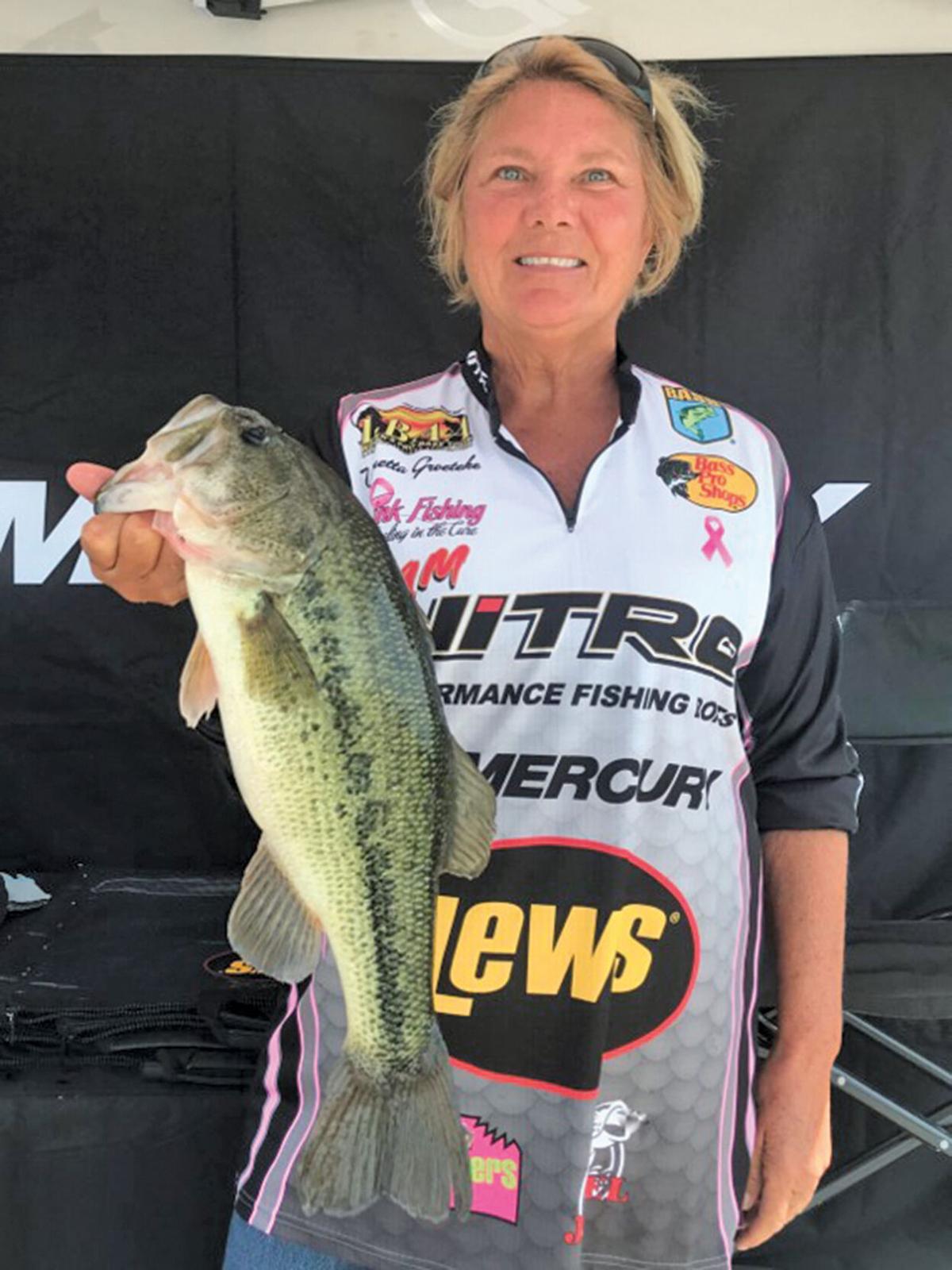 Vannetta Groeteke is the author of “Thanks Grandpa For Taking Me Fishing” and is a professional bass fisherman.

“Thanks Grandpa For Taking Me Fishing” was written by Vannetta Groeteke, a Reeds Spring resident, a professional bass fisherman and an official with Major League Fishing.

Vannetta Groeteke is the author of “Thanks Grandpa For Taking Me Fishing” and is a professional bass fisherman.

A Reeds Spring resident, and professional bass fisherman, has authored a new children’s book with the intent to donate all the proceeds to a local nonprofit organization.

Vannetta Groeteke, the author of “Thanks Grandpa For Taking Me Fishing,” is a retired grandmother to six granddaughters and has traveled the nation participating in bass fishing tournaments.

“I fish on a couple circuits. A couple of them are nearby here on Table Rock Lake, which I actually live on. I won the major championship in 2011 on Bull Shoals. So that is probably my claim to fame,” said Groeteke. “I won that championship competing against, initially you fish all year round, with a hundred or so people/men and then the top 30 go to the championship. Well I was in the top 30, I was the only woman and I won the championship as a co-angler.”

While she’s been more actively participating in tournaments in recent years, and is now even one of the first women officials for Major League Fishing, Groeteke said she’s been fishing professionally since her son began doing tournaments.

“When my oldest was 15 years old, he wanted to get involved in fishing tournaments. Well of course he couldn’t afford it, nor did he have a boat or a car, so I would take him around Missouri to these tournaments. Probably about the fifth or sixth tournament in he said,  ‘Mom, you know I’ve been fishing with these men, and I swear you’re a better fisherman than they are. You aught to fish with me.’ So I said, ‘Thanks Ryan, but there are no women that do this in our area.’ So I thought about it and I thought, ‘You know, I don’t care if there’s no women in there or not. Let me be one of the first.’”

Groeteke said “Thanks Grandpa For Taking Me Fishing” is a true story that takes place on Table Rock Lake when she was around age 6 or 7.

“I would go fishing with my grandfather and grandma and we would camp in his camper. So we were fishing one time, and as I was fishing there was this other little girl and her dad just down the ways a bit. She didn’t have a fishing pole and I was catching perch just one right after the other,” Groeteke said. “She got up close enough to me, and I asked her if she ever fished. She said, ‘No,’ so I said, ‘Do you want to?’ She said, ‘Yes.’ I told her to come up here and I put that fishing pole in her hand and I told her how to just lift it up, because it’s just perch. She flung that thing out on the water. After she caught one, so that was pretty funny, so ran down to her dad to show him.”

Groeteke explained that she selected this particular story to share after the memory of that little girl popped into her head while driving to a Major League Fishing event a few years ago.

“I thought to myself, ‘I wonder if I changed that little girl’s life by getting her active in fishing?’ Because I know that event changed my life,” said Groeteke. “It got me fishing more, and more importantly, I wanted to share the excitement of that adventure with a lot of other people, which I have done, which is why I did seminars for years for Bass Pro for women and children.”

For the pictures in her book, Groeteke teamed up with Illustrator Nikki Turvin of Licking, Missouri. The pictures inside the book are a combination of real life photos of Table Rock Lake and Turvin’s illustrations.

While Groeteke said she was excited to share this true story with readers, the real inspiration behind writing this book was to sell copies of a book that she could then donate the proceeds to the nonprofit organization Fish Tales.

“Fish Tales is an organization that’s headed up by JP Sell and his family. For years JP has promoted taking the handicapped or special needs as well as veterans fishing. What started this was, probably about 10 or 11 years ago, he developed a wheel chair that he would put in a boat,” said Groeteke. “He created a casting mechanism and this casting mechanism basically can be operated with your finger. By pushing one way, it will cast your fishing rod, and by pushing it the other way, it will actually reel it in. If a child does not have the ability to do it with their fingers, it also has a straw type mechanism that they can blow and suck on that will do the same thing.”

So far, many of the sales for Groeteke’s book have either been via Facebook or through her publisher Dorrance Publishing Co. Inc. Just ahead of Thanksgiving week, Groeteke said, her publisher took her book national.

“They sent it to like 300 other retailers. We’ve sent it to 20 libraries in the area,” Groeteke said. “I’m really needing help in getting it into retail shops and anywhere that can help me. I’ve got two or three that are helping.

“For retailers, I would come and do book signings. Just whatever it takes. I’m a retired person. I’ve devoted my next several months to promoting this book.”

For additional information on Fish Tales, visit their Fish-4-Tales Facebook page. “Thanks Grandpa For Taking Me Fishing” is available in paperback and hardback and is now also available as an Ebook.