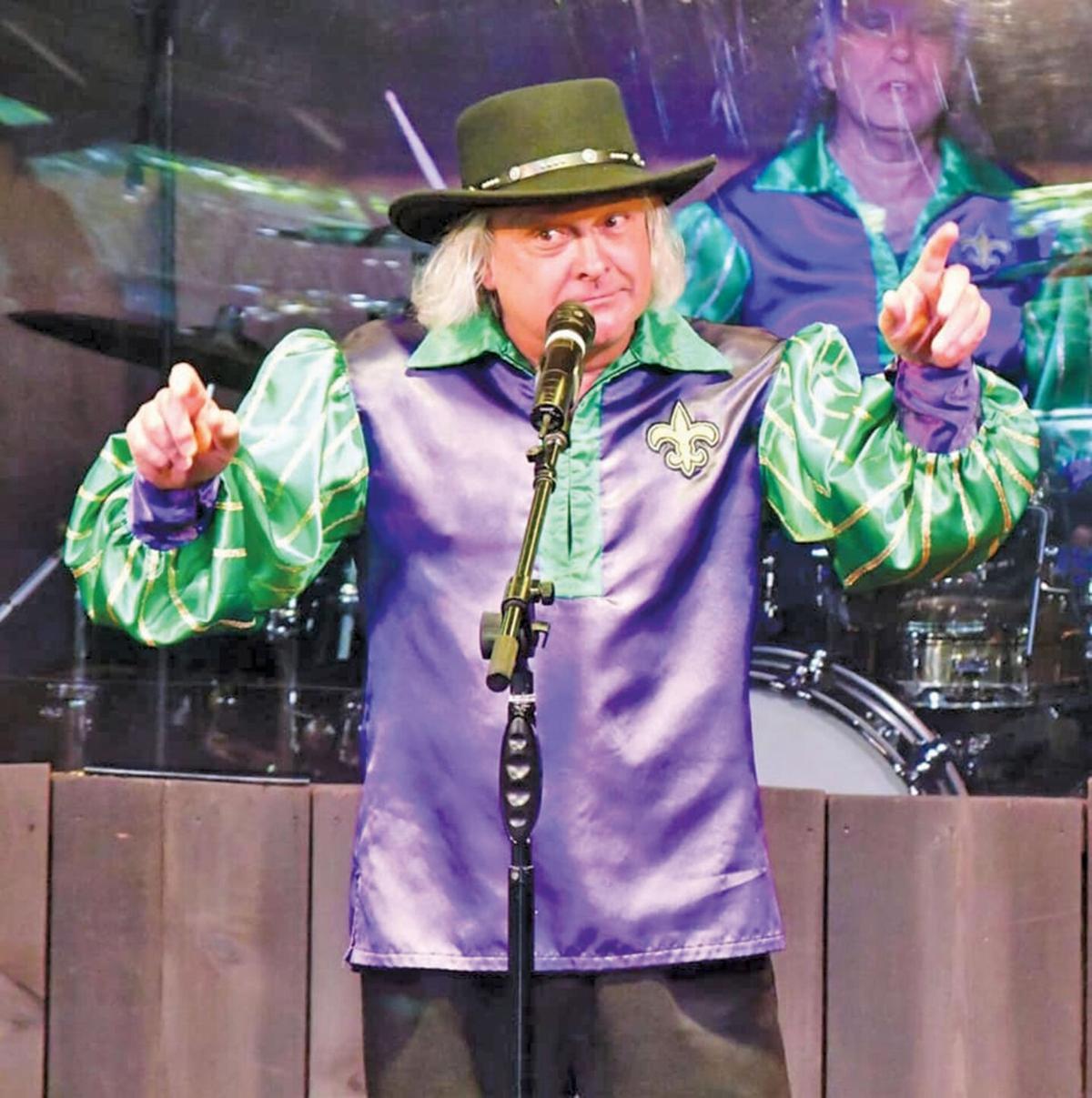 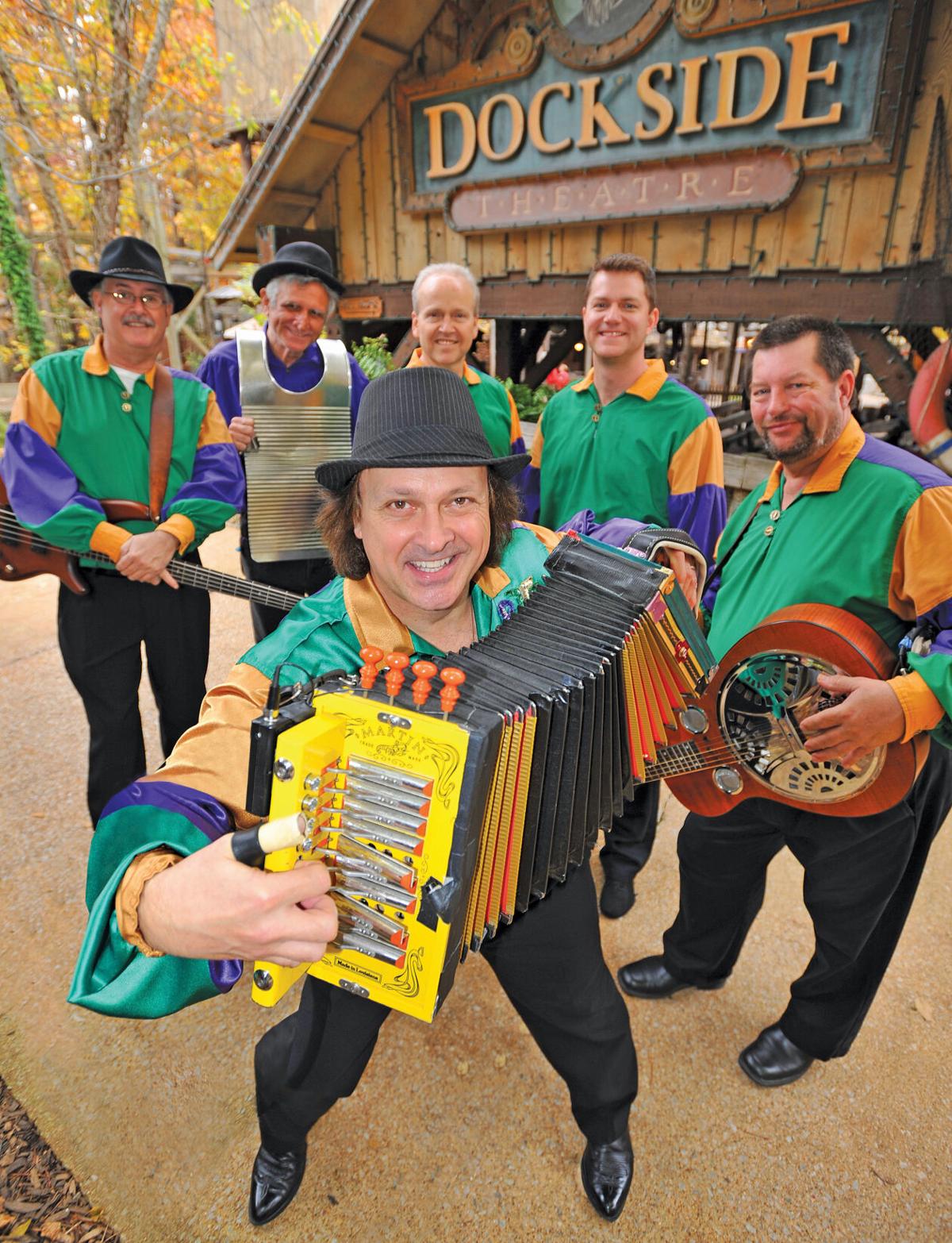 Cedric Benoit performed at Silver Dollar City for 30 years as a member of the Cajun Connection, from 1988 to 2018.

Cedric Benoit performed at Silver Dollar City for 30 years as a member of the Cajun Connection, from 1988 to 2018.

The entertainment community and beyond are mourning the death and reflecting on the life of Cedric Benoit, a longtime Branson performer.

Benoit, who passed away at the age of 62 on Thursday, Aug. 26, performed from 1988 to 2018 at Silver Dollar City as a member of the Cajun Connection. Following his time with SDC, Benoit remained an active member of the Branson community and entertainer.

Since his passing, friends, family, colleagues and more have taken to social media or submitted to the Branson Tri-Lakes News their memories of Benoit and/or their condolences for the family.

“Like many of you, I am stunned, destroyed, and devastated that this happened. My dad touched so many lives in 62 years and loved unlike anyone. He made me who I am today and I am proud to be his son. I ask that you please keep our family in your prayers as we deal with this.” —Luke Benoit

“Cedric was one of the all-time, most energetic, colorful and committed performers of Silver Dollar City. He created a huge following for the Cajun Connection over their three decades as resident entertainers. The audience would dance, clap, sing and cheer – and Cedric would keep them captivated with his Cajun lore, culture and spirit.” —Lisa Rau-Silver Dollar City

“Bidding a tearful goodbye to Cedric Benoit, leader of The Cajun Connection for over thirty years. What a big heart he had, and such a good man! He loved everyone. Cedric was a powerful dynamo on stage and off, with huge energy and never ending creativity. The way he played the squeezebox, the way he stomped his feet, the emotion he pulled out of song lyrics, many of which were his original compositions. If your band ever played the same stage as Cedric’s band, you better bring your A game, because he had his. My condolences to Cedric’s family and friends, and the accomplished performers that were members of The Cajun Connection. He sure missed his mom and dad, and now they are reunited. Rest in peace, old friend!”

“He had the heart of a true entertainer and the energy to perform like no other. Gone much too soon. So many songs left unsung. It was an honor sharing a stage with him and the Cajun Connection for many many years. Praying for the friends and family of Cedric Benoit. May he Rest In Peace.” —Louis Darby

“Laisse les bons moments rouler mon ami jusqu’à ce que nous nous rencontrions à nouveau. Lost a Great Friend Last night. He was the Hardest Working Showman I have ever known. His work ethic was 110% all the time. And His service to his country, so many stories, so many shows, he was still in the studio working on new material, songwriter writer/ performer/singer, Dad, Marine, Veteran. Let The Good Times Roll!”

“I am saddened to hear of the passing of my friend Cedric Benoit,” said Mayor Larry Milton. “Cedric had a larger than life personality and brightened every room he walked into with a “Laissez le bon temps rouler” or “let the good times roll” for those of us who weren’t as fluent in French as he was. His engaging personality and contagious smile will be greatly missed. Repose en paix my friend.”  —Branson Mayor Larry Milton

“A fellow Branson entertainer and dear friend has passed away, peace be with you Cedric Benoit. Our thoughts, prayers, and condolences to his family, friends, and legion of fans who were mesmerized by his energy & talent, his passion for music and generous heart! You have taken your last bow down here my friend.” —Terry Wayne Sanders

“My heart is so broken. We lost one of the kindest, sweetest, and talented people in our community. Cedric Benoit was the most loyal friend a girl could have. If you were lucky enough to have him as a friend you knew he would defend you with all his might no matter what.” — Karen Best

“He was an entertainment powerhouse and we learned so very much from him about showmanship back in the early days at SDC. He will live on as a Branson Legend forever! He recently came to the show multiple times and he was just so proud of all of us. Hug those you love right now Friends, you just never know what each day may bring. Godspeed Cedric.” — The Haygoods

“The Homestead Pickers mourn the loss of our friend and brother Cedric Benoit. He’s remembered as a friend, a co-worker, a first rate entertainer and musician and a brother in Christ. He and the Cajun Connection brought joy, happiness and the Gospel to hundreds of thousands, if not millions, during their time at SDC.” —Walter Morrison

“Always so upbeat and positive. He truly loved his family and friends. I’ll miss him at my shows cheering the band on and I’ll miss him in the studio jumping up and down. Rest easy my friend.” —Sean Clavin

“Heaven gained a friend, great musician & family man. Prayers for Luke and family - unbelievable. Tell the people you love how much. You never know when God will call you home.” —Cyndi LeMaire

“We lost a dear Cajun friend Cedric Benoit. He was a joy to be around, a great musician, a huge Saints fan, and a good friend.” — Tanya White

“Cedric Benoit was the real ‘Cedric the Entertainer’ as far as I’m concerned. He will be greatly missed. Go with God my friend!” — Mike Kim McAdoo

“Rest in paradise my friend. You will be missed by so many. I’m so grateful for the times I spent with you.”

“Probably the hardest working entertainer I ever saw. He was true to his roots, and passionate about his songs. Loved working with him, and I will miss him so much. We had some great fun times. He loved his family so much, and now is with them in heaven. What a reunion that must be now, entertaining the angels.”

“Kaplan lost a great ambassador and dear friend last night in Cedric Benoit. He truly loved this community and each of you, more than you’ll ever know. RIP my friend, I will miss our chats, texts and visits. You will be truly missed.  I am really speechless and shocked, but I know your mother and father were there to help welcome you to heaven and that gives us all some comfort.” —Mayor of Kaplan, Louisiana Mike Kloesel

A celebration service in Missouri will be held at Silver Dollar City on Thursday, Sept. 2 at 6:30 p.m. at the Dockside Theatre, with gates opening at 6 p.m, according to his Benoit's son Luke.

I thank the Benoit family for allowing me to speak about my service with Cedric while serving with the Marine Corps Reserve infantry unit in Lafayette Louisiana. I was First Sergeant of the unit and Cedric was assigned to assist me in whatever needed to be done. We went to Twentynine Palms California desert, Mountain Climbing School in Bridgeport California and Marine Amphibious training at Coronado California with the Navy Seals. I can count three occasions where Cedric saved my life once and kept me from serious harm twice. Semper Fidelis and Rest in Peace Marine.