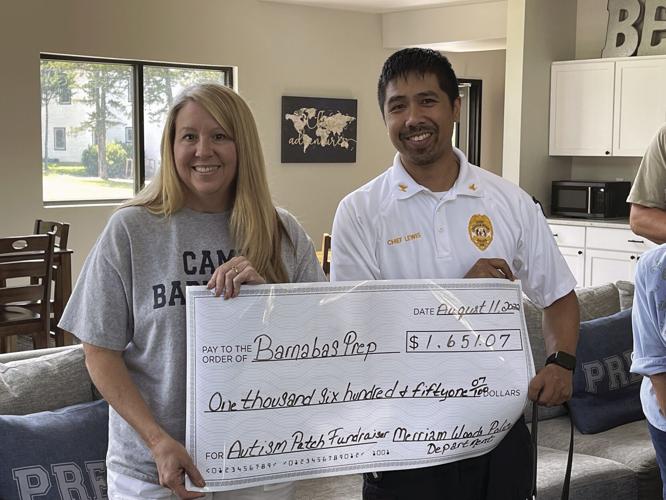 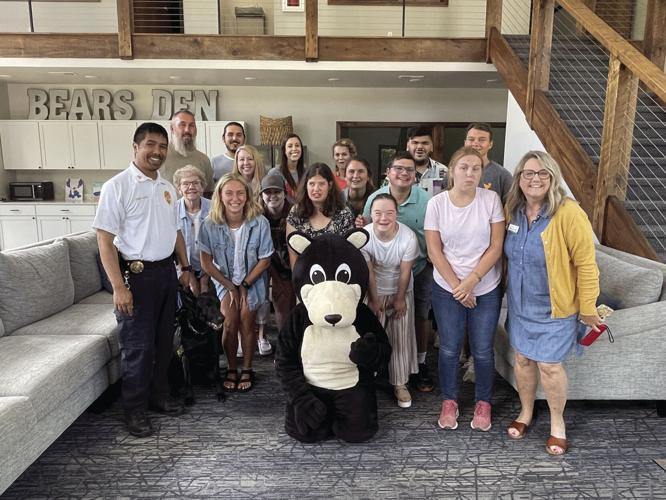 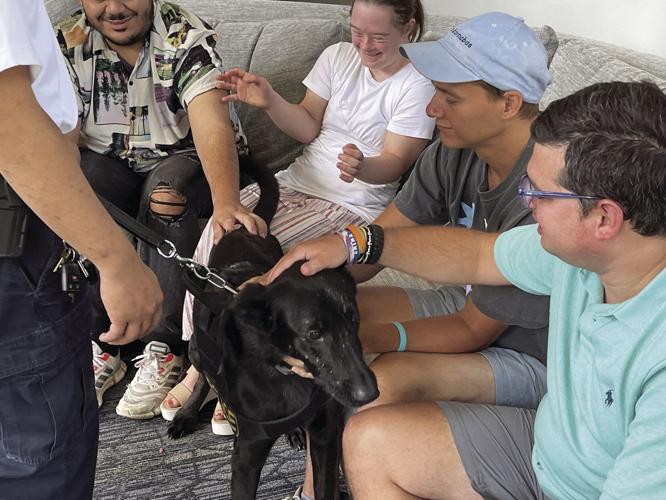 The police department in Merriam Woods is helping families in the area with special needs children through a unique fundraiser.

The department is selling special police patches, which use autism awareness month colors and contain a depiction of the autism awareness puzzle piece ribbon. All of the proceeds from the sale of the patches benefits Barnabas Prep, a school that teaches special needs youth life skills which can allow them some independent living.

“When I took over as Chief of Police one of the main things I saw was a huge disconnect between the police department in Merriam Woods and the public,” Merriam Woods Police Chief Nathan Lewis told Branson Tri-Lakes News. “In my way of thinking, to be successful as a police department, we needed to reconnect with the community.”

Lewis said he not only wanted to do things within the community of Merriam Woods, but to look at ways to help impact the surrounding community, because residents of the town work and spend time in Branson and other neighboring communities.

“I started thinking about Autism Awareness Month and how over the last few years many departments across the country have created special police patches to raise funds to help families with autistic children in their communities,” Lewis said. “So I started looking for organizations to support, and I realized national organizations have tons of support. I realized the Barnabas Prep organization could use the support to help local children and our community.”

Lewis said the fundraiser also had an additional purpose.

“I designed the patch, and began the fundraising efforts,” Lewis said. “I wanted people to see the city of Merriam Woods exists, that our department exists, and that we’re all about serving our community and helping people reach their goals and better them.”

Lewis said there is more to police work than what most people know or see in the media, and he wants people to realize his department is about more than just enforcing laws.

“I want to show people we are involved and care about the community and aren’t just waiting to write someone a speeding ticket,” Lewis said. “Now, that part of the job is important too, but connection with the community is more important.”

The fundraiser is special to Merriam Woods’ City Clerk Nicole Rodman, whose daughter is autistic and has cerebral palsy.

“My daughter Desi had to fight very hard to overcome the prognosis her many doctors gave her,” Rodman told Branson Tri-Lakes News. “Her father and I both learned how to communicate with how she communicated, and we watched her grow into a beautiful and kind young lady. Desi just turned 20, last May, and just finished a year at Barnabus Prep, to learn independent living skills. I am very proud of her.”

Rodman said her daughter had also attended Camp Barnabas two years earlier and called it “one of the best weeks of her life.”

Rodman noted a friend’s son, who has autism, recently returned from Camp Barnabas and said the experience was “life changing awesome.”

“Having life changing moments’ and living life to the fullest is sometimes a battle for these kids and when you find a place that offers both, it becomes very important for the community,” Rodman said. “This is such a wonderful way for Merriam Woods to be a part of it.”

Lewis went to Barnabas Prep on Thursday, Aug. 11, with the department’s K9 officer Zoey to present the school with the proceeds from the first five months of fundraising. Lewis spoke with the students about Zoey’s journey, her path from a shelter dog to police officer, and how she works to detect narcotics and track suspects who try to avoid capture by police.

Lewis presented Barnabas Prep staff with a check for $1,651.07. He said the fundraiser will continue until all the patches ordered by the department have been sold, and he is already working on a fundraiser for next year.

The patches can be bought for $10 each at the Merriam Woods City Hall or online for $12 (to offset the cost of shipping) by emailing info@mwmopd.org.