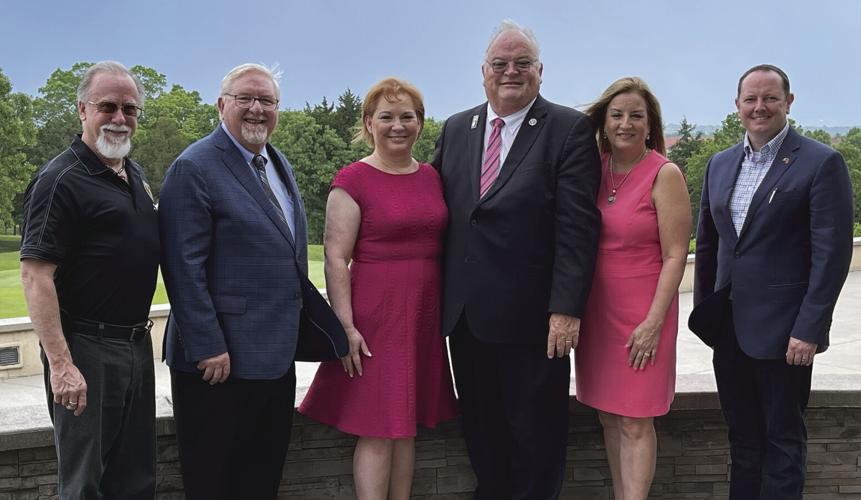 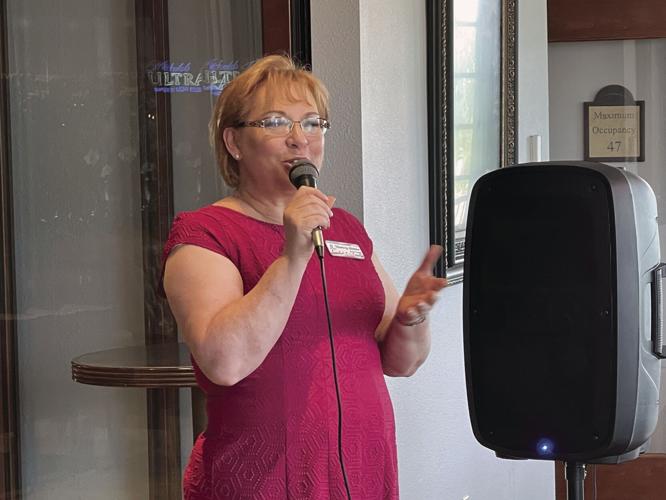 An organization who mobilizes moms in the political arena has announced they are moving their national headquarters to Branson.

Moms for America announced the move at a public gathering on Saturday, May 14. The organization’s President Kimberly Fletcher, said not only was the organization’s headquarters moving to Branson but she and her entire family would also be moving to the Ozarks.

“Everyone asks me why we picked Branson and I answer that God actually picked it for us,” Fletcher said at the event. “Once I got here, it was very clear to me why it’s Branson. I had always heard about the people and the community, then I visited last winter and saw even the Christmas decorations are patriotic!

“It’s a place where they love God, they respect family, they love freedom, and every single show has a tribute to the military! This is absolutely where we want to be”

Moms for America is a grassroots organization founded in Dayton, Ohio in 2004. The organization describes themselves as a “national movement of moms reclaiming our culture for truth, family, freedom, and the Constitution.” They strive to “empower moms, promote liberty, and raise patriots.”

“[Moms] are out there doing it effectively,” Fletcher said. “They’re hosting local and national political events, they’re running for office, they’re starting private schools, they’re hosting book clubs to get moms together. The coolest thing is that they’re all taking on things that matter most to them. They find what they’re passionate about and then we empower them to go out and get things done.”

Fletcher said one of the major people who helped bring her group to southwest Missouri was Congressman Billy Long, who is running for U.S. Senate, and was endorsed by the organization earlier this year.

Long said Moms for America is a political force, and noted a win in the Virginia governor’s race last year was significantly helped by the ground efforts of the group. Long told the gathering it’s people like Moms for America who will help save the country.

“Who is going to save America?” Long said. “Is it Billy Long? Is it Mitch McConnell? Is it Kevin McCarthy? Is it Jim Jordan? NO! It’s going to be the moms. The moms are fed up, and they’re not having it. In the Glenn Youngkin race in Virginia, the moms did yeoman’s work organizing and getting people to the polls.”

In addition to Long, two candidates to replace him as the Republican nominee for the 7th Congressional District were in attendance, Eric Burlison and Jay Wasson. Wasson told Branson Tri-Lakes News it means a lot to have an organization like Moms come to Branson.

“I think Branson couldn’t be a better place, the perfect place for this group,” Wasson said. “Kimberly’s excitement is infectious and I think there’s a huge future for the group here in Branson.”

Burlison said the group’s values and Branson’s are in perfect alignment.

“They’ve discovered what we’ve known all along,” Burlison said. “Our Godly Christian values, we love America, and an organization like this fits like a perfect shoe. They’ve discovered what so many of us know, there’s a huge difference between the east and west coasts and here in the midwest. When our neighbor is hurting, we help, because that’s what God taught us to do. We love God, we respect our parents.”

State Rep. Brian Seitz was also in attendance and told Branson Tri-Lakes News he will be working with the organization closely as they grow their roots in the community.

Fletcher said the group will be hosting national events in Branson, such as an annual convention, and will also be launching a new video podcast called The Mom View which will be recorded and broadcast from Branson. The organization currently has a podcast called the Moms for America podcast hosted by Debbie Kraulidis, which is one of the fastest growing podcasts on the Charisma Podcast Network.

The group will also be starting local “Cottage Meetings”, where moms gather together to talk about their communities and how they can work together to make things better. They hope to start groups in the Branson area by the fall.

Anyone who wants to know more about the organization can visit momsforamerica.us.