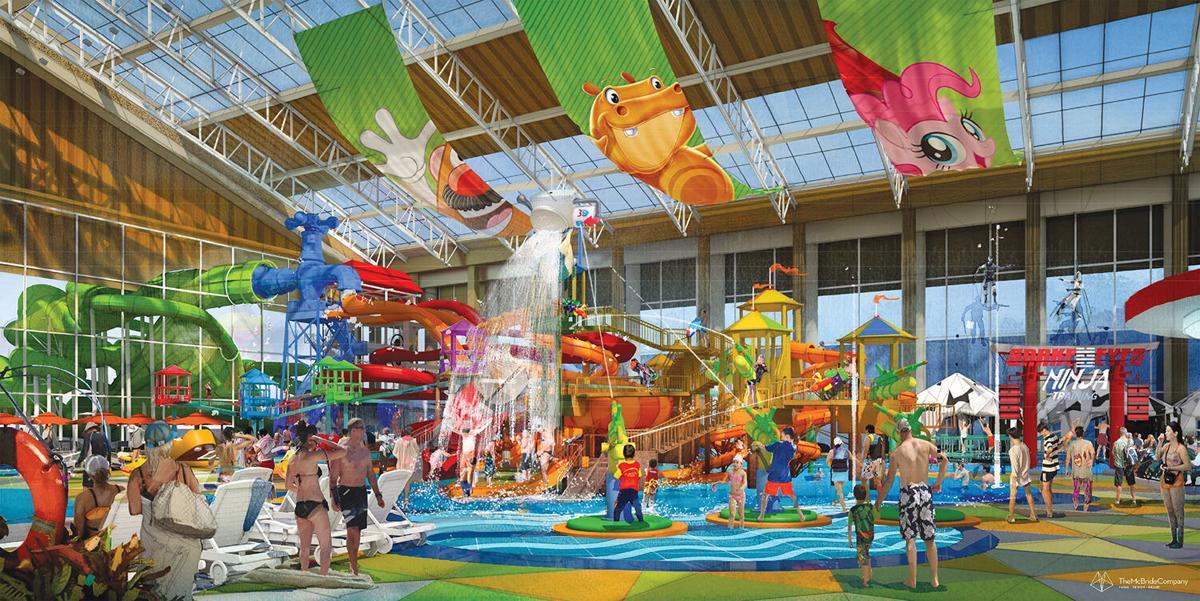 An artists renderings gives an idea of what to expect from a waterpark resort that will be developed in Hollister over the next couple of years. The development was announced Wednesday at Hollister City Hall. 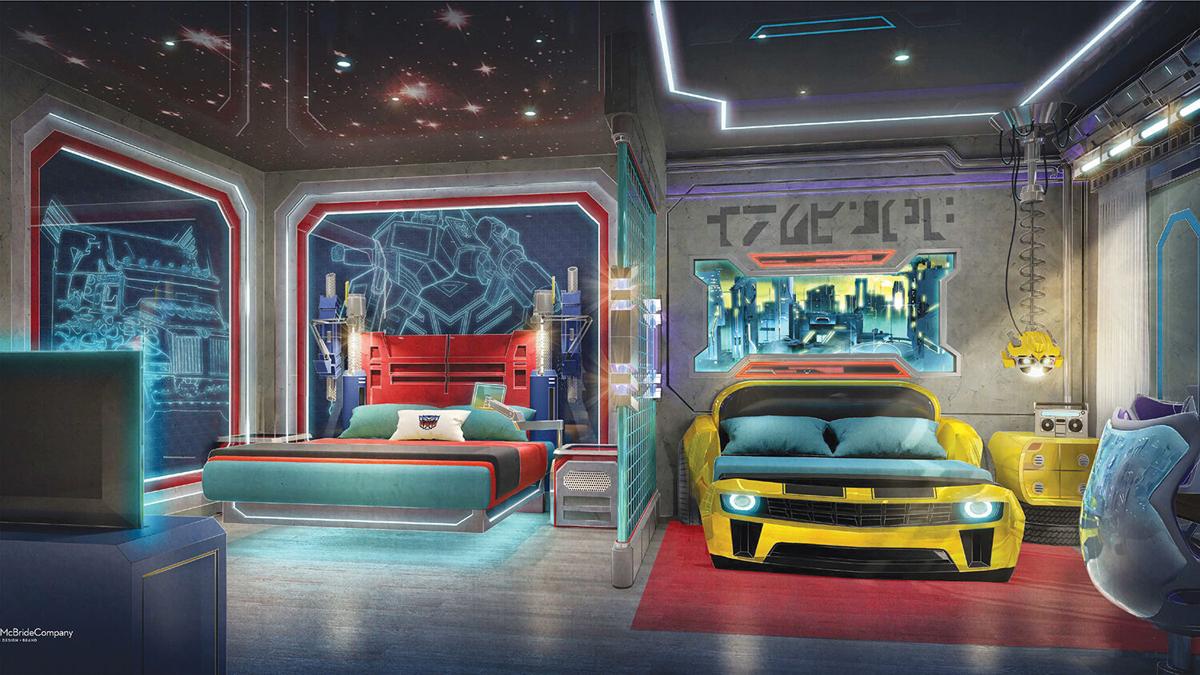 An artists rendering of one of the themed rooms (this one specifically for boys) at waterpark resort planned for Hollister.

An artists renderings gives an idea of what to expect from a waterpark resort that will be developed in Hollister over the next couple of years. The development was announced Wednesday at Hollister City Hall.

An artists rendering of one of the themed rooms (this one specifically for boys) at waterpark resort planned for Hollister.

A large, indoor water park resort is coming to Hollister.

The announcement of the new Imagine Resorts & Hotels facility was made Wednesday morning at Hollister City Hall. Bruce Neviaser, CEO and Managing Member of Imagine Resort said the 88-acre facility will open in three phases. He said construction will begin next year and will take approximately two years.

The water park is described in a press release issued with the announcement as the “first themed water park of its kind.”

“We’re so pleased to bring the world’s first of these family-friendly, branded destination resorts to the vibrant vacation area of Hollister and Branson, Neviaser said.

It will be located just south of Hollister Parkway, and just east of U.S. 65, or just southwest of Menards.

Phase one of the facility will include:

–450 guest rooms and cabins, many of which will be specially themed

–6 to 8 themed restaurants and dining experiences

When completed, the facility is estimated to be a $300 million investment in the community. Neviaser said it would create between 450 to 550 jobs.

Imagine Hospitality is behind some of the people behind the Great Wolf Lodge developments.

“With the evolution of retail and spending habits, this adds the element of leisure travel to Hollister’s portfolio,” he said.

Rumors and talks of a potential water park in this location have been swirling around for nearly 15 years. Taney County Partnership Executive Director Jonas Arjes said Ziegenfuss deserves the credit for not giving up on it.

“It just shows that perseverance pays off,” Arjes said.

Arjes said that when Director of the Missouri Department of Economic Development Rob Dixon was working for the city of Hollister back in 2008, he worked on attracting a water park by a different company.

“That shows how long they’ve been working on this and it shows the tenacity of Rick Ziegenfuss to make sure there continues to be an opportunity for the right group,” Arjes said.

The city of Hollister earlier this month approved the creation of a Hollister Parkway Community Improvement District at the sight. Ziegenfuss said the land in the CID is owned entirely by a bank, but it is being purchased by the developer.

“The CID is a part of this,” Ziegenfuss said.