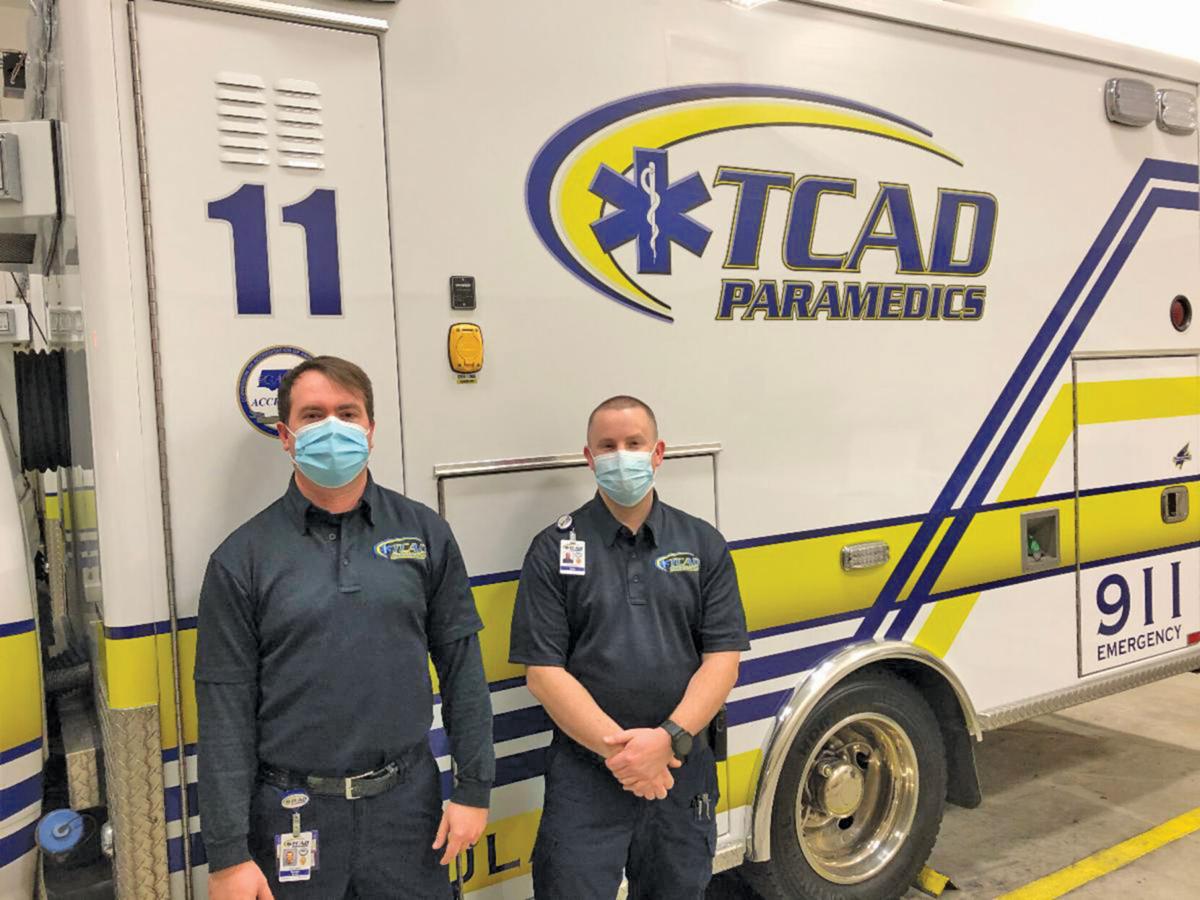 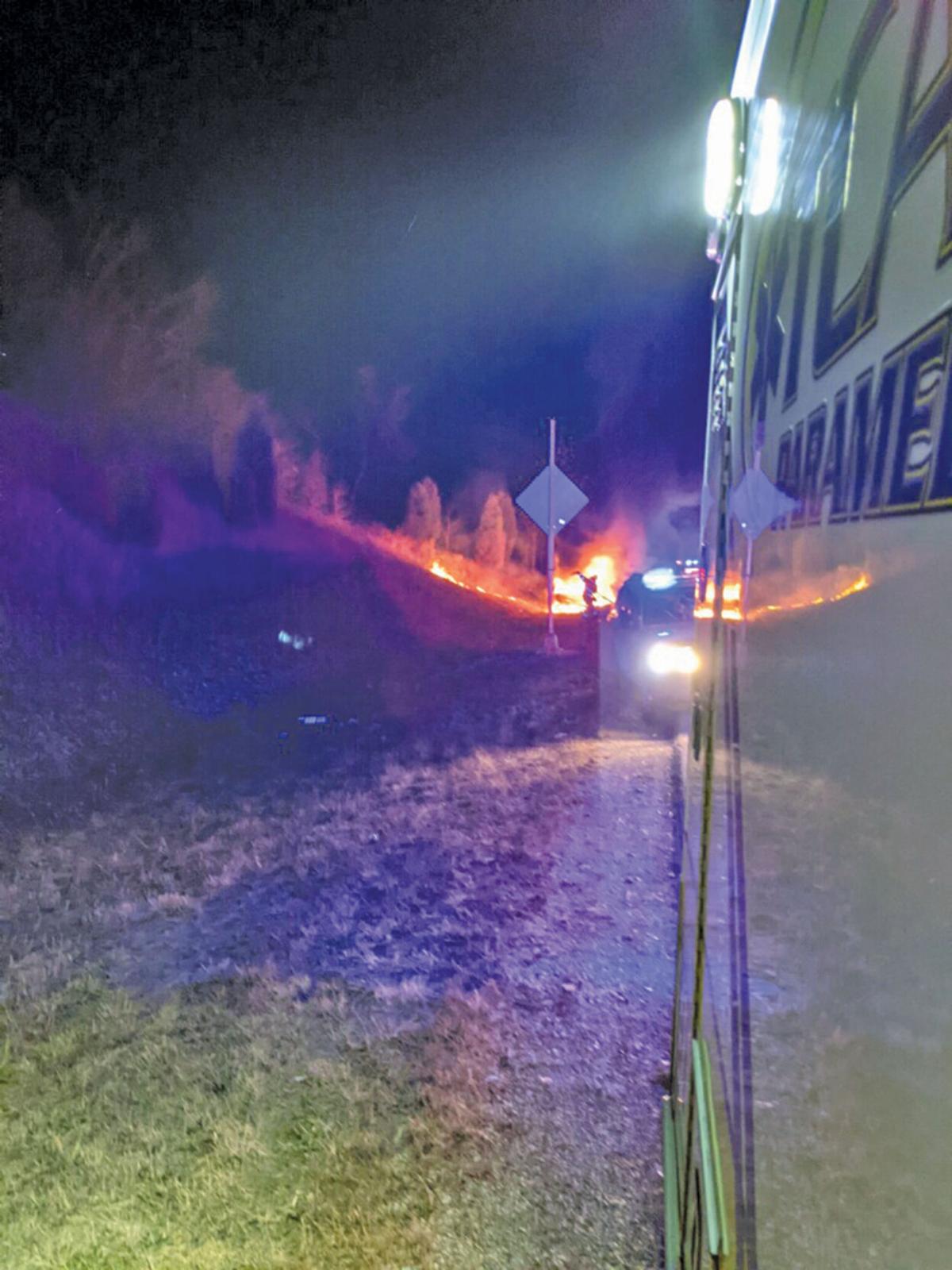 Taney County Ambulance District Paramedics Shea Lathrum and Brandon Busch pulled an unconscious driver from his burning vehicle after it crashed into a rock bluff.

Taney County Ambulance District Paramedics Shea Lathrum and Brandon Busch pulled an unconscious driver from his burning vehicle after it crashed into a rock bluff.

Two Taney County Ambulance District Paramedics are being commended for pulling an unconscious driver out of a burning vehicle after it had crashed into a rock bluff.

In a press release, TCAD Public Information Officer Jonathan Tudor said on Friday, Dec. 18, TCAD Paramedics Shea Lathrum and Brandon Busch were returning to Taney County from an out-of-county transport when they observed a motor vehicle accident on U.S. 65 in Christian County near Saddlebrooke.

The paramedics were traveling southbound when they witnessed a vehicle impact a rock bluff, at highway speed, in the northbound lane. Immediately after witnessing the accident, the paramedics requested assistance from the jurisdictions having authority, according to the press release.

After turning around and returning to the accident scene, the paramedics found a heavily damaged vehicle, on fire, with the unconscious driver still inside. Paramedics Lathrum and Busch used fire extinguishers to slow the spread of the fire and were able to then pry the drivers side door open and remove the unconscious driver.

Within a few seconds of getting the driver out of the vehicle, the vehicle itself became fully involved in fire, the release stated.

The driver suffered critical injuries and was transported to an emergency trauma center in Springfield to be treated. No additional information about the driver or their injuries has been released as of press time, according to the release.

“TCAD Paramedics is proud to have paramedics like Shea and Brandon who are willing to put the life of a stranger above their own safety,” said the release. “The quick actions of these paramedics undoubtedly saved this patients life.”

Good job Shea and Branson. I’m sure there is a special place for you in Heaven.