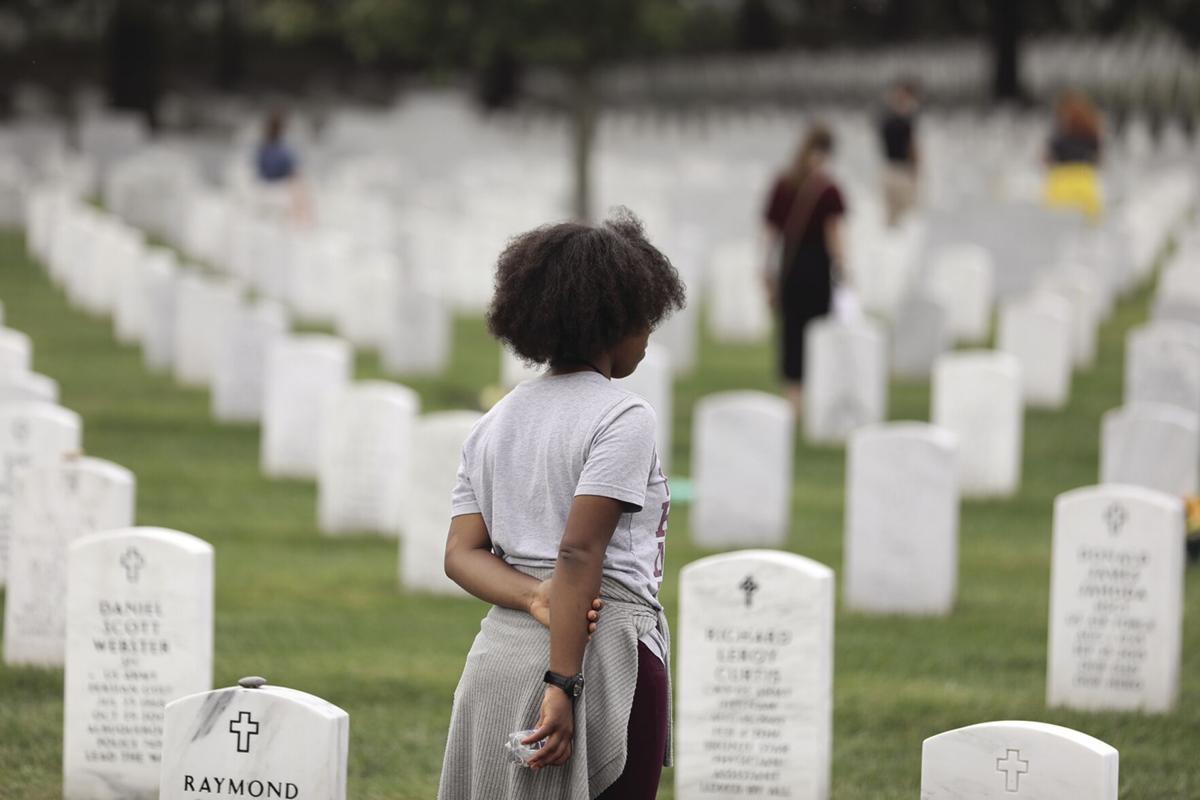 College of the Ozarks students visit graves of those with close ties to the College and of those recently killed in the bombing in Kabul at Alrington National Cemetery. 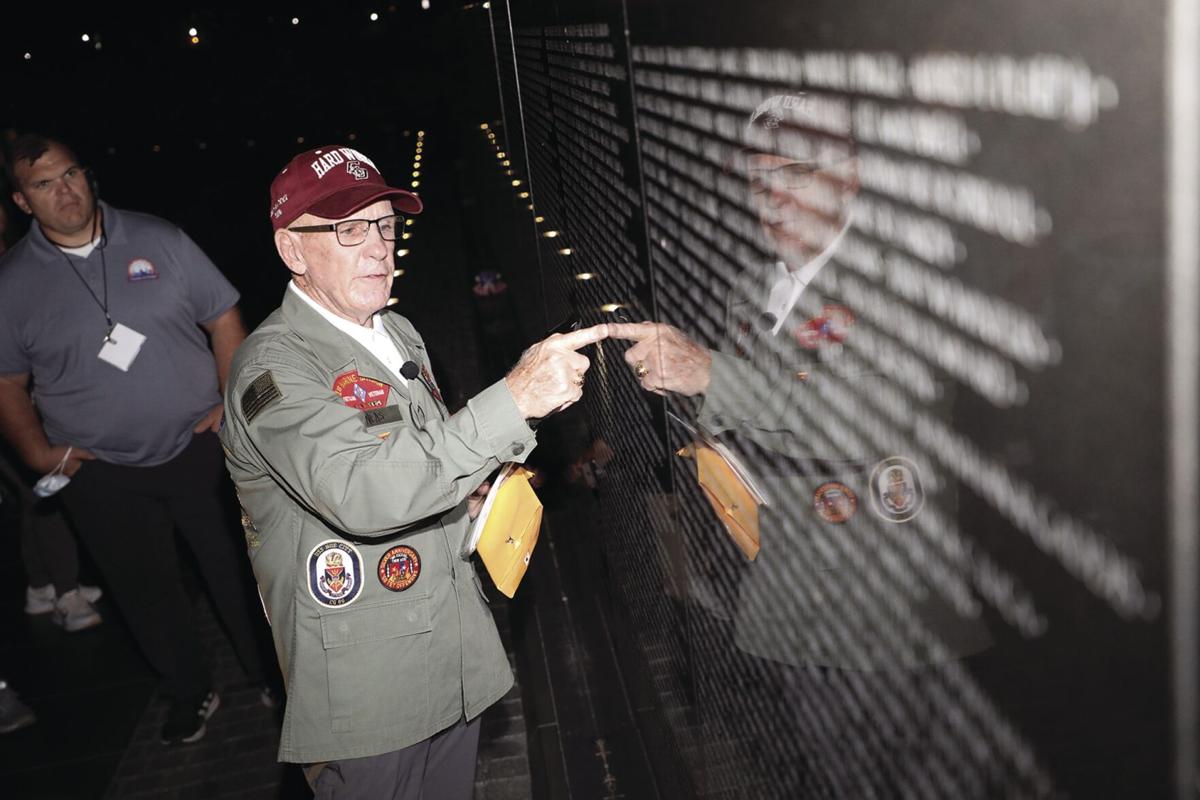 Sgt. Maj. USMC (Ret.) Eddie Neas gives the students an account of his time as a machine gunner with the First Marine Division during the Vietnam War at the national Vietnam Veterans Memorial. 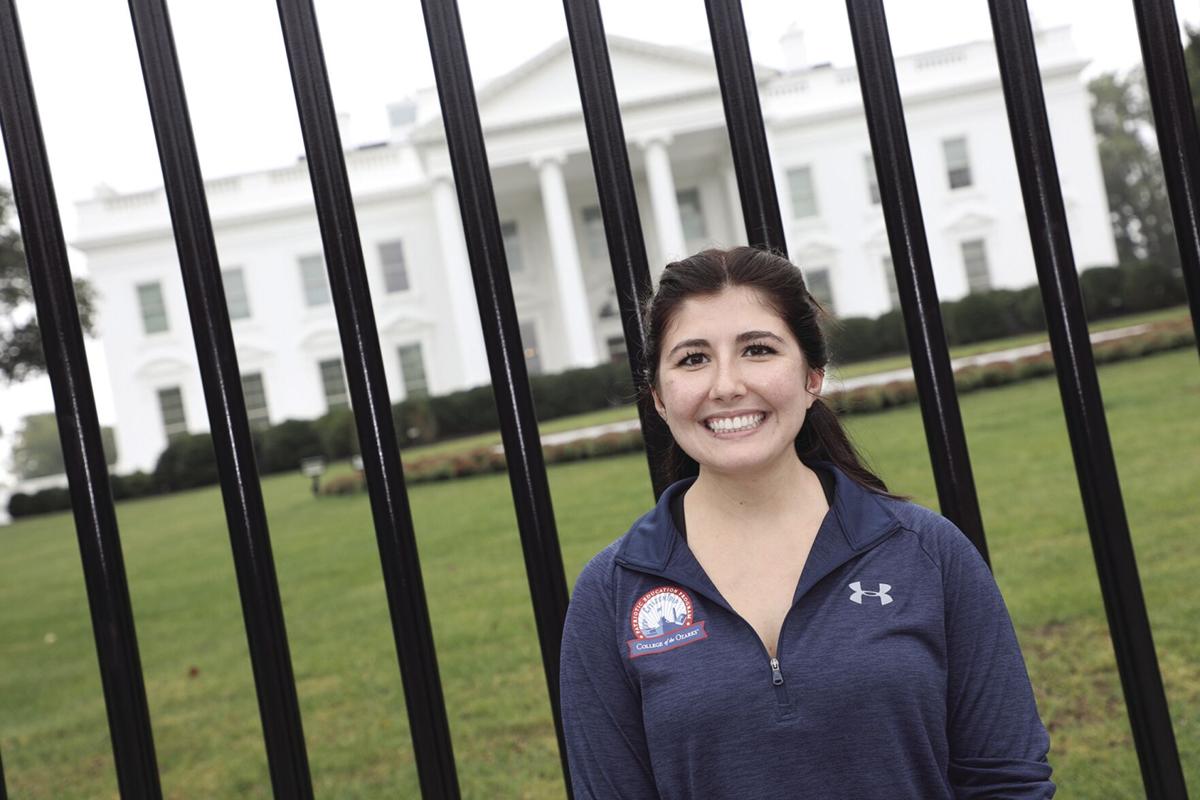 College of the Ozarks students visit graves of those with close ties to the College and of those recently killed in the bombing in Kabul at Alrington National Cemetery.

Sgt. Maj. USMC (Ret.) Eddie Neas gives the students an account of his time as a machine gunner with the First Marine Division during the Vietnam War at the national Vietnam Veterans Memorial.

A total of 150 College of the Ozarks students participated in a trip to Washington, D.C. and New York City as part of the Patriotic Education Program.

According to a press release from College of the Ozarks, the CitizenTrip™ has been an annual program since 2019. The students spent three days and two nights in Washington, D.C., at no cost to the students, from Oct. 4 to6. Students also visited New York City and paid homage to those killed in the 9/11 attacks at the World Trade Centers.

“The college is pleased to take a leadership role in making sure each of our students visits the nation’s capital,” College of the Ozarks President Jerry Davis said in the release. “Young people do not inherit knowledge of our exceptional country and its foundational principles; these things must be taught. Reading about places is one thing but visiting them is quite another. Friends across America are making it possible for a new generation of young people to understand the sacrifices which have been made for all of us.”

College of the Ozarks senior Tanner Maasen, who is majoring in computer information science, said the trip was a once in a lifetime opportunity the College offered to their students.

“This is a major testament to our college administrators’ commitment of developing students’ character while helping to ensure students do not incur debt during their time at the College,” Maasen said in the release.

This year’s trip included stops at Arlington National Cemetery, Museum of the Bible, the White House, the United States Capitol, the National Archives Museum, and the United States Holocaust Memorial Museum, the Lincoln Memorial and Reflecting Pool, Korean War Veterans Memorial, Constitution Gardens, Washington Monument, and World War II Memorial. During the New York City portion of the trip, students visited the Statue of Liberty National Monument and the 9/11 Memorial Pools, according to the release.

“These students approach each memorial, monument, and museum with a sense of honor and deep gratitude that gives me pause,” Associate Professor of English Paige Ray said in the release. “It’s a posture that I can only describe as reverence — a reverence that acknowledges the complex human experiences captured in America’s historical legacies.”

The students were joined on the trip by retired Sergeant Major USMC Eddie Neas, who during the stop at the national Vietnam Veterans Memorial gave a first hand account of his time as a machine gunner with the First Marine Division during the Vietnam War.

During the stop at Arlington National Cemetery, Brigadier General James Schreffler, who serves as academic chair of the Division of Business, Applied and Technical Sciences at C of O, told stories about soldiers who sacrificed their lives for freedom.

“This tour significantly increased my awareness of the sacrifice of those in our military,” senior communication arts major Hannah Otradovec said in the release. “Seeing the fresh graves of the servicemen and women who perished in Kabul moved me deeply. These men and women were around my age and gave the ultimate sacrifice for my freedom. Arlington ultimately brought me to tears and made me realize how short life can be, more so for those who gave the ultimate sacrifice. But despite its brevity, the life of servicemen and women is full of passion and purpose. Therefore, to honor their sacrifices, we must live with the passion, purpose, and willingness to serve others.”

While at Arlington, Vice President for Patriotic Activities and Dean of Admissions Dr. Marci Linson spoke to the students about a graduate from the college, when it was still called School of the Ozarks, Brigadier General Tommy Bell.

Linson spoke to students about Bell’s humble background, childhood, and his journey from School of the Ozarks to his military career which took him from Vietnam to the halls of the Pentagon.

“(Tommy Bell) came from a humble background with limited means and had quite a tumultuous childhood. I hope he serves as an inspiration to you,” Linson said while standing in front of the plaque bearing his name and marking his remains in the Arlington Niche Wall.

According to the release, college administrators felt it was important to extend the trip this year to include the 9/11 Memorial Pools.

“When I see each name etched into this memorial, built atop the grave of those lost in 9/11, I contemplate the importance of remembrance,” junior Paige Steelman said in the release. “Col. Karen Hobson, a friend of the college, made this trip to New York City possible for the students. Her sister, Angela Kyte, died in the tragedy. Being able to see and touch the names of those lost is something I’ll never forget.”