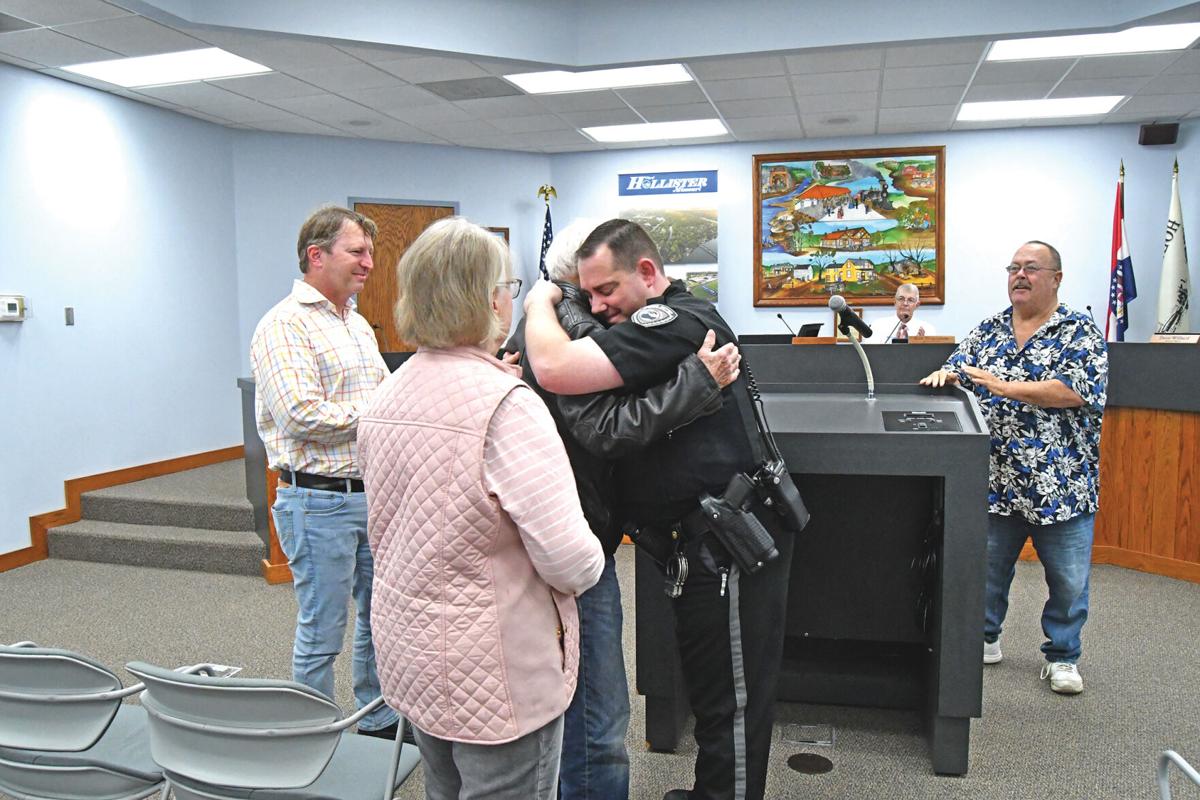 Hollister Police Officer Chad Swanson hugged Dr. Wayne Davis after the Davis family spoke about their gratitude for the officers who saved Waynes life at the Hollister Board of Alderman meeting. 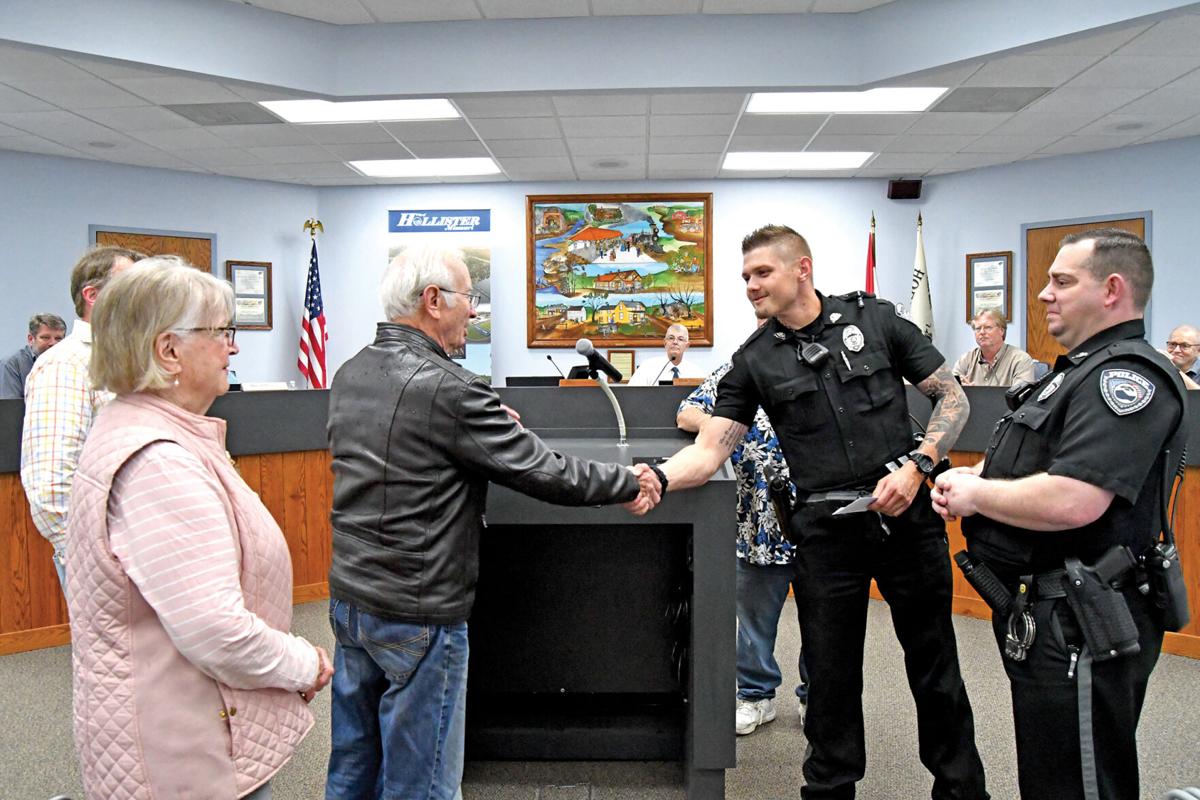 Dr. Wayne Davis shakes the hand of one of the two officers who saved his life just weeks ago, Hollister Police Officer Taylor Jenkins. The family donated $1,000 to the Hollister Police Department as a gift of gratitude.

Hollister Police Officer Chad Swanson hugged Dr. Wayne Davis after the Davis family spoke about their gratitude for the officers who saved Waynes life at the Hollister Board of Alderman meeting.

Dr. Wayne Davis shakes the hand of one of the two officers who saved his life just weeks ago, Hollister Police Officer Taylor Jenkins. The family donated $1,000 to the Hollister Police Department as a gift of gratitude.

Four weeks ago, in downtown Hollister a man’s heart stopped beating after a heart attack. That man and his family appeared in front of the Hollister Board of Aldermen to express their gratitude to the two police officers who responded to the call and saved his life.

On Thursday, May 20, at the Hollister Board of Aldermen meeting, Tim Davis and his parents Dr. Wayne Davis and Peggy Davis asked to be on the agenda to give thanks and a donation in the amount of $1,000 to the Hollister Police Department after the life saving efforts performed on Wayne just weeks before.

“My parents and I came here today because we want to make a donation of $1,000 to the Hollister Police Department as a token of our thanks for the police department’s excellent work,” said Tim Davis at the aldermen meeting. “My father, four weeks ago, had a heart attack. His heart stopped beating when he had a heart attack here in downtown (Hollister). Some people who were there called the police, and they came. The fine officers here, revived my dad. He was taken to Cox (Medical Center Branson), and in three to four days he was out of the hospital. He is just doing great these past couple weeks. My parents are here and they would like to express their thanks for the fine officers who did such a great job.”

The responding officers Taylor Jenkins and Chad Swanson were at the meeting along with Hollister Chief of Police Preston S. Schmidt.

Wayne and Peggy, then presented the $1,000 check to the officers.

“I would like to present this check to the Hollister Police Department,” said Wayne. “Thank you so much.”

Both Jenkins and Swanson humbly expressed their appreciation for the donation as they shook hands and even hugged Wayne.

“I have been thinking about the police a lot lately after this,” said Peggy, tearfully. “I thought out of all the professions that we expect perfection from, (the police), we want (them) to be there at every crisis. We want (them) to know exactly what to do, without offending anyone. I thought these are impossible expectations that we put on them. They put themselves in the way of harm with every crisis and, I just, I don’t know why (they) do it. I am just so grateful they do. We are the beneficiaries of this selfless life they choose. We appreciate it so much.”

“That is what we do it,” said Schmidt, as he pointed to Wayne.

“Tim, thank you and congratulations to your family and the good outcome,” said Hollister Mayor David Tate. “We are all extremely proud of our officers, of our police department and what they do. We certainly appreciate the donation, it will go somewhere to help a good cause.”

Tate presented the two officers with new city pins as he expressed his pride and gratitude for them.