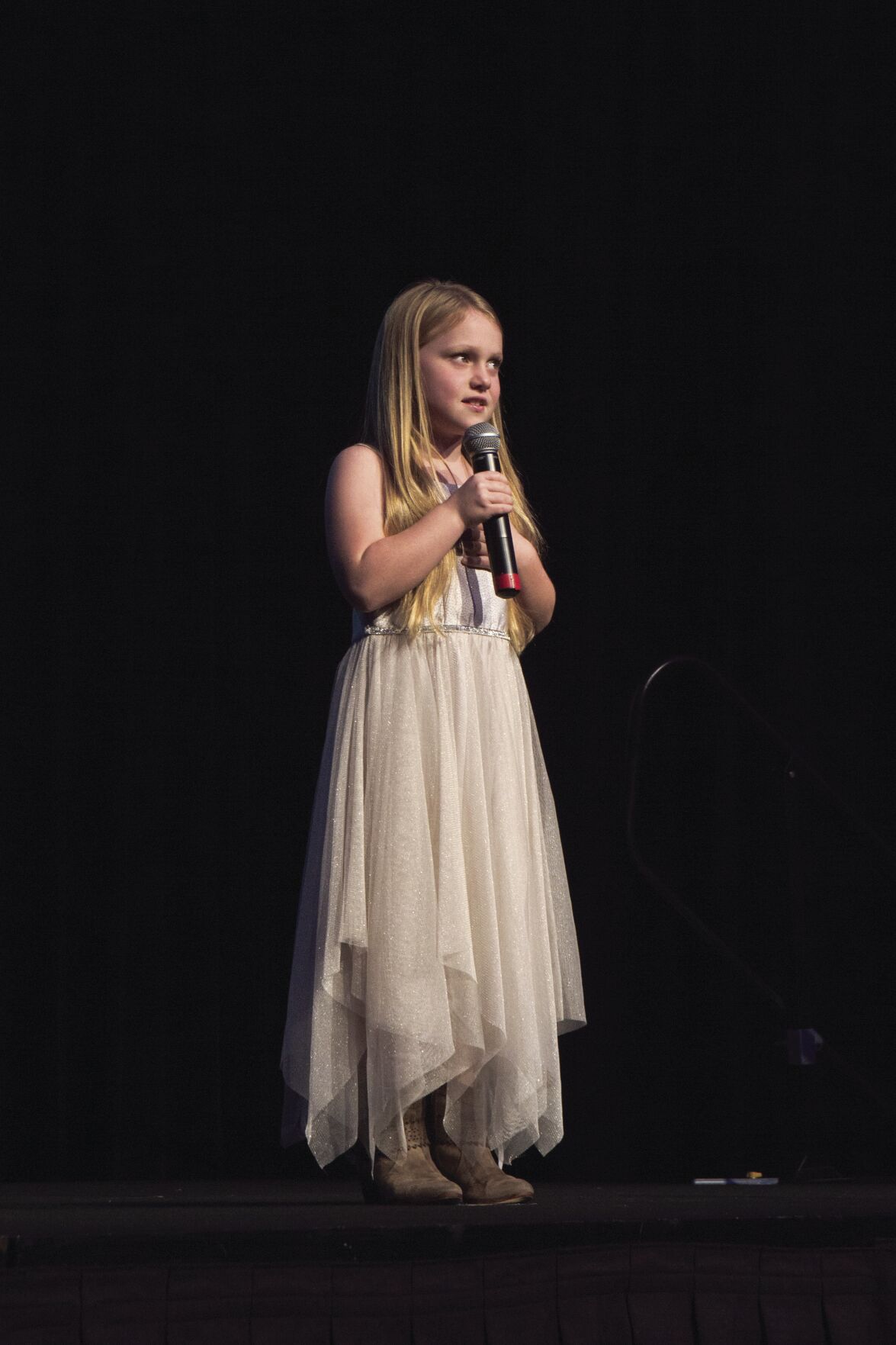 Lydia from the Branson Club performed the National Anthem at the 8th Annual Thanks4giving Gala. 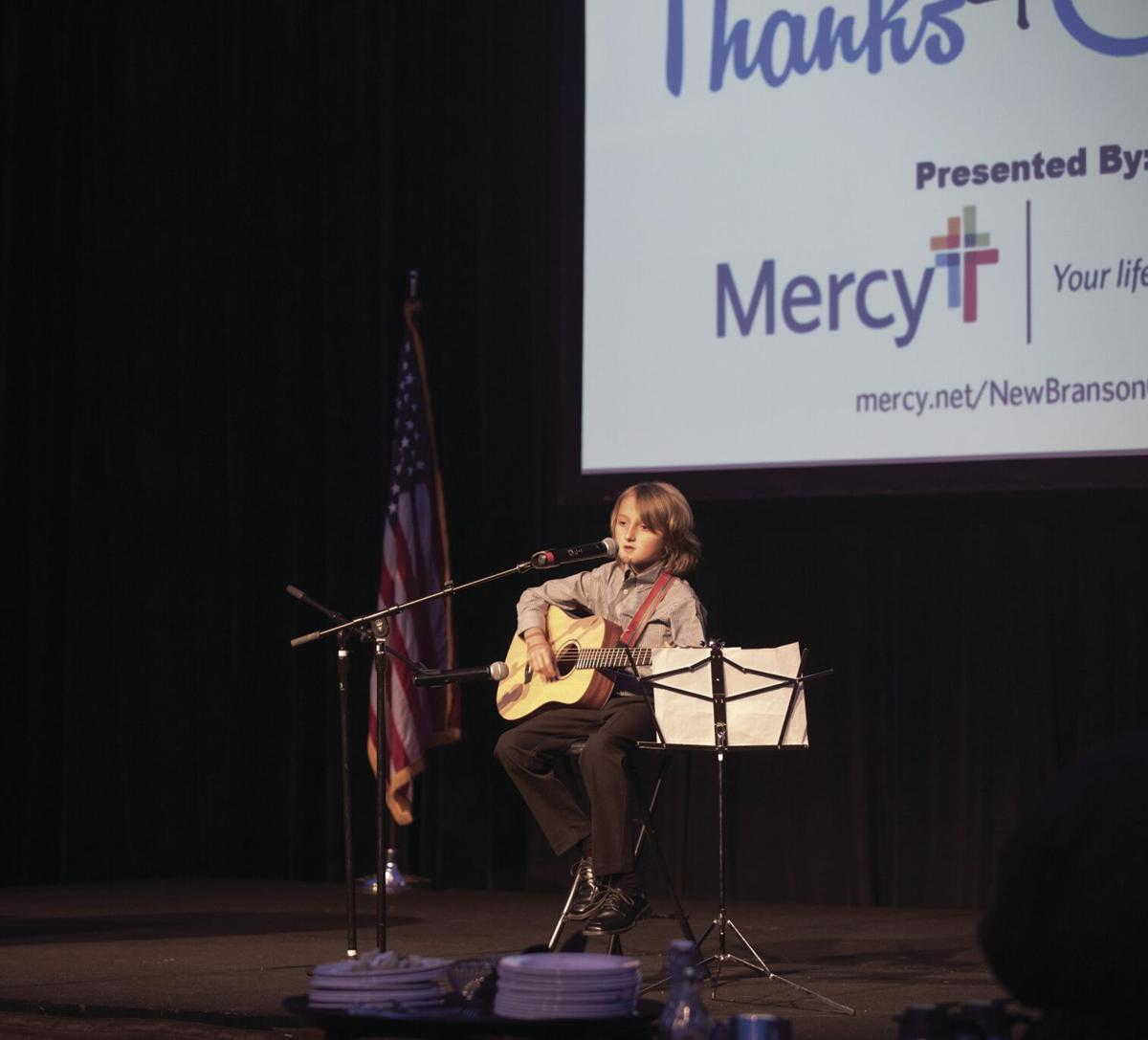 Lydia from the Branson Club performed the National Anthem at the 8th Annual Thanks4giving Gala.

The Boys & Girls Club of the Ozarks are getting ready to host their largest fundraiser of the year.

On Thursday, Dec. 2, the Boys & Girls Club of the Ozarks 9th Annual Thanks4Giving Gala will take place at the Branson Convention Center, located at 200 S Sycamore St. The event is scheduled to open for registration at 6 p.m., with a photo line beginning at 6:30 p.m. and dinner will be served at 7 p.m.

Area businesses and individuals can purchase sponsorship 10 seater tables at: $2,500 for Corporate Level, $5,000 for Bronze Level, $10,000 for Silver Level or $15,000 for Gold Level. Individual seats can also be purchased for $175 for those wanting to attend.

Chief Executive Officer Stoney Hays told Branson Tri-Lakes News  last year the event did not take place due to COVID-19 concerns, but this year they are hoping people are ready to be out to mingle for a good cause.

“We are just excited to get folks back out, meeting and greeting, networking and supporting our area children,” Hays said. “This is the biggest nonprofit event in our area. In the past we have had featured speakers that include Mike Huckabee, Sugar Ray Leonard, Cal Ripkin Jr and Terry Bradshaw.”

This year’s featured guest speaker is Tom Lehman. Lehman is an internationally recognized professional golfer on the PGA TOUR and Champions Tour and former No. 1 in the Official World Golf Ranking. He has won over 30 professional tournaments worldwide and has been the recipient of various awards, including the prestigious Payne Stewart Award and Byron Nelson Award. This Minnesota native is a member of the Minnesota Golf Hall of Fame, according to a press release from The Boys and Girls Club of the Ozarks.

“Legendary Tom Lehman is known to be one of the good guys of golf,” Hays said. “He has been very involved with Big Cedar projects. We are so excited to bring him to town! We’ve asked Johnny Morris to introduce him at the gala.”

Hays said sponsors in the Bronze to Gold Levels will get an extra perk.

“Sponsors at $5,000 or above will be invited to a pre-reception which will begin at 5 p.m. at Clear Lounge,” Hays said. They will have hor’dourves and beverages and a chance to meet and greet with our special guest, Tom.”

Past Thanks4Giving Gala events were well-attended by local, influential citizens, all who believe in the mission of the Boys & Girls Club of the Ozarks, according to the release.

Hays said this year the goal for the Thanks4Giving Gala is to raise $300,000.

“Obviously, having a year off financially has been a huge struggle for the organization, but we have continued to operate even when a lot of others weren’t,” Hays said. Helping to keep parents working while keeping kids safe.”

This event is critical for the future of the organization for the coming year, explained Hays.

“This is our biggest fundraiser,” Hays said. “It is very important to our success in being able to operate in 2022.”

According to the release, the Boys & Girl Club of the Ozarks celebrated 27 years in the Ozarks Region. The club operates in Forsyth/Taneyville, Branson and Reeds Spring (Stone County) serving over 1,650 school age youth annually, and recently expanded into Crane School District as well.

Each day, more than 500 area children attend the clubs for a safe place with caring adults to help focus on their future while parents are working. The club has professionally trained full and part-time staff, and has volunteers on hand to mentor our youth with a focus on graduating on time, leading a healthy lifestyle with good character and citizenship, according to the release.

According to their website, the mission of the Boys & Girls Club of the Ozarks is to inspire and enable all young people, especially those who need us most, to reach their full potential and become caring, responsible and productive citizens.