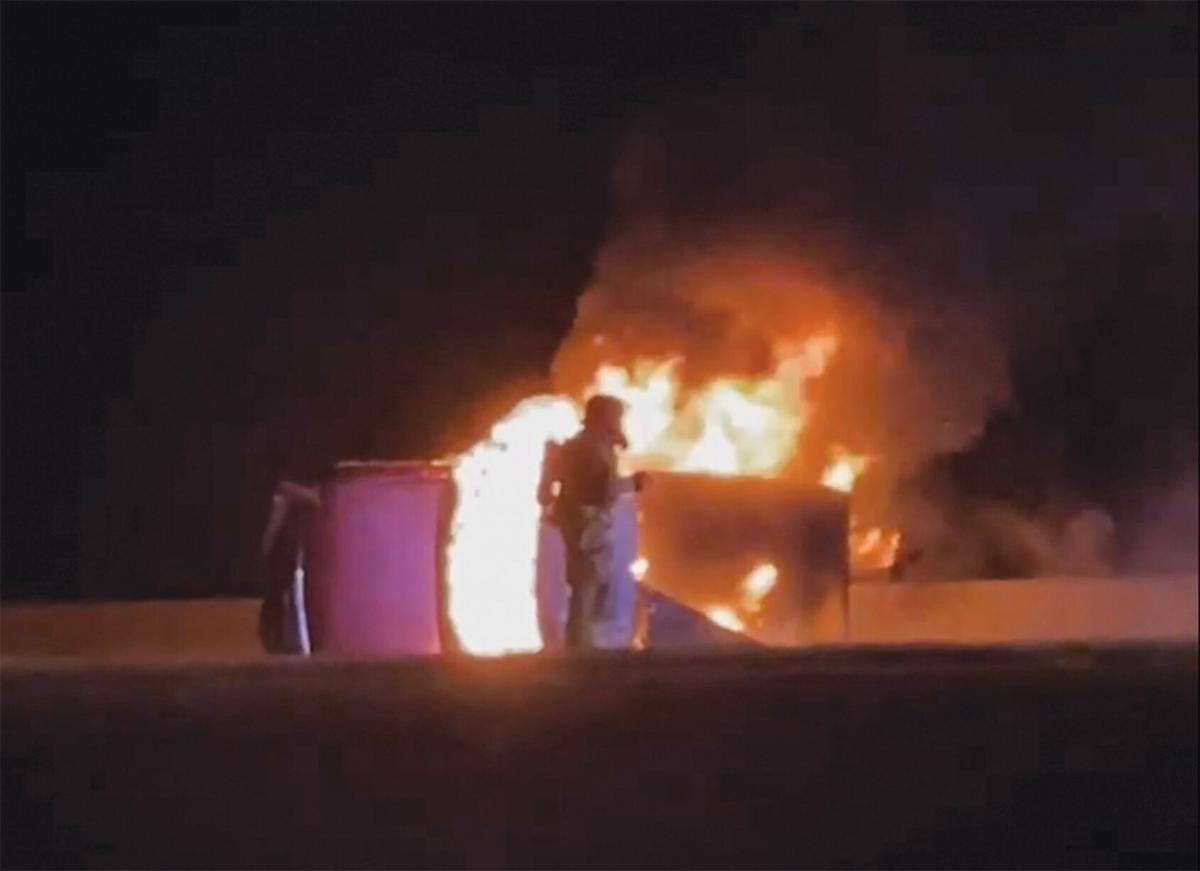 Screenshot of the video captured by Aaron Shaw shows firefighters responding to the vehicle fire on Jan. 2. 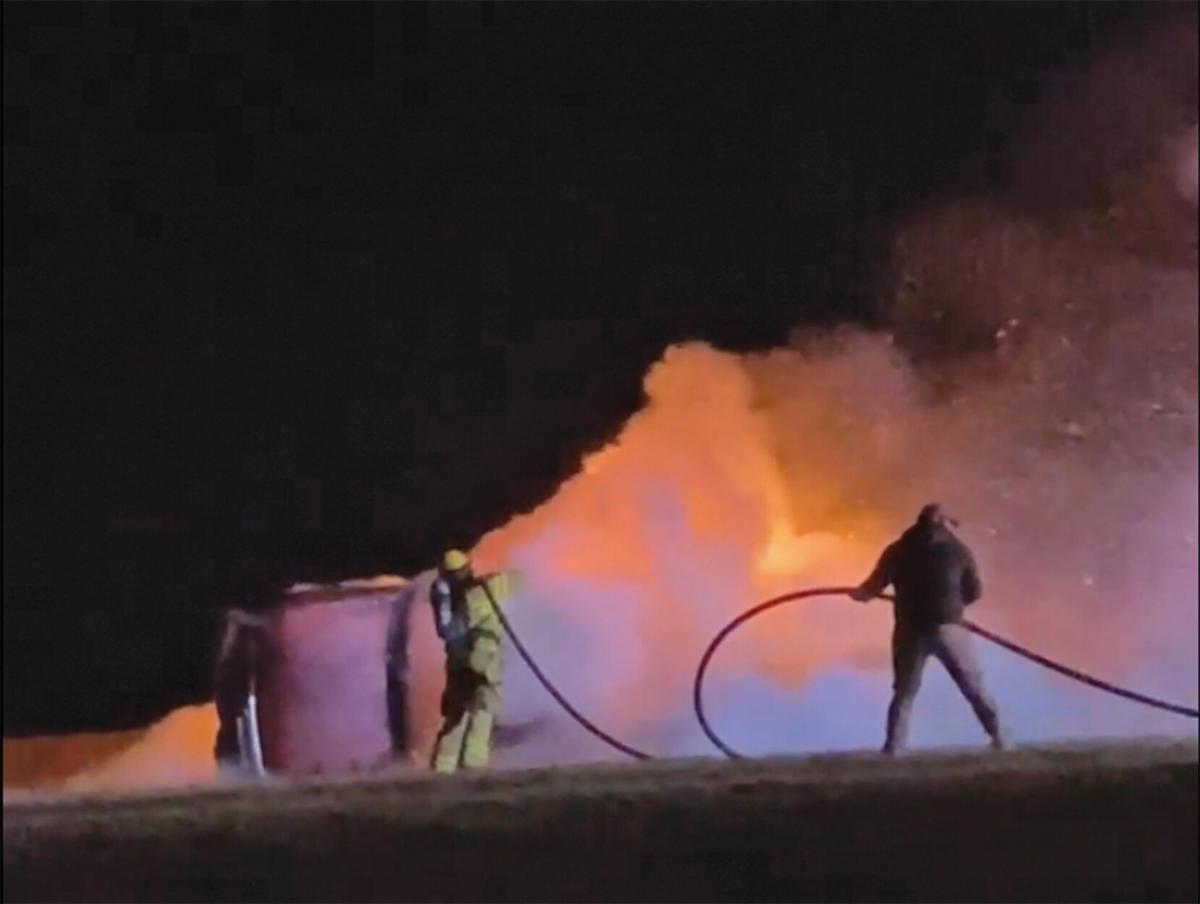 Screenshot of the video captured by Aaron Shaw of the vehicle fire on Jan. 2 shows firefighters extinguishing the fire.

Screenshot of the video captured by Aaron Shaw shows firefighters responding to the vehicle fire on Jan. 2.

Screenshot of the video captured by Aaron Shaw of the vehicle fire on Jan. 2 shows firefighters extinguishing the fire.

No injuries are being reported after a vehicle crashed, overturned and caught fire on Jan. 2 near Branson.

In a press release, Western Taney County Fire Protection District said at approximately 7:18 p.m. fire crews responded to a reported motor vehicle accident on the overpass for Highway 65 and F Highway. Early reports were that a vehicle had rolled over and was on fire.

“Crews arrived and found a small truck on its side well involved with fire,” said the release. “Crews were able to put the fire out quickly. Thankfully the occupants got out of the vehicle before it caught fire and refused any medical treatment.”

The vehicle fire resulted in the temporary closure of southbound Highway 65 for nearly an hour while the accident was cleaned up and MoDOT treated the bridge.

“This accident was a direct result of black ice on the overpass,” the release said. “MoDOT had treated the bridge several times before the accident.”

A video of the vehicle fire captured by Aaron Shaw has been shared to the Western Taney County Fire Protection District Facebook page.