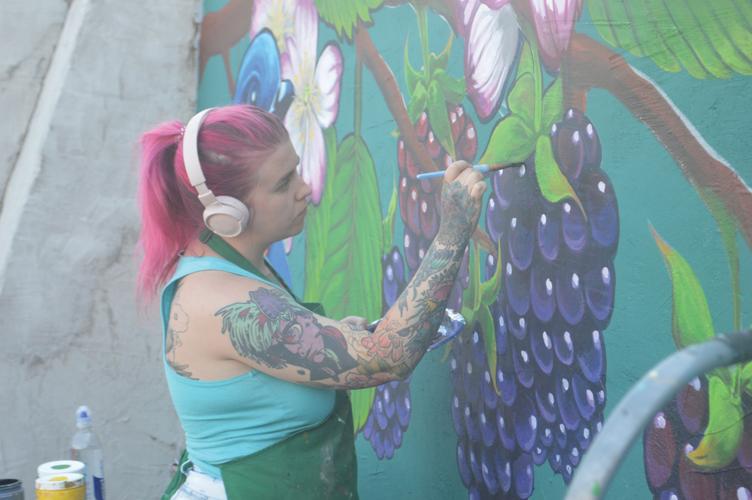 Christine Riutzel works to create a mural along Business 65 in Branson on Sunday. 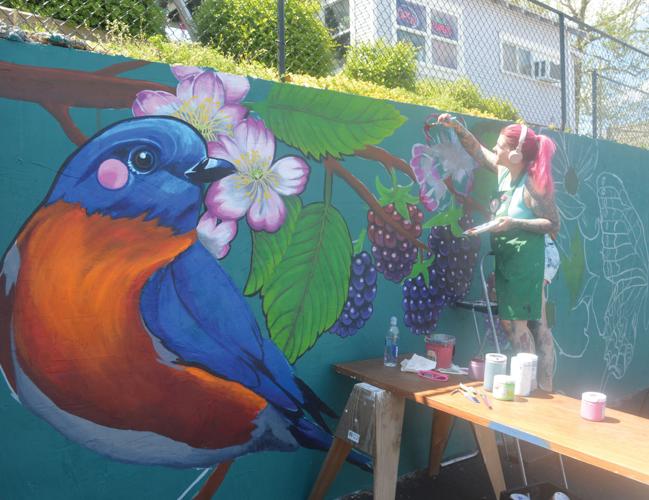 Christine Riutzel works to create a mural along Business 65 in Branson.

Christine Riutzel works to create a mural along Business 65 in Branson on Sunday.

Christine Riutzel works to create a mural along Business 65 in Branson.

Although there is little activity in downtown Branson right now, motorists on Business 65 might have noticed a large, colorful nature scene appearing on a concrete wall.

Muralist Christine Riutzel has been hard at work creating the scene in the small parking lot. Anyone driving on Business 65 can see it on the west side of the road, just north of the intersection at Pacific Street.

She said a realtor saw her work online and contacted the owner of the property who was looking to do something with the space.

Riutzel said she talked with the owner about what type of scene would work best.

Riutzel is familiar with painting murals in Branson. Among her works, she painted a mural inside Skate World, and another at Woodland Hills Church.

She also headed a team of artists from the Southern Missouri Arts Connection who worked with the city of Branson to paint a mural on a 200-foot retaining wall at Murphy Park.

She’d also like to continue to work with area businesses.

“I’d like to work with them on affordable murals,” Riutzel said. “I’d like to make their building more cosmetically appealing.”

She also said she believes businesses can use art as indirect marketing to attract business.

“I wanted to do something on Missouri-Ozarks nature, but with a bit of a street vibe,” Riutzel said. “They were also looking for something that could become an Instagram spot.”

Riutzel said she expects the project to take about five days of work, but weather has been keeping her from working on it every day.

In addition to the wall she’s working on, the project might eventually include an adjacent wall and the side of the building.