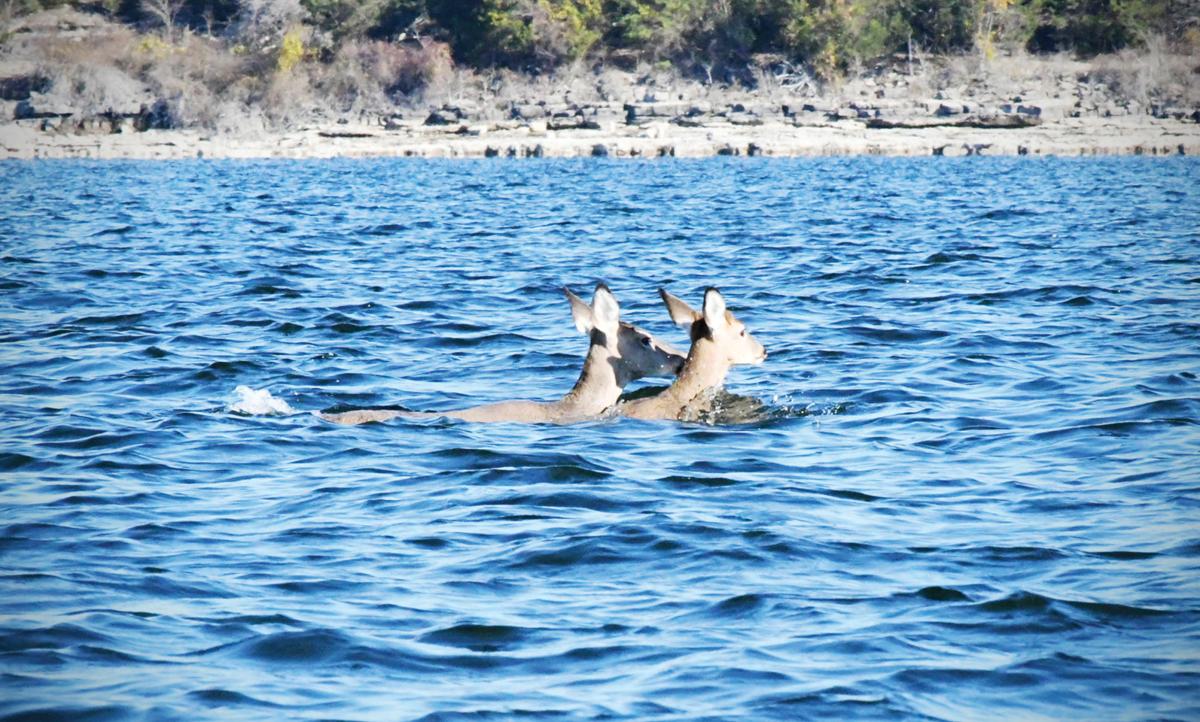 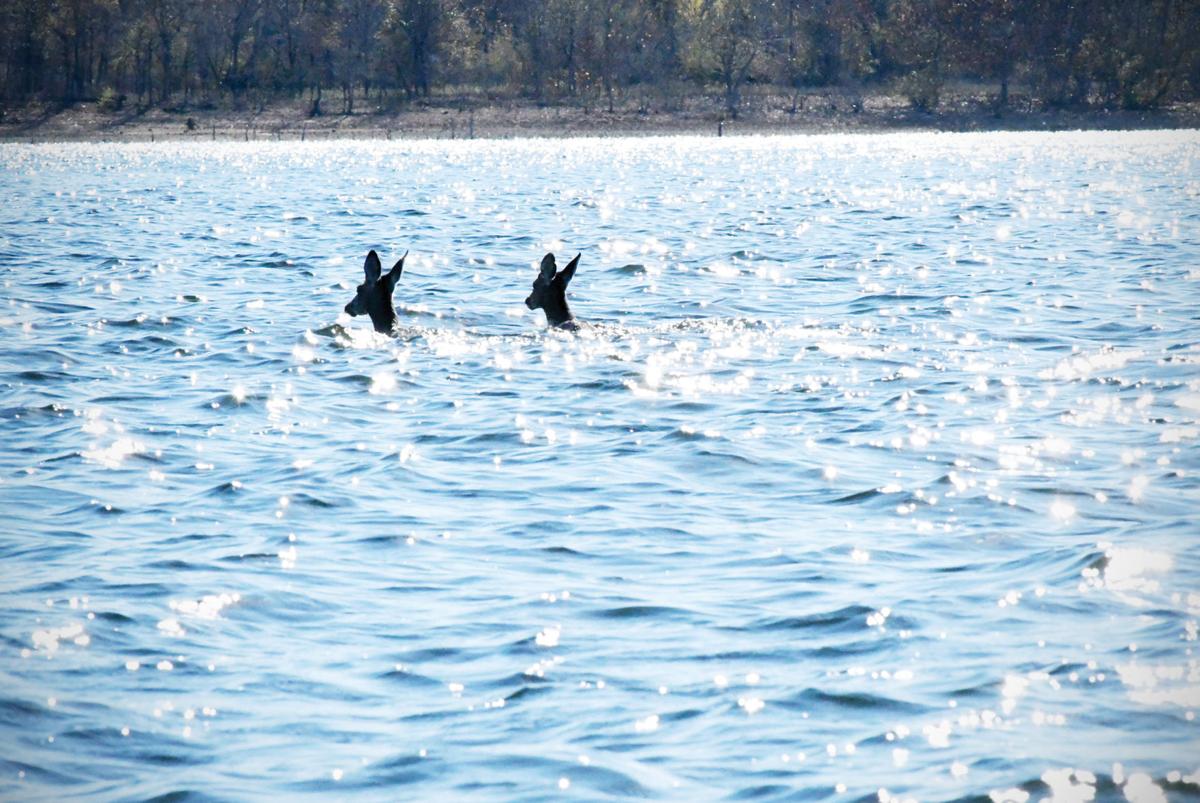 A pair of deer swim across Table Rock Lake Nov. 7.

A pair of deer swim across Table Rock Lake Nov. 7.

While covering an event Nov. 7, I witnessed something that I had never seen before: Two deer swimming across Table Rock Lake.

Allow me to rewind.

I was covering the Bass Pro Fishing Dream Series for disabled veterans. Veterans were paired with professional anglers for a morning of fishing. My guide and I were tracking down each of the groups so I could take photos of them.

As the morning went on, we kept seeing several birds bobbing along before taking off, so, at first, I was flummoxed when I first spotted two objects in the distance. Is that a bird? No! It was a couple of fluffy deer dog-paddling along one of the widest expanses of Table Rock Lake.

I was shocked! I had no idea deer could swim.

Thankfully, my guide didn’t bat an eyelash when I yelled/asked him to stop so we could take some photos.

We gave the deer a wide berth and spent a short time capturing the moment.

When I got back to the office that day, I posted the images onto social media and discovered I was not alone in being surprised deer can swim.

I knew I had to find out more about these swimming creatures, so I called the Missouri Department of Conservation and spoke with Media Specialist Francis Skalicky.

Of course deer swim, he said. However, for this region, it is a lesser-known trait. Deer are connected by lots of land and don’t always need to take to the water. In coastal areas, Skalicky said, deer will swim to nearby islands.

“The main reason it’s not seen as often here is because deer can get to where they’re going to by land,” Skalicky said.

Folks who live near the water in the Tri-Lakes Area may see the sight a bit more often, he said.

“They are quite good swimmers, in fact,” Skalicky said. “It is a unique sight because you don’t see it that often. They have that tucked away with the rest of their abilities.”

Well, there you have it, friends. Deer can and do swim. So, the next time you see them, try to get a photo, but make sure you give them plenty of space.