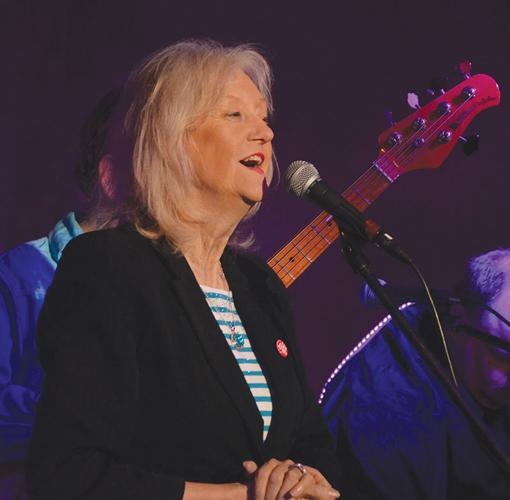 Chisai Childs, also known as the “Belle of Branson,” died Wednesday. This is a recent picture taken of Childs last week. 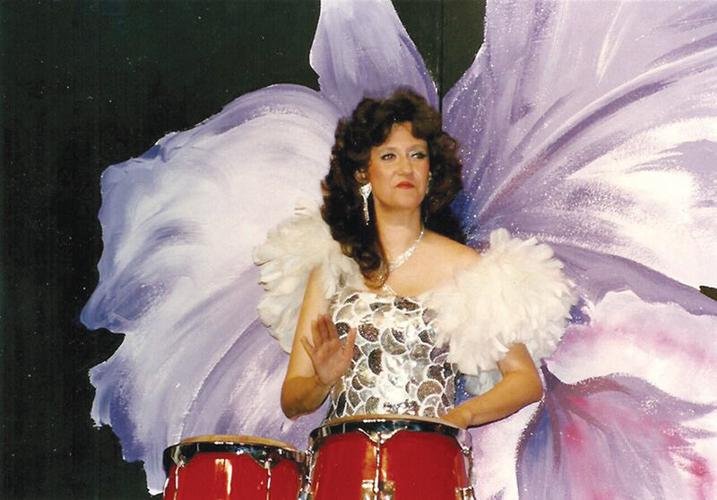 Chisai Childs performs in the 1980s in Branson. 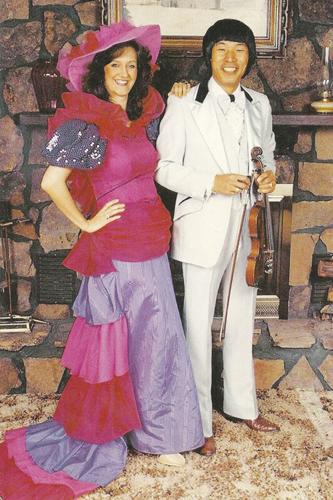 Chisai Childs brought many entertainers to Branson in the 1980s, including Shoji Tabuchi, who still headlines one of the most successful shows in town. 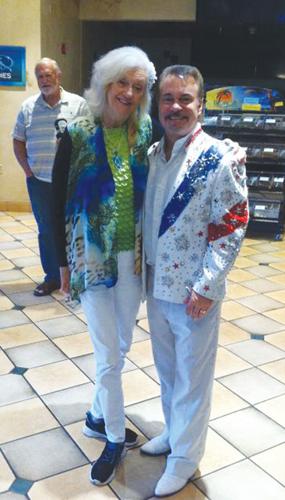 Chisai Childs, also known as the “Belle of Branson,” died Wednesday. This is a recent picture taken of Childs last week.

Chisai Childs performs in the 1980s in Branson.

Chisai Childs brought many entertainers to Branson in the 1980s, including Shoji Tabuchi, who still headlines one of the most successful shows in town.

The “Live Music Show Capital of the World” is in mourning following Wednesday’s death of one of Branson’s “pioneers,” a lady most knew as the “Belle of Branson,” Chisai Childs, at the age of 69.

“She was definitely a visionary, and she really was the ‘Belle of Branson,’” said longtime Branson entertainer Doug Gabriel. “Like a whole lot of other people have said, she was a mother to all us entertainers. She always had a heart for the entertainers and the music industry in this town, and her footprint, her stamp, will always be on Branson.”

Anseth Chisai Childs Burbee died suddenly in her home on Wednesday, and she is survived by her husband, David Burbee. For more than 50 years, Childs was involved in entertainment, from performing to producing, there weren’t too many aspects she didn’t tackle.

After many years performing and producing the “Grapevine Opry” in Grapevine, Texas, Childs relocated the show to the original Starlite Theatre in Branson in 1981. Even though there were already more than a handful of shows in Branson, Childs’ impact was almost immediately felt.

“Although she had the ninth in town, she was the first female theater owner and producer in town, which was still a barrier,” said “Grand Jubilee” emcee, director and producer Mike Patrick.

“She brought a lot of class to Branson,” entertainer Buck Trent said. “When she came here in the early 80s, everybody was still wearing overalls. She had her band in tuxes, and they all looked great, and pal, she sure could put a show together.”

“She really did bring the ‘glitz and glamour’ to this town,” Gabriel added.

In addition to adding that “glitz and glamour,” Childs also starred in her very own TV show, “Chisai and the Ozarks,” which aired on Saturday nights, as well as co-hosted Branson’s first live radio show, “Boxcar’s Bandstand,” along with “Boxcar Willie.”

While Childs did plenty of work on stage, as well as in front of the camera, she may be best known for bringing several of Branson’s most popular entertainers of all time to town, including Gabriel, “Boxcar” Willie and Shoji Tabuchi.

Gabriel said he first met Childs while performing with his band, the New Relations. She then invited Gabriel, who said he was “just a kid,” to perform on the “Grapevine Opry.” After booking Gabriel, who was constantly on the road, for guest appearances over the next few years, their paths soon crossed in Branson.

Gabriel made his way to Ozark Mountain Country for an audition in 1985. The audition ended up taking place in front of a live audience, as well as Childs’ grandmother.

“That’s how she did it back then,” Gabriel laughed. “She wanted to see how you interacted with the crowd, and her grandmother sat in a booth to the left of the stage, and if you got the thumbs up from her, you got hired. I prayed to God I would get that thumbs up, which I did.

“I’ve been here ever since.”

Childs also had a hand in bringing Trent to town on a more consistent basis.

“I worked with Chisai back in the 70s at the Grapevine Opry before she moved it to Branson,” Trent said. “She also booked me lots of places, including Branson in 1987.”

While Childs is well-known for bringing certain artists to town, she also made a substantial impact on their stage persona as well.

“For years, I was my own lead guitar player and never performed on a stage without that guitar,” Gabriel said. “When I came to Branson, one of the first things she told me was ‘you’re going to lose that guitar, and you’re going to learn to entertain an audience without it.’ I did not want to do that because the guitar was like my crutch.

“I didn’t like it at the time, but boy I sure am grateful today I can do it with or without that guitar, and that is thanks to her. She taught me how to entertain and not just perform. She had a knack for helping people be the best they could possibly be.”

According to Trent, who was already an established star in the world of country music, Childs was instrumental in helping him adapt to performing in Branson.

“When she booked me in ’87, I was getting ready to do the show, and one of the guys in the band came back and told me Chisai wanted me in the lobby,” Trent said. “This was before the show, and nobody came out before the show back then ... so we did, and when we walked into the lobby, it felt like a heavyweight championship fight with a buzz in the crowd, and camera flashes going off, people asking for autographs and all that.

“I thought, ‘Man, this is it.’ So ever since then, I get dressed early and go out front to talk and shake hands with everyone who comes to see us.”

Even though Childs’ “Grapevine Opry” show closed before the “Branson Boom” hit in the early 1990s, she continued to have a presence in the entertainment community until her death. In fact, many performers considered her to be a “mother figure.”

“Long after owning a theater and show here, she became our maternal producer,” Patrick said. “Since her passing, people have written some incredible things on Facebook ... She came to our show a lot, was always whispering ideas in my ear and cheerleading, but I found out she was doing that for everybody.”

“This lady believed in me as much as my own mother,” ‘Million Dollar Quartet’ star David Brooks said on his Facebook page. “Probably more.”

In her later years, Childs was instrumental in bringing the “Terry Music Awards” from Texas to Missouri along with Terry Beene. She also worked as a “promotions Specialist” at the Baldknobbers Theatre.

The last time so many people got the chance to see Childs was at a benefit for local entertainer Rick McEwen, which was held last weekend.

“I saw her before I performed Sunday and she told me she was so touched that she was asked to introduce Shoji and I saw that she had tears in her eyes,” Gabriel said. “It was already a special moment, but I had no idea that would be the last time she would ever introduce me. I would not be the vocalist or entertainer that I am today if not for her, and she will be missed.

“I know she was a lady of faith, and I know she’s up there in Heaven, singing with all the entertainers who have gone on before.”

A celebration of life for Childs will be held 1 p.m. Sunday at the Baldknobber’s Theatre. In lieu of flowers, a memorial has been established with Central Bank of Branson.

An opportunity will also be available for donations at the service. Arrangements and cremation are under the direction of Cremations of the Ozarks.

“She left such a great legacy, and not just with the performers, but our guests, too,” Patrick added. “She loved this town, and the people in it. Branson is a better place because of Chisai Childs.”