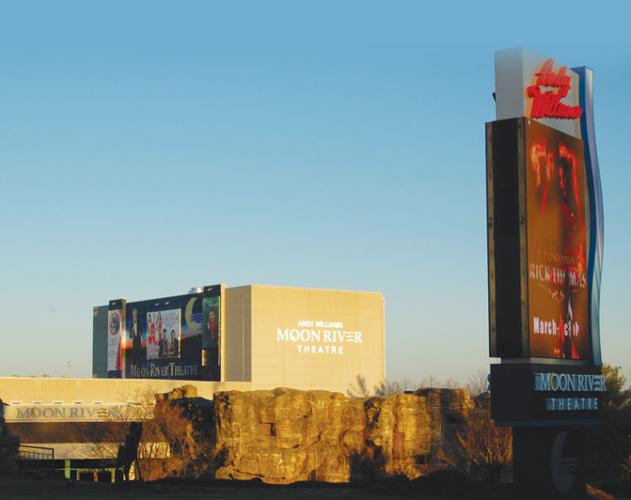 Andy Williams Moon River Theatre is operated by Jimmy Osmond and will be home to nine shows for the 2014 season. 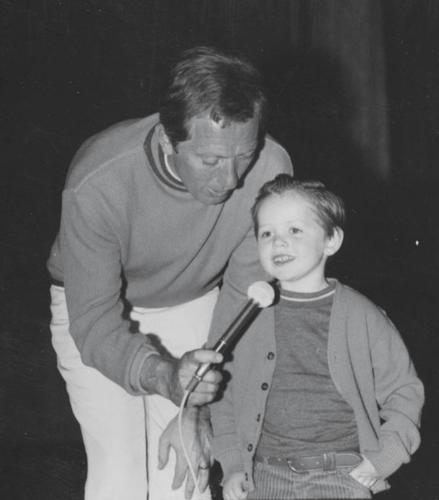 Andy Williams and a 3-year-old Jimmy Osmond rehearse for Osmond’s TV debut in 1967.

Andy Williams Moon River Theatre is operated by Jimmy Osmond and will be home to nine shows for the 2014 season.

Andy Williams and a 3-year-old Jimmy Osmond rehearse for Osmond’s TV debut in 1967.

Jimmy Osmond is celebrating his 47th anniversary in show business this week by making sure the legacy of the man who gave him and his famous family their start in show business lives on for generations.

On March 12, 1967, a 3-year-old Osmond made his TV debut on the “Andy Williams Show,” and today, he is producing and booking shows at the Andy Williams Moon River Theatre with the focus on keeping Williams’ legacy alive.

“I am operating the theater, and I’ve already programmed about 400 shows in there,” Osmond said with a laugh. “Being able to run a venue and control the quality of the experience the people have when they come see you is such an amazing thing, and it is really hard to get out of your system.”

Osmond first visited Branson in the early ‘90s at the behest of Williams. After falling in love with the region, Osmond soon purchased the former Bob O Links Theater, which was owned by the Mabe family. In 1992, the majority of the Osmond family relocated from Utah to perform at the newly christened Osmond Family Theatre.

More than a decade of performances later, he began renting the theater to other shows while his family performed at other venues in town. In 2009, he sold the theater, now known as the Clay Cooper Theater. The Osmonds continued to produce and perform other shows throughout the world but always returned to Branson.

A few years after the theater was sold, Osmond received a call from his friend and longtime mentor, asking if he’d be interested in helping book shows for the Moon River Theatre.

“I said, ‘No boss, but I do love you,’” he said with a laugh. “That was the last thing on my radar because I was producing things in England and doing my own thing.”

Osmond eventually agreed to take the stage with Williams as part of his show in 2012, but they were unable to finish the run of performances.

“He passed away the night before we got (back in town),” Osmond said. “I knew he had a powerful tie to mine, and really all of our hearts, but I didn’t realize how strong that connection really was until we lost him.”

Osmond and his brothers did perform at Williams’ theater that year, finishing out the season alongside the Lennon Sisters in the Christmas show. The following year, he was asked by members of the Williams family to help the theater in a business capacity.

“They really liked the Osmonds and Lennons doing Andy’s Christmas show, and helping to keep his legacy alive,” Osmond said. “So we did it last year and it was so successful, it really became the show to see for Christmas.”

Osmond said during last season he was approached by members of the Williams family about the prospect of him helping to keep the theater going as a performer, as well as in a business capacity.

“It will always be Andy’s theater, and I’m going to run it the way I hope he’d want it to be ran,” he said. “Ultimately, I’d like to see it used an an incubator, in a way, to develop people who will eventually leave us and open up their own theaters or buy one in town because I think Andy would want to invest in these artists who in turn have to feel comfortable enough to invest in the town.”

There are currently nine different shows booked for the upcoming season which include illusionist Rick Thomas in March, “The Price is Right Live” and “The Red Neck Tenors,” ‘60s recording group the Lettermen, Daniel O’Donnell, “Sha Na Na’s Rockin’ Christmas” show and both the Lennon Sisters and Osmond Brothers headlining their own shows in addition to the “Andy Williams Christmas Show,” which features the Lennon Sisters as well as the Osmond Brothers.

Osmond said he’s continuing the business model that has made him successful throughout the years, which is to find people willing to invest in the community.

“I’m kind of going off my old approach which is to put people in there who, maybe aren’t the hottest names today, but they are names, and people who are willing to invest in the community so the community can invest in them,” he said. “I’ve been able to help bring in a lot of entertainers who have done just that.”

He said it’s the shows that perform throughout the season, stick it out during the tough times and become embedded in the community that will help the change.

“Branson isn’t a town where you can (exclusively) bring in a one-nighter and have it make sense for the theater,” he said. “You need people who are going to be committed to a schedule because this is a destination where people come to see shows, and they have to be able to plan on that, so Branson is a different animal in the entertainment business, it has a business model all its own.”

A big part of that business model is connecting with the audience, which he’s been doing for nearly 50 years.

“It’s about word of mouth, and when (audiences) saw we put the time and effort ... on stage, they knew we cared deeply about what we were doing ... because we loved each other and we were in Andy’s place celebrating the most wonderful time of the year,” he said. “People treat you the way you think of yourself, and Andy’s legacy is unbelievable and he gave us that opportunity as a mentor for the Osmonds, Lennons and all the brands at the theater, and we’re going to do our best to keep his legacy alive.”

This will about number 7 theatre the Osmond's have been affiliated with. They have been short on any success stories. Business people they're not. BRANSON is in last days, You have record amount of theatres that are closed I got word next year two more theatres are contemplating closing. This will be the church capital of the world. Close a theatre open a church..

Sorry, there are no recent results for popular videos.