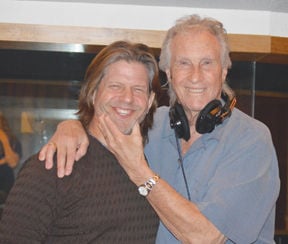 Bucky Heard, left, and Bill Medley are all smiles as they announce the reformation of the Righteous Brothers Sunday in Branson. 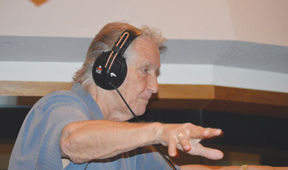 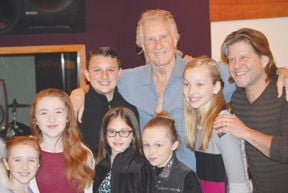 Bucky Heard, left, and Bill Medley are all smiles as they announce the reformation of the Righteous Brothers Sunday in Branson.

For the first time since the death of Bobby Hatfield more than a decade ago, Bill Medley is once again embracing the “Righteous Brothers” name with a new show, new CD, new venue and a new partner, veteran Branson entertainer Bucky Heard. The Righteous Brothers are slated to open a new show at Harrah’s Las Vegas Hotel and Casino beginning in March.

According to Medley, it was the legions of Righteous Brothers’ fans and several friends, producers and contacts in Las Vegas who made him start thinking about continuing the legacy earlier this year.

“I’ve had a million fans hollering at me to keep the Righteous Brothers alive,” Medley said. “I looked at a couple of guys, but you know, you can’t replace Bobby Hatfield, he’s the best in the world.”

The Birth of the Righteous Brothers

“Bobby and I were two guys with one voice, singing this black music,” Medley told the Branson Tri-Lakes News. “We began to get black fans from the local Marine base who heard about two white guys singing rhythm and blues.”

According to Medley, the black fans used the slang term “righteous” when they spoke about something they liked, and called all their friends “brothers.” The duo liked being called the “Righteous Brothers,” and the name stuck.

“The radio stations called us the ‘Blue-Eyed Soul Brothers,’” Medley said. “It was a great honor. They were playing our music on those radio stations.”

The duo took some time apart in 1968, but reunited in 1974 and had another hit song with “Rock And Roll Heaven.” The duo took another break between 1976 and 1981 after the death of Medley’s wife.

The brothers were back with a vengeance in 1986 after the box office hit “Top Gun” prominently featured “Lovin’ Feelin,’” and the Righteous Brothers began to experience a career resurgence. The following year Medley would reach the top of the charts with his duet with Jennifer Warnes, “(I’ve Had) The Time of My Life,’ which was featured in the film “Dirty Dancing,” as well as the soundtrack album. The single reached the No. 1 spot on the Billboard Hot 100, won the 1988 Grammy Award for Best Pop Performance by a Duo or Group with Vocal and an Academy Award for Best Original Song.

Medley continued to record other songs for the movie industry, and in 1990, “Unchained Melody” was featured in another hit film, “Ghost.” The song was re-released to top 40 radio where it became a major hit for a second time.

Despite his solo success, Medley continued to perform with Hatfield, and their partnership came full circle when the Righteous Brothers were inducted into the Rock and Roll Hall of Fame in March 2003

“That was the cherry on top,” Medley said. “It took us a while to get into the hall of fame, but when we finally made it, we were just thrilled to death. It was just great.”

Hatfield died a short time later, and Medley was forced to carry on the musical tradition without his longtime partner and brother. Although he never performed as the Righteous Brothers without Hatfield, Medley still honored him every night during “Unchained Melody” and “Rock and Roll Heaven.”

The Re-Birth of the Righteous Brothers

Medley said after listening to the fans and other influential friends and businessmen, he began to give serious thought to reforming the group. Medley said there were “a few other guys” being considered for the position, but that all changed one afternoon when he visited the Tribute Theatre.

“Then I went to see Bucky, who I already knew for six or seven years from doing (John) Belushi (at “Legends in Concert”),” Medley said. “I went in and heard him (at “Don’t Stop Believin’ A Tribute to Journey”) and had no idea he could do that, sing as good as he does.”

After the show, Medley said he took a long walk and thought about the future.

“I thought, ‘man, if I was gonna do it, Bucky is the guy,’” Medley said. “A lot of guys can hit the notes, but I needed somebody that I could laugh with, and I could sing hard with, and love and respect.

A few days later, Medley caught Heard at the “Bad Moon Risin’” Creedence Clearwater Revival show, also at the Tribute Theatre, and realized if they were going to do it, now would be the time.

“Buck and I sat down, talked it out and flipped a coin,” Medley said. “He lost, so he had to take the job and I got him.

The Blues Brother gets Righteous

Heard, a longtime Branson entertainer, singer, songwriter, actor, producer, director and teacher, spent the bulk of his Branson career inhabiting the role of “Joliet” Jake Blues at the “legends in Concert” show before moving to the Tribute Theatre this year. Despite his pedigree as a performer, Heard said he is still in shock.

“I don’t even know where to begin ... if I think too much about it, it really freaks me out,” Heard said with an enthusiastic laugh. “Just this morning I was woodshedding and listening to ‘Rock and Roll Heaven,’ and I started thinking about this little nine year-old kid from Alabama, in a little town, sitting upstairs in my bedroom listening to my 45 record, trying to sing like Bobby Hatfield.

“And here I am several decades later, I’m going to be standing next to a Rock and Roll Hall of Famer responsible for those songs we’ll be bringing back with new arrangements for a new generation of fans to listen and love.”

Much like Medley, Heard wants folks to know he could never replace Hatfield, nor will he try.

“I would never even think I could replace someone like Bobby,” Heard said. “I even asked Bill if I could say something to the audiences before I sing his songs to let the audience know how I feel. I want to pay tribute to Bobby because I grew up listening to him, just like they did. I hope he’s looking down and is proud of the choice Bill made, and I’m going to do my best to bring that music back.

“Bill told me he didn’t want me to sound like Bobby, he wanted me to sing like Bobby, and that is very indicative of what his goal is with this project, to bring back the essence of what he did.”

Despite an unknown future, Heard says he still plans to call Branson home and remain a vocal instructor at Dance Branson, although his future as a “Branson entertainer” is somewhat up in the air.

“I’ve been at the Tribute Theatre this year, and I really love all the guys and the shows there,” Heard said. “I enjoy singing those (Creedence) songs, and I know what it means to all the vets, and they’re are all very happy for me at the theater, but we’re just going to play it by ear and see how everything goes.”

In addition to performing on stage, Medley and Heard have been hard at work re-recording many of the Righteous Brothers’ greatest hits, as well as a new tune called “Love Wins All,” which is slated to be released sometime in the next few months. That song features Medley, Heard, and five young singers from Dance Branson.

“It was really cool for my kids to come in and sing on this track,” Heard said. “They learned a lot from Bill, just like I have.

“It was like working with a maestro ... he told me ‘I don’t know how to do many things, but I can teach you how to sing like a Righteous Brother.’”

The Righteous Brothers are booked to play Friday-Sunday for three months at Harrah's Las Vegas Hotel and Casino, which has the potential to be extended.

“It is a residency job, so if it works, they’ll hire us for life, and if it doesn’t work, they’ll throw us out for life,” Medley said with a laugh. “If it doesn’t catch on, for some reason, then we’ll take it on the road and do one-nighters. This is going to be fun, and I’m not replacing Bobby, you know Bucky is just filling in until Bobby and I are back together, and with any luck, that will be in heaven.

Hello Bill - Shades from your past - I worked at the Cocanut Grove in the 60;s and took a lot of pictures of you. Good to see you're back. can't wait to hear the CD. John

Man I used to watch you with Darren Dowler (Raiders) and I would have sworn if you did this you two would have done this together. There was magic on stage when you sang together. It would be awesome.