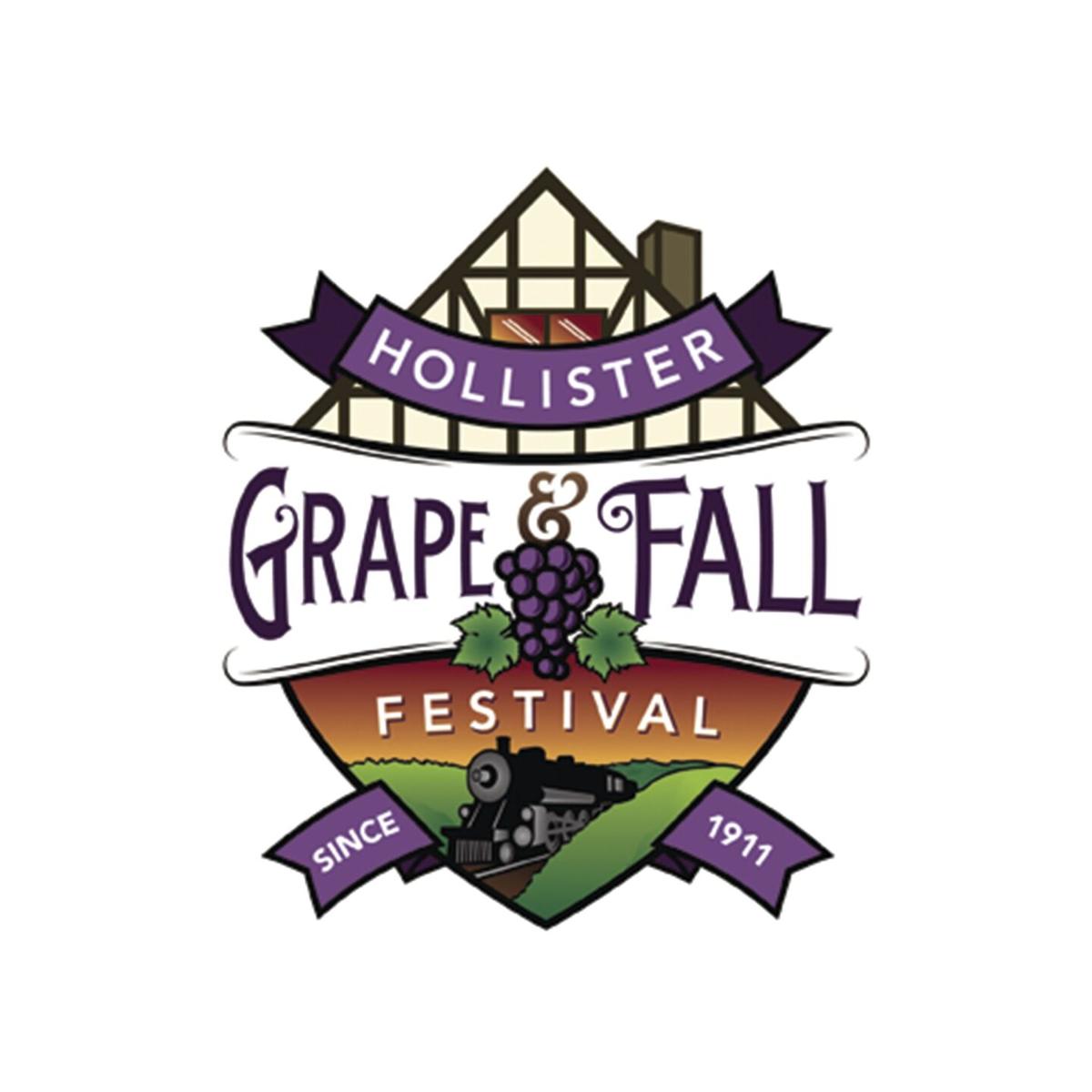 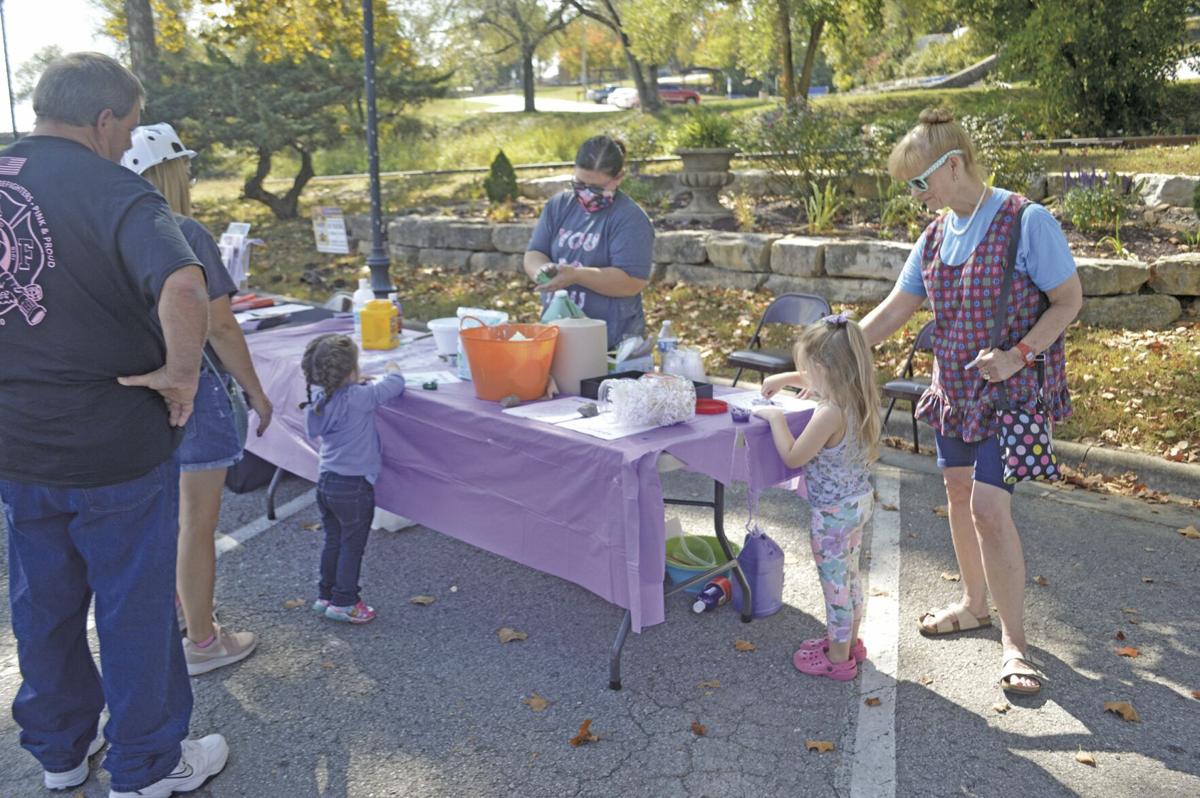 This year's Grape and Fall Festival will have over 100 vendors. 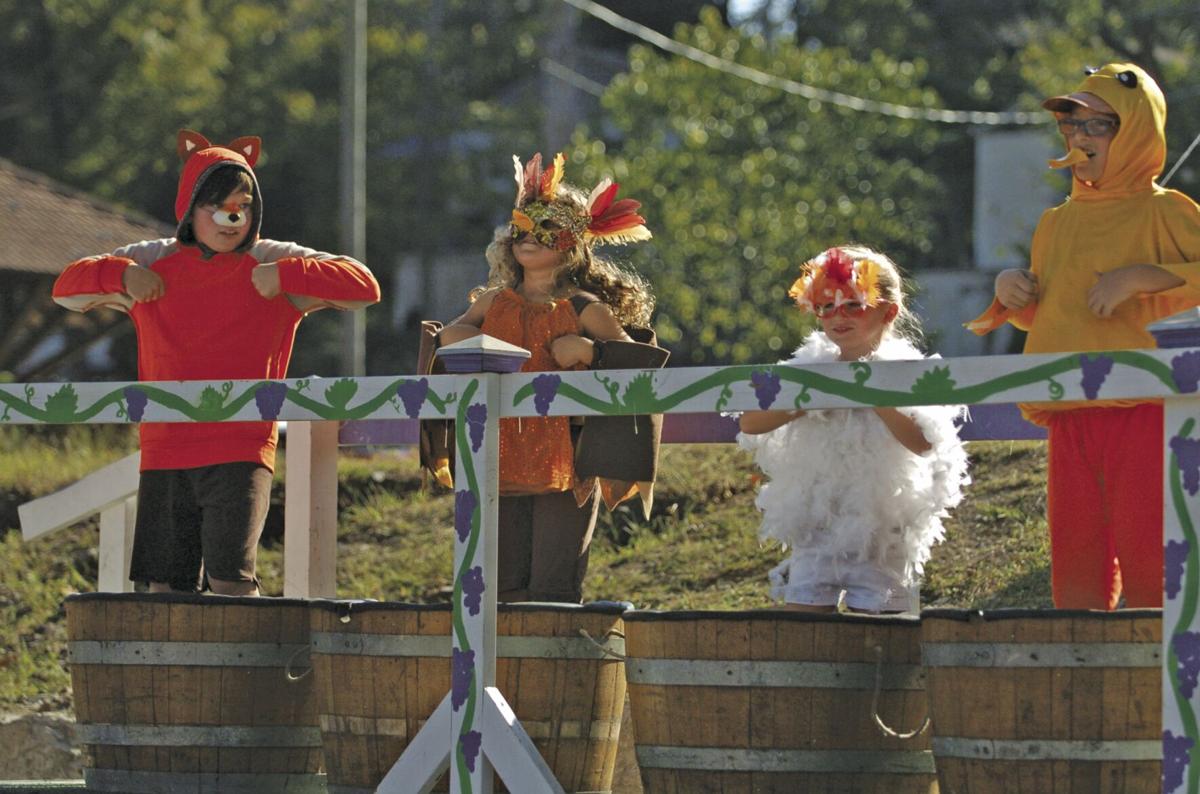 The Grape Stomp is a traditional team activity which takes place at the Grape and Fall Festival.

This year's Grape and Fall Festival will have over 100 vendors.

The Grape Stomp is a traditional team activity which takes place at the Grape and Fall Festival.

Area residents and visitors are invited to a stomping good time in downtown Hollister.

Hollister Area Chamber of Commerce Chairman of the Board John Hagey said the event marks the 110th anniversary of the Grape Carnival, which was the event which inspired the festival.

“We’re super excited,” Hagey said. “This is something, it’s not gone on for the full 110 years, but there was a little bit of a hiatus because of the depression and wars and those kinds of things but it kicked back up in the early 90s and has been going strong ever since.”

Hagey said the event will host over 100 vendors and activities for attendees of all ages.

“We have a little over 100 vendors that we’ll have on Downing Street,” Hagey said. “We’ve got bounce houses, we’ve got face painting, we’ve got craft vendors and food exhibitors from all over the place. We’re just excited to fill Downing Street and kind of get people back to a little bit more normalcy.

“The weather is supposed to be absolutely beautiful, it’s going to be sunny and 86 degrees on Saturday, which marks one of the warmest grape and fall festivals I believe that we’ve ever had. So, it should be a fantastic time. It is a great excuse to come to Downing Street, have a little bit of lunch, and hit some of the ice cream vendors we’re going to have down there.”

There will be several choices for food during the event, according to Hagey.

“There will be a little bit of everything,” Hagey said. “Western Taney County Fire Protection District is going to be grilling, German style brats and hot dogs. We’ve got London Calling, with their English pasties. We’ve got Andy Snack Shack that will have more conventional carnival wares and festival wares, if you will. We’ve got Kilwin’s who will have ice cream down there. Twinkle Market, located on Downing Street has ice cream as well.  All of these will be there on top of the fantastic food vendors are ready on Downing Street. We’ve got Little Hacienda, Downing Street Pourhouse, Grandma’s Goodies and Gumbo, Hook and Ladder, and then our unofficial official beer and wine garden this year is going to be at Seven Arrows Taproom. Seven Arrows Taproom is going to have some specials drink specials, they’ll have a small presence up on the street they’re going to have a presence down at their, their patio and inside their shop so we’re excited to get people down there,”

Hagey said the organizers are excited to have some fun with the community with the traditional aspects of the event.

“We’ve got three signature events which happen during the Grape and Fall Festival,” Hagey said. “Outside of the street festival, the day starts off at 9 a.m. with the Color Me Grape 5K Color Run. We’ll have some stretching and some fun stuff that will lead up prior to the run, starting at 8:15 a.m. The run will culminate down on Downing Street, as those runners get down there to finish. Runners will  get a specially created donut just for Grape and Fall Festival from Hurts donuts.”

The event will kick off at 10 a.m. and will include two of the more unique features of the day, the dog pageant and the grape stomp.

“We’ve got our Dogs Gone Grape Pageant,” Hagey said. “This is, I believe, the fourth or fifth year that we’ve been able to incorporate this into the festival. We’re excited to have this back. So bring your dogs down and have a good time. Hurts Donuts has actually created a special pup treat for all of our ‘paw’ticipants that are going to be participating that day.

“Of course, you can’t come to the Hollister Grape and Fall Festival without talking about our grape stomp. We’ve got fantastic teams that are going to be vying for the ‘ugly monkey trophy’ again this year. We’ve got over $100 in food and prizes for our Grape Stomping Teams to be vying for.  We will have a winner in both the adult and the kids division and prizes will be awarded to the top two teams in each one of those.”

Hagey said they still have room for a couple more teams on those but that is filling up very very quickly.

“The Grape Stomping event will culminate at 4 p.m. and so we’re really excited to have this. It is  kind of one of those highlights of the festival. It’s one of only three live grape stomps, I believe, that still happens across the country, so we’re excited to have it here.”

Hagey said the Grape Stomp is a messy but fun aspect of the festival.

“We actually will have an award for the messiest grape stomper again this year,” Hagey said. “We want to see those feet fly and we want to see grape juice splatter. We’re gonna have a special section marked off for those who aren’t faint of heart to be right down in front, for those who don’t mind a little mess.”

The festival will also feature live entertainment on two stages throughout the day.

“We’ve got entertainers, starting from 10 a.m. and running through 6:30 p.m.<” Hagey said. “We have two fantastic stages for that entertainment to happen. The north side stage, which is right across from Hook and Ladder, will be full all day. SIX will be performing again this year and finishing off the festival at 6 p.m. They’ll finish up about 6:30 and that’ll mark the conclusion of the festival. On the south side stage, we’ve got entertainment that will be running all day, as well. We’re super excited to have both of those.”

The Grape and Fall Festival is a free event, unless someone wants to participate in one of the three special events, according to Hagey.

“It is absolutely 100% free,” Hagey said. “There is no cost to participate unless you’re doing the Grape Stomp, Dogs Gone Grape Pageant or the Color Me Grape 5k Run. There are some small nominal fees associated with those three events but the festival overall is 100% free. All of the kids’ activities are going to be free. We’ve got some fantastic vendors, we’ve got some amazing sponsors, and the best part about it is just bringing people to beautiful Hollister Missouri. Letting them soak in the ambience that is Hollister, and what we’ve got going on down on historic Downing Street. Downing Street is kind of the starting point of Taney County, if you will, that’s where everyone arrived by train and, and really started to settle out from there.”

Hagey said attendees of all ages will find something to do and enjoy at the festival.