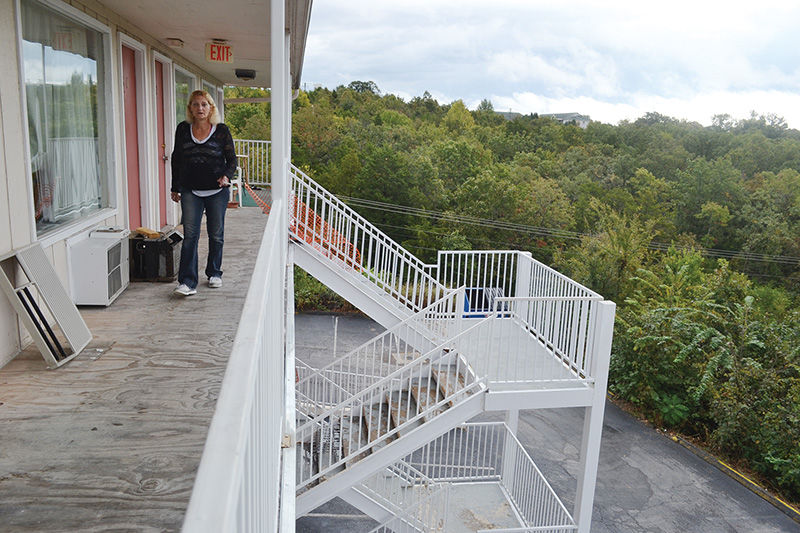 JoyLynn Long walks along a balcony at Midwest Inn, her place of residence for the past two years. The motel is facing numerous ordinance violations with Branson Code Enforcement and bedbug complaints. 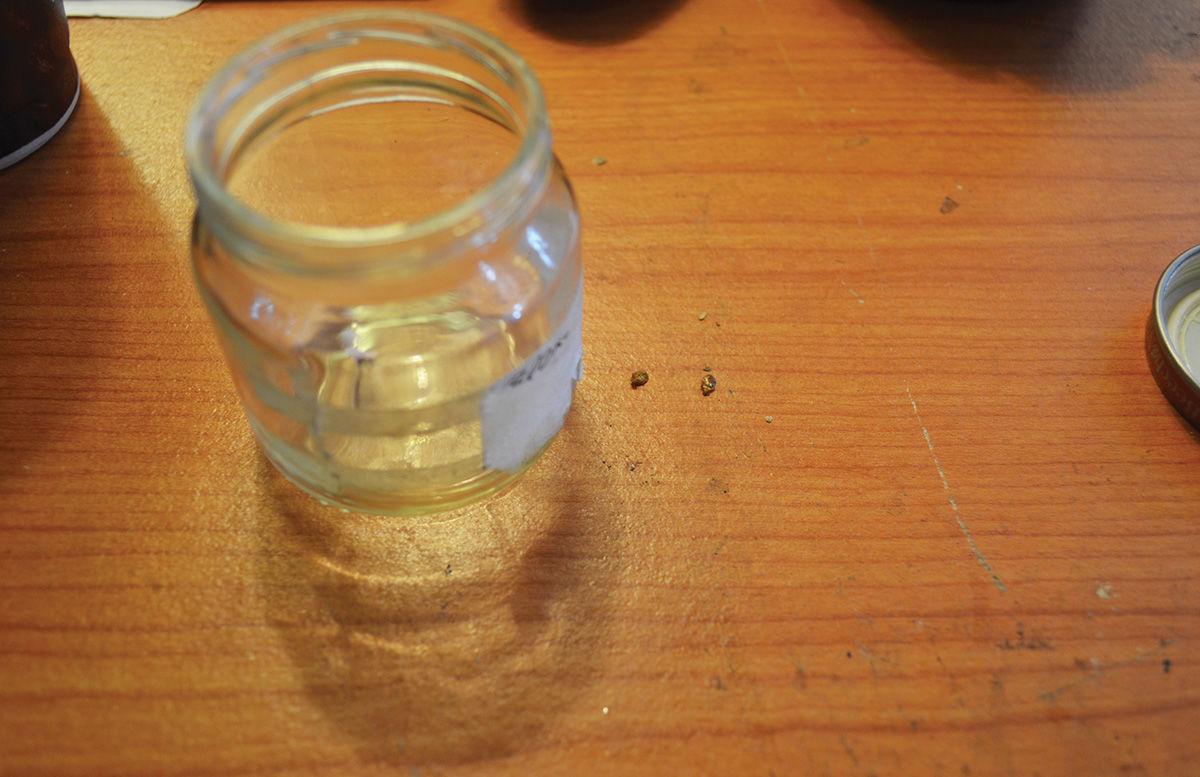 Two bedbugs lie dead next to a glass jar in JoyLynn Long’s room. 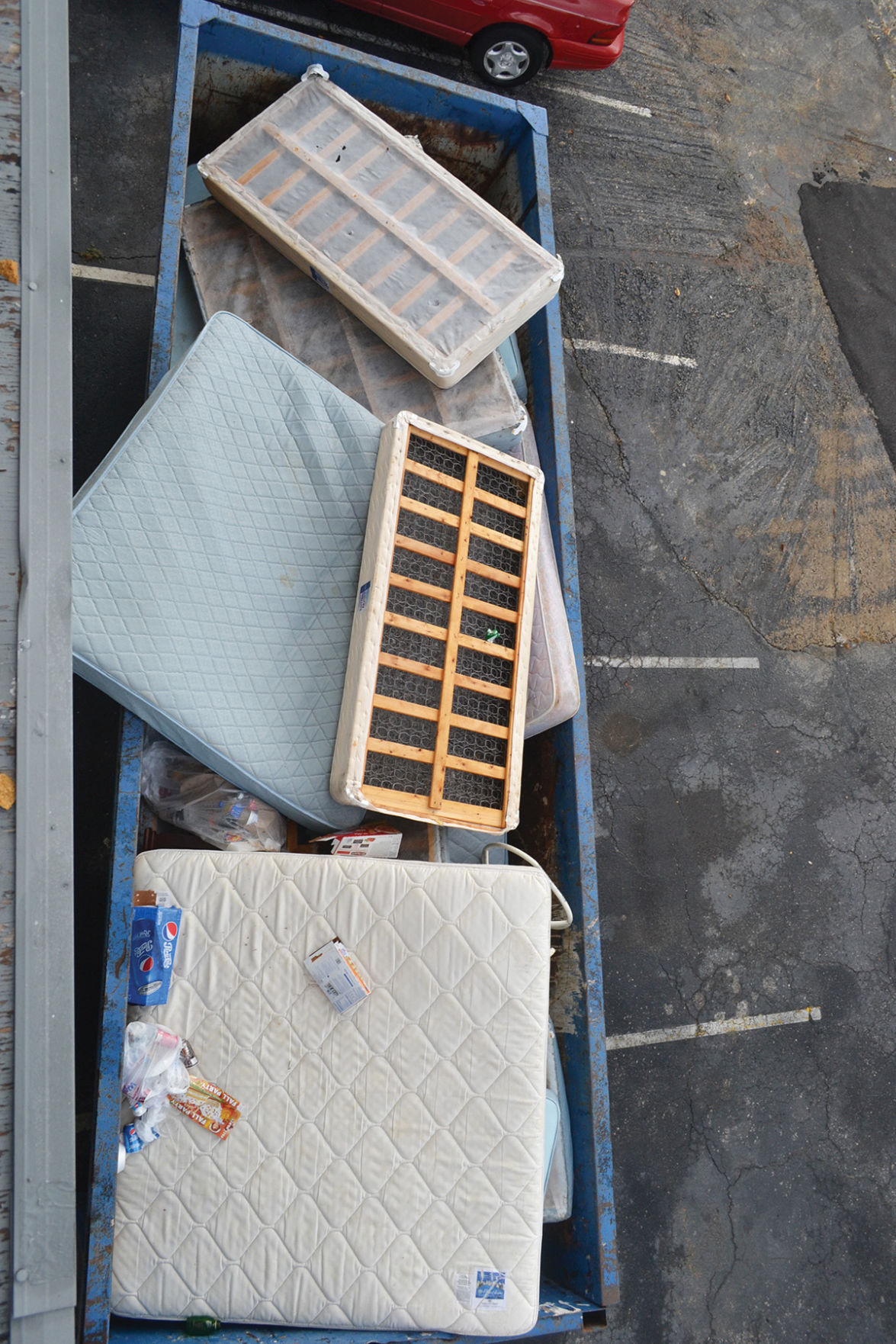 Mattresses and box springs overflow from a trash bin at Midwest Inn Oct. 5. 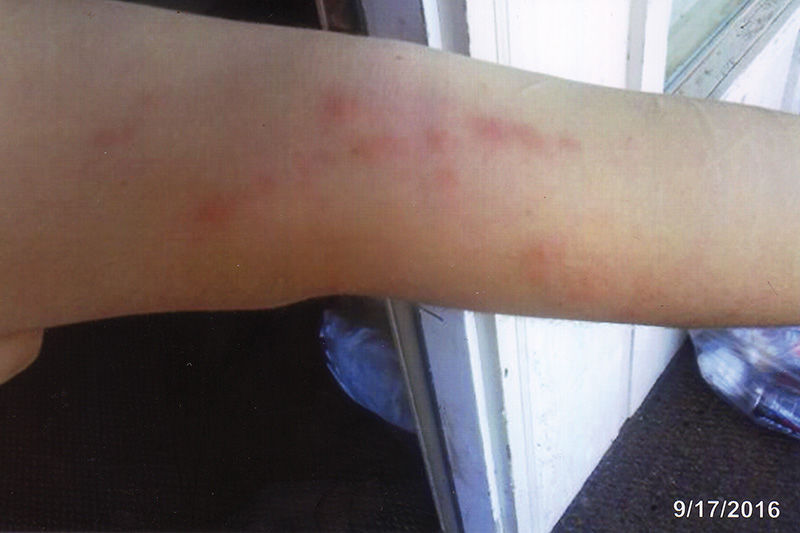 Bug bites are seen from Sept. 17 of residents at Midwest Inn. 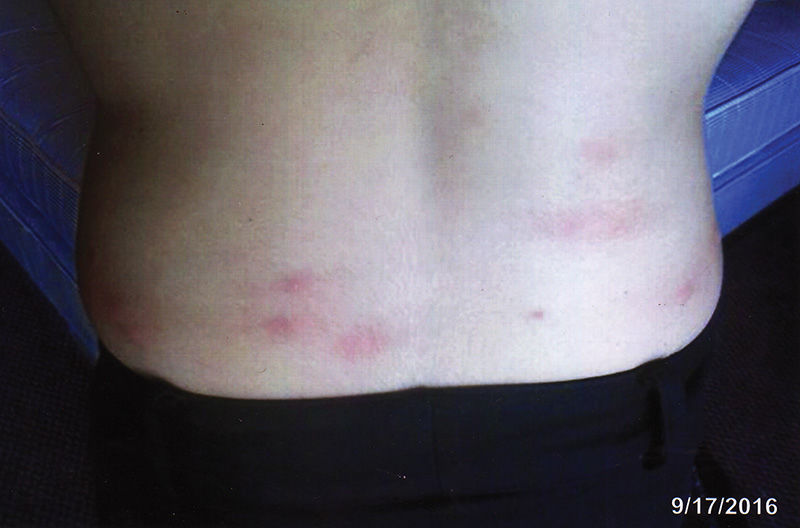 Bug bites are seen in the above photos from Sept. 17 of residents at Midwest Inn.

JoyLynn Long walks along a balcony at Midwest Inn, her place of residence for the past two years. The motel is facing numerous ordinance violations with Branson Code Enforcement and bedbug complaints.

Two bedbugs lie dead next to a glass jar in JoyLynn Long’s room.

Mattresses and box springs overflow from a trash bin at Midwest Inn Oct. 5.

Bug bites are seen from Sept. 17 of residents at Midwest Inn.

Bug bites are seen in the above photos from Sept. 17 of residents at Midwest Inn.

A Branson motel is facing numerous ordinance violations as well as several bedbug complaints from residents. Midwest Inn has failed to resolve any of the approximately 30 citation offenses since January 2015 according to a municipal ordinance violation report.

Current and former residents at Midwest Inn said that the business is allowing a bedbug infestation to grow despite their numerous pleas to treat the problems. Residents JoyLynn Long, Twyla Sumner, Jamie Lee and others shared their experiences with the Branson Tri-Lakes News Oct. 5 at Midwest Inn.

Long had lived at the motel, located at 730 Missouri 165, for two years. Since nearly the beginning, she said, there have been bedbugs.

“It’s a problem,” Long said. “Everyone gets fed up and moves. Somebody’s gotta take a stand.”

Long described an incident on Oct. 3 in which she was talking to a family visiting from Illinois and had checked into Midwest Inn. She said “you might want to check for bedbugs. They went back to their room, pulled the sheets — bedbugs.”

The family was taken to a second room, which also had bedbugs, she said.

In the two years she lived there, Long said she spent “at least $500 in bug spray” trying to treat the infestations herself.

As protest, Long and other families chose not to pay rent at the end of the summer, hoping the manager would treat the problem. However, Long said she received a document called a Petition For Rent and Possession and Judge Eric Eighmy ruled against her in Taney County court. The judge asked if she was paying rent, and Long “wasn’t going to lie,” she said, and thus, the protesting residents were told to leave within eight-to-10 days. Although she and others are now living elsewhere, some families still remain, as do the bedbugs.

Midwest Inn “can’t get away with treating people this way,” Long said, while crying. “What’s right is right. What’s wrong is wrong.”

The Taney County Health Department has responded to 10 complaints about bedbugs at Midwest Inn this year. Environmental Division Manager Craig Rhoads said an inspector responded to a call as recently as Monday, Oct. 10, that three rooms contained bedbugs. Upon investigation, the inspector found that one out of the three contained evidence of bedbugs, including bites on a child, Rhoads said in a phone interview Thursday.

Rooms must be treated for bedbugs; however, “with the lodging code, the owner is allowed to treat the room in a way they feel is necessary,” Rhoads said.

With the high number of hotels and motels in Branson, Rhoads said it’s difficult to say just how many calls the health department receives concerning bedbugs.

Approximately 30 code citations have been issued to the Midwest Inn, according to documents from Branson Code Enforcement.

Last summer, Crawford said he spoke with then-owner James Stage about the violations found. Some violations included loose exit lights, an emergency light that didn’t work, warped and rotted walkway ceilings that are pegboard, and more.

“We agreed to handle this as a verbal confirmation on his word that these issues would be addressed,” Crawford stated.

He again submitted citations to both then-owner James Stage and JS3 Investments LLC.

At the beginning of 2016, the supervisor returned for a follow-up inspection Jan. 11.

“I did not find any of the violations resolved, but did find additional violations,” Crawford wrote in his report.

“Mr. Stage asked me why we don’t discuss the issues like we used to, instead he just gets notices and then citations in the mail. I told him that we have talked about the problems, but they aren’t being resolved - at that time I showed them the exit sign above me that was hanging from its wiring. I said that it has been like that for months,” Crawford stated in his report.

He also pointed out several other violations that haven’t been resolved.

“Mr. Stage was a bit argumentative from time to time, while Mr. Shipman remained civil. However, Mr. Shipman did say that if we continue writing citations it will cause significant problems between him and the city,” Crawford said.

“I replied that if the issues would simply be fixed then we wouldn’t have to deal with all of these notices and citations.”

After bidding farewell, Crawford continued his inspection and found “that none of the prior violations had been resolved,” he stated.

The motel has had three different owners in a four-month period, according to Crawford. Up until April of this year, James Stage was the motel owner and George Shipman was the mortgage holder, documents stated.

On April 14, Stage informed the codes enforcement supervisor that he was officially “removed from the business license, with the property being back in operation by George Shipman.” After checking records, Crawford saw that the property owner was Wesleyco, LLC, which is Shipman’s business address.

In May, Crawford performed a follow-up inspection and found that none of the documented violations had been resolved, documents stated. On May 23, he began writing citations and saw a different business mailing address. The updated business owner was Mid-Co Services Inc.

Shipman and his company, FDJ, LLC owes $186,268.69 in penalties for unemployment insurance as of May 3 to the Missouri Department of Labor and Industrial Relations Divison of Employment, according to court records.

Shipman nor Stage returned calls to comment on the complaints and code citations by Branson Tri-Lakes News press time.

This is disgusting...How has the facility remained open? Is it common for motels in Branson to have people who live there long term? How did the judge not find in favor of Ms. Long? I will definitely be doing some very extensive research before staying in Branson our next trip. We typically stay at the same place every time, but have considered others. I am certainly glad to find this article and will be passing it along via my Facebook account.

this seems common in many places and it is treatable w/o costing owners or property managers and arm and a leg. The hardest challenge is a general lack of knowledge by owners and pest control providers who do not want to use an Integrated Pest Management System or have not had the proper training. Also, there are mattress covers made especially for this and I'm not sure why hotels and motels aren't using them. Dr Oz, for those who are fans, does a good show on this national problem and any business owner, local government official and especially a lodging owner or property manager should watch it, just utube it. Also, many good articles on this are written by universities that have an entomology dept. and are easily found on the net. How much future revenue is lost when a tourist has a bad experience?