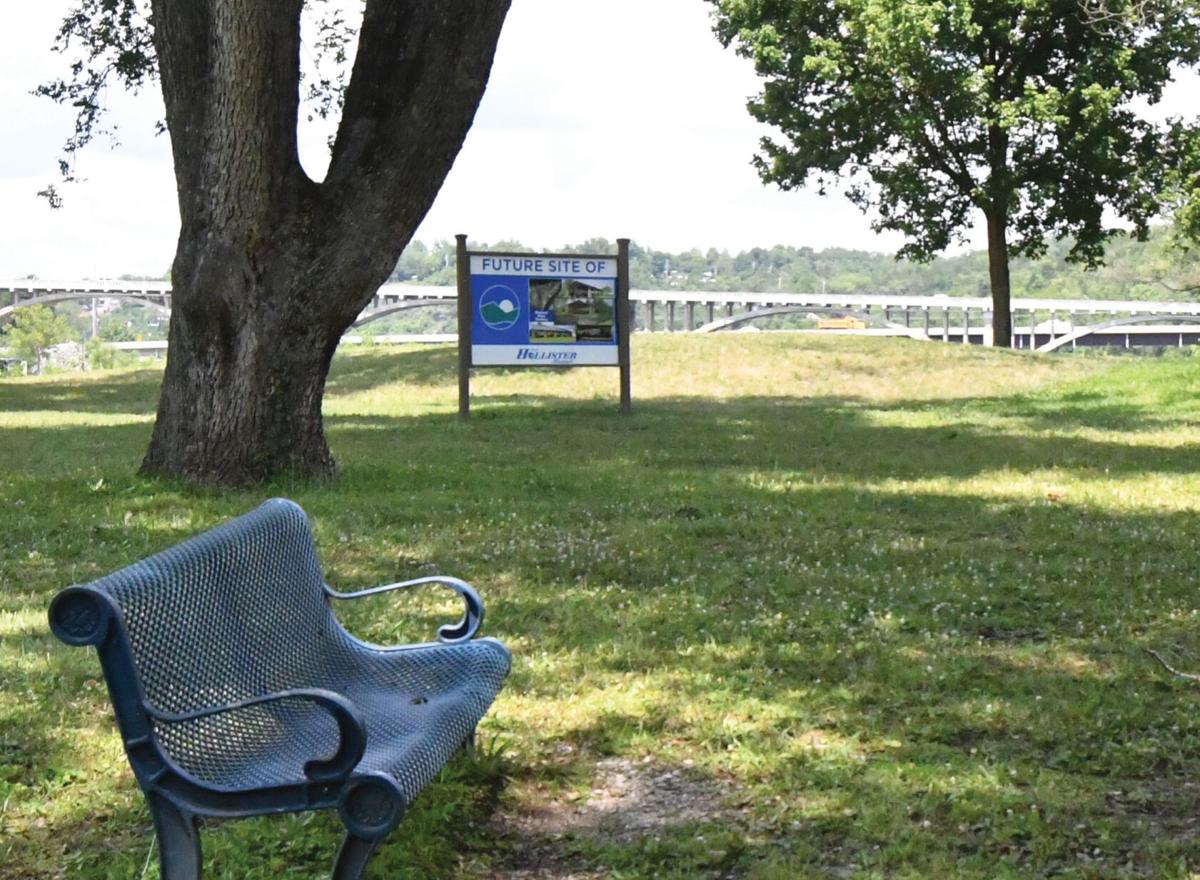 The future site of the Hulland Park pavilion will be positioned close to the place the original stone Hulland house stood. 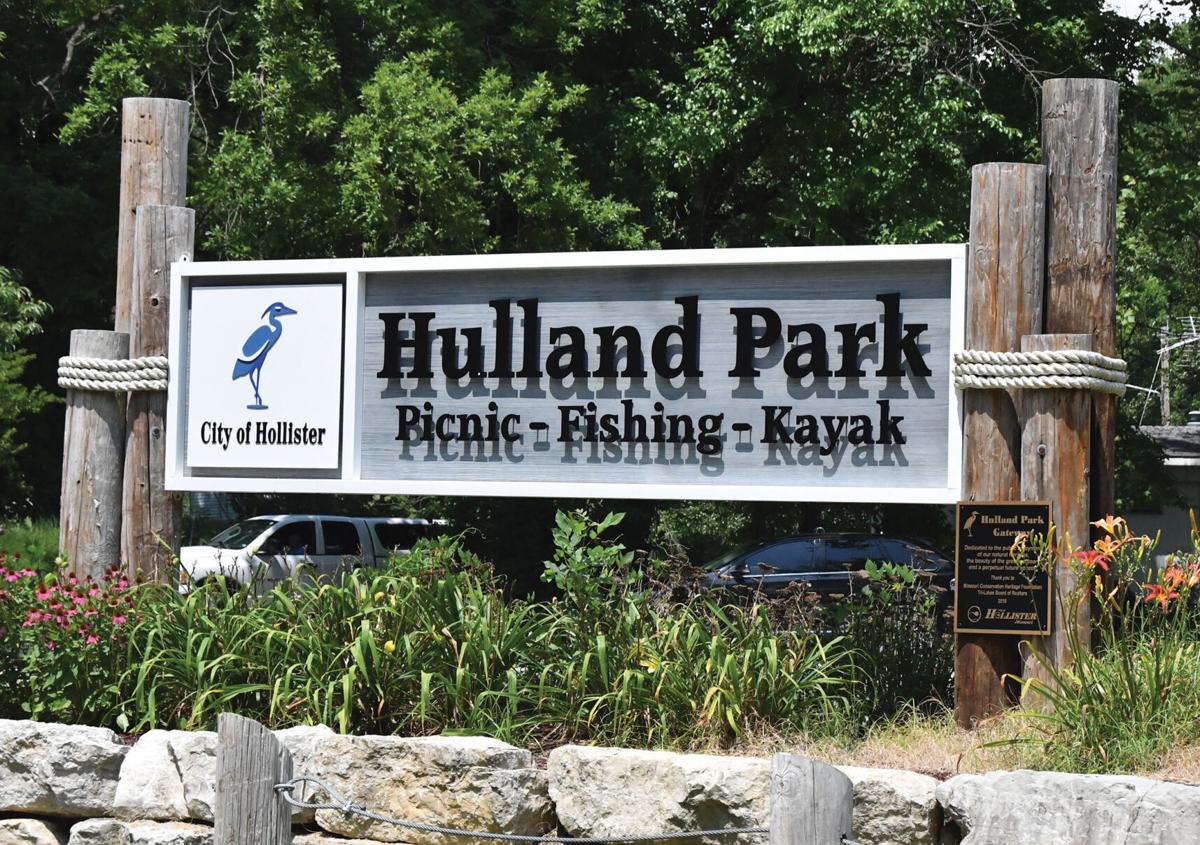 Funding for the Hulland Park pavilion has begun and the city of Hollister is asking for community support. 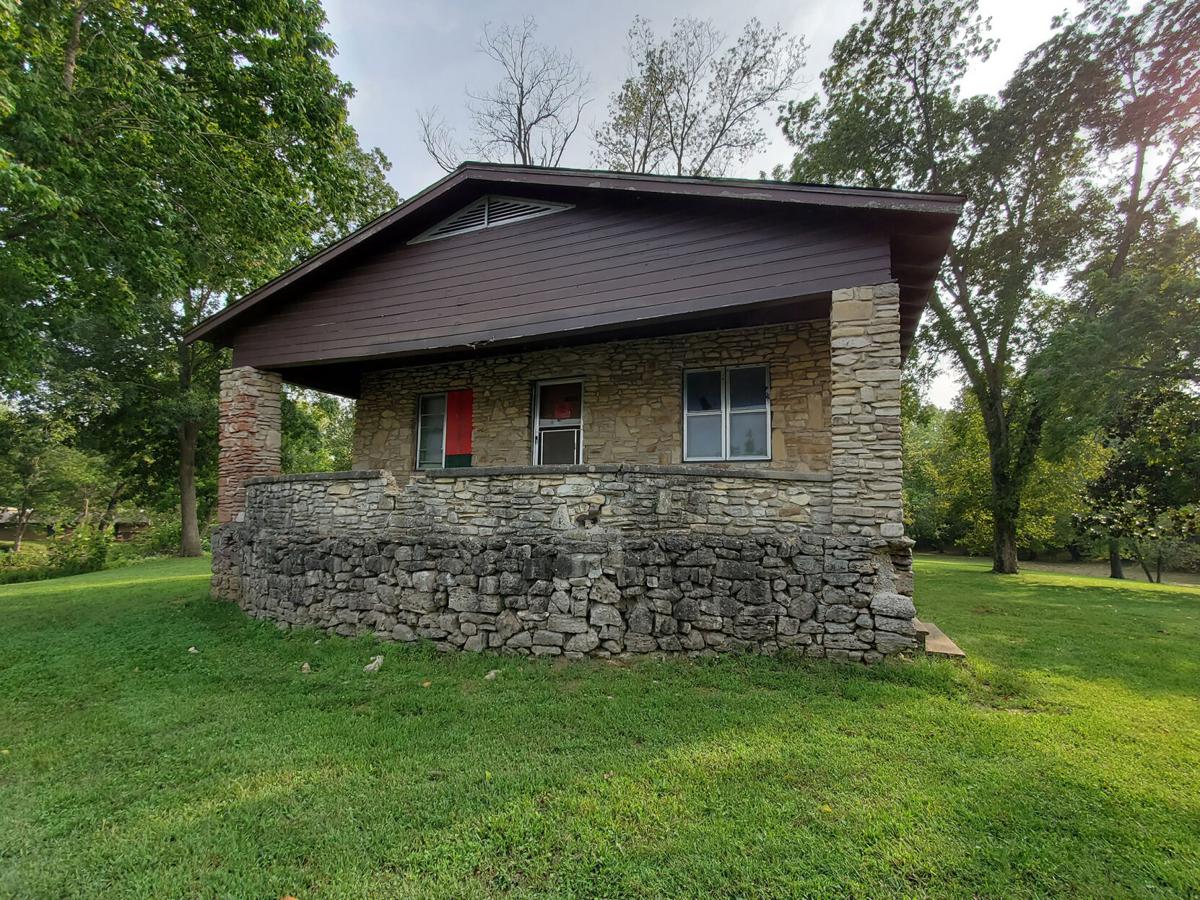 The original hope was to keep the Hulland house but due to safety and cost the decision was made to tear it down and build a new pavilion where it once stood.

The future site of the Hulland Park pavilion will be positioned close to the place the original stone Hulland house stood.

Funding for the Hulland Park pavilion has begun and the city of Hollister is asking for community support.

The original hope was to keep the Hulland house but due to safety and cost the decision was made to tear it down and build a new pavilion where it once stood.

The city of Hollister is asking the community for help funding a plan to improve Hulland Park and to build a sheltered area where the original Hulland house once stood.

Hulland Park is located on Hulland Drive, off of Railroad Avenue. The park sits on the point of the banks of both Taneycomo Lake and Turkey Creek.

The city of Hollister had a design and concept created to include a sheltered pavilion area for gatherings which will include restrooms, central services for park users, plans for sound and lighting for special events, according to an information packet available at Hollister City Hall.

“It will be available for special events. There will be an area where people can set up a buffet style food area, it will have picnic tables and will be sheltered from the weather. I think the most important part for everyday use is the restrooms,”  Denise Olmstead, Hollister Deputy City Administrator said. “Right now, Hulland Park doesn’t have a restroom or access to one. It is the number one requested item we get for our parks. With its location along the lake and creek, bathrooms need to be on central services to keep the cleanliness for the environment.’

According to the packet, Hulland Park provides a space for residents and visitors to fish, kayak, canoe or a greenspace to enjoy with family.

“We understand the importance of green spaces and the access to nature for the general public and visitors,” Olmstead said. “The usage of (Hulland) park has become phenomenal. You can come down here at lunch time during the week and the parking lot is full. There is definitely a demand to be outside in green spaces and the park board is happy to provide that.”

“Each of our parks have a role in our community. The park by city hall, with the canopy, is for public flexible open space for entertainment with sound and lighting. Hulland Park is for water access and that isn’t going to change. It is still going to have an open nature space but the pavilion can host a greater utilization and enjoyment of this,” Hollister City Administrator Rick Ziegenfuss said.

The pavilion has been designed to be reminiscent of the original Hulland house, according to the packet.

“The Hulland house sat at the point and the pavilion will be situated similar to that so that the ‘front porches’ would line up closely to kind of take on the image of the old house with the stone look,” Olmstead said.

Olmstead said the city looked at different ways to keep the original Hulland house, a rock home built in 1923, but it was not a feasible option.

“We really looked at any and every way possible to see if we could engineer the structure that was here to utilize it as a pavilion, but based on the age and the wear and tear on the house it was just more cost effective to tear it down and start something new,” Olmstead said.

The house was torn down last fall as part of the kick off to the five year plan of fundraising efforts.

“We kicked it off last September.” Olmstead said. “We had our annual employee barbeque here at Hulland Park and incorporated the demo of the house into that. We auctioned off swings so to speak with the bucket of the backhoe and allowed people to kick off the fundraising.”

The project for Hulland Park consists of two phases.

“The goal to get the structure built and up and going is roughly $700,000. There will be additional funds needed for landscaping,” Olmstead said. “We will also be widening and enlarging the parking lot and probably put a permanent surface on the parking lot versus the gravel. Those would be an additional expense. To get the pavilion built and up and going is $700,000 so that is our goal.”

The estimated cost breakdown of phase one includes:

These costs may change depending on when the city begins construction and the cost of materials at the time.

Ziegenfuss said the city has been working to prepare the park for the upcoming project and has done some small things, including moving some light poles away from the road to prepare for widening and making the parking lot a hard surface.

“There are pieces of the bigger picture that are in the plan that are being executed right now so we are nibbling away at that (overall plan) as we get a chance to do it,” Ziegenfuss said.

The city is able to do a lot of the work themselves to save on construction costs, explained Ziegenfuss.

“The original house had some services to it but they were outdated and the new structure will need to have updated utilities brought up to code,” Zeigenfuss said. “The electricity to the pavilion will be a cost. The water, we (the city), will do ourselves because we are the water company here. Water and sewer are both things the city would do itself, which are usually big expenses.”

Also helping to keep the cost down is the fact that the site where the pavilion would be built has 12 feet of soil, Ziegenfuss said.

“It is basically sediment, which was not good for the footings of the original house. But for us to be able to dig, it is good,” Ziegenfuss said. “That will help us with the cost.”

Olmstead said part of the cost of construction for the pavilion is the fact it is being designed with consideration to the floodplain of the point.

“It will be built in such a way that it can handle flood waters and then be maintained quickly to return to use,” Olmstead said.

The conservation of the land and water around the park have been carefully considered with the plans, according to Ziegenfuss.

“When we bought the point in 1923, it was stabilized using asbestos shingles,” Ziegenfuss said. “At that point all of the asbestos roofing shingles were just soaking into Lake Taneycomo. We removed all of that and cleaned it up.”

Ziegenfuss said there was also an old dock that was damaged in flooding that the city purchased so they could clean up the area.

“The dock was filled with old tires. We recovered 60 tires in Turkey Creek. We hope doing responsible (conservation) with today’s technology can help protect it for future generations.”

The goal of the city now is to find private and public partnerships, grants and donations for the capital fund campaign, as the use of general sales tax is not preferred and will only be used to supplement any shortfall in funding for the project, according to the packet.

Olmstead said the city is looking at different options for funding for the substantial community project including grants and a community capital fund campaign.

“We are looking at all our options for funding. Several grants are matching so you have to have a percentage or an equal amount available to present to the grant boards. For a small community coming up with that portion of the grant will take time,” Olmstead said. “First of all getting the community involved to get that portion and then the management of the grants can be a bit cumbersome but we are open to every avenue. We are researching on a constant basis and trying to find where different pieces can fit to fund it.”

Olmstead said the city is prepared for the fundraising to take a few years and donations don’t have to be monetary. If community partners are interested in in-kind donations of labor and materials, the city would be happy to factor that into the project.

“We figured it would take two to three years to raise the funds to be able to have a substantial amount in the bank so to speak,” Olmstead said. “This way we can begin the project and not have to look for funds or scramble when the time comes. We are looking to have a good base of it already funded and then hoping that it would be completed in that five year time frame.”

So far the city has saved approximately $107,000 that is allocated to the Hulland Park project.

“We save as we find our sales tax months are good. We can put money in savings so we have allocated $100,000 in a fund for the Hulland house pavilion project,” Olmstead said. “The employees also held a raffle and silent auction. So many of them gave (funds) to give back to the community. We have continued to do an optional employee payroll deduction, where they can donate out of their payroll each check. That has raised just over $7,000, with just what the employees are doing. That has kick started it off, but we still have a ways to go.”

Ziegenfuss said the city realizes not every member of the community can donate a lot, but every bit helps get to the goal of creating a park that will be a part of the community for years to come.

Olmstead said the project is a passion project for many members of the park board, several members on the board of aldermen, elective officials and staff in general, including herself.

“This is a passion project of mine so I would love to be able to talk to people and give them an idea of what it means to the community,” Olmstead said. “I ask residents to come to Hulland park to spend a few moments among the pecan trees, along the banks of Lake Taneycomo and Turkey Creek and just take in the atmosphere. It is a great opportunity to see what it is and get an idea of what the pavilion would be like on the point.”

The project is estimated to break ground in 2022 after an extended period of fundraising. The project is scheduled to move forward as funds are raised and time permits.