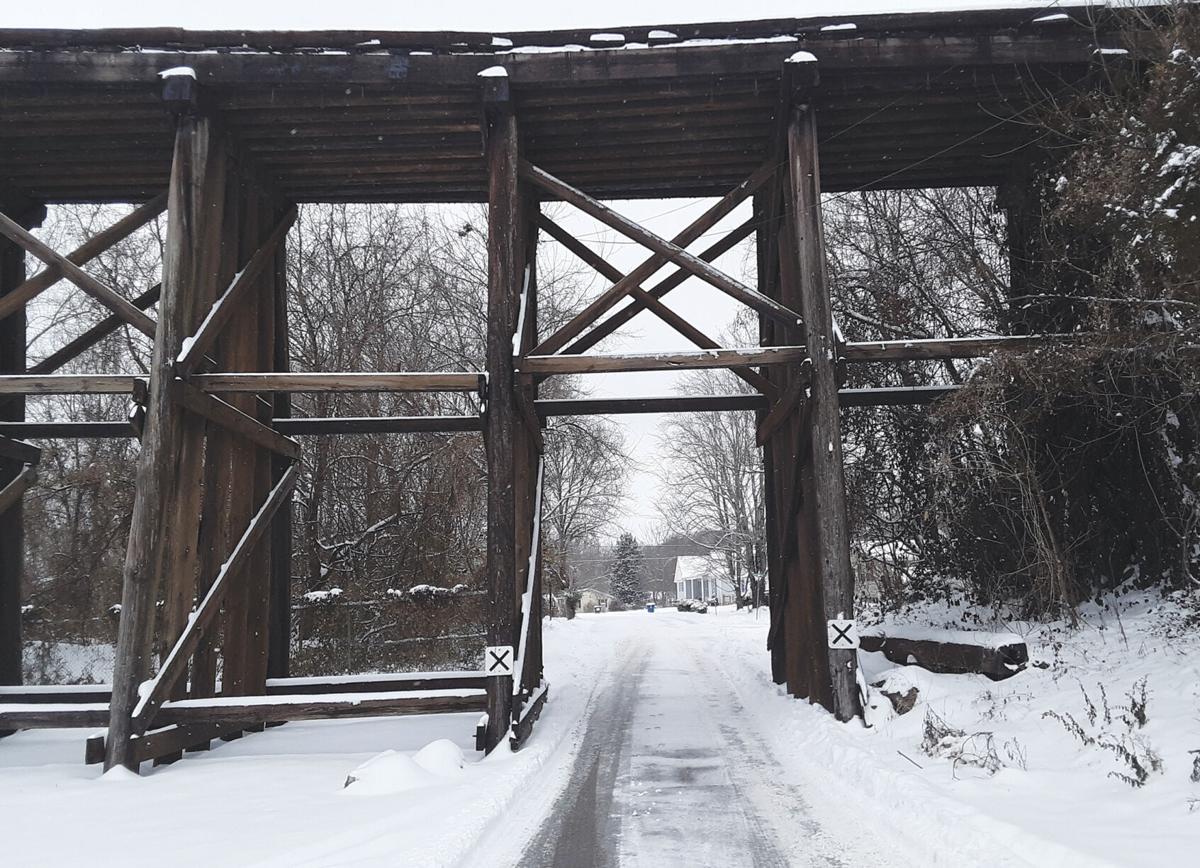 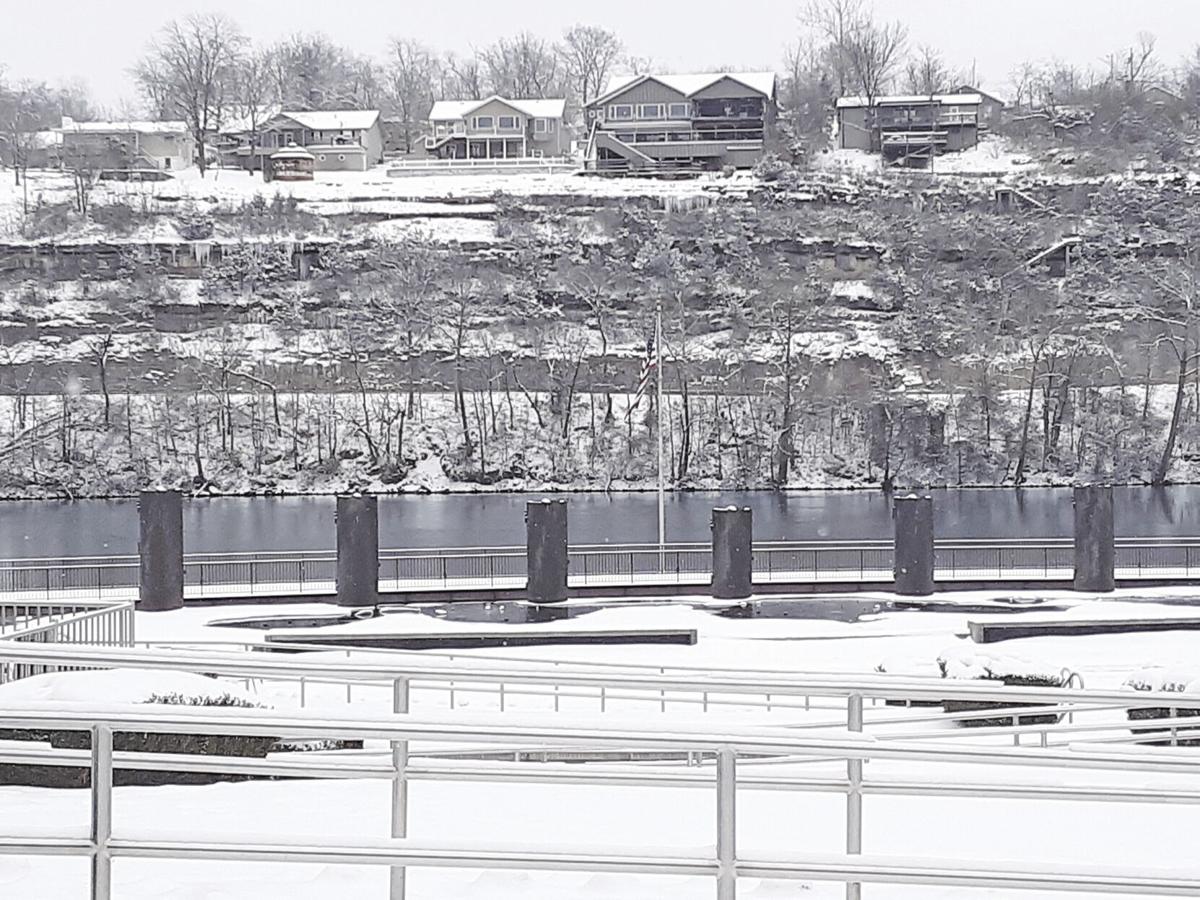 From Branson Landing on Feb. 17.

From Branson Landing on Feb. 17.

From freezing rain to ice to snow to dangerously cold temperatures, southwest Missouri has now experienced a sampler plate of everything a Midwest winter has to offer the last couple of weeks.

The recent messy and impactful weather conditions began their display of power the night of Tuesday, Feb. 9 when freezing drizzle, sleet and light snow began to fall across the region. By Wednesday morning, Feb. 10, the area saw the results of the wintry precipitation from a thin glaze to a 0.20 inch of ice on the roadways and everything else.

The rest of the day Wednesday included light freezing drizzle and light snowfall, which continued to cause hazardous road conditions as an additional 0.15 inch of ice landed. Folks were encouraged to stay home and to only travel if they absolutely had to. Precipitation came to an end by Wednesday night, but the worst was yet to come.

On Thursday, Feb. 11, the area welcomed high temperatures between 18 and 25 degrees and a light dusting of snow. While many ice covered roadways were drivable by Thursday, the National Weather Service in Springfield and other weather service entities began preparing folks that day for an upcoming weekend full of dangerously cold temperatures and heavy snow arriving in the area on Sunday and Monday.

Fast forward to the morning of Sunday, Feb. 14, after a weekend of below freezing temperatures, the area began seeing some light snowfall. However, the heaviest snowfall amounts began Sunday evening and into the early morning hours of Monday, Feb. 15.

Starting Sunday night and through Tuesday morning, the area also experienced dangerously cold temperatures. The NWS in Springfield reported dangerous wind chills as low as -25 were experienced in some portions of the Ozarks, while the Branson area saw wind chills between -20 to -15.

By Monday morning, all roads in southwest Missouri were completely covered with snow, according to the Missouri Department of Transportation. Once again people were encouraged to stay off of the roads until they could be cleared of snow.

The snowfall on Monday resulted in an estimated average of four inches in many places in the Branson area. Dangerously low wind chills continued from Monday into Tuesday, Feb. 16.

Additional snowfall then arrived the night of Tuesday into Wednesday morning Feb. 17 in the amounts of three to six inches depending on your location in the Ozarks. For the third time in a week, folks were being encouraged to stay off the roads due to snow coverage. Wednesday night saw some light snow flurries, but the snowfall, for the most part, had wrapped up by Thursday morning.

The snowfall analysis for Feb. 16 to 17 saw general snowfall amounts of three to four inches with a reported average of 3.3 inches in the Branson area.

The weekend forecast features a predicted high temp of 43 degrees on Saturday and low of 29 and a high of 44 degrees on Sunday with a low of 27. As of press time, no additional snowfall is in the NWS’s extended forecast for the upcoming week.

Due to the extreme cold, area residents were encouraged to limit energy usage during peak times of the days as utility companies – including White River Valley Electric Cooperative, Liberty Utilities and Summit Natural Gas – began issuing peak power advisories as early as Saturday, Feb. 13. On Tuesday, Feb. 16, the southwest Missouri region was subject to multiple electric outages and rolling blackouts that left many folks in the region without power.

During the early Tuesday morning hours, Liberty Utilities reported having more than 10,700 customers without power as they participated in the Southwest Power Pool’s required service interruptions. Later that morning, Liberty reported that not all of the power outages were due to the service interruptions, but that they were also dealing with isolated outages due to the extreme weather conditions.

Be sure to visit bransontrilakesnews.com for a complete look at all of the Branson Tri-Lakes News’ weather and electric outage coverage during the last week.