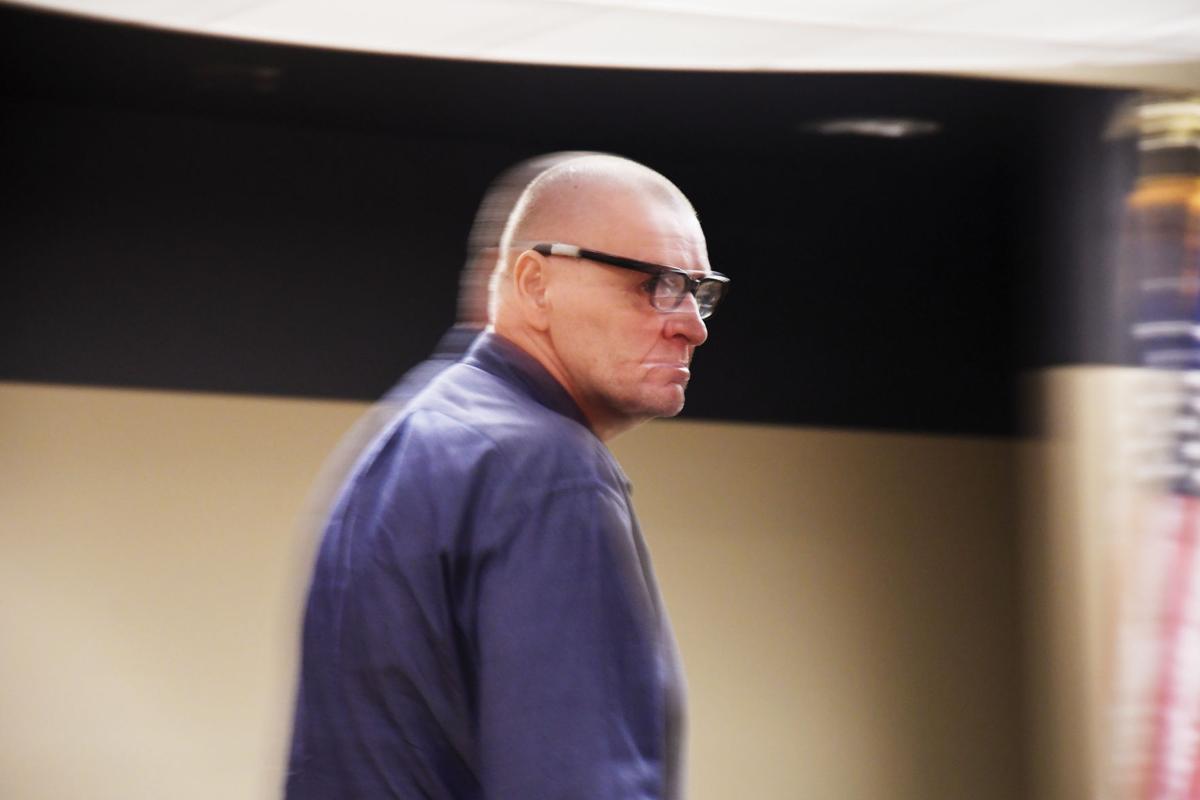 John Roberts exits the courtroom after a hearing Dec. 19 at Taney County Judicial Center. Roberts is charged with first-degree murder in the death of 6-year-old Jasmine Miller. 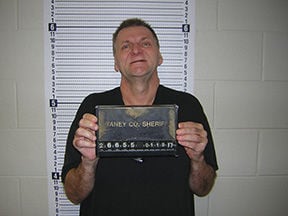 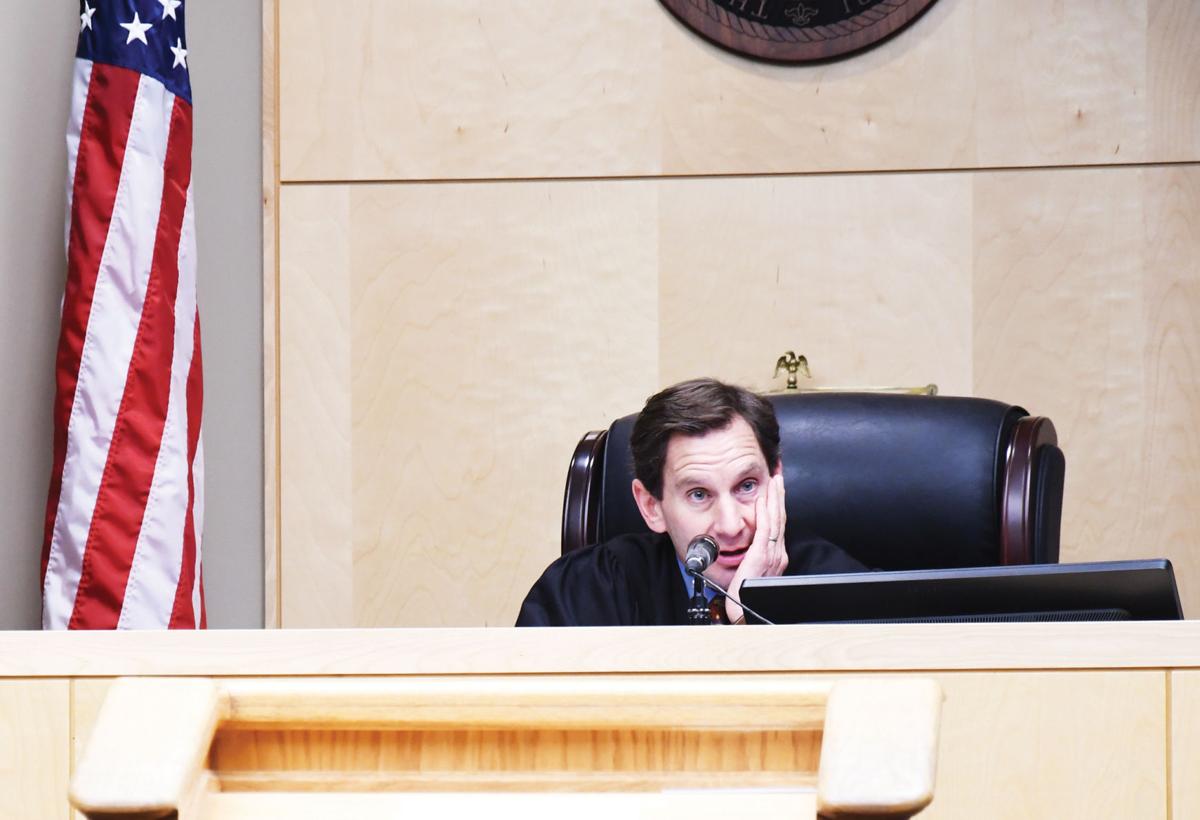 John Roberts exits the courtroom after a hearing Dec. 19 at Taney County Judicial Center. Roberts is charged with first-degree murder in the death of 6-year-old Jasmine Miller.

Nearly three years after the murder of a 6-year-old girl, the accused killer might undergo more examination by the Department of Mental Health.

John Roberts, 58, is accused of murdering Jasmine Miller in a motel room where he lived. Miller’s family were neighbors in the same motel.

During a hearing Dec. 19, Judge Jason Brown announced he is considering whether to permit an exam, limited in scope, by the Department of Mental Health, according to online court records.

“The judge basically indicated that he is entertaining the idea of the Department of Mental Health do a limited review of defendant’s situation,” Taney County Prosecuting Attorney Jeff Merrell said after the hearing.

Certain aspects of Roberts’ mental health was discussed during the hearing; however, on Dec. 8, the court ordered that media is “strictly prohibited from reporting, repeating or divulging any healthcare or mental health evidence or information mentioned or referenced in any court proceeding or filing, until further court order.”

Before Judge Brown will make a decision on an examination for Roberts, both the state and Roberts’ public defender, James Egan, must submit their opinions on the proposed order by Jan. 3.

Roberts pleaded not guilty Nov. 9 to first-degree murder. At the time, Egan objected to the arraignment based on Roberts’ competency, but his objection was overruled. However, Egan made it clear he intends to file a motion regarding Roberts’ ability to stand trial. Roberts spent months under psychiatric observation before being declared fit to stand trial.

Roberts was initially declared unfit for trial in September 2015 by the Missouri Department of Mental Health because “he lacks the mental capacity to understand the proceedings against him or to assist in his own defense,” according to an online court docket at the time. The judge subsequently ordered Roberts continue with treatment.

Then in July 2016, the online docket for Roberts’ case showed that an order filed by the Missouri Department of Mental Health found Roberts is “permanently incompetent to stand trial.”

The online listing was changed a few hours later to state only that a mental exam had been filed and sent to Judge Eric Eighmy for review.

Taney County Prosecutor Jeff Merrell objected to the order, so a competency hearing was held over two days in February and March. In June, Eighmy declared Roberts fit for trial.

In August, leading up to Roberts’ preliminary hearing, Egan filed a motion in state appeals court, and then in the state supreme court, to challenge Eighmy’s ruling that Roberts was fit to stand trial, but both courts denied the request.

Roberts’ case was then bound over to Taney County Circuit Court. Judge Tony Williams recused himself from the case, and it is now being heard by Greene County Judge Jason Brown.

Miller was reported missing on Feb. 21, 2015, and was found dead in Robert’s room. According to court testimony from Branson Police Sgt. Sean Barnwell, Roberts strangled Miller after she had come into his room and taken a snack cake. He said Roberts planned to “mess around with her sexually” and had pulled down her clothing, but that’s when someone knocked on Roberts’ door in the search for Miller, so Roberts’ put her body under his bed, which is where she was found.

A 550-page document from the Missouri Children’s Division of the Department of Social Services detailed its investigation into a series of hotline calls and accusations of neglect concerning Jasmine Miller.

According to the document, Roberts told an investigator he had been on “devil poison,” or methamphetamine, the night of Miller’s death. He also said he couldn’t remember everything clearly, but Jasmine came over to his room and he saw that she was stealing cakes, and he grabbed her with his hands and meant to “scare her,” the report stated. Roberts also told the investigator he did not know how Miller’s clothes came off, but suspected it was from dragging her across the floor and putting her under the bed.

The report also cited neglect as a factor in Miller’s murder. It stated that she “was unsupervised outside at a busy motel on the 76 Boulevard strip in Branson, and she walked to John Roberts’ room alone, went in alone and was murdered. Jason and Laurie Ballew (Miller’s stepfather and mother) did not know that she had gone into the room because they were not providing appropriate supervision of the child at the time of her disappearance.”