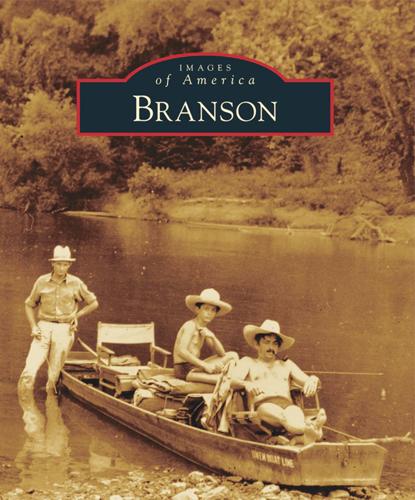 “Images of America: Branson” by Anita Roberts with a foreward by Jean Babcock, is currently available wherever books are sold. 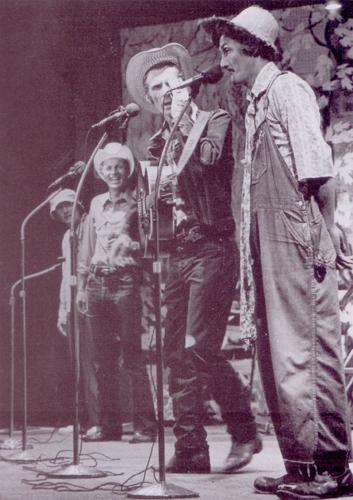 The Mabe Brothers, from left, Lyle Bob, Bill and Jim, started Branson’s first show, “The Baldknobbers,” 55 years ago. This is one of many historic images featured in the new book, “Images of America: Branson.”

“Images of America: Branson” by Anita Roberts with a foreward by Jean Babcock, is currently available wherever books are sold.

The Mabe Brothers, from left, Lyle Bob, Bill and Jim, started Branson’s first show, “The Baldknobbers,” 55 years ago. This is one of many historic images featured in the new book, “Images of America: Branson.”

A new book called “Images of America: Branson” features images from Branson’s past and celebrates the history of the city, the community and region.

The book’s author, Anita Roberts, of Springfield, put this collection of photographs together with cooperation and help from the Branson Centennial Museum and the White River Valley Historical Society.

“I hope my book on Branson will give visitors to the area some small insight into the history of the Ozark people,” Roberts said. “How their strength, perseverance and determination developed into the small town of Branson.”

Roberts has called the Ozarks home for nearly 25 years, citing her love for the history, people and beauty of the area as her main reasons for living here. As someone who always dreamt of being a published author, Roberts returned to Missouri State University where she earned a history degree.

While attending classes, she became an archival processor at the university’s archives and special collection department. She also produced several documentaries, including one of the Gillioz Theatre, where she is a volunteer.

It was during this time she was exposed to the history of the area, as well as several rarely seen photographs.

Before setting out on the nearly two-year process of assembling the book about Branson, Roberts published two other books, “Springfield: 1830-1930” in 2011, followed by “Wilson’s Creek National Battlefield: Civil War Collection.”

The forward for her latest effort was written by Jean Babcock, the curator of the Branson Centennial Museum.

“It was on the shores of Lake Taneycomo ... I first met Anita Roberts and we quickly discovered we were both curious about this area of southwest Missouri and its inhabitants, from Osage Indians to talented entertainers” Babcock said. “Anita’s idea for the this book developed as she researched information about the area and I sorted boxes of photographs, news clippings and personal papers gathered for a museum.”

The book uses pictures to tell tales of the past and how it connects to Branson’s present and future. The images cover everything from the rocky terrain of the wilderness, which made homesteading difficult but was perfect for hideouts for outlaws and bushwhackers following the Civil War, to the “Bald Knobbers” journey from masked vigilante group to Branson’s first musical show.

Early photos from Marble Cave, which began hosting cave tours in 1894, are also featured. Known today as Marvel Cave, it boasts the largest cave entrance room in the United States and remains a main attraction at Silver Dollar City.

“Images of America: Branson” also hits on author Harold Bell Wright, who penned “The Shepherd of the Hills” while recuperating in Ozark Mountain Country. The book also features the stories of a wave of tourism hitting the area in 1907, and traces it to the process of becoming the “Live Music Show Capitol of the World,” which it remains.

“Images of America: Branson,” is available at local bookstores, as well as online at arcadiapublishing.com.