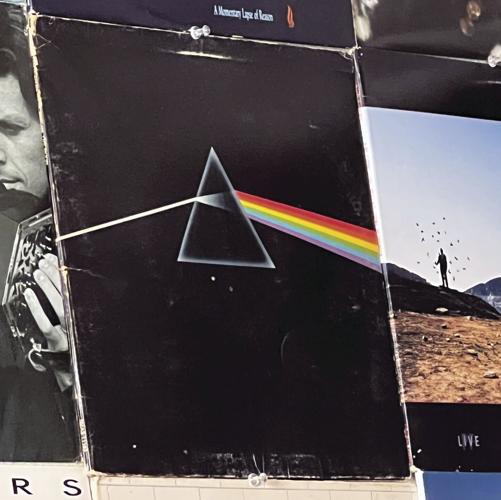 The cover of Pink Floyd’s “The Dark Side of the Moon” as it hangs on the author’s office wall. 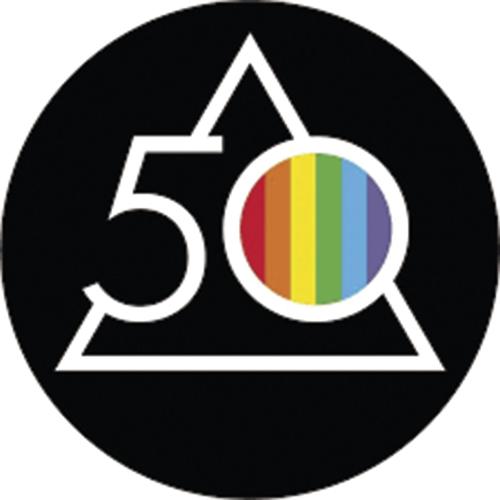 The Dark Side of the Moon 50th Anniversary avatar which caused a segment of ill-informed people to launch into a political tirade.

It’s time to stop entertaining those who inject their ill-informed political views into every single thing happening in life.

A new level of ignorance was reached this past weekend which highlights how much not only do people not care if they look completely ignorant, but how people will line up to support someone regardless of how wrong the person is in spewing their ignorance in grand ways. Displays of this massive ignorance not only make us all look bad, but they reduce the quality of our civic discourse, and can often derail attempts to make genuine improvement for communities.

So what happened over the weekend? Preparation for the anniversary of a great moment in music.

Fifty years ago, one of the best bands to ever form, Pink Floyd, put the finishing touches on an album which is a hallmark of progressive rock: The Dark Side of the Moon.

The album took Floyd over nine months to record during 1972 and 1973. The album, a concept album influenced by pressure the band faced because of issues related to the mental health problems of former member Syd Barrett, became one of the most critically acclaimed records in history.

The album is so influential the United States National Recording Registry by the Library of Congress has preserved copies of it for being “culturally, historically, or aesthetically significant”.

Pink Floyd’s social media channels were ramping up to celebrate the 50th anniversary of the album’s release by changing their icons and profile photos to parallel album’s cover: a ray of light shot through a prism showing a rainbow.

You know, what actually happens when you shoot a beam of light through a prism.

The pesky thing called scientific fact which can be easily and factually proven in such highly technical places as elementary school classrooms.

The cover was created by Hipgnosis, a British based art collective, and graphic designer George Hardie. The group was tasked by the band, specifically keyboardist Richard Wright, of coming up with something “smarter, neater, more classy” then previous album covers. The final cover was chosen because to the band it represented three things: the band’s stage lighting, the lyrics of the album, and Wright’s request for a simple, bold design.

This album was released in March 1973.

Within moments of Floyd’s channels changing their graphics, they were descended upon by Internet Based Experts on All Things who savaged the band for becoming giant promoters of the LGBT agenda.

Comments rained down on the band’s social media channels telling them to “lose the rainbow, you’re making yourself look stupid” and “can’t believe Pink Floyd have gone woke.” One poster asked if there was a “straight flag” because they wanted “equal representation.”

Those initial comments began to get a chorus of support from others who were tired of the “woke agenda” taking over everything and “shoving their agenda” in front of everyone.

These people who were shouting loudly were complaining Floyd was promoting the LGBT rainbow flag.

The LGBT flag which you see displayed by supporters of the movement was created in San Francisco by Gilbert Baker and Lynn Segerblom. The initial flag was a rainbow with eight colors.

Floyd’s album, as you remember from earlier, was released in 1973.

The two have nothing to do with each other.

Several Floyd fans, regardless of their view of the LGBT movement, began to fire back at the openly ignorant by pointing out these pesky facts. However, many of the “anti-woke” mob continued unabated in spewing their ignorance and supporting others who were pushing their completely wrong assumptions.

Gives a whole new perspective on the line from Floyd’s song “Another Brick in the Wall Pt. 2”: “We don’t need no education…”

While this is the most recent example of the arrogantly ignorant uncontrollably spewing their sewage with no integrity or shame, it is far from the ways open ignorance is coddled and celebrated in our society.

The Flat Earth Society, for example, has members who (seriously) claim Australia is fake and all “Australians” are actually paid actors under the control of NASA.

Conspiracy theories which have been conclusively disproved abound and it doesn’t take long on the internet (or, often, at public debate situations) to find someone who is not only pushing these lies but are completely uninterested in facts and truth which show them to be wrong in their beliefs.

They’re the living embodiment of Proverbs 18:2 (ESV): “A fool takes no pleasure in understanding, but only in expressing his opinion.”

Those fools are quick to respond to corrections with “it’s America and I have the right to believe what I believe” or “you can’t tell me what the truth is, I have my own truth.” (If they don’t just begin yelling their nonsense as if somehow raising volume makes false statements fact.)

Real truth exists. When we ignore truth and placate the willfully ignorant, we allow them to think they’re somehow contributing positively to society, when we’re just encouraging them to continue to live in a harmful world of fantasy, self-delusion, and self-importance.

It’s time for those of us who are interested in reasoned, intelligent, fact-based, truth-centered discussions, regardless whether we’re on the political left, right, or center, to stop entertaining those who clearly have zero interest in actual truth. We need to stop providing platforms for those who would think Pink Floyd magically predicted the LGBT movement multiple generations ahead of time or NASA would actually pay Yahoo Serious to exist by continually responding to their idiocy.

If you find yourself dealing with these people online, if you realize after showing them proof of their faulty position they are just going to continue to rant, it’s time to unfriend, block, or unfollow them.

If you’re in a real life situation, just get up and walk away. If you’re running some kind of community event or meeting and someone is going on about something irrelevant to your group or they’re trying to inject extremist propaganda, cut them off until they get on topic, or just move on.

They won’t be happy about it, but it’s time to stop placating those who choose to revel in ignorance.