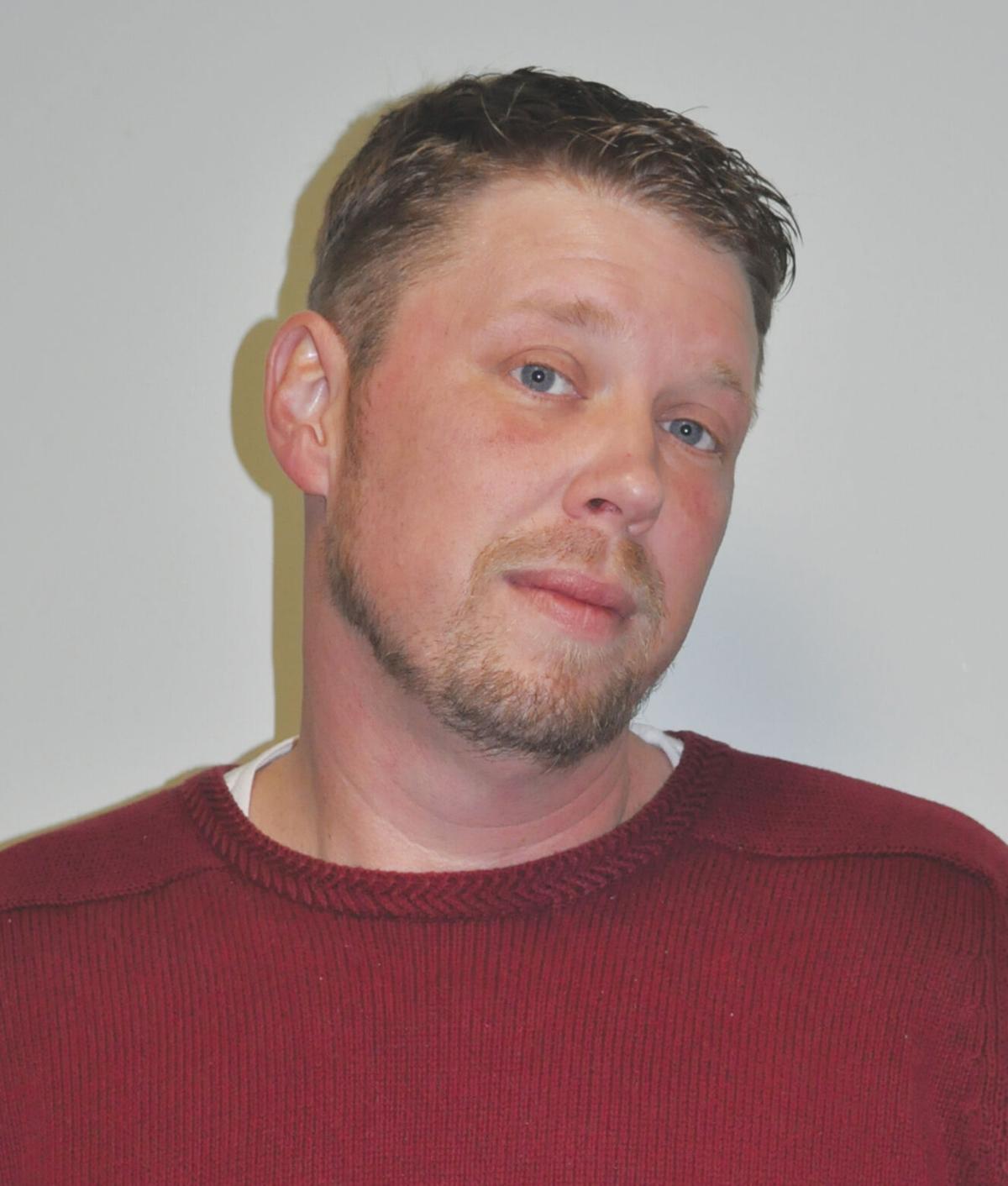 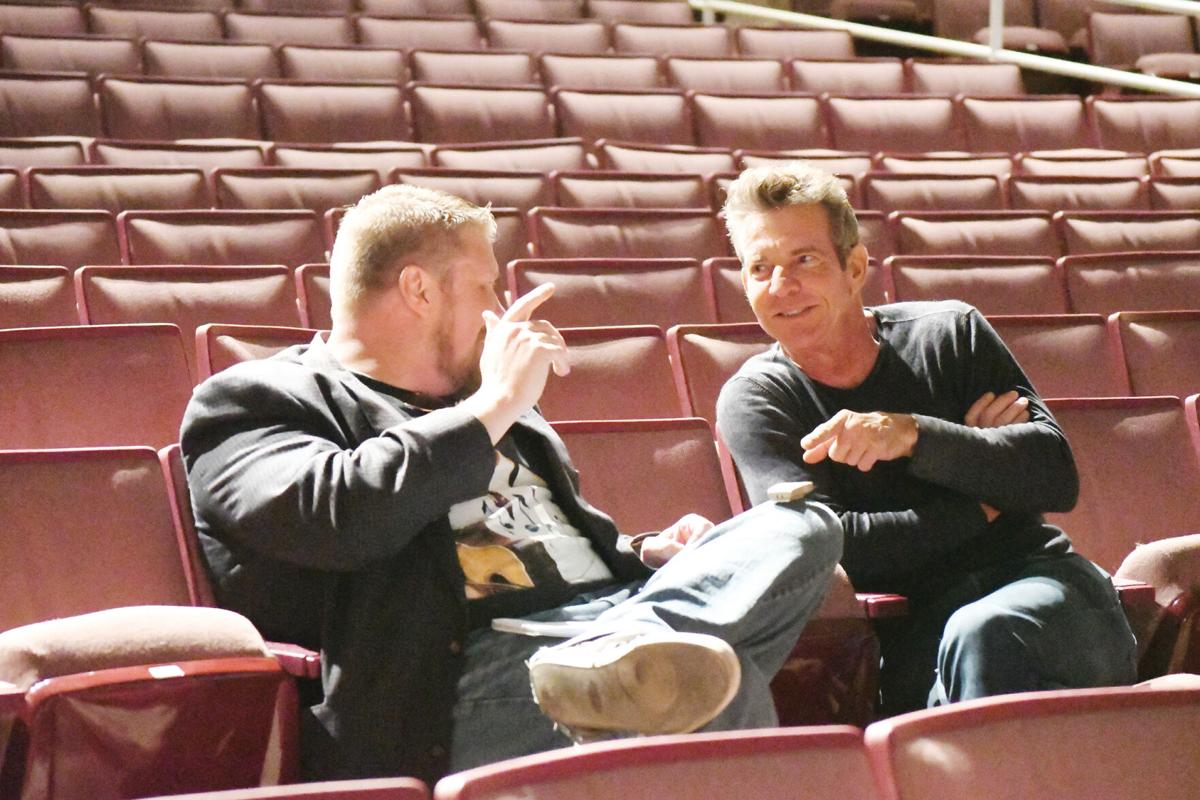 Joshua Clark, left, chats with Dennis Quaid at the Mansion Theatre in 2017.

Joshua Clark, left, chats with Dennis Quaid at the Mansion Theatre in 2017.

Well Loyal Reader(s) my time as Entertainment Editor here at the Branson Tri-Lakes News has finally come to an end. Next week I’ll begin pre-show prep for my new career adventure as a radio man, co-hosting a new show on 106.3 KRZK called “The Upside,” along with Russell Willoughby.

Even though I’m awful excited about this new opportunity, I’m also as scared as can be. Occupying a timeslot which has been home to Janet Ellis over the past 26 years is quite the daunting task, and I find myself reciting “The Astronaut’s Prayer” several times a day.

Anyway, since 2009 I have been fortunate enough to have a career I never considered to be “real work.” In fact, I’ve often told folks I couldn’t believe “this was really real life.”

To say I’ve been blessed is an understatement.

First off, I want to give a special thanks to those people who became my family at the Branson Tri-Lakes News, both past and present. This business took a chance on a guy who had minimal experience, at best, in the newspaper business, then gave me the opportunity to carve out my own niche.

I also want to send some love to those folks I don’t get to see on a daily basis anymore, even though they also had an impact on my time at the paper. Special thanks to the Lancaster family, Michael and Nathan Schuver, Lisa Soto, Chad Hunter, Mindy Honey, Pat Dailey, Rex Maynor, John Robinson, Kris Collins, Shelly Beckham, Phil Surratt, Lauren Healey, Elizabeth Barmeier, a cavalcade of interns, Bailey Vassalli and Jim Connell. Also an extra special shout out to Sara Karnes, who always made me look a whole lot better than I deserved.

Much love to Bob Cannella from Up Close Concerts for always making it possible for me to interview the “big names” he brings to town.

I’ll also miss my Loyal Reader(s), but I’m hoping they’ll extend the same love to Tim Church, the new entertainment editor, they have to me. Plus, I’ll be on the radio every Monday through Friday  from 6-9 a.m., so I’m hoping y’all will all tune in for a spell.

I also have to thank Robb and Jeannie Horton, Mike Patrick, Janet Ellis, Lisa Rau, Jeff and Glenda Justus and Kari Garrison, for always believing I could do anything at all, even when I didn’t know if I could.

Throughout my (off and on) 11 years here at the Branson Tri-Lakes News, I’ve been lucky enough to meet, chat with, and see some of the greatest entertainers of all time here in Branson. From getting Dennis Quaid to slip into his “Jerry Lee Lewis,” watching Country Music Legend Mickey Gilley (17 No. 1 hits) hit the golf course after being paralyzed, watching Hank Jr. perform for nearly 10,000 people at the Big Cedar Shooting Academy, seeing my brother from another mother Bucky Heard get to live his dream as one half of the Righteous Brothers with Bill Medley, watching Silver Dollar City unveil one world-class experience after another, as well as getting to see Country Music Hall of Famer after Country Music Hall of Famer grace the Branson stages.

The last decade-plus has been a whirlwind. I could honestly go on and on about all the cool things I’ve got to be a part of, but instead, I thought it would be fun to include some favorite photos and events of my time here at the Branson Tri-Lakes News.

So thanks for the memories, the opportunities and this life. I wouldn’t be where I am today without each and every one of you, and for that, I’m eternally grateful.