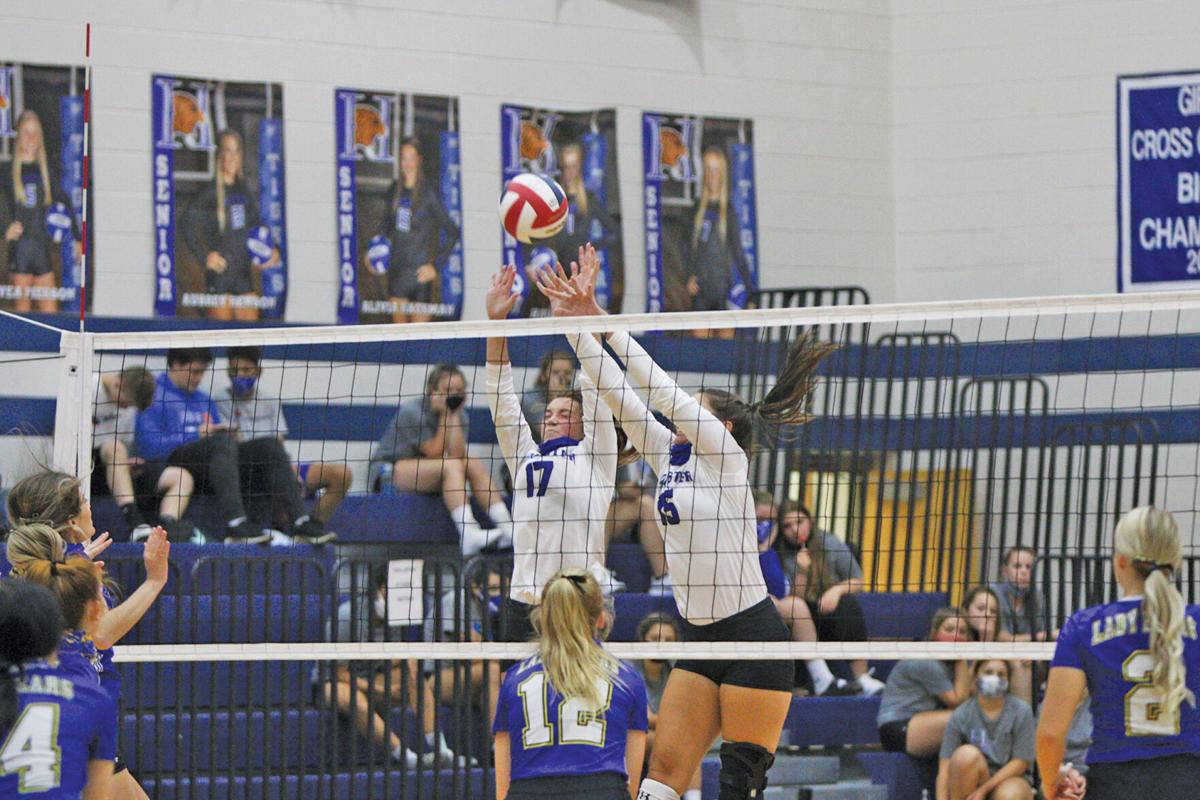 Junior Emily Young and senior Alivia Hackman go up for a block in Hollister’s match against Ava Tuesday. The Lady Tigers came out with a 3-1 win. 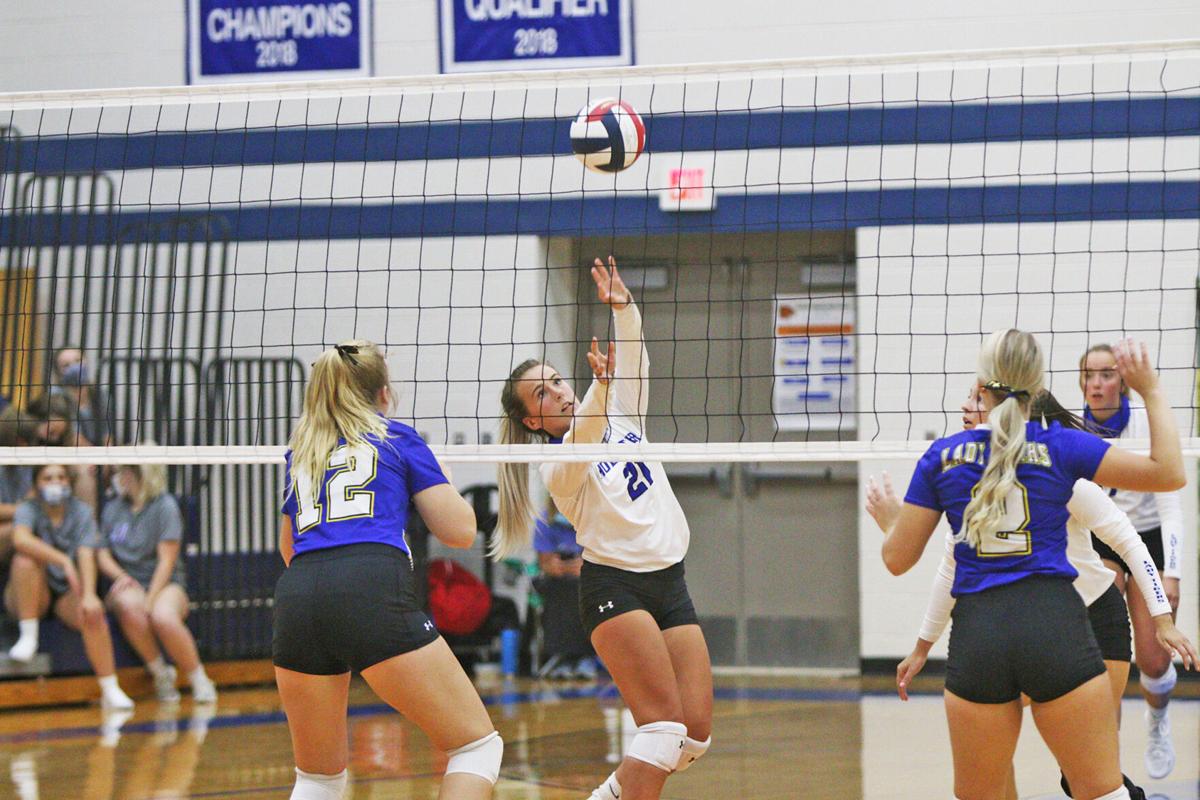 Junior Emily Young and senior Alivia Hackman go up for a block in Hollister’s match against Ava Tuesday. The Lady Tigers came out with a 3-1 win.

There’s no shortage of fall sports in the area, here’s a bit of an update on how teams are performing so far this season.

–Branson volleyball started its season at their Invitational, where the team went 3-2 winning matches over Cassville, Clinton and Republic. They’ve since added two losses and a win to their season. Their record stands at 4-4.

–Branson boys soccer is 2-1 after a season opening loss to Carthage and two wins against Springfield Catholic and Carl Junction.

–Branson softball started the season out with two wins, but it’s been pretty back and forth since. Their record is 3-3 for the season.

–Branson girls tennis is 1-3 for the season, with their one win against Joplin.

–Branson football is 0-2 for the season prior to their game against Carl Junction.

–Hollister volleyball started its season on September 3rd. They’ve since picked up two wins in each of their matches. Their record stands at 2-0.

–Hollister football is 0-2 prior to their game against Seneca.

–Reeds Spring also opened their volleyball season at the Branson Invitational losing two matches to start out, but picking up two wins against Summit Christian Academy and Parkview and tying with Republic. Since the invitational, the team has picked up two additional wins, leaving their record at 4-2-1 for the season.

–Reeds Spring softball is 0-4 for the season.

–Reeds Spring girls tennis is 2-5 for the season, with two wins against Hillcrest.

–Reeds Spring is 1-1 for the season prior to their game against Springfield Catholic.

–Forsyth’s volleyball season started out on the first of the month, where they lost to Skyline. They’ve lost once more to Strafford, leaving their record at 0-2 for the season.

–Forsyth girls tennis is 0-1 after losing at Logan-Rogersville.

–Forsyth football is 1-1 after winning their home opener, but losing one on the road to Buffalo.

–Blue Eye volleyball started their season out with a loss to Berryville late last month, but they picked up a win against Cassville the next day. Their record is 1-1 for the season.

–Blue Eye baseball is 1-1 after a season opening win against Hurley, and a loss against Purdy.

Football is a family game for Hawkeyes' Plumb